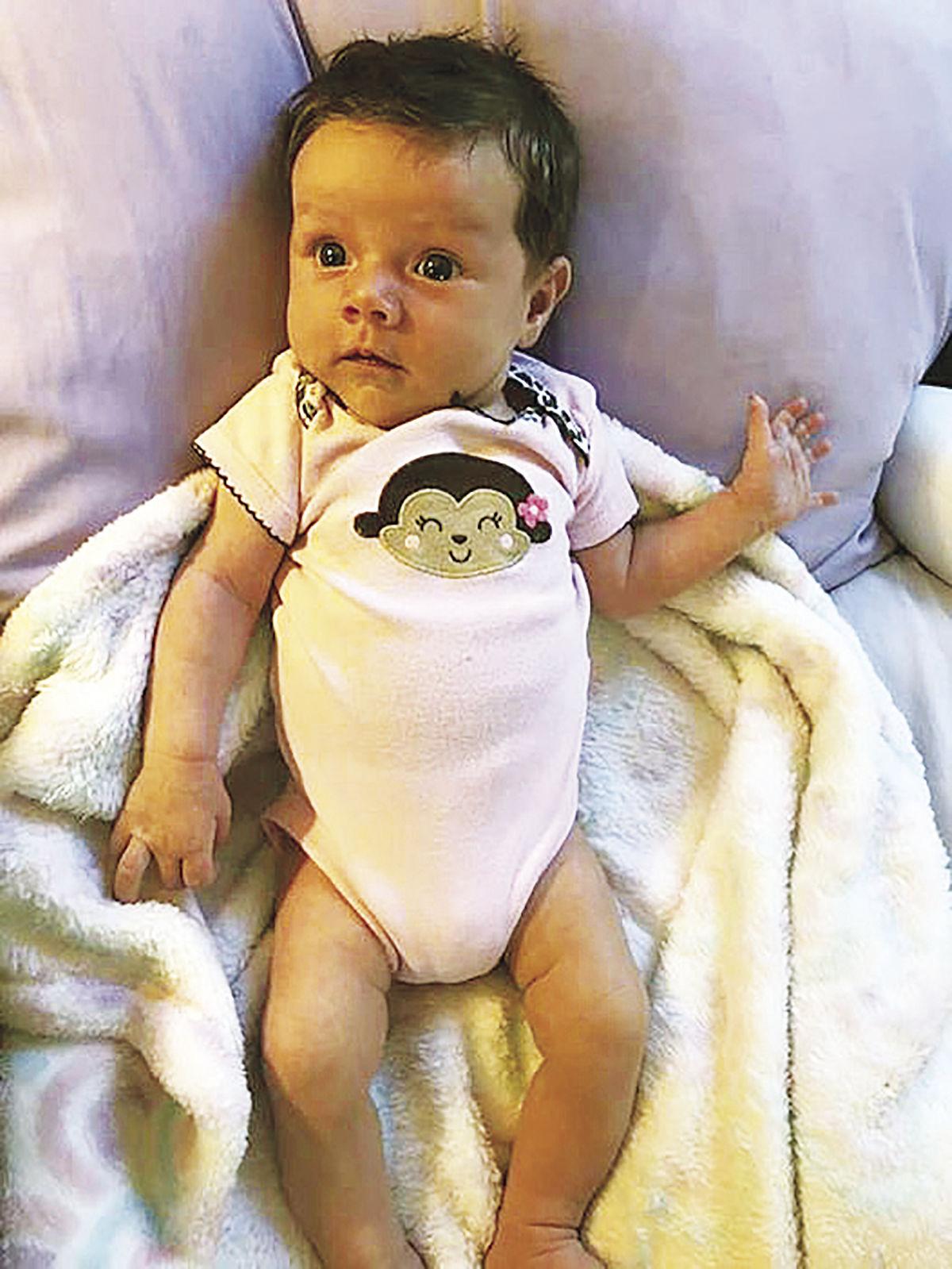 One month before this photo was taken, Samanth Mazuelos-Chaney delivered Baby Evie in the front seat of her mini van, with 911 communications operator Monica McCullough on the phone coaching. First responders arrived just a minute after the baby was born. 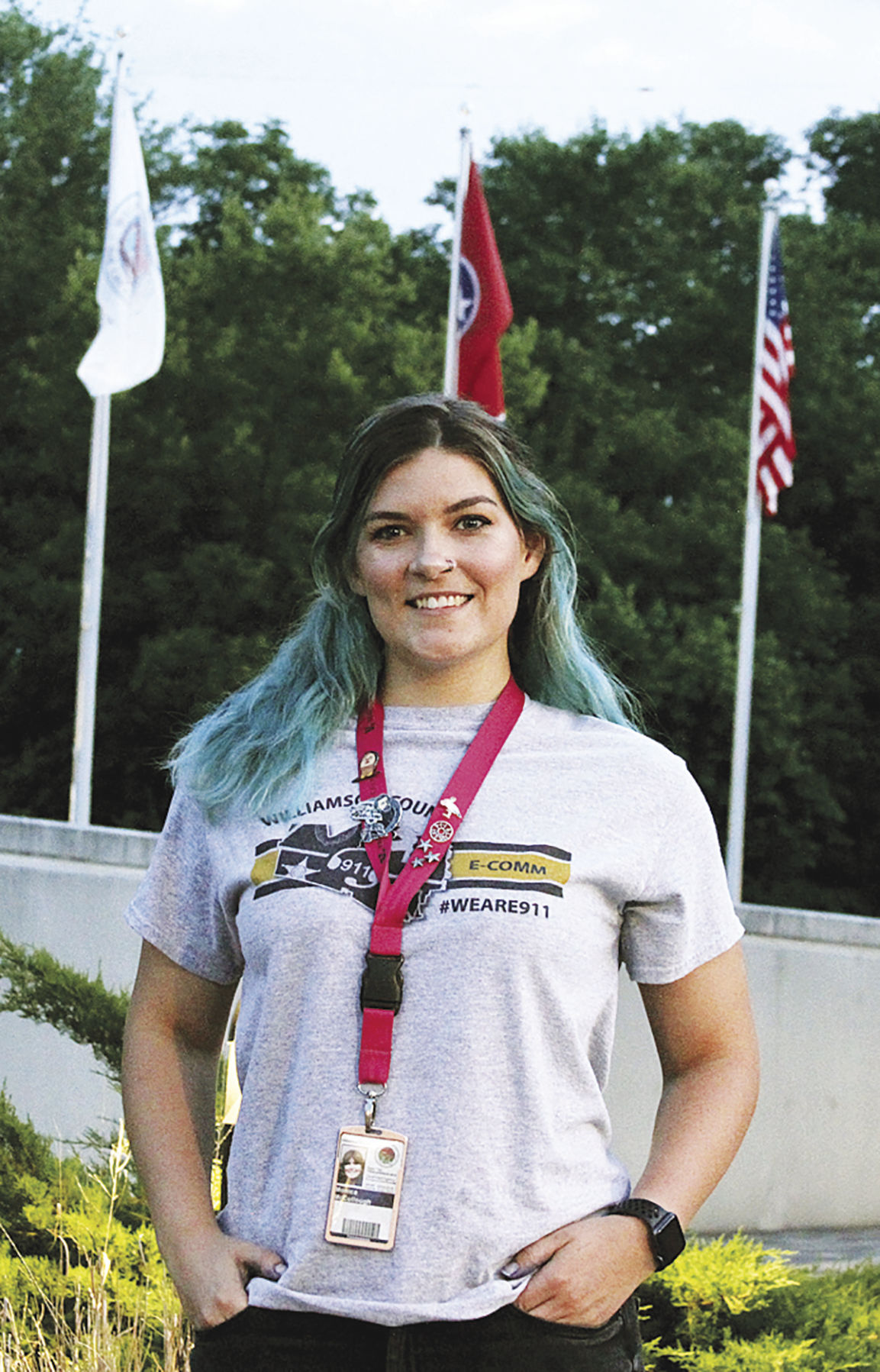 Monica McCullough has been with Emergency Communications (911) for two years. On May 1 she helped a woman deliver her baby in a mini van. Baby Evie was born before First Responders arrived. 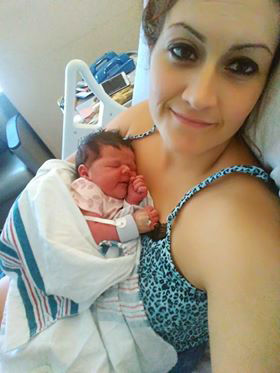 Samantha Mazuelos-Chaney and Baby Evie settled in at Vanderbilt University Medical Center after 911 communications operator Monica McCullough helped her deliver Evie in her mini van. First Responders arrived a minute after the baby was born.

One month before this photo was taken, Samanth Mazuelos-Chaney delivered Baby Evie in the front seat of her mini van, with 911 communications operator Monica McCullough on the phone coaching. First responders arrived just a minute after the baby was born.

Monica McCullough has been with Emergency Communications (911) for two years. On May 1 she helped a woman deliver her baby in a mini van. Baby Evie was born before First Responders arrived.

Samantha Mazuelos-Chaney and Baby Evie settled in at Vanderbilt University Medical Center after 911 communications operator Monica McCullough helped her deliver Evie in her mini van. First Responders arrived a minute after the baby was born.

In 911 jargon, the unicorn call, or white buffalo call, means a rare call, one most telecommunicators never get.

Early in the day on Friday, May 1, Monica McCullough, with less than two years of experience as a telecommunicator at the Williamson County Communications Center, located in the Public Safety Center, answered one such call.

McCullough’s call area is Fairview and Nolensville on the night shift. It had been a rough week with a lot of “negative” calls when she picked up the phone at 4:19 a.m. and said, “911, what’s your emergency?” She never expected a woman to say she was going into labor in a car on the side of the road.

Fairview resident Samantha Chaney was scheduled to have a C-section at Vanderbilt University Medical Center at 9 a.m. that day, but around 3 a.m., she woke up with severe pains.

“I didn’t know what a contraction was,” she said. “I never took a Lamaze class, so I wasn’t prepared.”

Chaney had a C-section with her oldest daughter, 5-year-old Amalia, and was prepared for another one with 2-year-old Fiona.

In between contractions, she managed to get the girls and their to-go bags into the minivan and headed east through Fairview on Highway 100, but the contractions increased, so she called her mom and suggested she head west and meet her at a Kroger parking lot.

The contractions exacerbated. She had to pull over. Chaney finally found a spot near the Fairview Post Office and called 911.

“I asked her where she was, pinged her location and sent it to EMS,” McCullough said. “I asked her what number pregnancy this was.”

Chaney told McCullough her two young kids were with her and she was scheduled to be induced later that morning.

“The girls were on edge — concerned and worried,” Chaney said.

McCullough pulled up the operator’s standard operating procedure (SOP) pregnancy card. She could tell Chaney was having full contractions and told her supervisor, “She’s having the baby right now.”

Following the SOP card, McCullough told Chaney to lie down and make sure there was nothing constricting the baby. Chaney couldn’t lie down. She had a steering wheel and big belly preventing much movement, so she kicked open her door and turned slightly.

“I was doing deep breaths with her, and suddenly, the baby was born,” McCullough said. “I asked if it was breathing. She said, ‘Yes, and it’s a baby girl.’”

Just one minute after the baby was born, Officer Wesley Dunton with the Fairview Police Department arrived, EMS and the fire department right behind him.

“The mom did amazing,” McCullough said. “She handled it well, she was calm. I was so shocked and impressed she listened to me with no hesitation. Before I disconnected, I said congratulations, and everyone clapped for her. When I got off the phone, I was shaking. It was amazing how my coworkers immediately took over my other calls and duties so I was able to help.”

Very rarely does the baby make its appearance before the ambulance arrives. It’s unheard of in Williamson County, McCullough said.

“In 32 years, my supervisor only had one or two [baby] calls, and they were fully delivered by paramedics,” she said.

EMS took over, aspirated the baby — she didn’t cry until she was aspirated — and got mother and baby into the ambulance, cleaned them up and waited until grandma showed up before heading to the hospital.

Afterwards, Chaney recalled while she was on the phone putting it on speaker and may have blacked out at some points. She could hear McCullough talking, “but it didn’t register.” She could hear Amalia cheering her on and Fiona telling her to drink some water, but it seemed like a blur. She did remember catching the baby, gathering her up to her chest and cradling her.

Six weeks later, Chaney looked back and said, “It was all planned — until it wasn’t. It was surreal.”

McCullough was finishing her associate’s degree at Columbia State Community College when her counselor suggested she’d be a good match at the 911 call center. After a semester internship with 911, on June 4, 2018, she was hired.

“I like helping people, but nursing isn’t for me,” she said.

However, in this job, she uses a lot of nursing skills on the phone. McCullough went through the two-month training program, then began taking non-emergency calls with a supervisor before she was left on her own. She recalled her worst call was a drug overdose.

McCullough kept her composure and followed her SOP cards. The police showed up in less than four minutes, although to McCullough it seemed an eternity. They administered Narcan and transported the patient to Williamson Medical Center.

Telecommunicators work behind the scenes and often go unnoticed.

When a person calls 911, calming the caller and addressing the emergency are top priorities. The operator is rarely known. However, in their world, operators receive pins as recognition for jobs extra well done.