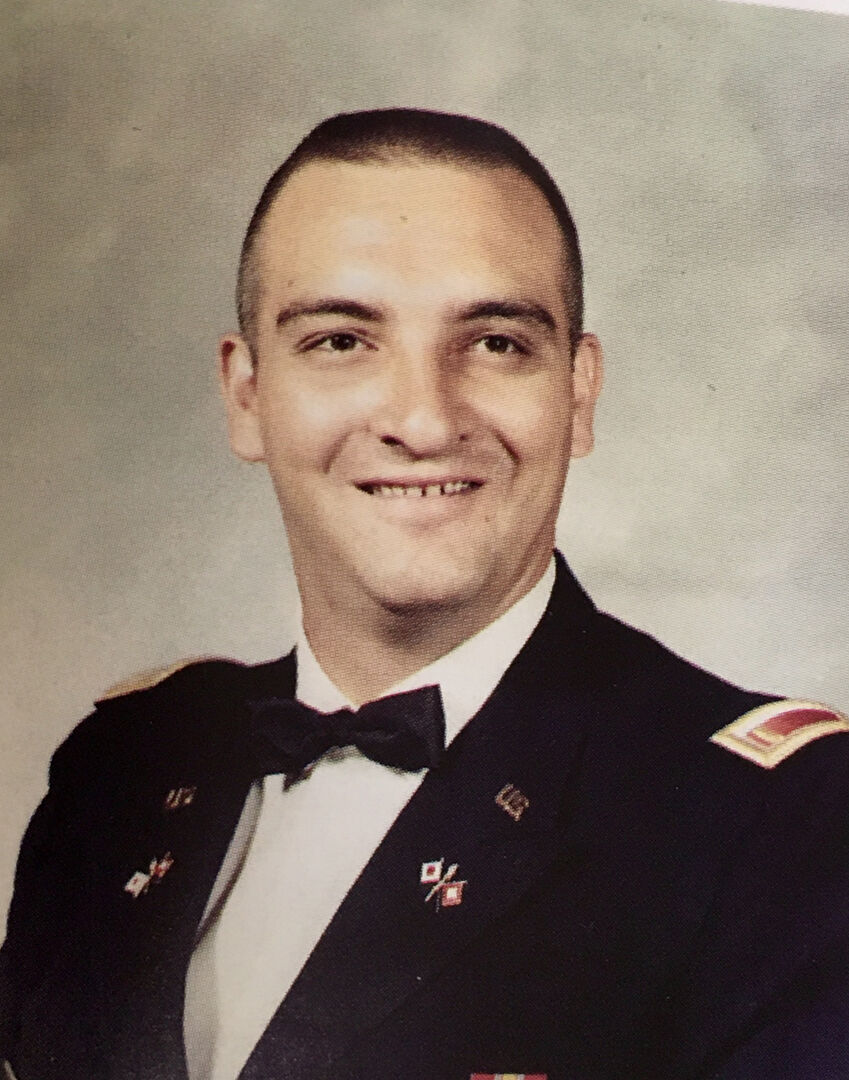 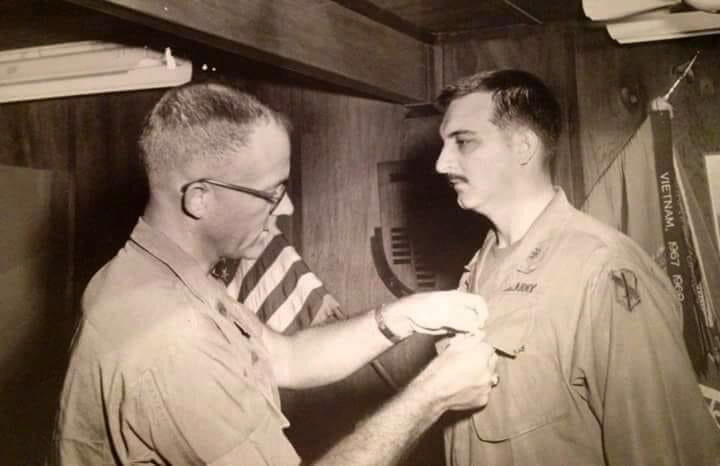 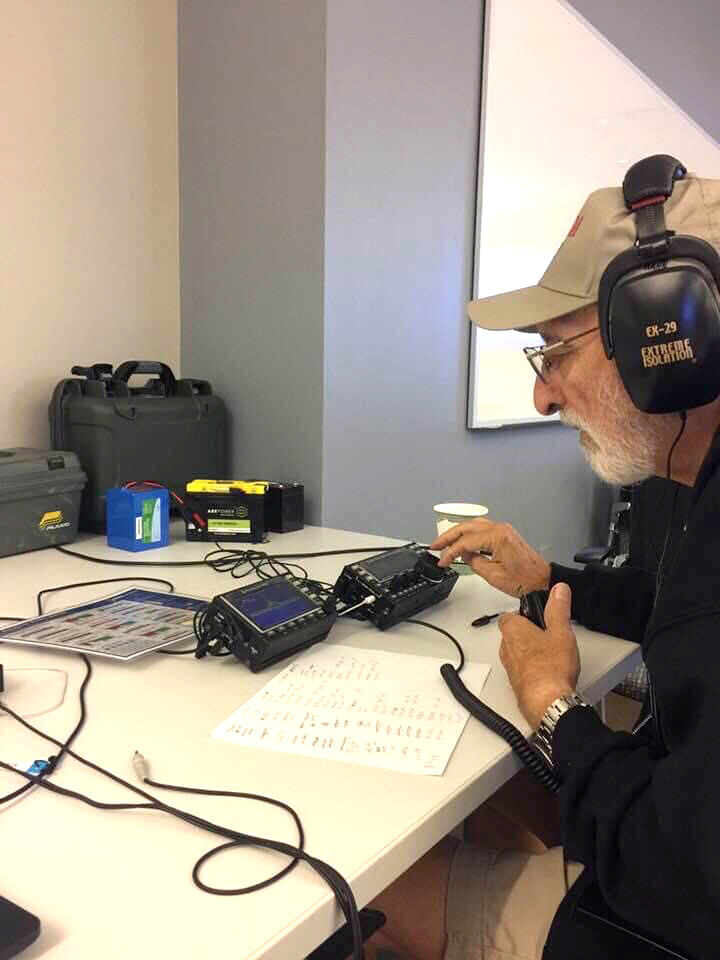 David Ausbrooks never gave up his interest in radios. He is currently a member of the Williamson County Amateur Radio Emergency Services (WCARES) amateur radio operators.

David Ausbrooks never gave up his interest in radios. He is currently a member of the Williamson County Amateur Radio Emergency Services (WCARES) amateur radio operators.

After graduating from Austin Peay State University in 1966 with a degree in industrial engineering and a minor in math, David Ausbrooks had at least one thing to look forward to: his draft notice.

A conversation with the Clarksville draft board confirmed he’d likely receive the notice in three months. Rather than wait, he enlisted in the Army. On Jan. 1, 1967, Ausbrooks ushered in the new year by heading to Fort Dix in New Jersey for basic training.

With basic training complete, Ausbrooks returned to Clarksville to marry his girlfriend, Linda, in May 1967 and had a short honeymoon before leaving for Fort Gordon in Georgia for 18 weeks, training at Officer Candidate School (OCS). Upon graduation in August, Ausbrooks was promoted to second lieutenant, sent to Fort Monmouth for Advanced Officer Training and then, with his bride, he returned to Fort Gordon as company commander over 500 men and received advanced engineering education in electronics.

A year later, in September 1968, Ausbrooks was sent to Vietnam, assigned to the 16th Signal Co. 54th Signal Battalion located in the Central Highlands, a mountainous area of South Vietnam. He served as company motor officer and a platoon leader for the Fourth Radio Relay Platoon and later the Third Radio Relay Platoon.

“The Central Highlands had a lot of green foliage and was very hilly,” Ausbrooks said. “It reminded me of the Smoky Mountains only without the smoke.”

The communications the 54th Signal Corps set up were critical to units such as II Corps Tactical Zone near the Demilitarized Zone (DMZ) between North and South Vietnam.

The 54th Signal Corps’ major responsibility was to create and maintain the lines of communication between command headquarters, companies and brigades within the 4th Infantry Division. They did it at locations on the taller mountains in the area near An Khe in the Gia Lai Province, about 150 miles east of DaNang and 15 miles from the Cambodian border, according to Ausbrooks.

“Using the elevations and weather conditions, we were able to stretch the signal to 150 miles — normally the signal went 100 miles,” Ausbrooks said. “[On a 25-line switchboard] we tied together 10 different locations with VHF radios ... to communicate with various areas. It was an impossible shot we made possible.”

Their biggest challenge was rain, mud and dust. During the rainy season, it rained 24 hours a day for days. Everything was always wet, a problem when dealing with electronics. Mud was 4 inches thick, but when the rain stopped, within a couple hours the mud roads were thick with dust.

While assigned to headquarters in Pleiku, one of Ausbrooks’ special duties as platoon leader was to meet with the chief of the Montagnard, the indigenous people of the Central Highlands. The meeting was for a request to allow tribal members to work for the American military filling sand bags and building bunkers.

Ausbrooks took along a staff sergeant interpreter to help with the negotiation.

“It was expected I have a meal with the chief,” Ausbrooks said. “The meal served was rice, corn on the cob and cubes of meat.”

Ausbrooks was feeling good about the negotiations when he and the staff sergeant returned to their compound. One reason was a bracelet the chief gave him as a sign of friendship and respect.

“I wore that bracelet for many years after coming home from Vietnam,” Ausbrooks said.

He was feeling less good about the meal after the staff sergeant inquired about whether he enjoyed it. Although he couldn’t identify the meat, Ausbrooks said it was okay.

“I learned it was rodent — in fact, it was rat. I made certain all future negotiations with the chief did not occur during meal time,” Ausbrooks said.

At their location, Ausbrooks said they didn’t do much fighting, but they often experienced mortar fire. When one hit nearby, his platoon would help clean up the damage. Often, they would discover some of the dead were North Vietnamese combatants, some they recognized as having done odd jobs for Americans in other units.

Because of what Ausbrooks accomplished in maintaining fluid and reliable communication lines, he was awarded the Bronze Star for Meritorious Service.

“In connection with military operations against an armed hostile force in the Republic of Vietnam, he worked diligently to keep the company deadline rate to an absolute minimum while maintaining all his platoon’s equipment in a high state of readiness. ... Lt. Ausbrooks consistently provided the II Corps Tactical Zone with high quality communications,” the Bronze Star citation reads.

Ausbrooks kept strong communication lines while remaining attentive to the men he led and improving the company’s living conditions.

“Lt. Ausbrooks’ outstanding initiative and interest in mission accomplishment were in keeping with the highest traditions of the military service and reflect great credit upon himself, his unit and the United States Army,” the citation continues.

Ausbrooks left Vietnam in August 1969. He planned to remain in the military, but options for a new assignment were limited. The two offered to him — Ft. Gordon and Ft. Huachuca — weren’t acceptable.

Ausbrooks’ next life journey took several twists and turns after he returned to Tennessee. From a supervisor with Acme Boot Company to selling insurance — not his favorite — and being an OSHA inspector, safety engineer and director of human resources at factories and a local hospital, the Ausbrooks family was led to different locations until they landed in Franklin. In the meantime, Ausbrooks was also taking a variety of educational courses, leading to a degree in jurisprudence, earned in 1986. He didn’t take the bar until 2003 when his daughter began her own law practice, then retired for the third and last time in 2018.

Ausbrooks said if he had a do-over, he would join the military again; it was the return home that was difficult.

“We got great training and I learned a lot,” he said.

Returning home from Vietnam in 1969, Ausbrooks was hit with protests against the war, protesters spitting on the soldiers, throwing stuff at them and calling them baby killers with a complicit media shining a bad light on them.

“It was so disappointing coming back. We were treated like criminals for serving our country,” he said. “In the military, I learned things aren’t always what they appear to be; there’s more than one way to do most things, and humans are more adaptable and compliant than they think.”