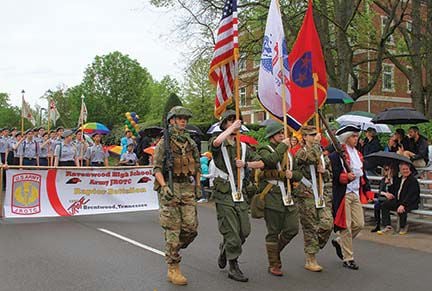 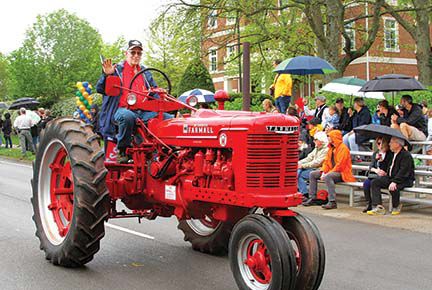 Tractors are still an important part of Brentwood life today. 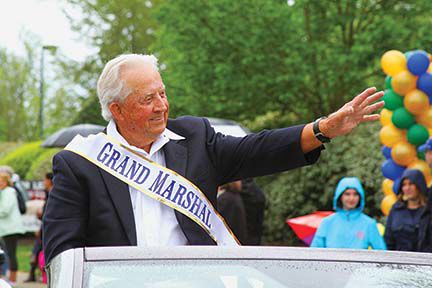 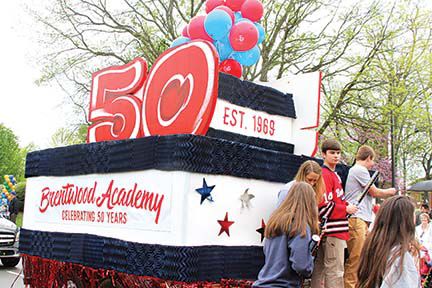 Brentwood Academy celebrates its 50th birthday along with the city of Brentwood. 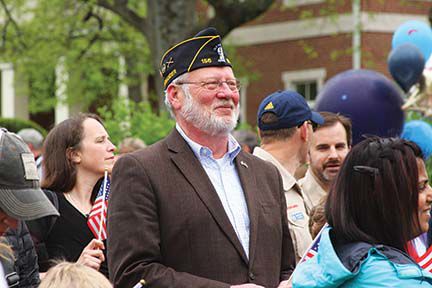 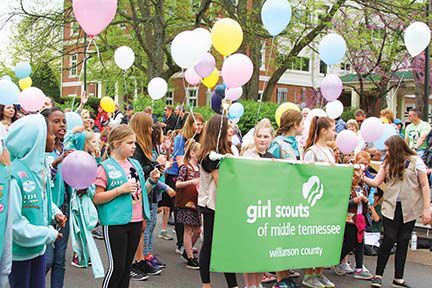 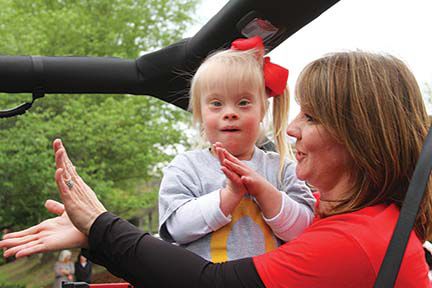 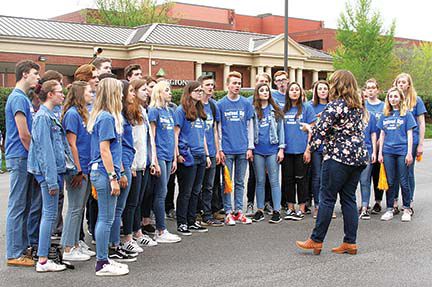 The Brentwood High School Choir performs the National Anthem for sponsors and dignitaries to commence the parade.

Tractors are still an important part of Brentwood life today.

Brentwood Academy celebrates its 50th birthday along with the city of Brentwood.

The Brentwood High School Choir performs the National Anthem for sponsors and dignitaries to commence the parade.

The Streets of Brentwood were lined with people despite the threat of rain  Saturday, April 13 for Brentwood’s Golden Gallop Parade celebrating the city’s 50th birthday.

Jim Redd, who was a member of the committee to recommend incorporation in 1969, was the parade’s grand marshal, and Goldie, a palomino owned by DaNel Hicks, a Brentwood native who now lives in Murfreesboro, was the parade mascot.

Brentwood High School kicked off the parade with the "National Anthem" in front of the VIP bleachers for sponsors and special guests, and the Lipscomb Elementary fourth- and fifth-grade dance team provided entertainment as the VIPs waited for the parade to pass by their location in front of City Hall.

More than 100 floats and groups, including schools, marching bands, scouts, businesses, political leaders and candidates, and even mule wagons and horses, which provided a glimpse of the city’s past, participated in the celebratory event.

Be sure to join the BrentFest Community Festival in June 15 in Crockett Park and the Rendezvous at Ravenswood Gala on Oct. 10 at Ravenswood Manor.

For information about the City of Brentwood’s yearlong 50th birthday celebration, go to www.brentwoodtn50.com.