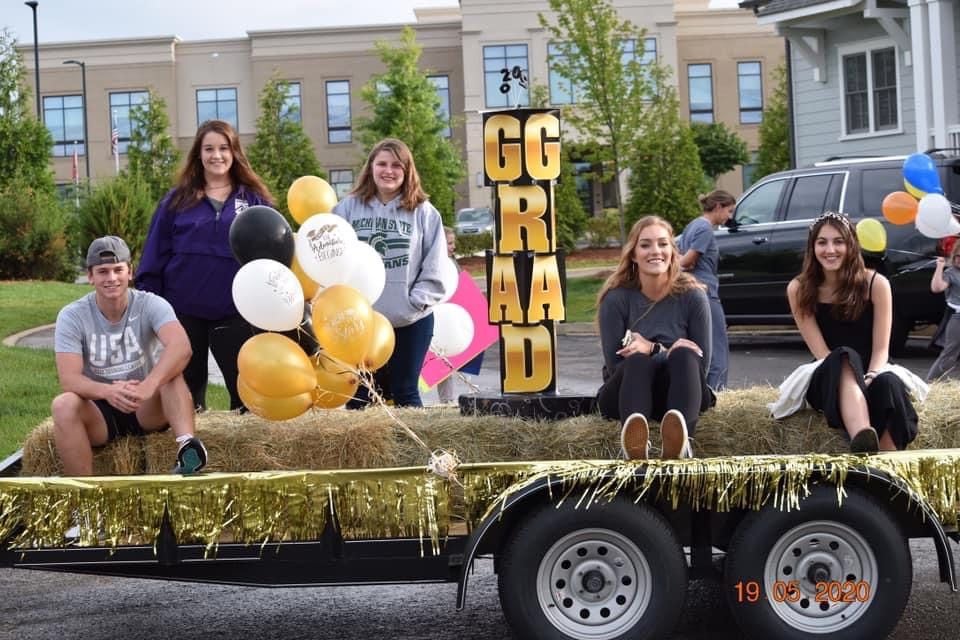 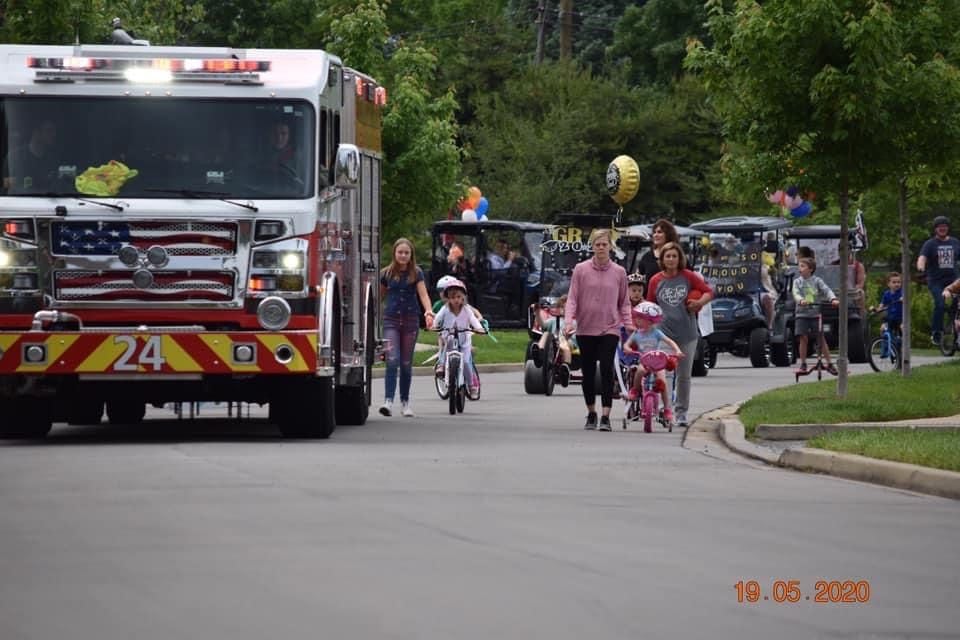 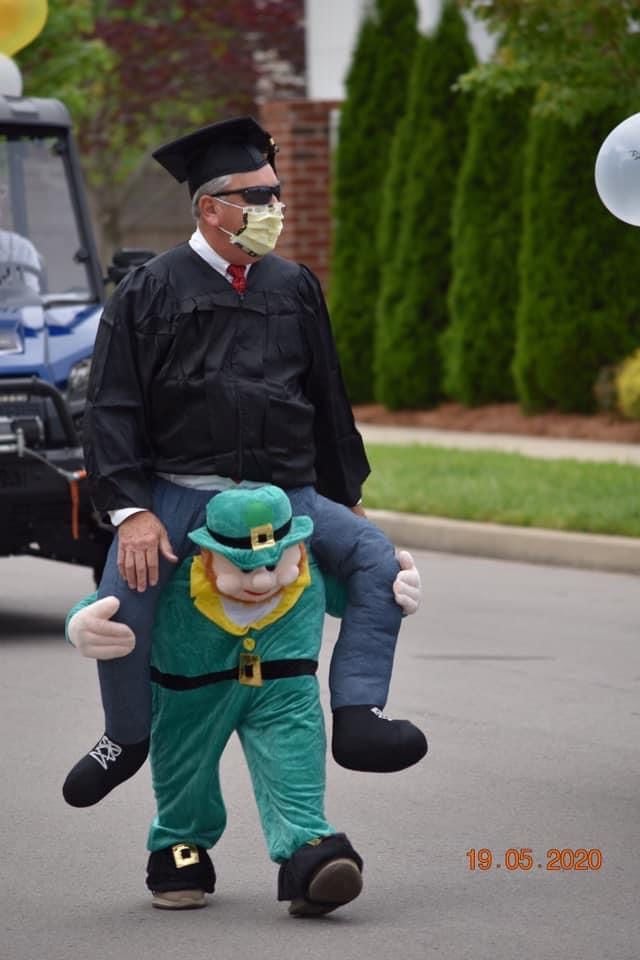 Some dressed up in their caps and gowns, adding a goofy element or two. 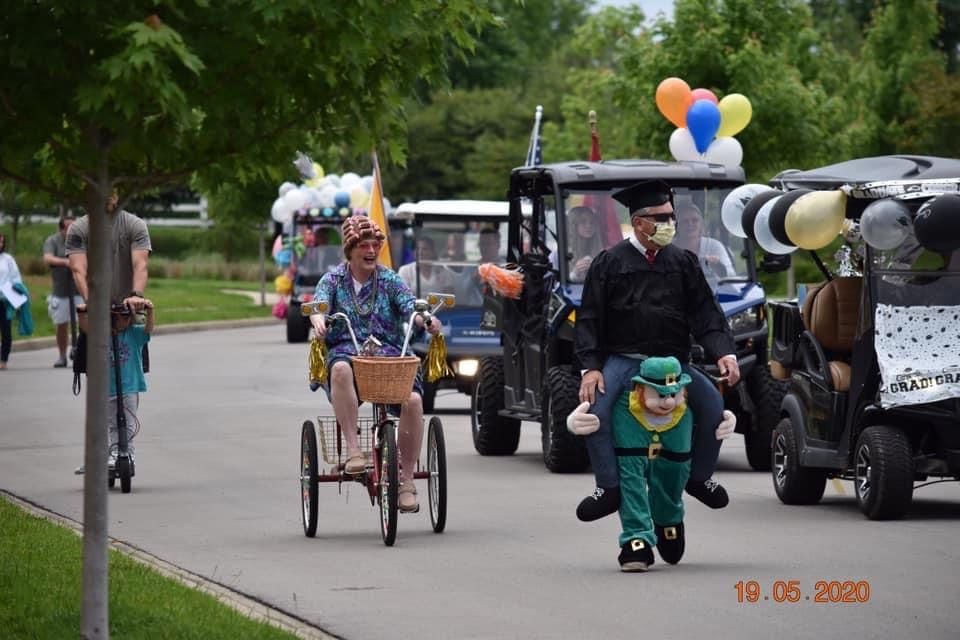 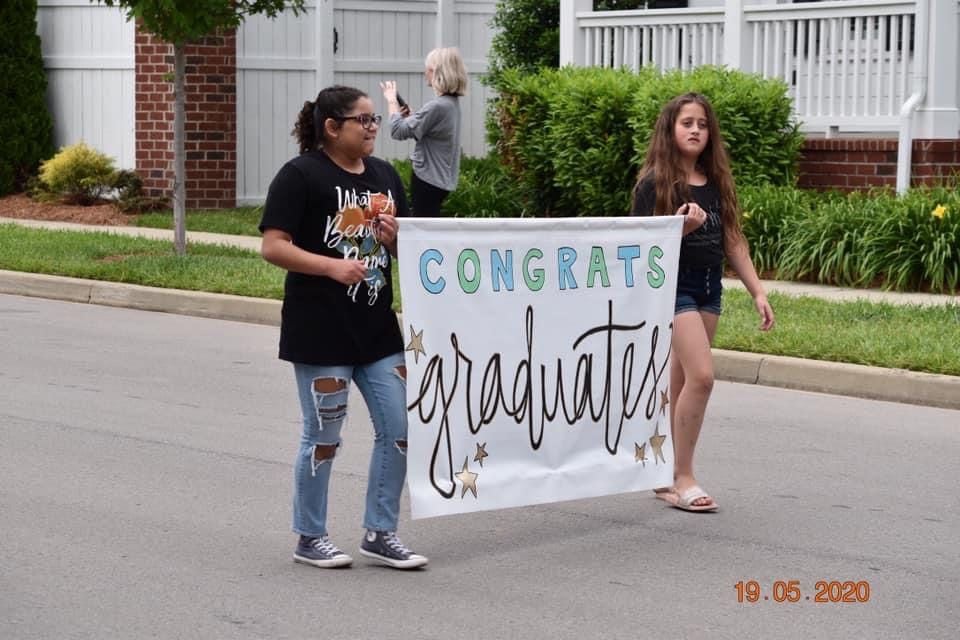 Some dressed up in their caps and gowns, adding a goofy element or two.

Berry Farms residents held a parade on Tuesday for the 18 graduates in their neighborhood to lift their spirits during this time of cancellations and isolation.

Five graduates in the neighborhood were high school seniors and 13 earned higher-ed degrees, including doctorates of veterinary medicine, physical therapy and pharmacy.

Marta Eynatten, who is one of five members of the neighborhood’s social and hospitality committee, said that Berry Farms is a very tight-knit community and this was just one way for residents to connect outside their homes during this time.

“We’re such a close-knit community, so it has been difficult, but I would say we’ve done a great job of staying connected as much as possible,” she said.

Eynatten said that the neighborhood normally holds monthly potlucks and happy hours in addition to holiday celebrations, but COVID-19 has put a damper on the regularity of these events. However, she said this parade was very timely as it followed a very difficult event for the neighborhood, that being the recent violent attack of two residents.

“It was perfect timing ... everyone needed some smiles,” she said.

The parade did bring smiles as some graduates dressed up in their caps and gowns, some decorated a trailer with balloons and the entire crew was escorted by Christian Tidmore of the Williamson County Fire Rescue Squad in a firetruck.

After the parade full of homemade signs and custom “floats” made from golf carts, unicycles and tricycles, neighborhood residents held a small ceremony to give gifts and personalized yard signs to each graduate.

Listed below are the 13 honored higher-ed graduates.

• Clay Dennis graduated from the University of Mississippi and is commissioned as an officer in the U.S. Marine Corps.

• Anne Park Harlan graduated with honors from an accelerated program at the University of Tennessee, Knoxville, becoming a doctor of pharmacy.

• Zach Rhodes graduated from the University of Tennessee, Knoxville.