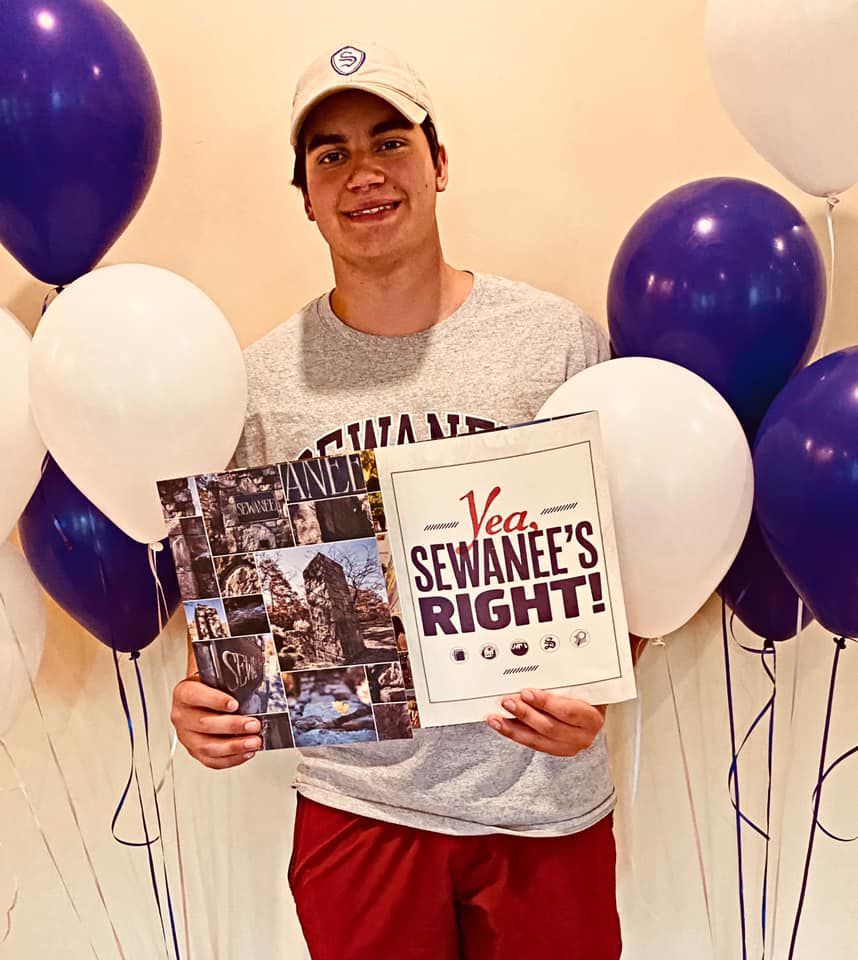 Aiden Kennedy will attend the University of the South (Sewanee), where he will play football and major in economics with a preprofessional focus on law. 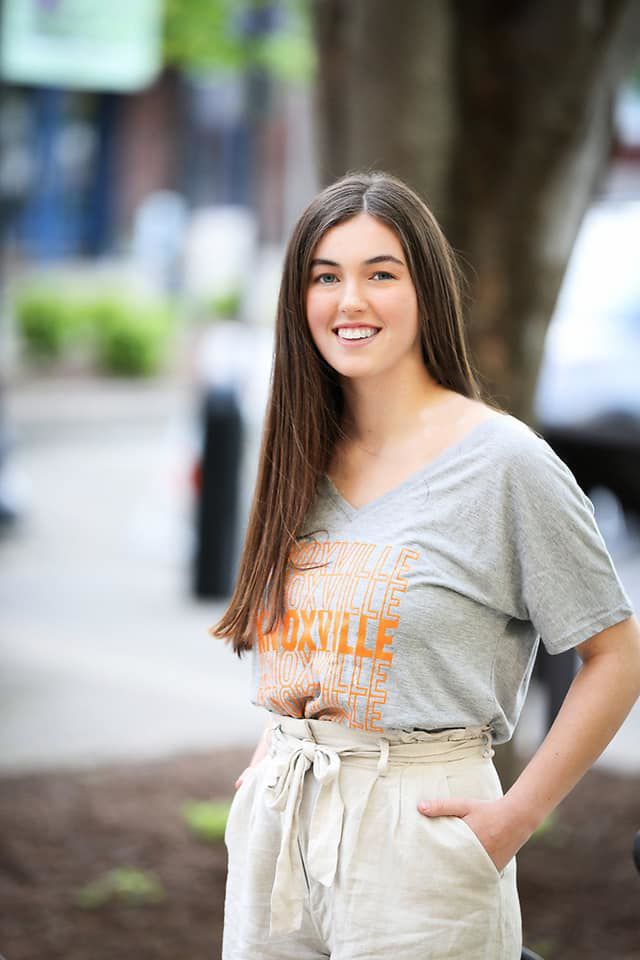 Caroline Cruse was accepted into the honors leadership program at the University of Tennessee. 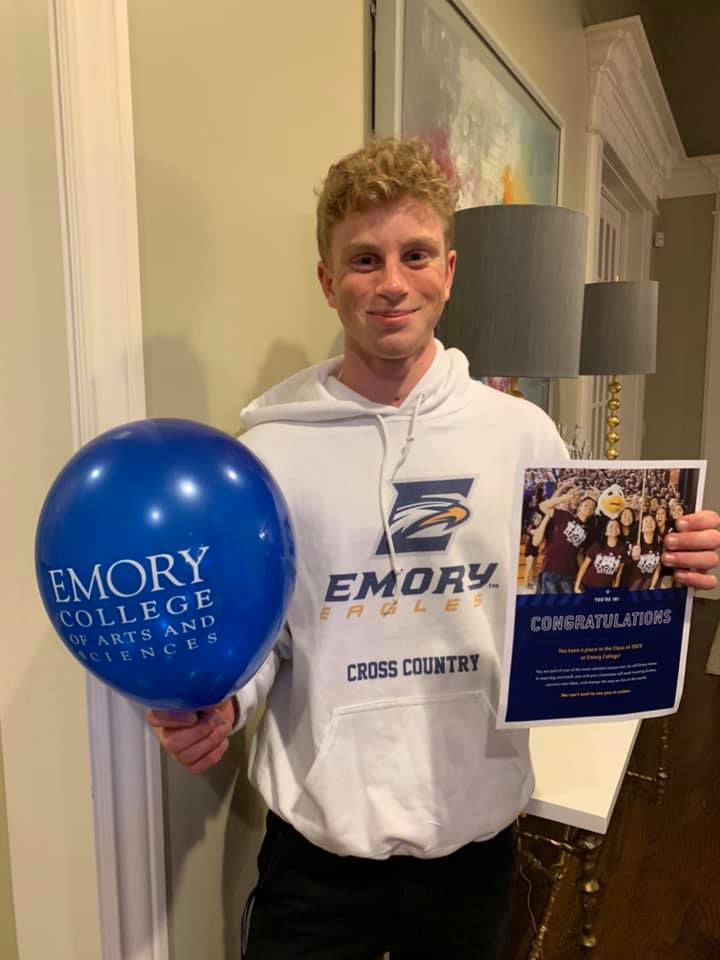 Grant Thompson will compete in track and field while studying at Emory University. 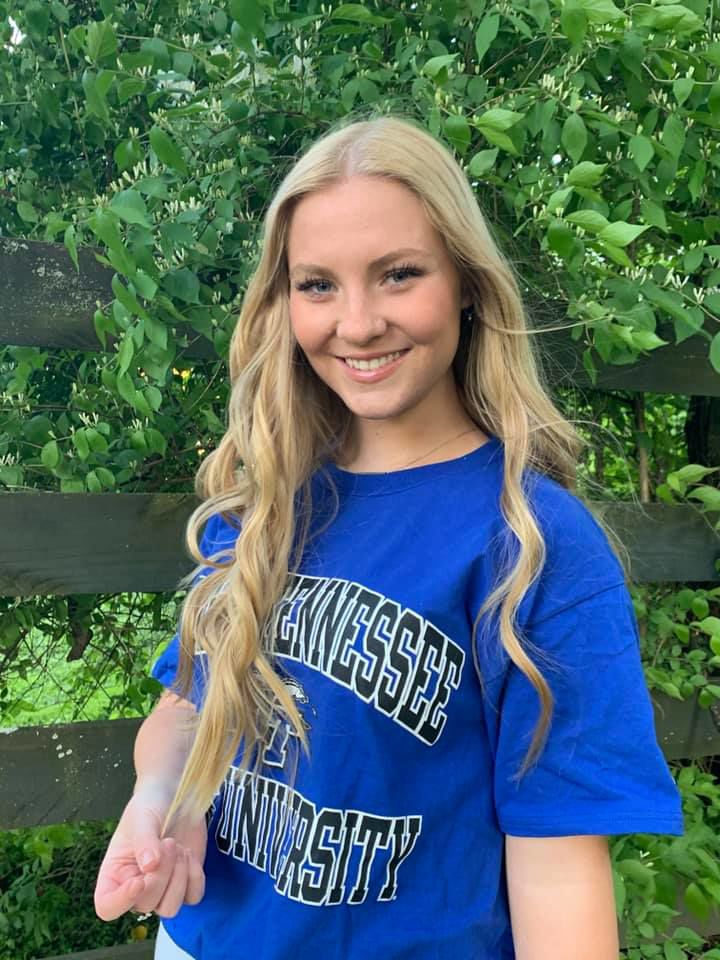 Aiden Kennedy will attend the University of the South (Sewanee), where he will play football and major in economics with a preprofessional focus on law.

Caroline Cruse was accepted into the honors leadership program at the University of Tennessee.

Grant Thompson will compete in track and field while studying at Emory University.

As high school seniors mourn the loss of their traditional graduation ceremonies, one Brentwood High School parent organized a Facebook group to lift their spirits.

The Facebook group Adopt a Senior 2020 allows parents to send notes and gifts to members of Brentwood High School’s class of 2020.

Amanda Cottingham, a Brentwood High alumna herself, said she’s part of several school-related Facebook pages and when she saw what other schools were doing for their graduates, she wanted to do something as well, even though her kids are up-and-coming freshmen and sophomores.

“I don’t have to have a senior. I mean, I went to Brentwood High School, and Brentwood has nothing like this at all, so why not?” she said. “It’s a community thing, and during this time, it’s all about coming together and doing things for others instead of all the bad stuff we keep hearing about.”

The page has about 60 posts and includes pictures and short biographies of Brentwood High seniors. And all of them have been “adopted” by various members of the Brentwood High community and are awaiting little gifts to come in the mail.

Some of the seniors on the page have been “adopted” by several different people, and parents have also shared gift ideas on the page as well as various announcements, such as Pizza Hut’s initiative to give a free pizza to all 2020 seniors. Additionally, some of the families connected to meet one another at the Brentwood Market yesterday afternoon, where seniors received free burgers and took photos together for the market’s wall.

“It’s disappointing that the years of school have come to an end like this, but we are grateful to the community for putting something into place to recognize the students,” said Martha Thompson, the mother of Brentwood High senior Grant Thompson.

She said that her son was especially disappointed by missing out on prom and having to postpone his graduation party.

“Grant is my second child to graduate, so I know the fun he’s missing out on right now,” she said.

Lisa O’Shea, whose daughter Nicole graduated this year, said that having moved from New Zealand a few years ago, this was pretty devastating for her daughter because she had been looking forward to American graduation for a long time.

“She was really heartbroken, and I think also the fact that there were just so many people that she wanted to say goodbye to and hang out with,” O’Shea said. “She’s been grieving.”

She said that high schoolers in New Zealand have an end-of-year ceremony for all students and seniors don’t necessarily get the special treatment that they do in America, so it was a tough thing to miss out on for Nicole, particularly as she saw her friends on the other side of the world celebrating their graduations in early December, at the beginning of their summer.

However, as Nicole moves onto pursue a degree in criminal psychology at Middle Tennessee State University, she hopes to experience the traditional American graduation ceremony at the end of her next four-year journey.

Angel Kennedy said her son, Aiden, got “adopted” by a Brentwood High parent on the same day he went to the school to pick up his cap and gown and clean out his locker.

“It was a really hard day, and I just messaged (the person who adopted him) and said, ‘This is good timing because he just had a hard day,’” Kennedy said. “I think it was the most sad he’s ever been just being there for the last time. And he saw some of his friends that he hadn’t seen, and it made him kind of realize what he was missing out on a little bit more.”

Despite this grieving process that seniors and their families are experiencing, many are already looking for ways to learn from this situation.

“I think this will make (the seniors) more resilient,” said Liz Cruse, the mother of a BHS senior. “I think the biggest takeaway is that sometimes life throws you a curveball, and you just have to go with it.”

Cruse said even looking past high school graduation has had its low points, such as her daughter Caroline having to go through freshman orientation for the University of Tennessee online instead of in person, but she said Caroline has kept a good attitude and is continuing to look forward to the future — including her Adopt-a-Senior gifts in the mail.

“The kindness of the person who organized (the Facebook page) — it was such a thoughtful way for the community to recognize seniors, especially ones they’ve never met,” Thompson said. “That really reminds you of how good people are.”