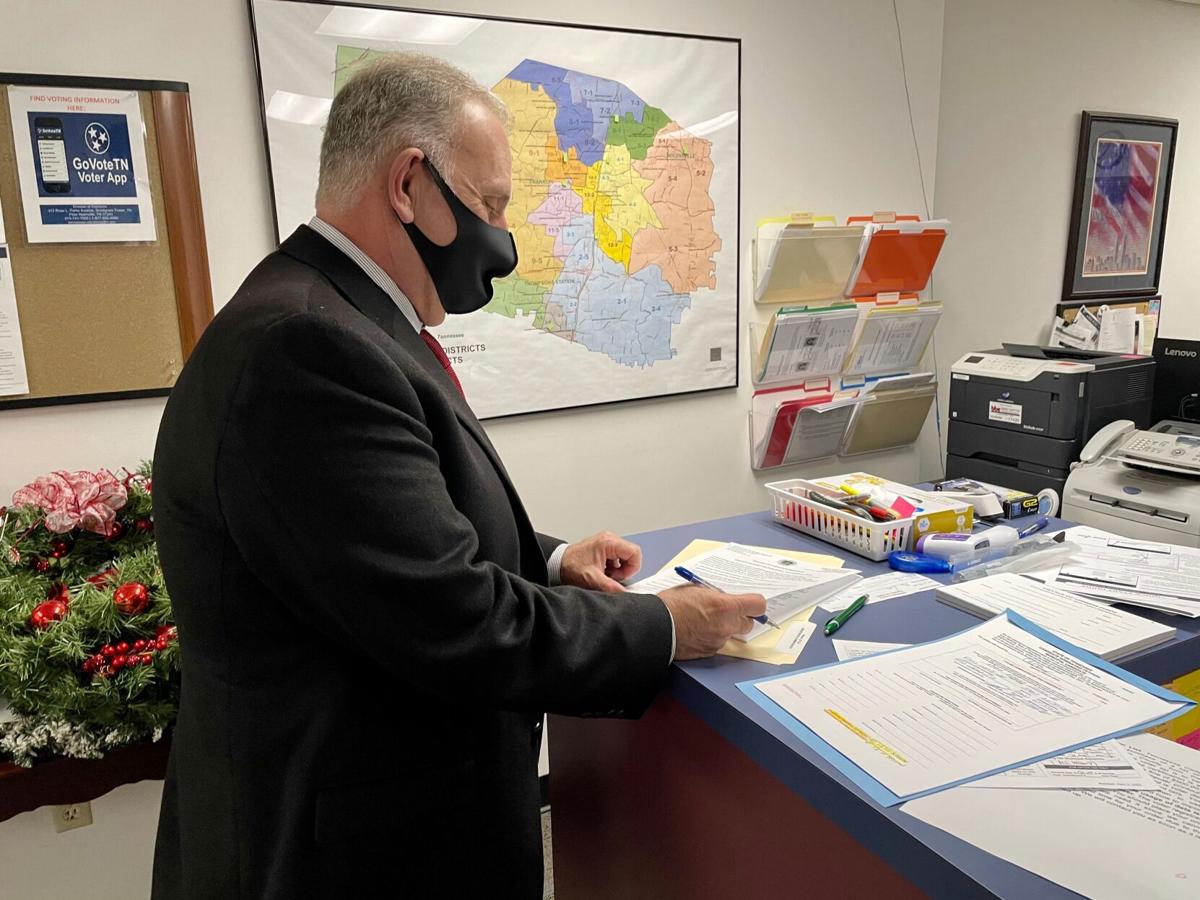 Brentwood Mayor Rhea Little pulls a petition to run for re-election in January 2021. 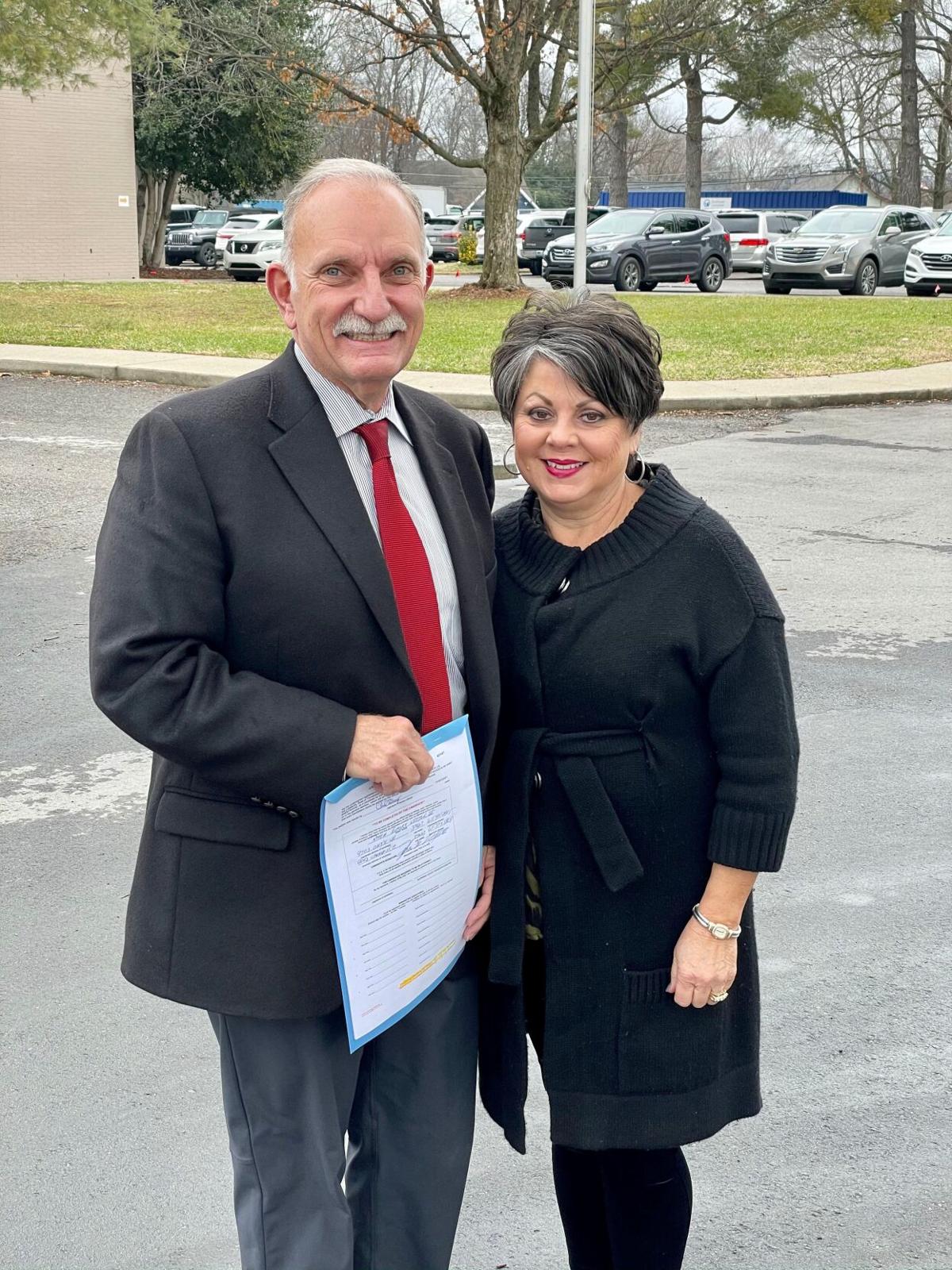 Brentwood Mayor Rhea Little pulls a petition to run for re-election in January 2021.

Brentwood Mayor Rhea Little picked up his petition Friday to run for re-election in the city's municipal election in May.

Little was first elected to the Brentwood City Commission in 2009 and has been mayor since 2019.

“I came here today to pull my petition to run for re-election for the city commission. I’m looking forward to a great race and to continue serving the citizens of Brentwood,” he said.

He’s taken an active role within the city. He is a trustee of the Rotary Foundation and a member of Williamson, Inc.; the Brentwood Noon Rotary Club; the greater Nashville regional council; and the regional transportation authority.

A passionate Nashville Predators fan, Little is also on the committee for the NHL All-Star Prayer Breakfast.

Little’s family roots go deep in the area. His ancestors moved to the area known today as Brentwood and Franklin in the 1790s on a revolutionary land grant and for a pastor who brought his congregation west where there was more land.

“Our family has served the community in the decades since through farming, grocery stores, service stations, and we believe the greatest act is being a servant to all,” Little said.

Looking back on his childhood Rhea Little remembers the days when his family operated Locus Hills Dairy until 1978 in the area where Concord Road and Edmondson Pike intersect. His fondest memories are walking to Brentwood through Ward’s farm (Maryland Farms) to visit his grandfather’s Shell station or his uncle’s Arco station.

“There was Noble’s, Lee’s Apothecary and Huff’s Food Town, where I would get balloons (to make water balloons) or buy candy,” Rhea Little said. “Growing up here, it was a place where everybody knew your name.”

One of his most infamous family members is the late Vance T. Little, Rhea’s cousin, who wrote several books on Brentwood and served as the city’s historian and at Brentwood United Methodist Church. Many of Vance Little’s works and memorabilia can be found in the John P. Holt Brentwood Library in the Brentwood Room that is dedicated in his name.

The Brentwood Historic Commission was founded based on Vance Little’s work, and he is still referenced frequently when discussing the history of the city. Rhea Little has an ardent love of history and was inspired by his cousin.

“[I remember] riding somewhere in the car with Vance and him sharing stories of different historical events,” Rhea Little said. “Even more interesting would be the names on mailboxes that would inspire him to share facts like the relation to the family, how connections were made or the fact they descended from someone important in history.”

Little sees acting as mayor the same as he did as a commissioner.

“I’m seeking to respond to citizen’s needs and wants and continuing the legacy of those who came before who have provided a wonderful community, the best in the world, for us to live in,” he said. “It’s always having a deep-rooted foundation in what makes Brentwood great, while keeping the city fiscally secure and strong, making sure our first responders are given the resources and continue their excellence, which provides safety for all our residents, and at the same time, striving to provide the tremendous benefits of a fabulous library, a great park system, wonderful trails and the many other services and amenities our citizen’s and the city enjoy.”

The issues facing Little and the other commissioners is the city’s growth and traffic it creates.

“Brentwood is a midway between so many communities to the north, south, east and west, and it’s often traversed by people simply coming through the communities on their way to other places. We must continue to find ways to mitigate traffic as much as we are able.”

One of Brentwood’s characteristics that Little takes great pride in is the safety of the citizens and the outstanding efforts of the police and fire departments. He pointed out both have outstanding, internationally accredited departments.

“One pillar of the goal to maintain safety is the building of a new police headquarters that will be more centrally located, will move police operations away from civilian departments and allow the public servants to continue to serve and protect and be recognized as one of the foremost departments in the U.S. and the world,” he said.

Little sees another pillar of excellence in the addition of Brentwood Fire and Rescue Station 5 on the city’s east side that will continue serving fire and EMT needs in a growing section of the city. This addition will provide excellent response time in emergency situations where every second counts.

Brentwood is also known for being fiscally sound, and commissioners have all made commitments to this common goal. However, Little wants to continue the “vigilance” in overseeing the budget to continue making the right decisions for safety and security.

“Financial discipline that leads to informative budgets and the many other ways our staff and the commissioners work towards sound fiscal planning and sound fiscal policy, while keeping taxes low,” he said.

Walking beside Little Friday as he pulled his petition was his wife of almost 35 years, Marie. Their family also includes daughters Grace Engle and the late Abbie Little.