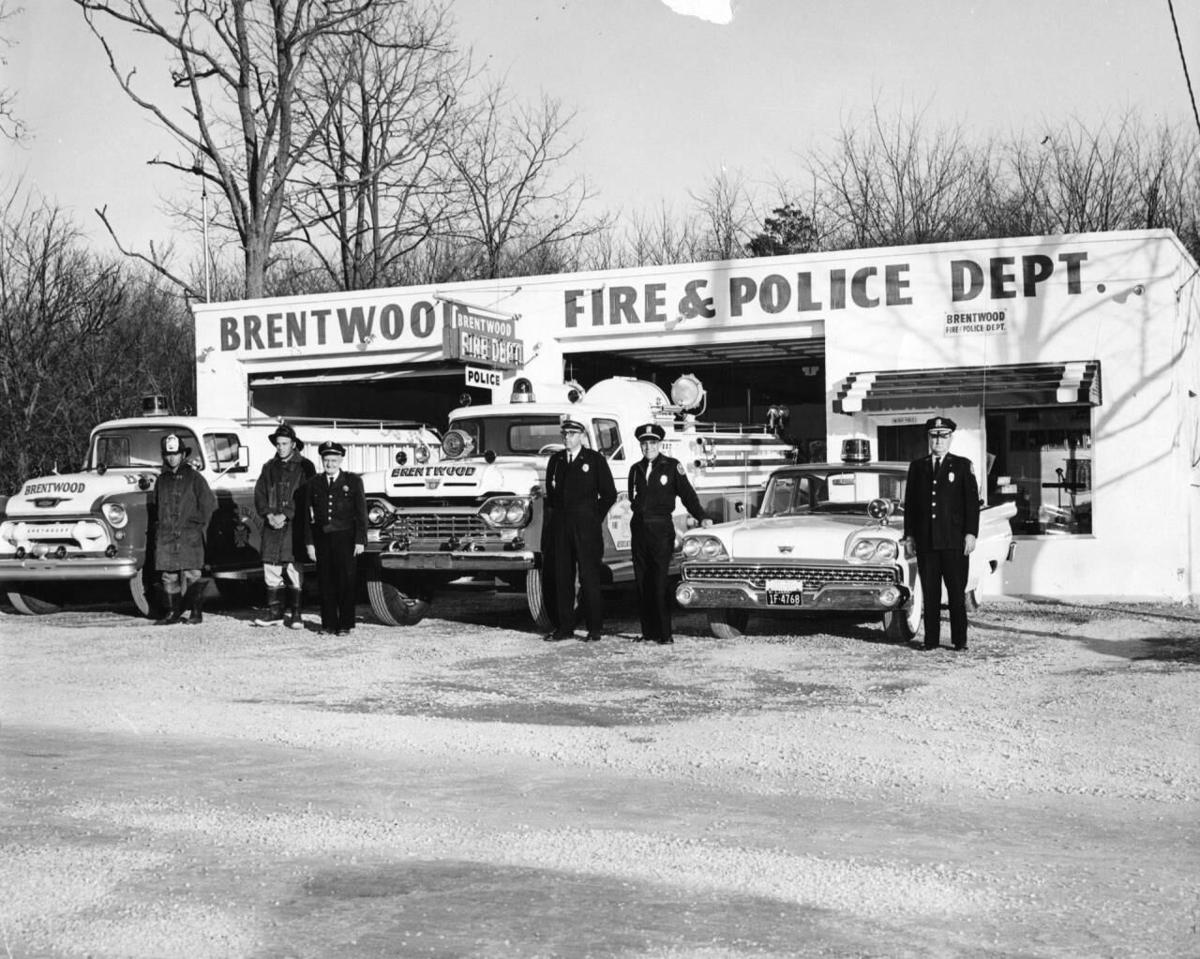 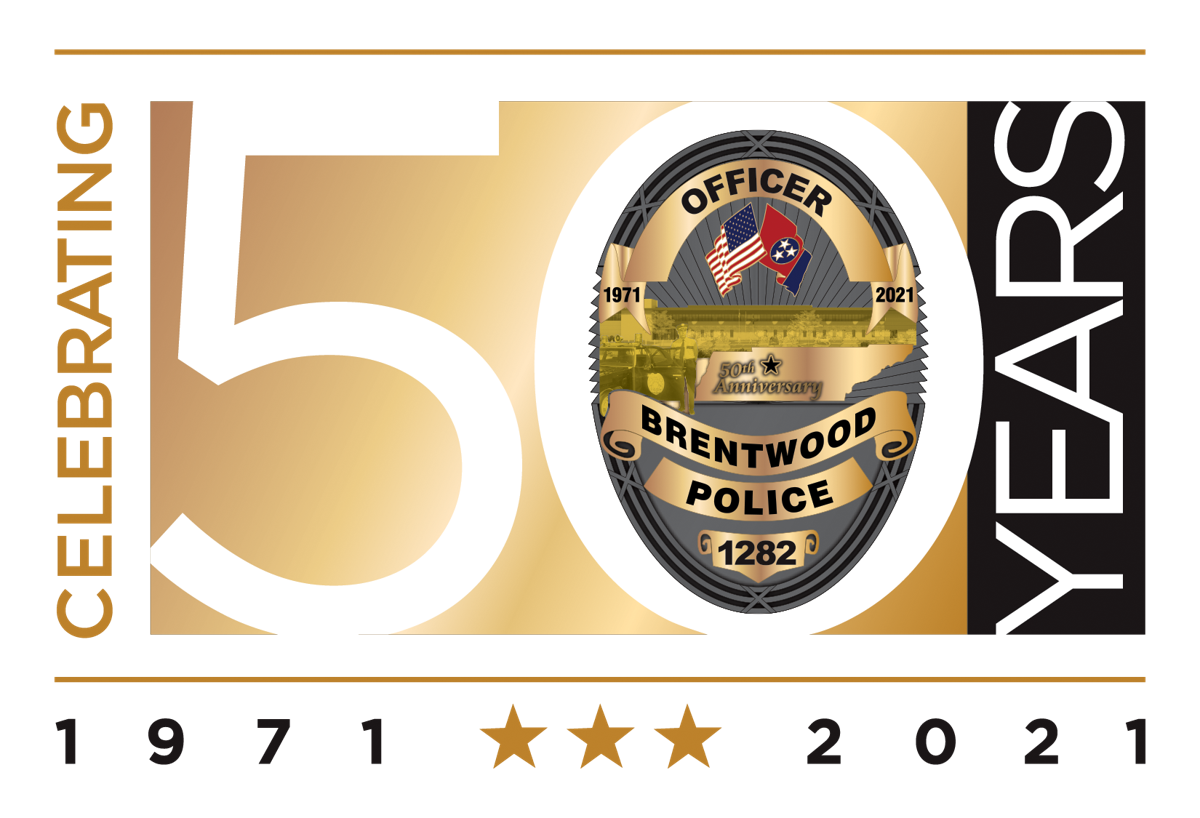 The Brentwood Police Department is celebrating its 50th anniversary this year.

The Brentwood Police Department will celebrate a special milestone on Monday, Feb. 1: 50 golden years of service to the community.

Due to COVID-19, an official in-person celebration will not be held. However, there is a way the community can honor the men and women who protect the city daily.

National Police Week is held each May in Washington, D.C. This year, in memory of fallen Brentwood officer Destin Legieza, a group of local police officers and Legieza’s family will travel to the event to participate in the memorial service being held at the Capitol May 15.

The estimated cost of attending is $25,000. A private group of citizens has started a fundraising campaign to support the officers, and donations are being accepted. They will also provide meals and gifts on the day of the department’s 50th anniversary. See the event page on Facebook for full details.

“If a contribution is being considered, I wanted to make you aware of an unbudgeted cost that we’re starting to plan for in May of this year,” Brentwood Police Chief Jeff Hughes said. “I am referring to Police Week in Washington, D.C. to honor Destin Legieza, whose name will be revealed on the Police Memorial Wall. We anticipate sending approximately 15 of our members, plus we will be funding the trip for Destin’s immediate family.”

Donations honoring the golden anniversary can be mailed to Brentwood City Hall, located at 5211 Maryland Way, under the Public Safety Trust Fund and must be earmarked “Police Week.” Donations are tax deductible.

The Brentwood Police Department was created Feb. 1, 1971, when Chief Howard Buttrey was hired to oversee the department’s development. For the first two months, he was the only employee.

Buttrey obtained a $40,000 grant from the federal government, and on April 1, 1971, he hired three officers, and the Brentwood Police Department began full-time patrol of the city, with one officer assigned to each of the day’s three shifts.

The city of Brentwood and Brentwood Police Department have several special things planned for the anniversary this year. Officers will begin wearing a special commemorative badge in March, which includes an old model police cruiser, the new headquarters building and the number “1282,” which is the employee number for Legieza. To date, he is the only Brentwood officer who has died in action in the department’s 50-year history.

The new, 56,000-square-foot police headquarters, currently under construction on Heritage Way, will open later this spring and include an outdoor memorial wall to honor those like Legieza. Other names to be included on the wall will be department retirees who have served more than 20 years. Plans also include a sculpture of a bronze lion overlooking the memorial wall to symbolize the protective role of law enforcement officers and convey the strength, courage and valor that are hallmarks of those who serve and protect. The artist will have the sculpture completed just before the grand opening.

“Proverbs 28:1 reads ‘The wicked flee when no one pursues, but the righteous are bold as a lion.’ The lion has always been symbolic of courage to law enforcement,” Hughes said. “It’s so reassuring to know that our citizens and business owners are willing to support us anytime we need their help. Particularly in recent times, based on what we see going on around the country, this kind of support is the exception and not the rule. This is something that makes working in Brentwood so special, and for that, we are truly grateful.”

In less than two weeks, more than $45,000 was raised from private donations and a large donation from Kimbro Oil and Tri-Star Energy.

“William Kimbro and his support for the Brentwood Police Department is well documented,” Hughes said. “In 2002, Kimbro helped to buy rifles for all Brentwood police officers following the bank robbery and shooting that resulted in two officers being injured.”

The Brentwood Police Department anticipates moving into the new police headquarters building, located at 910 Heritage Way, in the next few months. The facility will allow the department to exist in their own dedicated and secured facility located more centrally to all of Brentwood.

The facility will also include an indoor gun range, a state-of-the-art firearms simulation system and a community room that will also serve as the department’s courtroom. Plans are being made for a virtual grand opening due to COVID-19 social gathering restrictions. A livestream of the event will allow anyone who wants to attend to be able to safely during the day’s celebratory event despite the ongoing COVID-19 pandemic.

Citizens are invited to like and follow the City of Brentwood’s social media pages, as there will be several historical tributes to past and present leaders there throughout the year, department trivia and facts about current officers.

Feb. 1 is also a special day for two of the three men who have served as Brentwood’s chief of police, as that is the day they were hired. Buttrey served as the first chief in 1971, and current Chief Jeff Hughes was hired Feb. 1, 1986. Chief Ricky Watson was also hired in 1986 and served for 25 years.

Hughes has served with the department for 35 of its 50 years. He credits his predecessors for setting the department’s foundation for what it has become today.

“Under Buttrey’s leadership, the department became internationally accredited through the Commission on Accreditation for Law Enforcement Agencies, Inc. in 1989 and remains the most tenured agency in the state of Tennessee to be accredited,” he said.

After 29 years of service, Buttrey retired in 2000 and was succeeded by Watson, who continued to progress the department, focusing on technology and training. Watson retired in 2012, when Hughes became only the third chief in the department’s history.