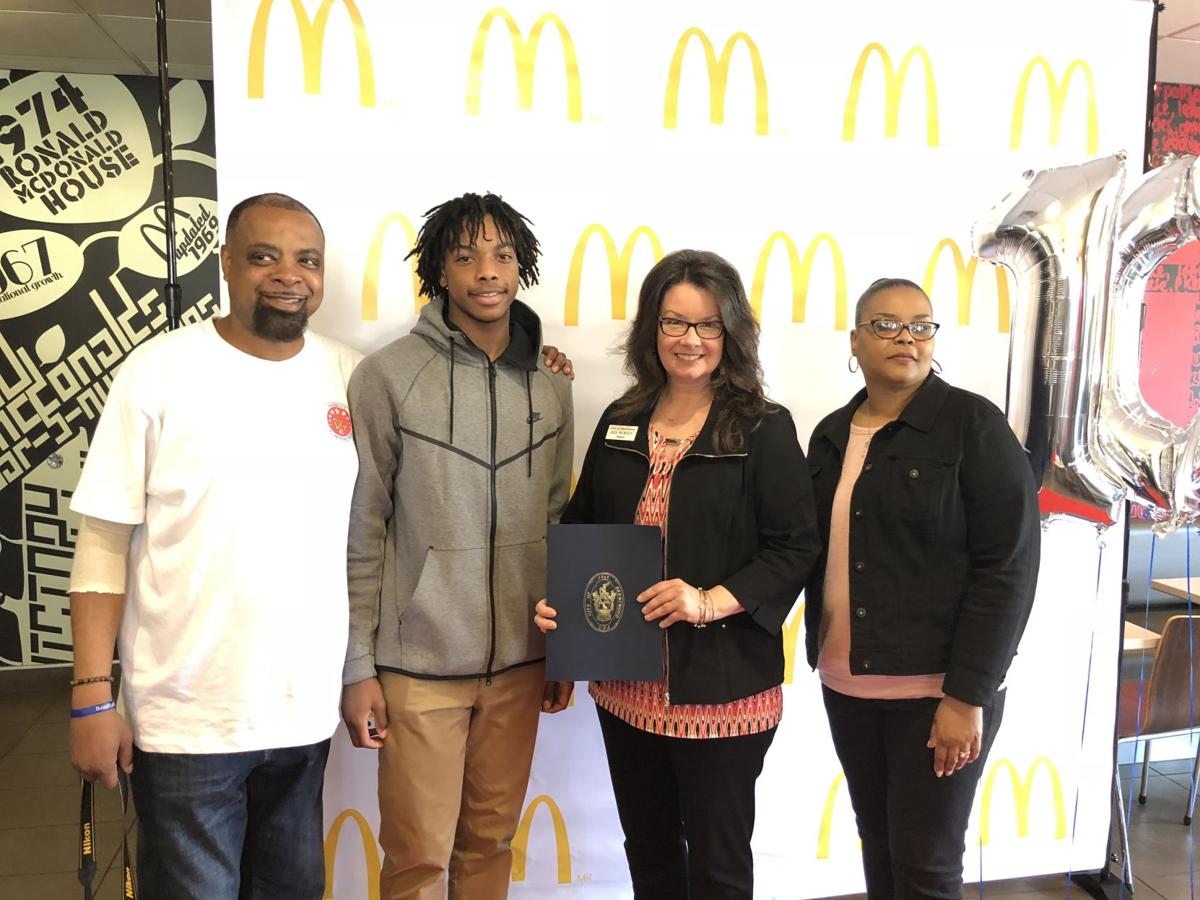 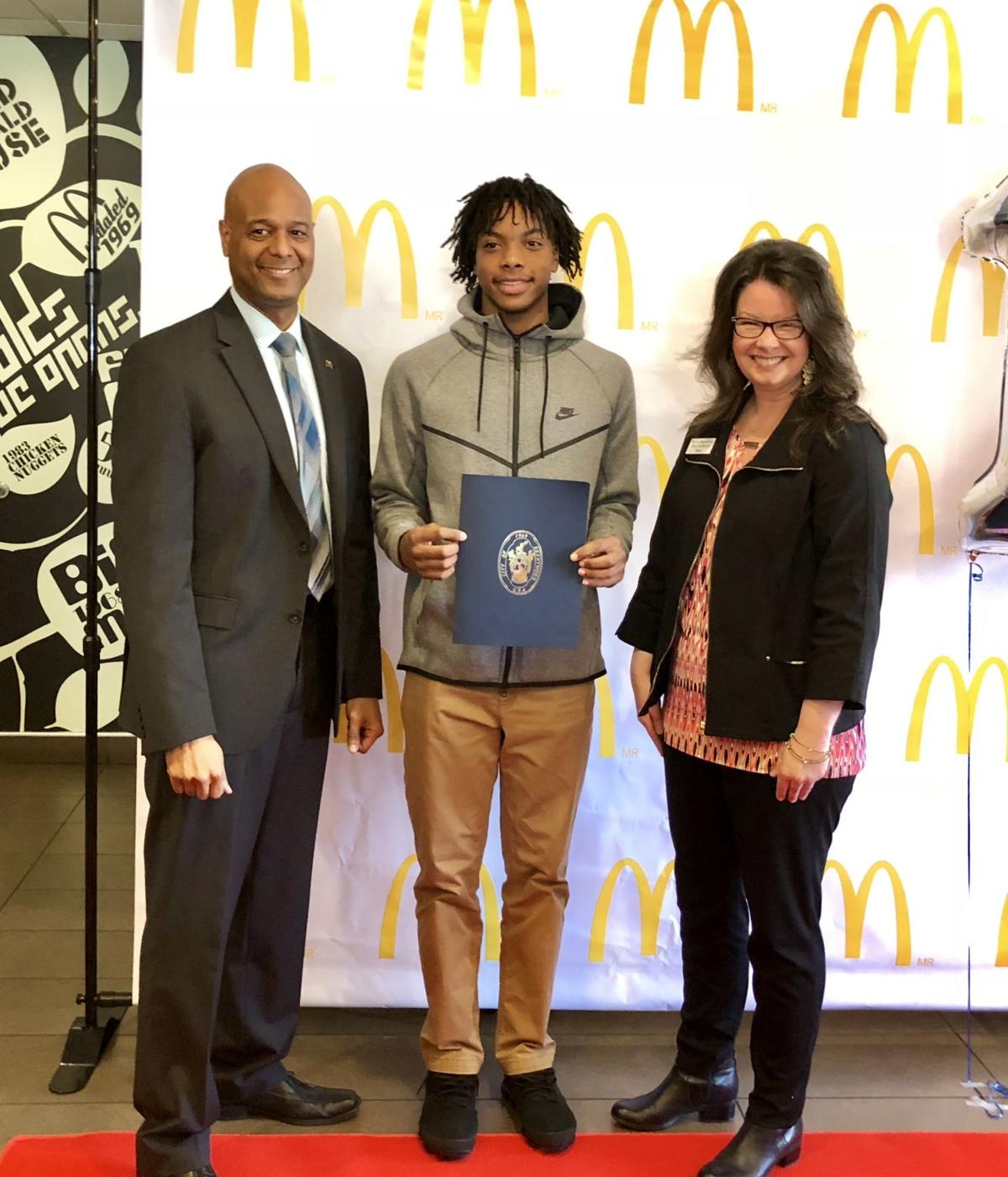 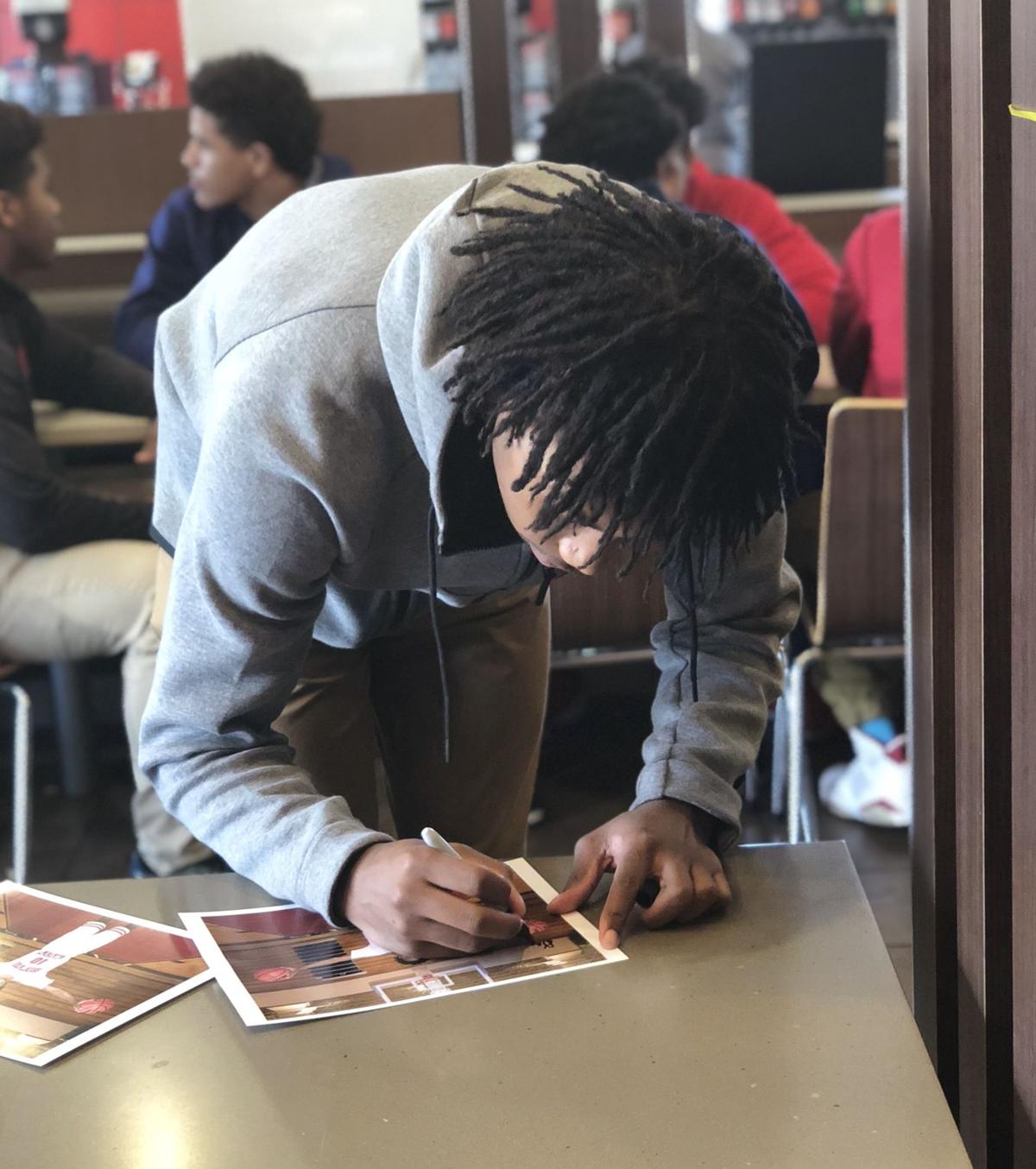 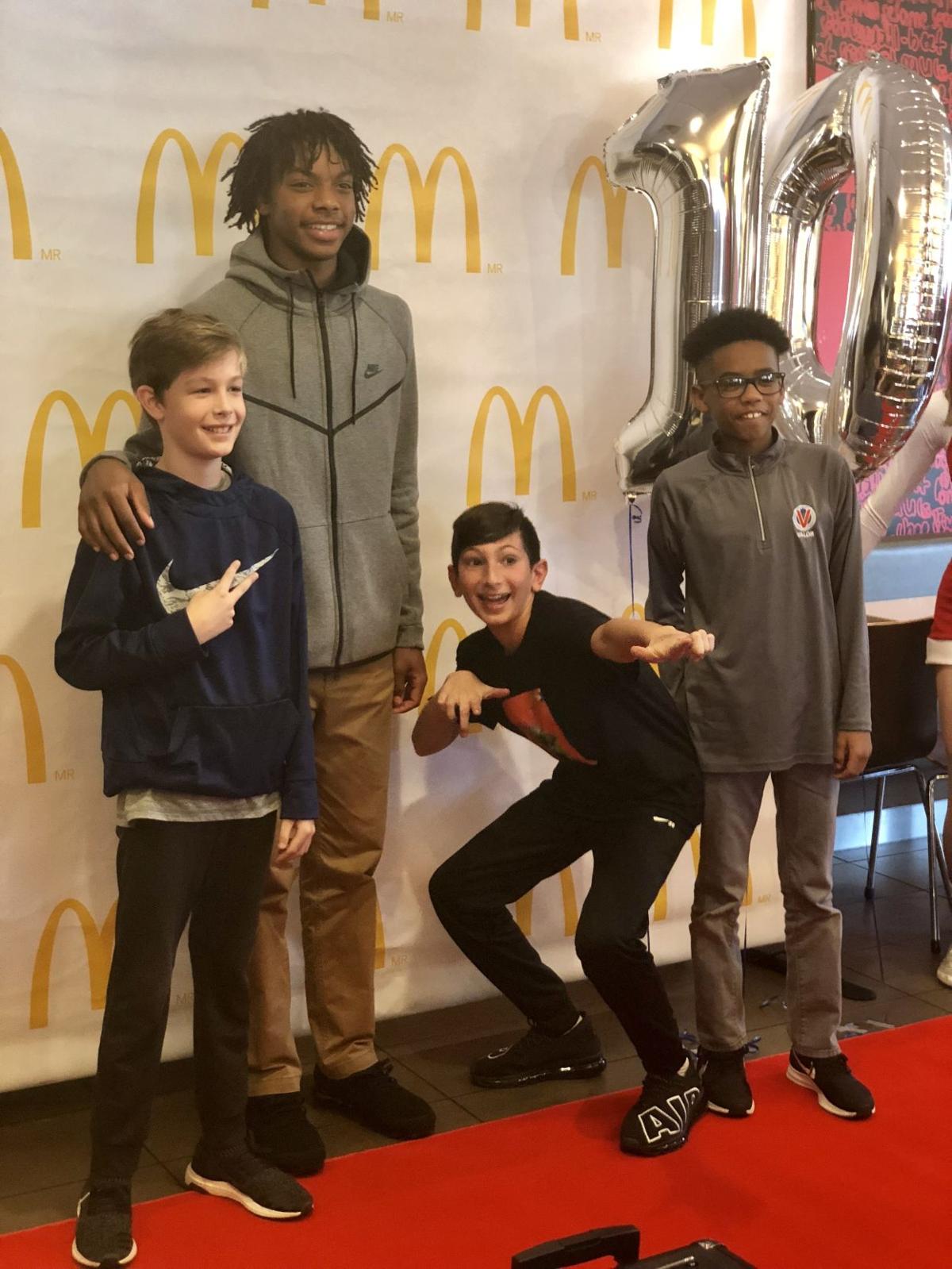 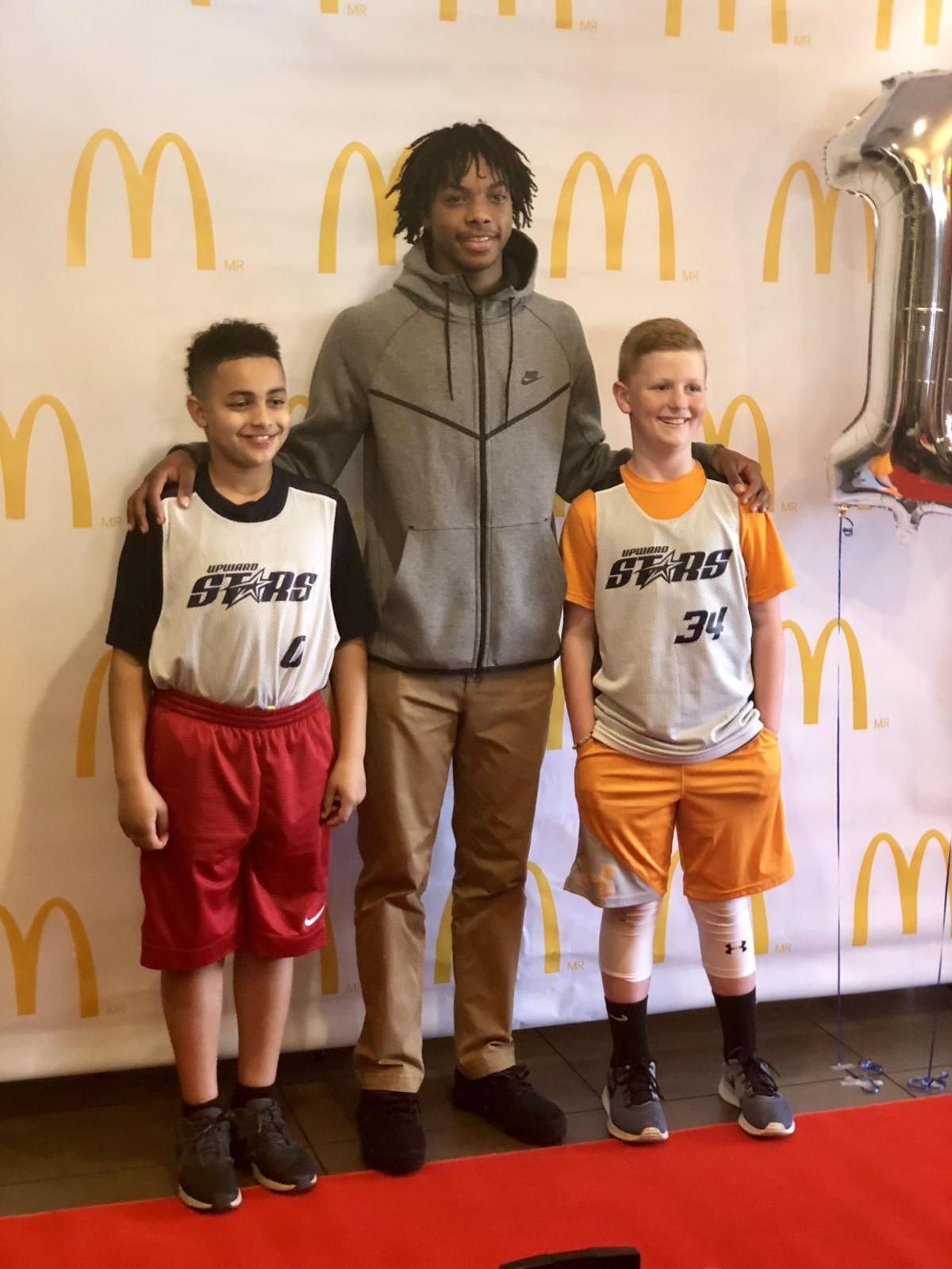 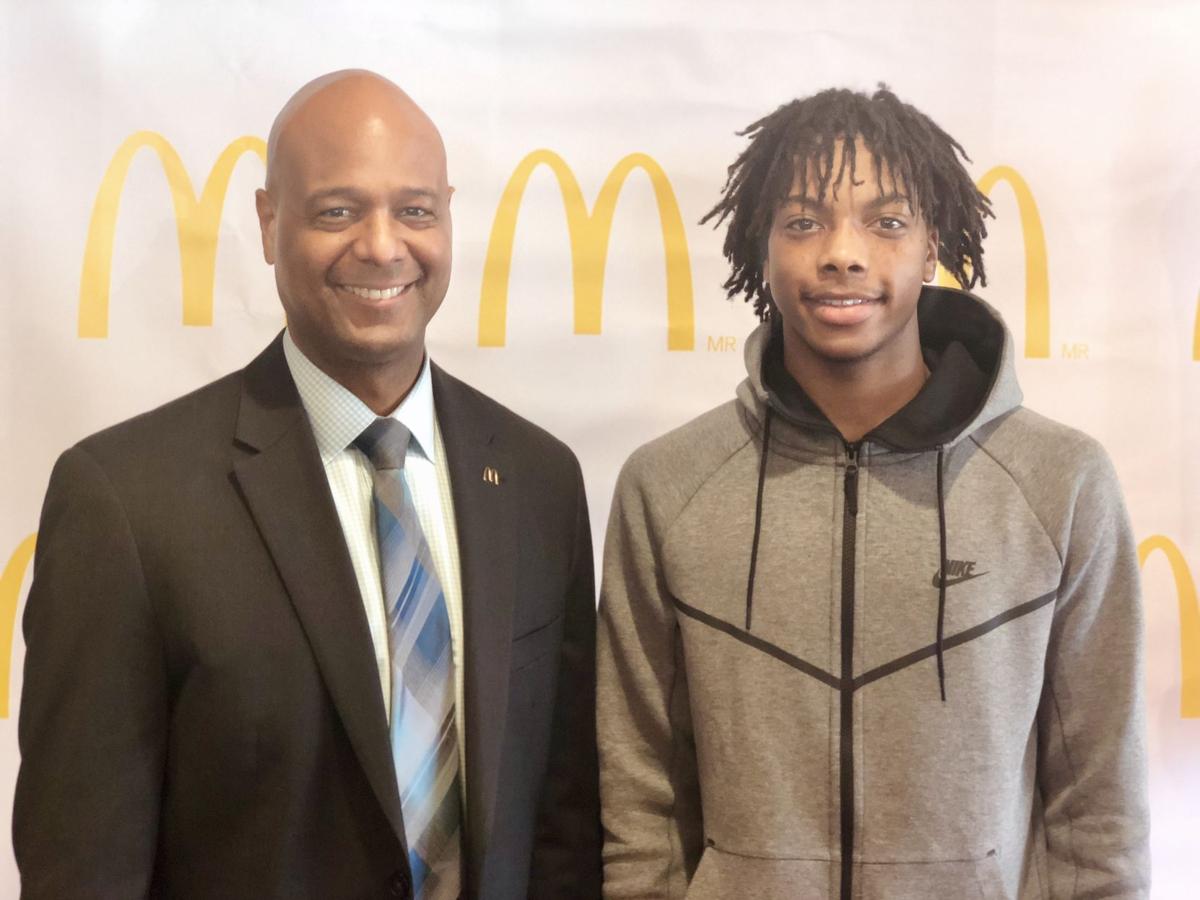 Each year, McDonald’s chooses 24 basketball players from around the country to play in the McDonald’s All-American game. Garland has been chosen as one of the elite players this season.

Garland is a senior at Brentwood Academy and is committed to play for Vanderbilt University next year. He finished with three Mr. Basketball awards and helped the Eagles to four straight Division II-AA championships, tying a state record. Garland also joined former Brentwood Academy standout Brandan Wright as the only players to win three consecutive Mr. Basketball awards.

His 27.6 points, 5.0 rebounds, 4.3 assists and nearly 1.7 steals averaged as a senior led him to also being named a Naismith National Player of the Year semifinalist.

On Friday, Jemond Daughtry, group leader and shareholder with McDonald’s, made introductory remarks and shared why as a local franchise owner he loves supporting success stories like Garland.

“It’s important to be involved in the community and share in the success of students,” Daughtry said. “Darius is a great athlete, a great student and his parents have a lot to be proud of.”

Garland’s father, Winston Garland, a former NBA player, also shared a sentiment with the audience, which included many younger athletes.

“Never give up on your dreams,” he said. “Keep God first and dreams will come true.”

The McDonald’s All-American Game will be held on Wednesday, March 28, in Phillips Arena in Atlanta.