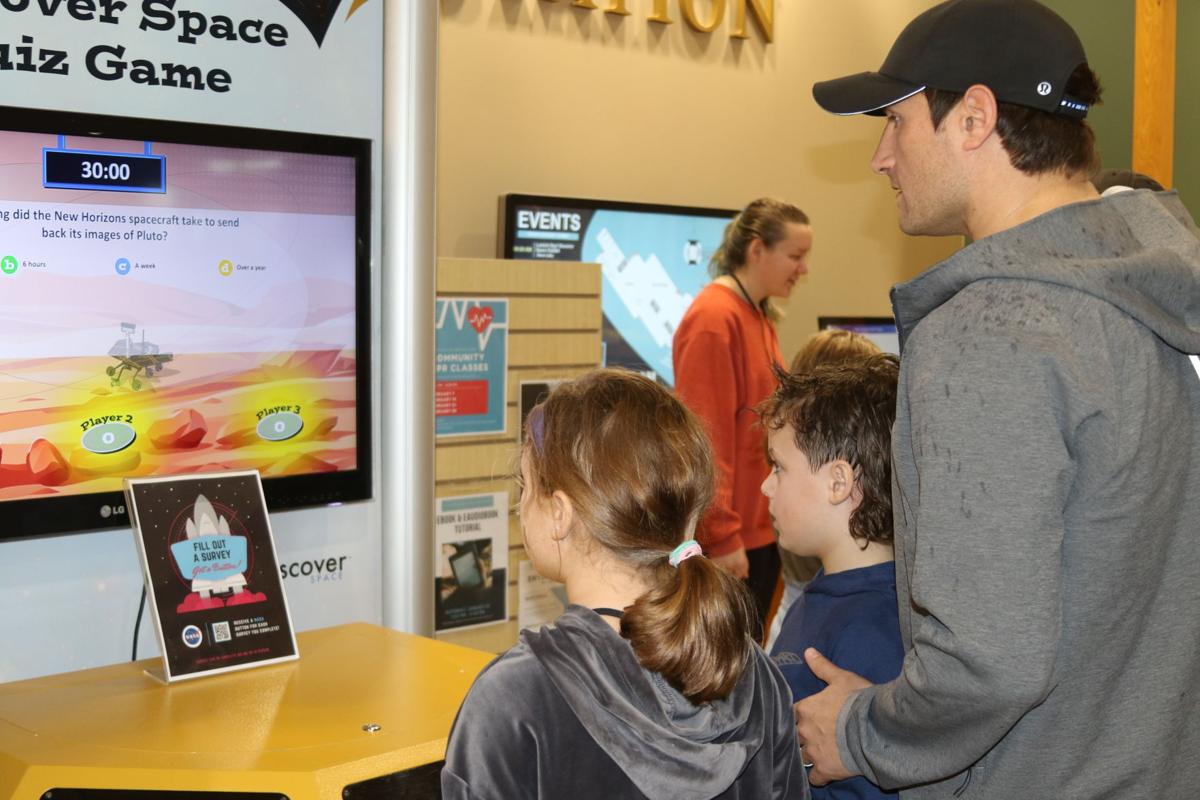 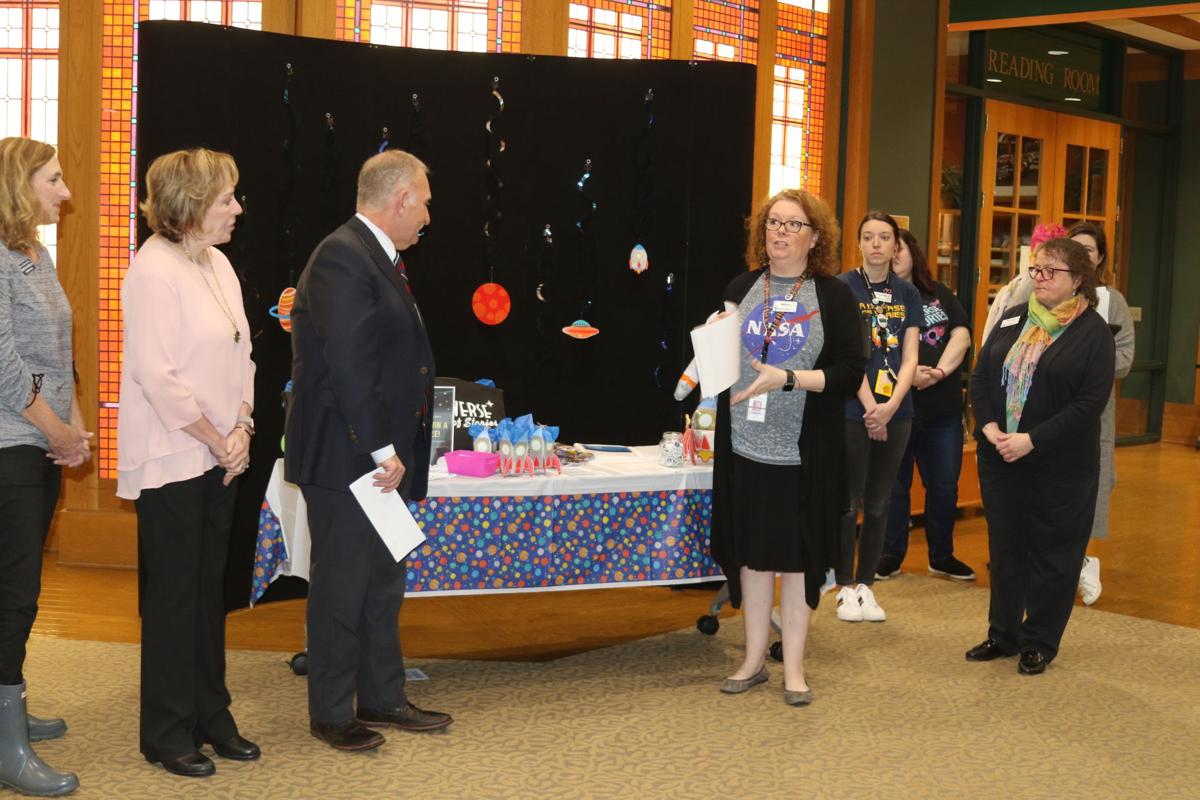 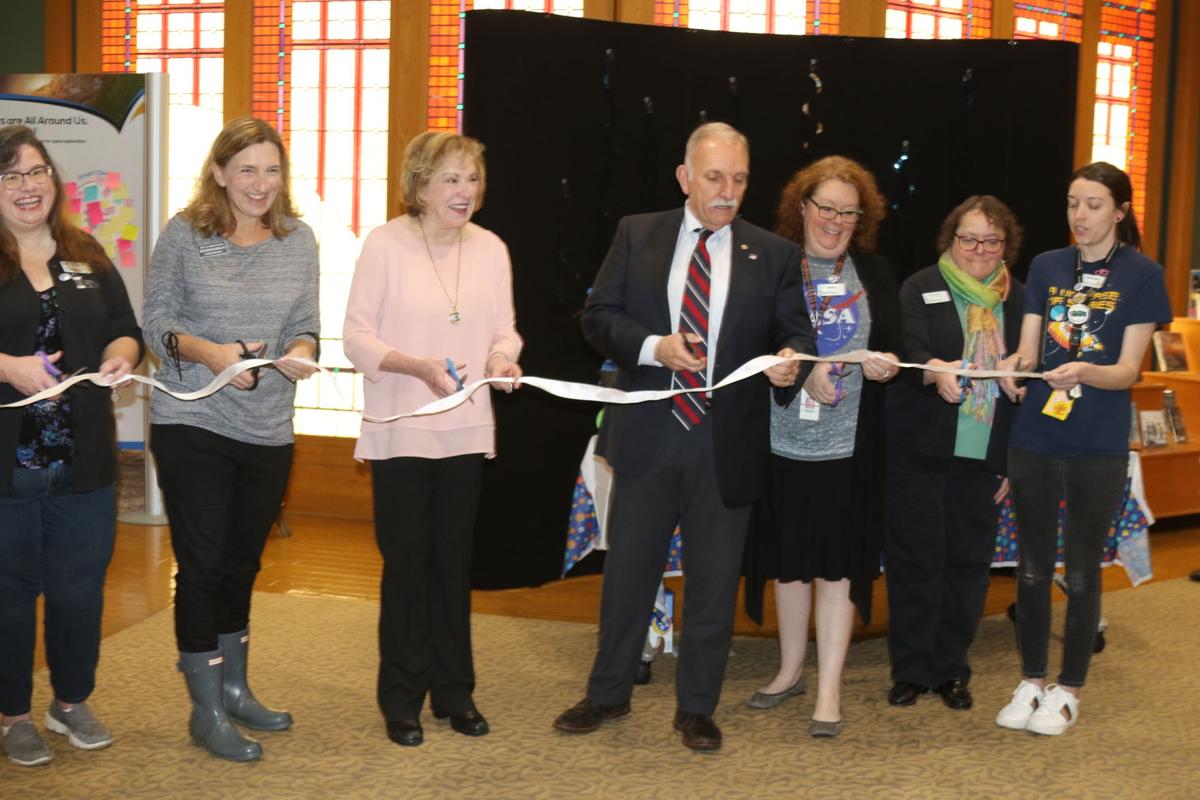 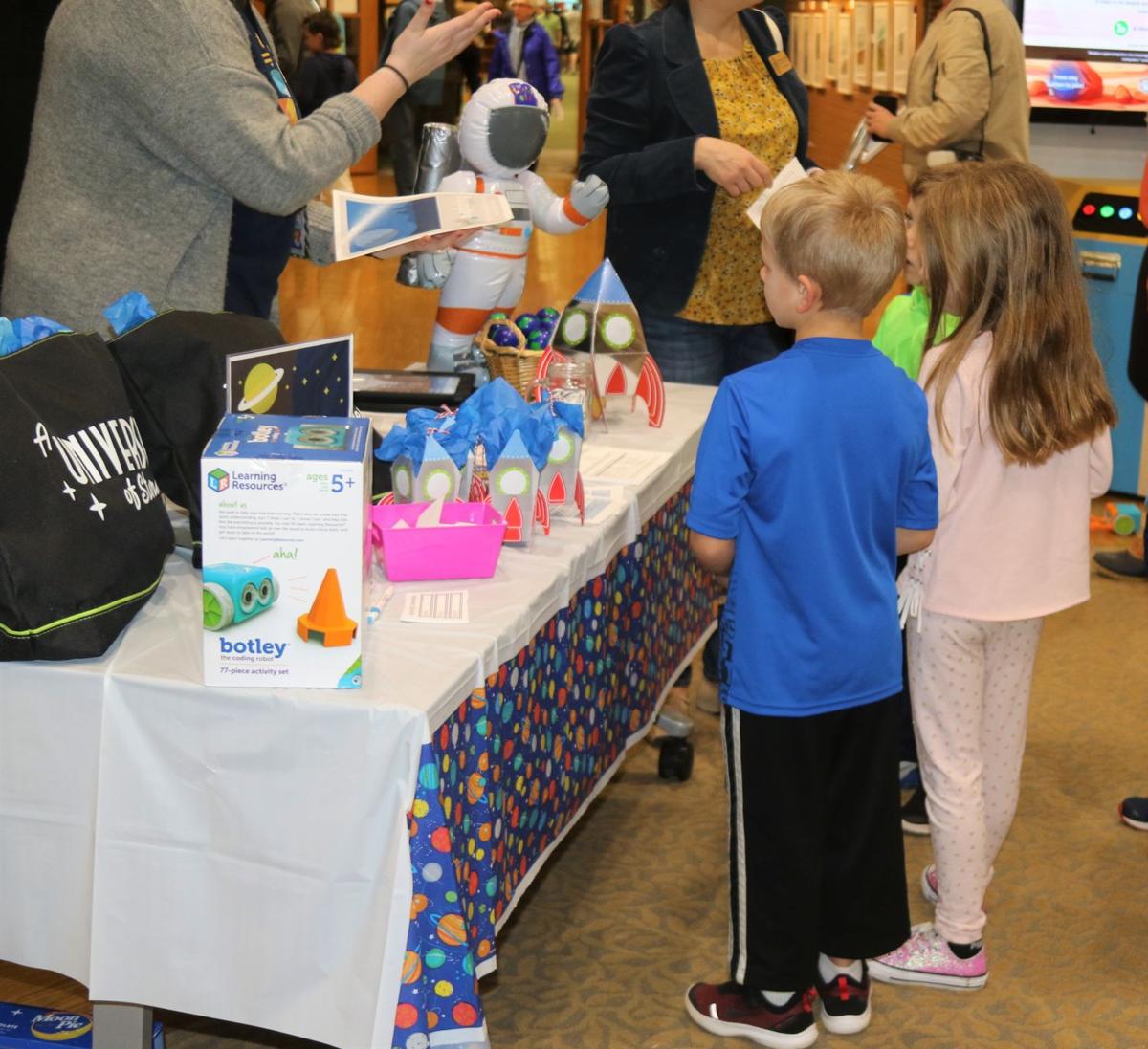 Space exploration is all the talk at the city of Brentwood’s John P. Holt Library.

The library was recently only one of four in the country chosen to host a traveling exhibition, “Exploring Space: Smart Spacecraft, Big Data, and Digital Models,” exploring the evolving role of computing in space and science and astronomy.

“Computational thinking is something we all use every day, even if we don’t know it,” said Brigid Day, community engagement coordinator at the library. “I’m excited to share the concepts of this exhibit with patrons of all ages in a fun and engaging way.”

On Saturday, Jan. 11, the library held a launch party for the official opening of the exhibit, hosting a ribbon cutting and celebration with the community. In attendance were Mayor Rhea Little, City Commissioners Susannah Macmillan and Regina Smithson, and members of the library staff and Friends of the Brentwood Library leadership.

“Exploring Space” will be on display at the library through February. It covers topics such as NASA’s spacecraft exploring new worlds, big data and its use in planetary exploration and exoplanet discovery, and how scientists use digital models to explore phenomena beyond our reach.

“As a child, space was huge [for me],” Little said. “I remember when we watched on our black and white TV — aging myself — on July 20, 1969, I stayed up late to watch Neil Armstrong walk on the moon.

“The awe and magnitude of space is something generations to come should be able to explore.”

Over the past several years, expanding the number of youths exposed to concepts and their role in STEM has become an area of significant interest across the country. Developing computational thinking skills is an important stepping stone in learning that programming exists in everyday life.

“A 17-year-old NASA intern discovered a planet,” he said.

The new discovery is 6.9 times larger than Earth, nearly the size of Saturn, and is 1,300 lightyears away in the constellation Pictor.

“There is still much to be discovered in space exploration,” Evans told the audience.

“Exploring Space” engages visitors with hands-on, multimedia activities where they can build an artificial solar system on a 42-inch touch table, learn about data mining using computers, play with robots that can be easily programmed and much more.

“It was amazing to watch my children interacting and enjoying a hands-on approach to space,” Kaplan said. “There is something for everyone; I learned a lot myself.”

It is worth noting the library was chosen because a representative of NASA visited during the summer reading program and was highly impressed. The quality of programming at the library is an asset to all who live in Brentwood.

“Exploring Space: Smart Spacecraft, Big Data, And Digital Models” was developed by the Space Science Institute’s National Center for Interactive Learning (NCIL). It is part of the STAR library Network (STAR Net). The project was made possible through support from the National Science Foundation. DRL-1421427