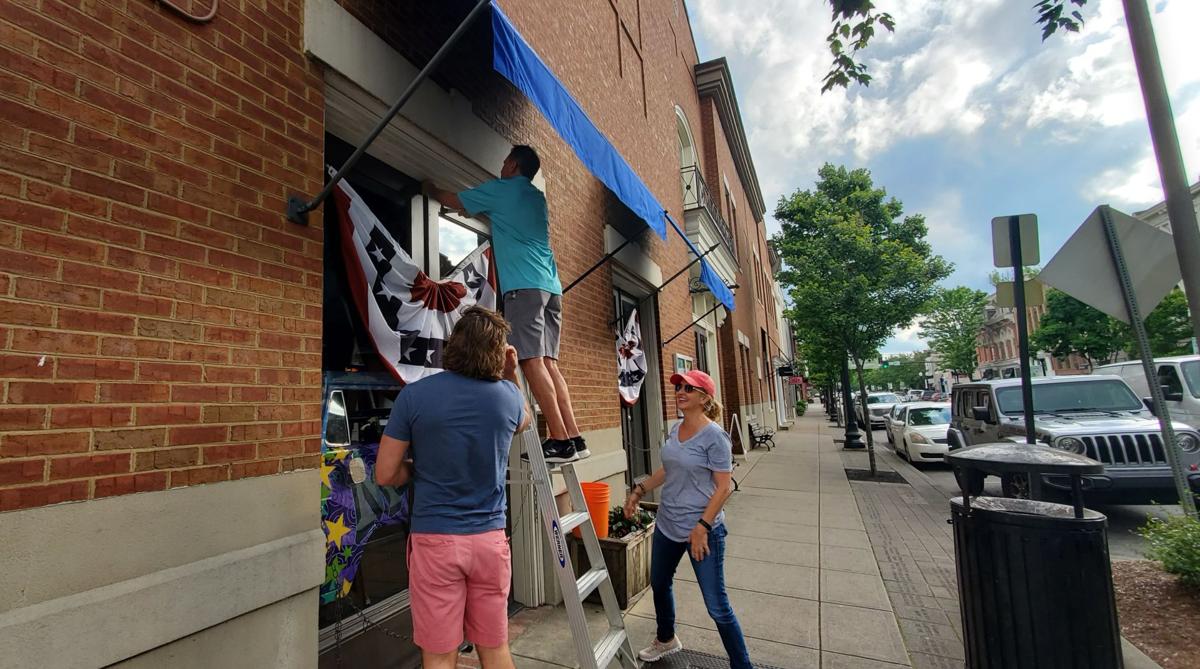 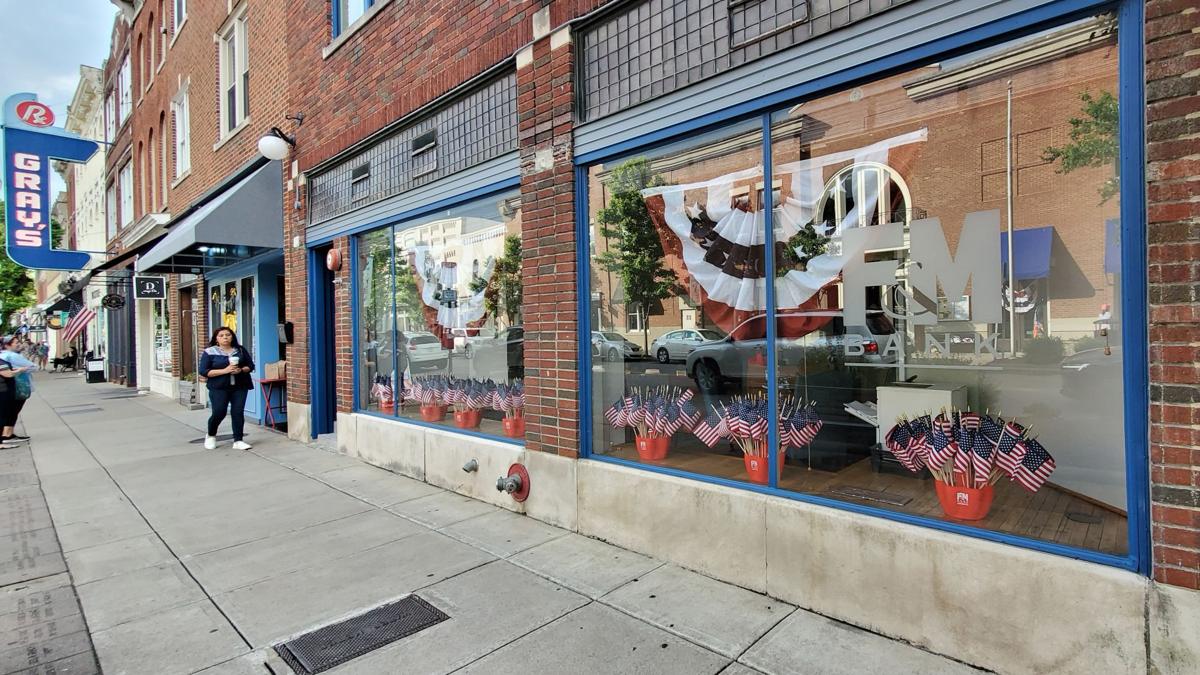 A woman walks by the F&M Bank on Franklin's Main Street, which was decorated by Rotarians.

Bob Ravener works with other volunteers from the Downtown Franklin Rotary to place banners at local businesses on Main Street on Thursday, May 21, 2020.

A woman walks by the F&M Bank on Franklin's Main Street, which was decorated by Rotarians.

Bob Ravener works with other volunteers from the Downtown Franklin Rotary to place banners at local businesses on Main Street on Thursday, May 21, 2020.

The Rotary Club is partnering with 27 downtown businesses in the inaugural fundraiser to honor veterans.

The idea came from Rotarian and veteran Bob Ravener, who said it took a team effort to pull off. Ravener is a graduate of the U.S. Naval Academy and served in the Navy as a strategic weapons submarine officer.

The Rotary was supposed to present to the Downtown Franklin Association about the fundraiser at their April meeting, which was canceled due to the spread of COVID-19. But, the association’s Main Street Director Jill Burgin “carried the flag,” as Ravener said, presenting and convincing the businesses to take part in the fundraiser. Rotarian and Downtown Neighborhood Association board member Lynne McAlister also helped spearhead the project.

In spite of the pandemic, downtown Franklin businesses are now reopening, and many passersby will see the colors as they drive or stroll through Main Street again.

Ravener hopes to continue the fundraiser on other major veteran-related holidays, like the Fourth of July and Veterans Day, and hopes it will spread to other business districts.

“I think it’s the start of something much bigger,” he said.

Businesses paid $25 apiece for the banners, and the Rotarians will take care of the placing and removal after Memorial Day.