As the Franklin Grove and Estates project in downtown Franklin moves forward, some neighbors are concerned about the unintended problems a new corporate event venue may bring.

When the Heritage Foundation announced plans in 2019 to purchase and develop the historic site of the former O’More College of Art and Design, preservationists in Franklin were thrilled.

The plan involves creating a 6,000-square-foot art museum, re-establishing over 3 acres of gardens for public enjoyment and relocating the former African American Lee Buckner School from Spring Hill for preservation.

Another piece of the estate, the Franklin Innovation Center, recently opened in partnership with Williamson, Inc. for entrepreneurs to lease space.

Downtown Franklin neighbors have emphasized their support for the Heritage Foundation’s preservation mission but noted their disapproval of a plan to construct an event venue to the rear of the property.

Walt Green, who serves on the board of Franklin’s Downtown Neighborhood Association, said he and his neighbors filed a public records request to gain access to documents the Heritage Foundation used to ask the city to keep the current civic-institutional zoning.

The city of Franklin denied the Heritage Foundation’s request in June, noting the plan for a conservatory to be used for events, in addition to the entrepreneurship center, did not fall within the defined criteria for a civic-institutional zone. They advised the Heritage Foundation to reapply for planned district zoning. The nonprofit has until July 14 to appeal the decision.

In the 29-page document put together by the Heritage Foundation, it outlines preliminary plans for the Franklin Grove site. It did not represent a final site plan nor program plan for the project. 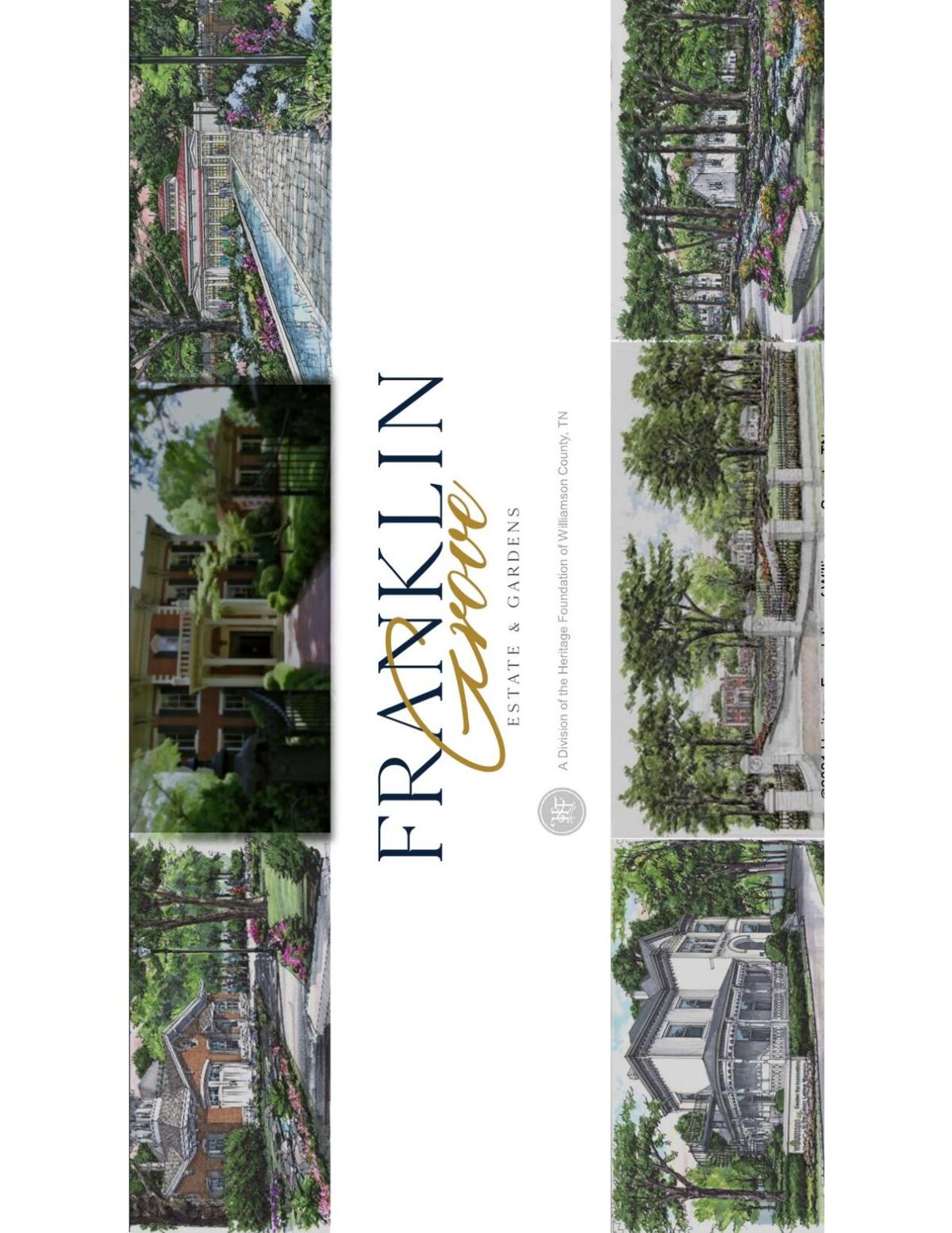 They estimate between 100-150 private events to be held on the grounds each year, with as many as 300 participants, in addition to community-focused gatherings and collaborations with local festivals. The site currently has parking space for about 90 cars.

Green said the Heritage Foundation has not done enough to respond to and allay many of the neighbors’ worries about the influx of corporate events in a residential community.

Chuck Rose, also a member of the Downtown Neighborhood Association board, agreed.

“One of the reasons we moved here is because of the community, the character, the feel of the neighborhood,” he said.

He’s concerned that the development of a corporate event space could jeopardize residents’ peace and safety and the neighborhood’s character.

“There are some real infrastructure challenges,” he added, pointing to traffic at the nearby South Margin intersection with Lewisburg Pike and potential problems with water runoff.

Brett Williams’ backyard is bordered by a fence on the Franklin Grove property. In the 13 years he has lived there, his family has experienced water runoff problems from the campus that have led to flooding in his basement.

Williams recalled having reservations after hearing an initial presentation of the project.

“It sounds like a beautiful thing, just not there,” he said. “At some point, we need to preserve the residential part.”

Through a neighborhood survey of 270 residents, Rose and Green said 72% were opposed to the conservatory venue. Though neighbors don’t all agree on which aspect is most worrisome, Rose said their main concerns are the lack of parking, pedestrian safety, water runoff and noise spillover as a result of frequently planned events.

All three men are Heritage Foundation members and said they will continue to support the organization’s goals. Rose gave his observation of the Franklin Grove project.

“It appears they're trying to run a business 250 days of the year under the guise of preservation,” he said.

Heritage Foundation Director Bari Beasley said they have been proactive in reaching out to neighbors to prepare a master plan for the project, but they still have a long way to go.

“These types of projects involve a lengthy public process,” she said in an email to the Herald. “We are at the very beginning of that process with the city of Franklin. There will be additional forums in the next few months for the general public to bring ideas and concerns to the forefront.”