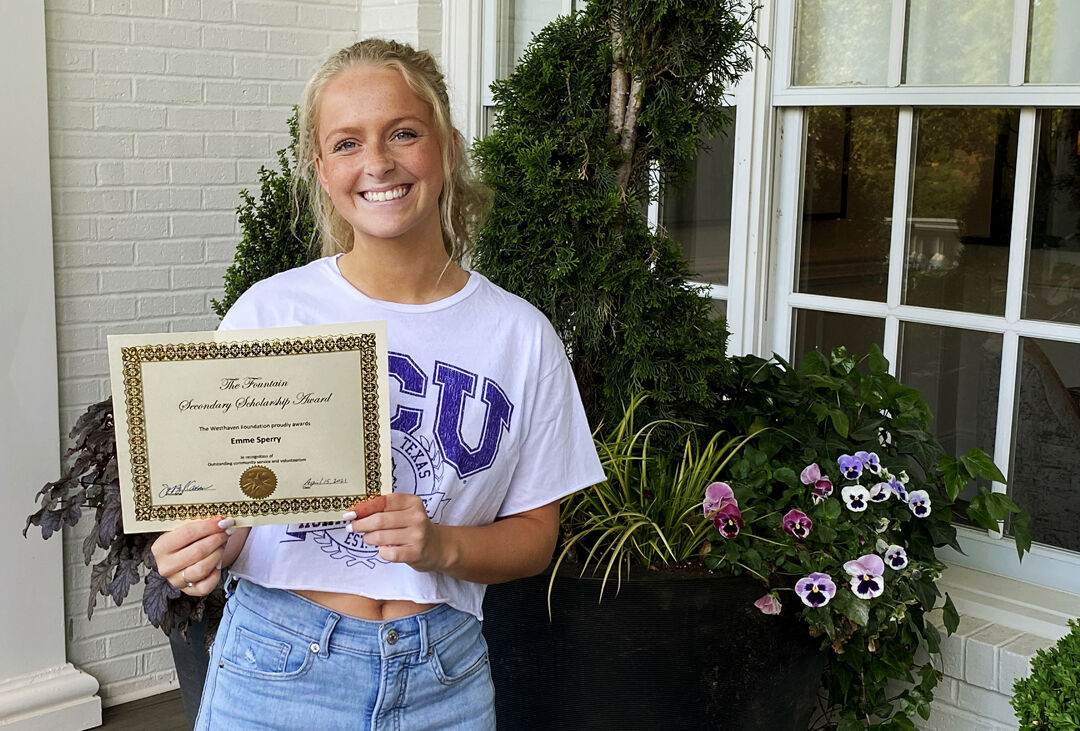 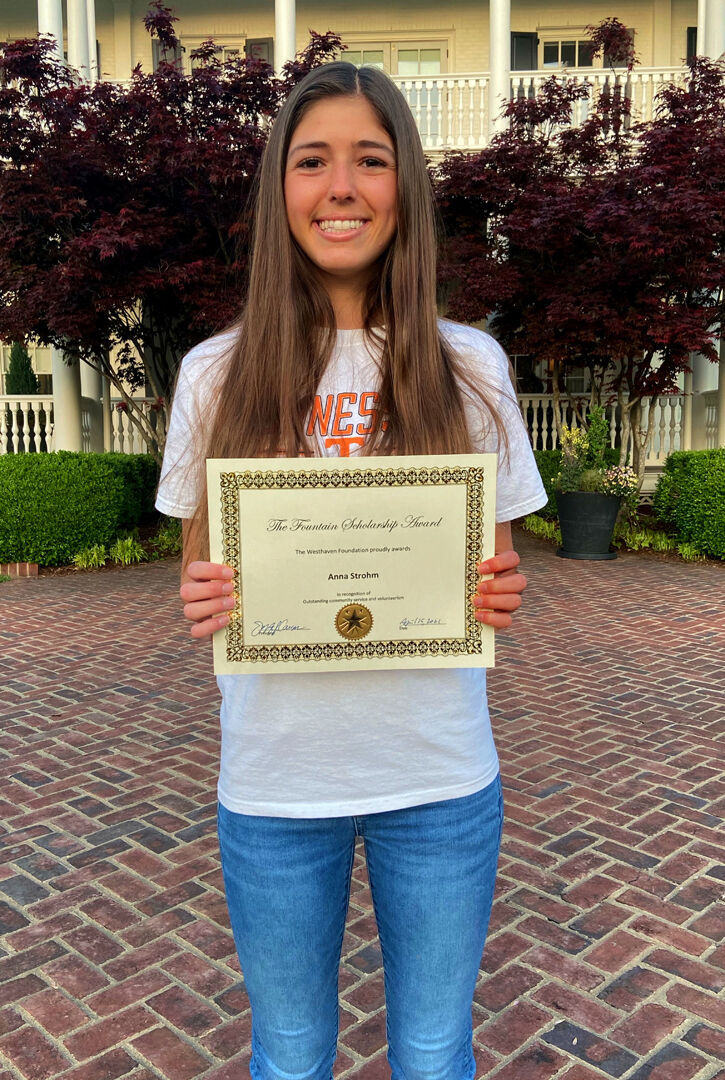 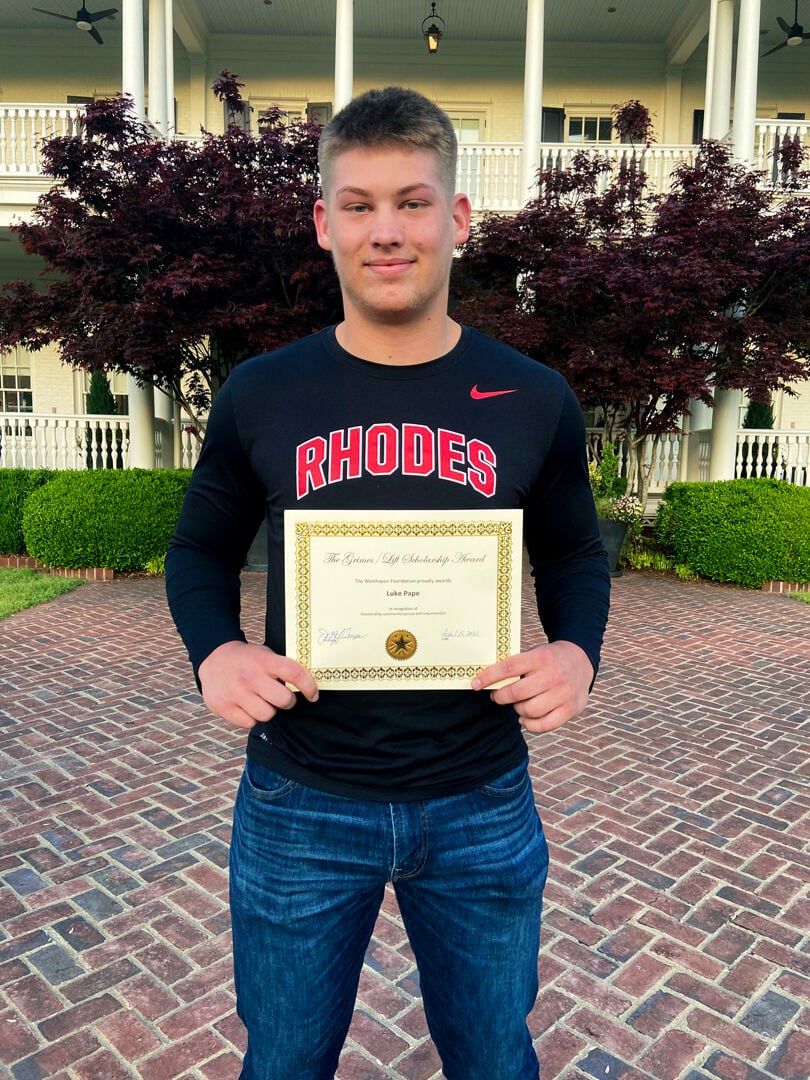 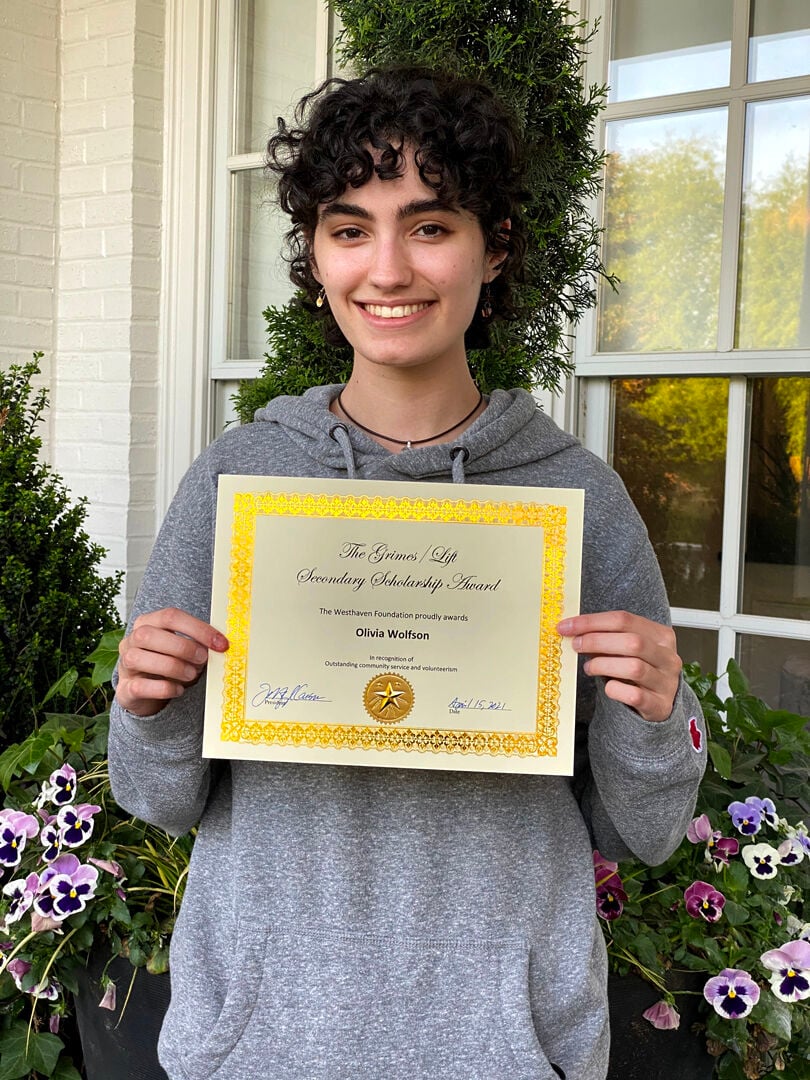 When Westhaven residents formed the Westhaven Foundation in 2000, board members included college scholarships as part of the foundation’s primary focus.

The scholarships are based on the spirit of the Westhaven community, which promotes exemplary volunteer service within the community and beyond.

Applicants must demonstrate their volunteer efforts in civic and charitable areas, have maintained a minimum GPA of 2.7 throughout high school and will continue their education at an accredited college, university, vocational or other post-secondary educational program.

Scholarships were recently presented to four members of the class of 2021.

Strohm will be attending the University of Tennessee and majoring in biology and pre-med. She began volunteering at an early age, beginning with the Saddle Up! program and Vanderbilt’s Try My Best program, where she was paired with a boy with special needs and continued to volunteer in the program until recently. She also has been involved in the National Honor Society, Spanish Honor Society, Girls Cotillion and IHS’s chapter of Friends/Best Buddies. In her sophomore year, she was a school ambassador.

Strohm also got involved with the Westhaven community’s support of the One Generation Away initiative to eliminate food deserts in low-income neighborhoods by providing fresh, healthy food directly to people in need.

She collected food donations from neighbors and created and coordinated the Westhaven Teen Council, which has 25 members who have remained involved with One Gen Away as well as other volunteer activities.

“In every activity I have participated in throughout high school, I strive to improve the life of at least one person,” Strohm said. “My role in community service and leadership has impacted me beyond measure, helping to shape me into the person I am today and the person I want to become.”

Pape will be attending Rhodes College on a pre-med track. When he was 7, he was diagnosed with Type 1 diabetes. The diagnosis changed his life.

“I learned to roll with whatever happens,” he said. “I feel that embracing T1D is the best way to overcome it as an obstacle.”

Pape said that he uses his experiences with diabetes as a baseline on how to treat others and conquering obstacles.

“Many people think that you just live with diabetes,” he said. “I made the decision to make diabetes live with me.”

The pump he wears attached to his back or leg hasn’t slowed him down or prevented him from being an honor student, an athlete, a mentor and a leader in school and in the community.

For several years, Pape has been advising children who also have diabetes and helping their families. He has been a dedicated volunteer for numerous events and activities within the community, including Tennessee Tornado Relief, NRA Women’s Leadership Forum, GraceWorks and youth wrestling programs in Fairview.

Pape regularly read to elementary age children and has been involved with several school organizations such as HOSA (formerly Health Occupations Students of America, now Future Health Professionals), Beta Club, National Honor Society and student council. He was captain of the Fairview High football team and served as an assistant volunteer trainer out of football season. He attended Boys State, which is sponsored by the American Legion.

“It is an honor to receive this scholarship and I hope to give back in a similar manner in the future,” Luke said. “I plan on continuing my service in the Memphis community (where Rhodes College is located).”

Sperry, a 14-year resident of Westhaven, will be attending Texas Christian University and majoring in pre-business.

“I’ve seen the incredible work Westhaven Foundation does firsthand,” she said. “I’m so blessed to receive this scholarship and represent community service in the Greater Nashville area.”

Wolfson will be heading off to Savannah College of Art and Design to major in illustration.