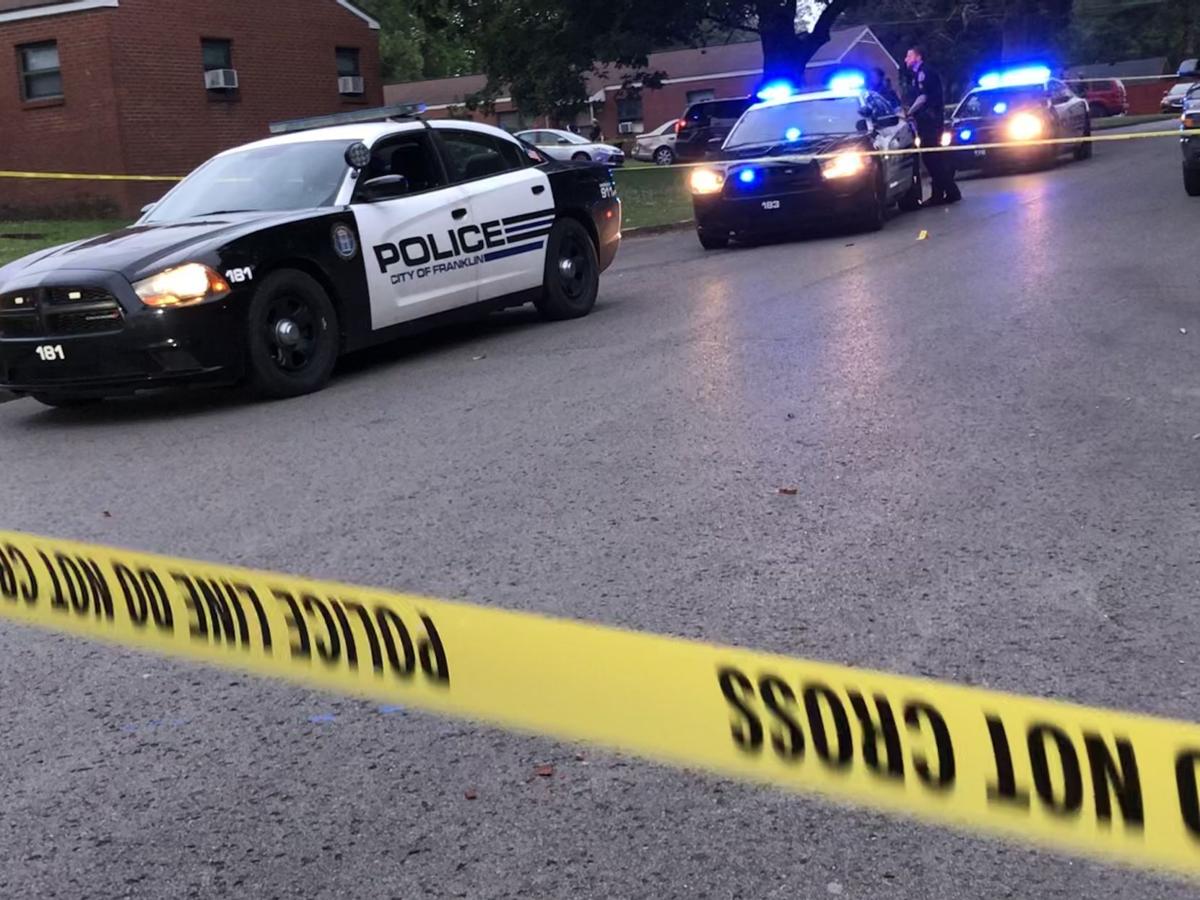 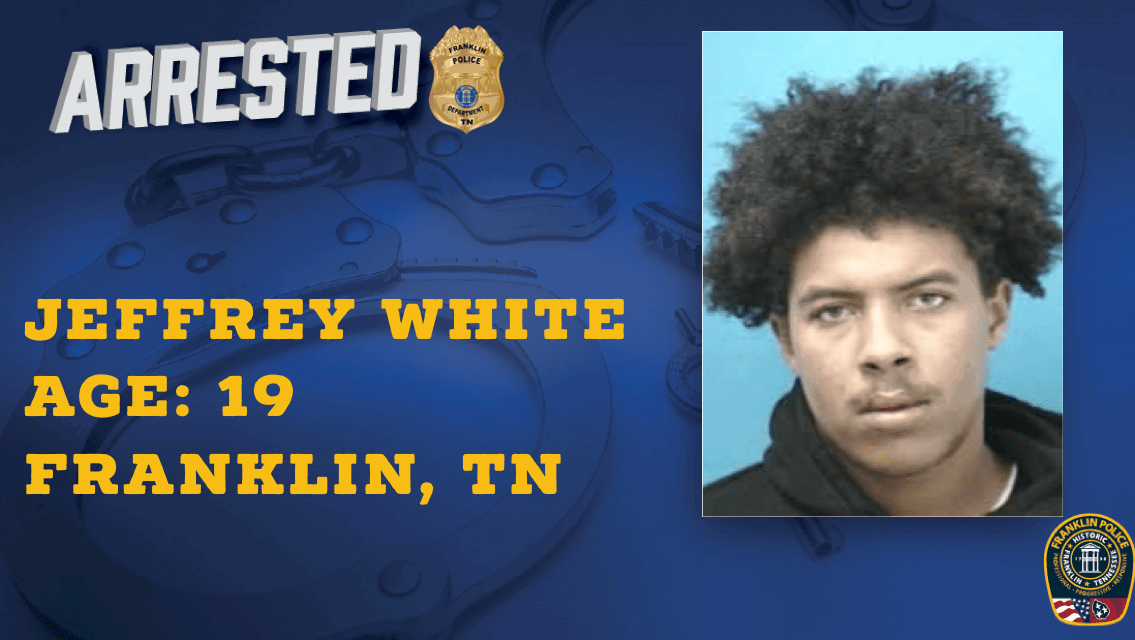 Jeffrey White, 19, was charged with aggravated assault, felony evading, reckless endangerment, two counts of leaving the scene of a crash, two counts of failure to report a crash and driving without a license.

Franklin police officers responded to a carjacking in the parking lot of Bed, Bath, and Beyond at about 7:30 p.m. Thursday.

Officers reported a black male suspect approached the victim, who was sitting in her car, and forced her out. Once the victim was outside, the suspect assaulted her and then drug her from the moving car he was stealing.

A description of the stolen car and suspect was broadcast to surrounding agencies. A short time later, Spring Hill officers spotted the suspect’s vehicle. The suspect led them on a pursuit before he crashed and was ultimately taken into custody.

The suspect, 36-year-old Clay Andrews of Only, Tennessee, is facing several serious charges in both Spring Hill and Franklin.

The carjacking victim’s injuries were not life-threatening.

The 19-year-old originally fled from Metro Nashville Police Department officers before also attempting to evade Franklin officers, who tried pulling him over near downtown. It came to an end on Acton Street near Natchez Street after White crashed into four cars, including two police cars, and a fence before being boxed in and taken into custody by FPD.

Police helicopters aided in White’s tracking and capture. No one was injured during his brazen attempted getaway.

White was being held on an $84,500 bond. He was charged with aggravated assault, felony evading, reckless endangerment, two counts of leaving the scene of a crash, two counts of failure to report a crash and driving without a license.