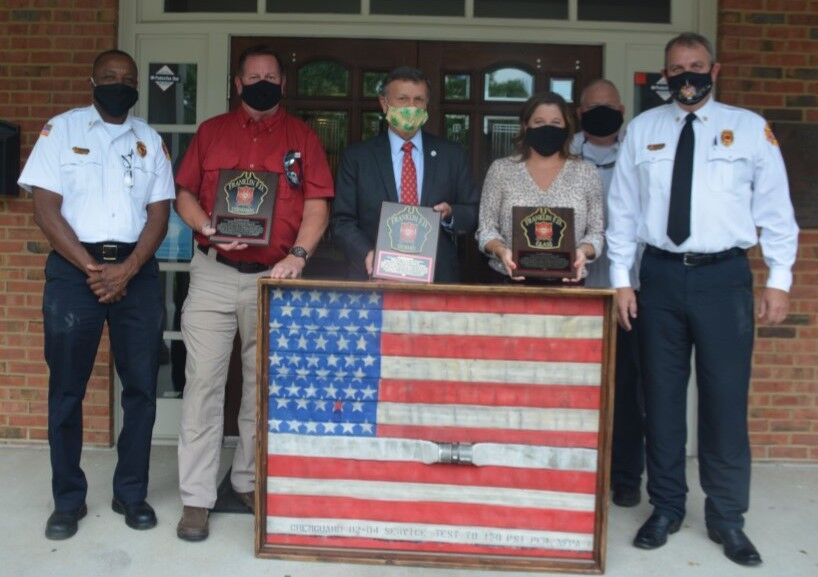 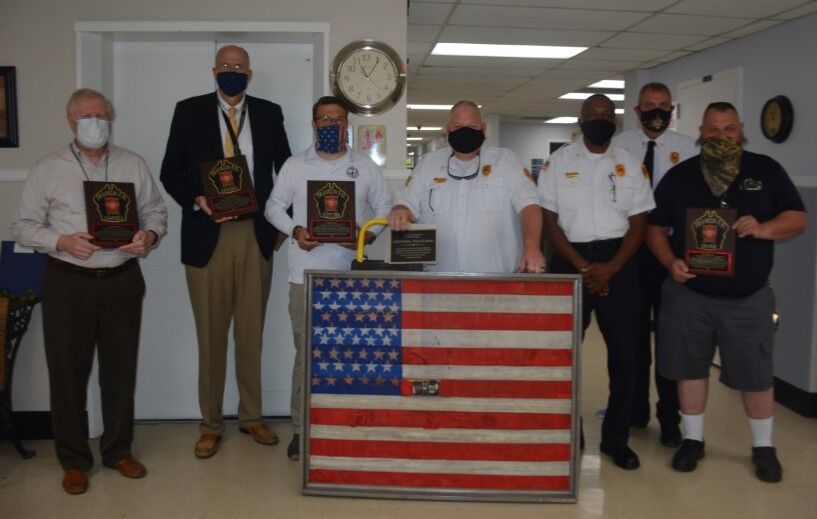 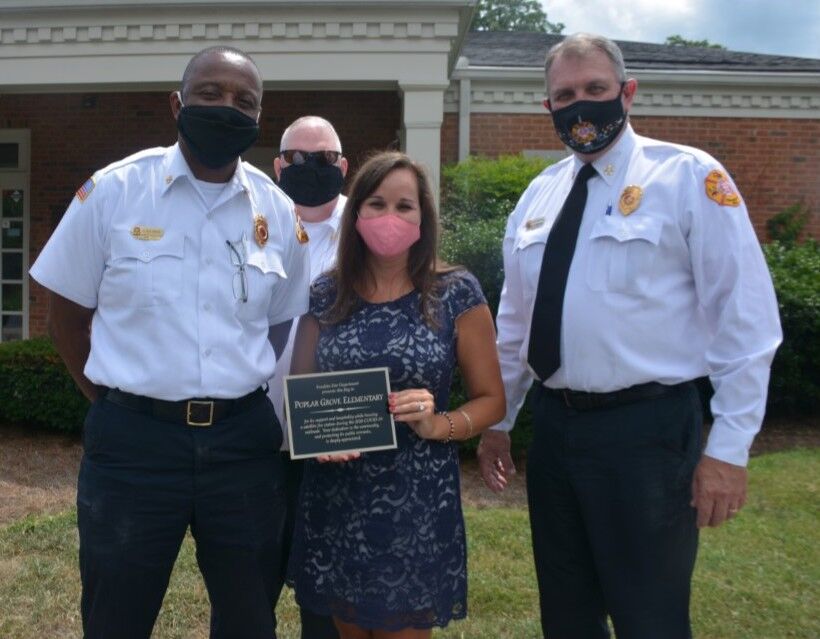 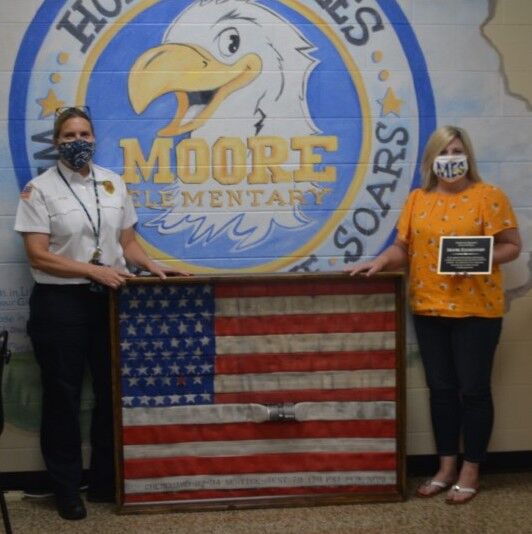 In March, with news reports of the virus spreading rapidly through fire halls in other areas, FFD officials searched for a way to prevent the same from happening in their city.

With the closure of schools due to the virus, they enlisted the help of the two school districts. Temporary, satellite fire stations were added at Centennial High School, Moore Elementary School and Poplar Grove Elementary School. This allowed firefighters from multi-company stations to spread out across several single-company fire stations, with no more than four firefighters per location, from April-July.

The improved physical distancing among personnel helped limit the risk of exposure. It also helped reduce the number of firefighters who had to isolate when an infection or exposure occurred.

As a token of appreciation, Franklin Fire Engineer Jon Krawcyk and Station 6 firefighters made American flags out of old fire hose for each of the schools. The flags were recently presented, along with plaques, to school officials.

“We are grateful to our school partners for opening their doors to us,” interim Fire Chief Glenn Johnson said. “They helped us protect our community by helping to protect our firefighters.”