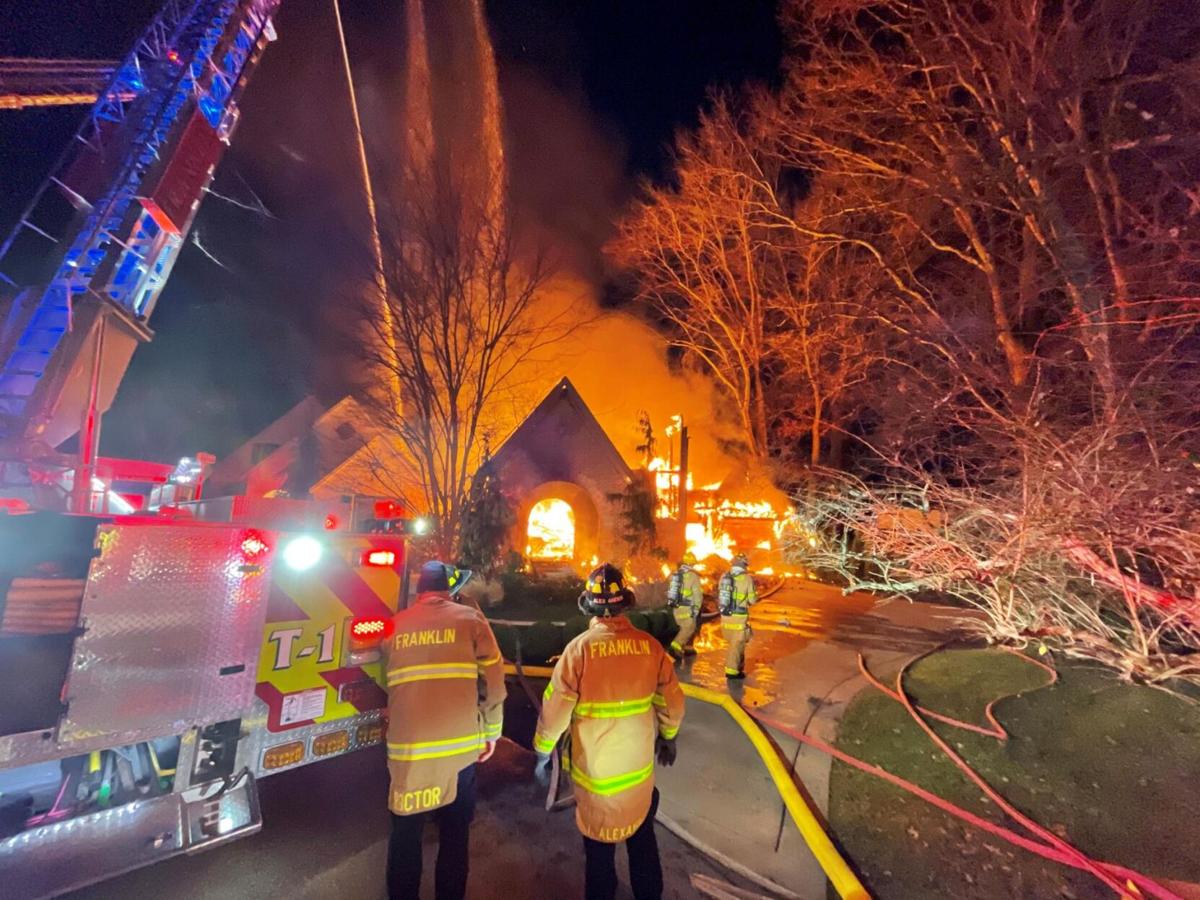 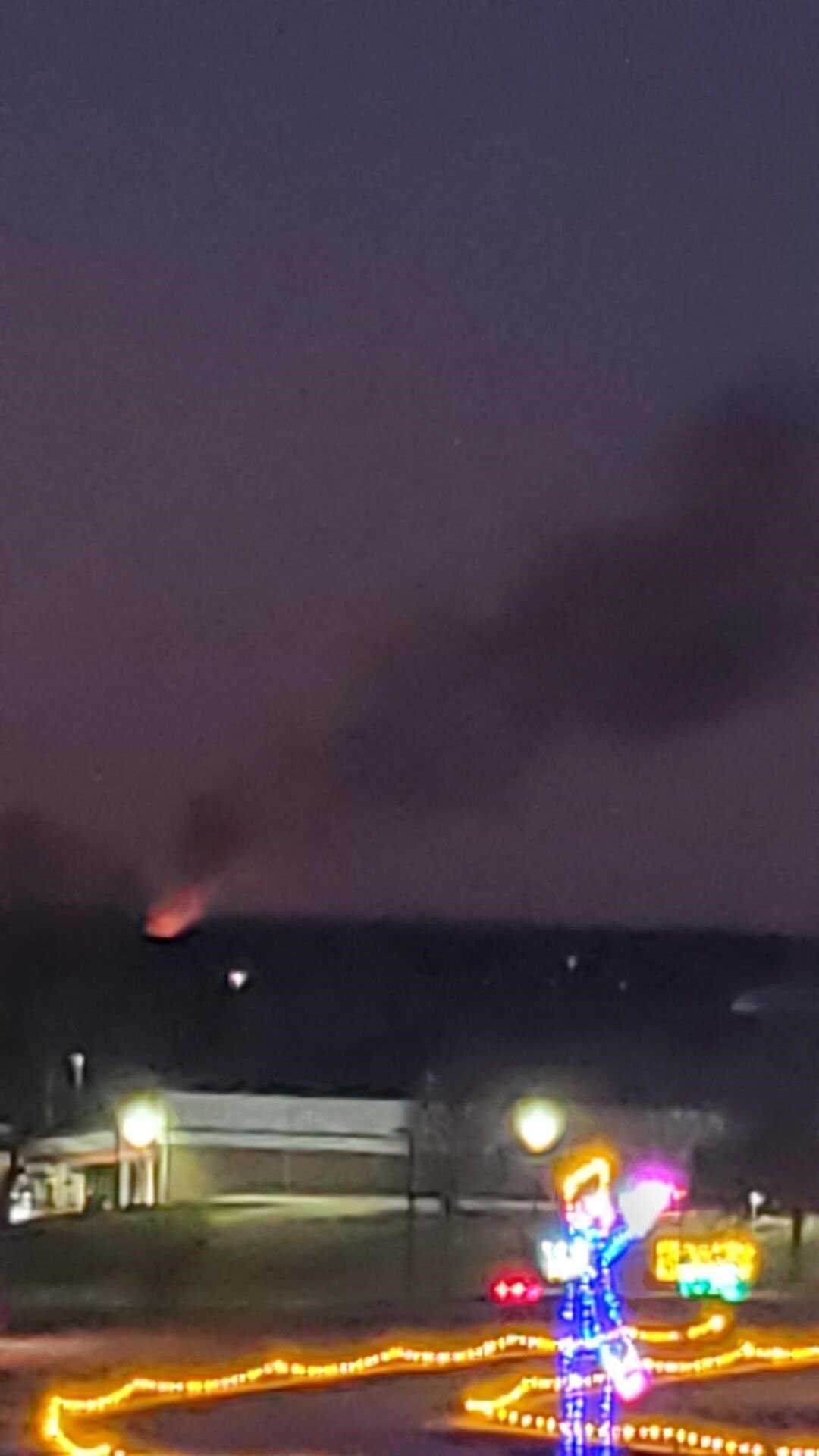 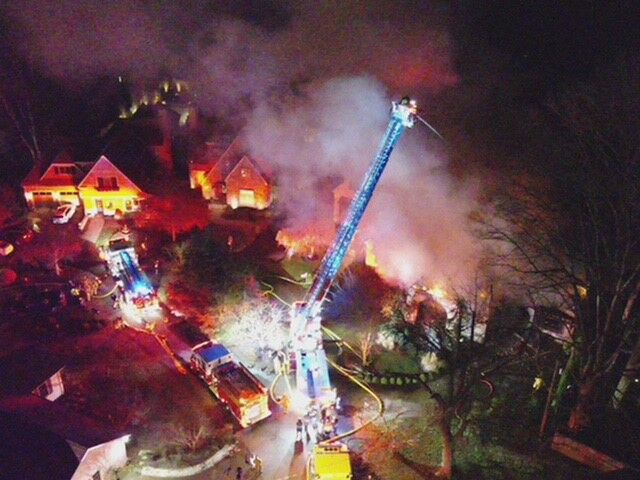 The Franklin Fire Department is investigating the cause of a Christmas day fire that destroyed a downtown Franklin home.

Firefighters were dispatched to the 2.5-story, single-family residence on Berry Circle at approximately 5 p.m. Upon arrival, they observed heavy smoke and flames coming from the roof, according to Franklin Fire Battalion Chief Tyler Crews. Flames were also visible to Franklin firefighters who were as far away as Station 7, which is located on the grounds of the Williamson County Ag Expo Center.

Crews said three teams of two made an interior attack to attempt to access the fire, however, conditions rapidly worsened, forcing them to quickly withdraw.

The fire appeared to have originated in the attic, Crews said, which consisted of approximately 1,000 square feet of open, unfinished space. He said the family smelled smoke and discovered the fire upon investigation. They evacuated and notified the fire department.

Although 911 lines were not functioning at the time of the fire, one of the family members had received Williamson County’s Everbridge notification and knew to call the alternate number of 615-790-5550.

Crews said due to water supply issues, mutual aid from the Williamson County Rescue Squad was requested early on. He expressed his appreciation to WCRS, which responded quickly with three tanker trucks, two pumper trucks and at least a dozen volunteer firefighters. He said they shuttled water from the former O’More College property, which borders the neighborhood.

Crews also expressed appreciation for city of Franklin and Williamson County public works personnel, who responded with salt and salt trucks to help them battle icy conditions. With below-freezing temperatures, ice formed on the aerial apparatus, as well as on trees in the yard. He said the ice weighed down the branches, which became a hazard and contributed to the difficulty in fighting the fire.

Crews said one firefighter was injured when he slipped and fell on the ice and hurt his shoulder. Other than that, no injuries were reported.

Firefighters protected a nearby home, which was less than 10 feet away from the blaze. Crews said the loss is estimated at $2 million, and thankfully, the damage did not extend to the neighboring home.

The Williamson County Emergency Alert System (Everbridge) reverse 911 mass notification system was activated Friday to warn residents of the 911 outage. Sign up today or log in to make sure your information is current at https://bit.ly/311fzNr.

Due to continued instability of the regional network, the Williamson County Emergency Communications Center (911) is continuing to experience intermittent outages. If you are in an emergency, continue to dial 615-790-5550 until further notice.

How to help local couple displaced by house fire

On Christmas Day, Danny and Teresa Anderson were celebrating the holiday at their home in downtown Franklin when they smelled smoke and saw fl…