The event started small, with around 120 eventually showing up to listen to speakers discuss racial reconciliation. 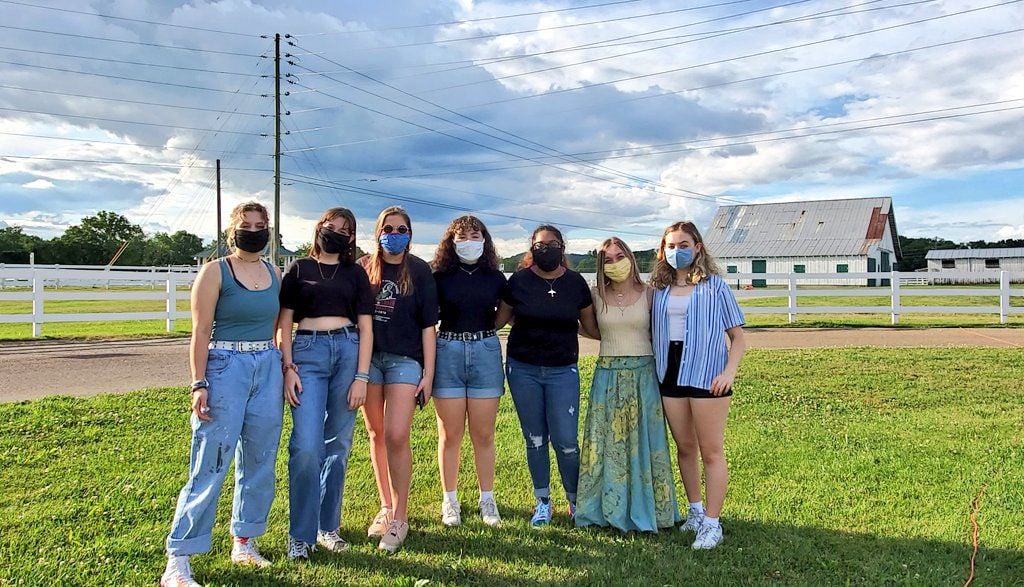 Tariah Lane, a recent graduate of Brentwood Academy, read a poem addressing her fears of becoming a mother to black sons.

Howard Garrett, a recent candidate for Franklin alderman, spoke at the event.

The event started small, with around 120 eventually showing up to listen to speakers discuss racial reconciliation.

Tariah Lane, a recent graduate of Brentwood Academy, read a poem addressing her fears of becoming a mother to black sons.

Howard Garrett, a recent candidate for Franklin alderman, spoke at the event.

A group of Franklin girls hosted a vigil to honor the black victims of police slayings on Wednesday night at the Park at Harlinsdale Farm.

Though the event started out with a few dozen attendees, over 120 people showed up on the grassy lawn at Harlinsdale to hear speakers and discuss inequality and how to change.

The girls, who range in age from 14 to nearly 17, are all students at Centennial High School. While none of them are black, they began a group chat to discuss current events in the wake of George Floyd’s death. After attending various area protests, they decided to organize their own vigil through their Instagram page, @FranklinTeensforJustice.

“We are just a group of friends who didn’t see anything happening directly in Franklin, so we wanted to do something on our own,” Collins said.

They put out the call for black speakers, and several responded.

“We want to stand up for what’s right. We’re the future. We want to amplify black voices,” the girls all agreed.

Recent Brentwood Academy graduate Tariah Lane, who will attend Vanderbilt University in the fall, was one of the speakers. Raised by black parents who were born and raised in Williamson County, Lane spoke to the crowd about her fears of becoming a mother to black sons.

“I’d say, ‘Don’t move too fast, too slow,’ but neither has prevented our brothers and sisters from receiving a blow,” Lane said.

“Accountability is not a bad word, it’s a word they need to accept like every other part of society,” Sreepada said, referring to law enforcement. “We are all accountable for our own actions in our professions. Many of us are accountable for what we do, there is no reason to think it should be any different for the law enforcement officers in this nation.”

Franklin Alderman Pearl Bransford, a native of Brownsville in West Tennessee, discussed her childhood experiences with racism. As an 11-year-old, she marched around the local courthouse with her grandparents to demand the right to vote.

“I marched with signs and spiritual hymns, saying all the right things,” she said, while alongside her family marched a group of white hooded and gowned KKK members, calling them “very disrespectful” names. “I just couldn’t understand why these men, women, hated us so much. Why did they hate us? What was the fear?”

“She has made it part of her mission to reach out to the black and brown communities in Franklin,” Bransford said. “So, if any of you have a question on policing in Franklin, you tell her I sent you, and you’ll get your questions answered.”

Pointing to the younger generation, Bransford encouraged conversations about a redesign of the county seal, as well as the removal of the Confederate soldier monument, nicknamed Chip, on the downtown Public Square.

“There’s ways in history for other folks to be honored when they did something,” Bransford said. “But, when you are a traitor to our country, and you are a murderer of our people, I don’t see why we need to be honoring you in the Public Square.”

The event culminated with the reading of a list of black people killed by police officers over the past six years, followed by an 8-minute, 46 second silence to reflect, the same amount of time it took for George Floyd to die at the hands of Minneapolis police.