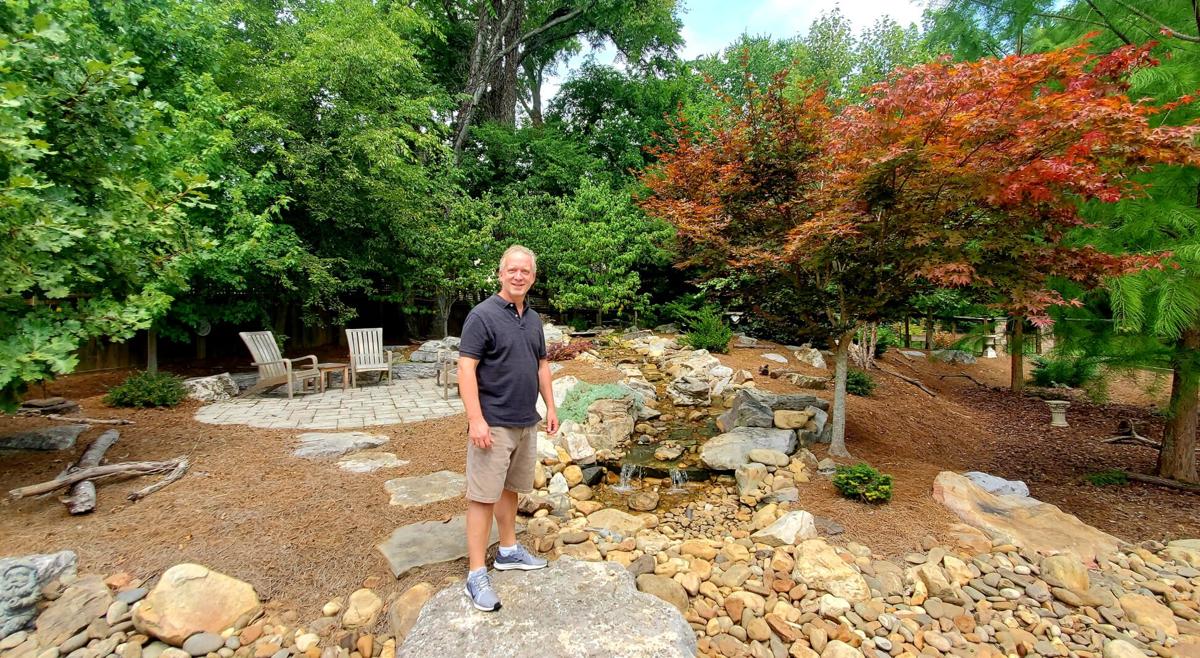 Roger Walters in his backyard in downtown Franklin. 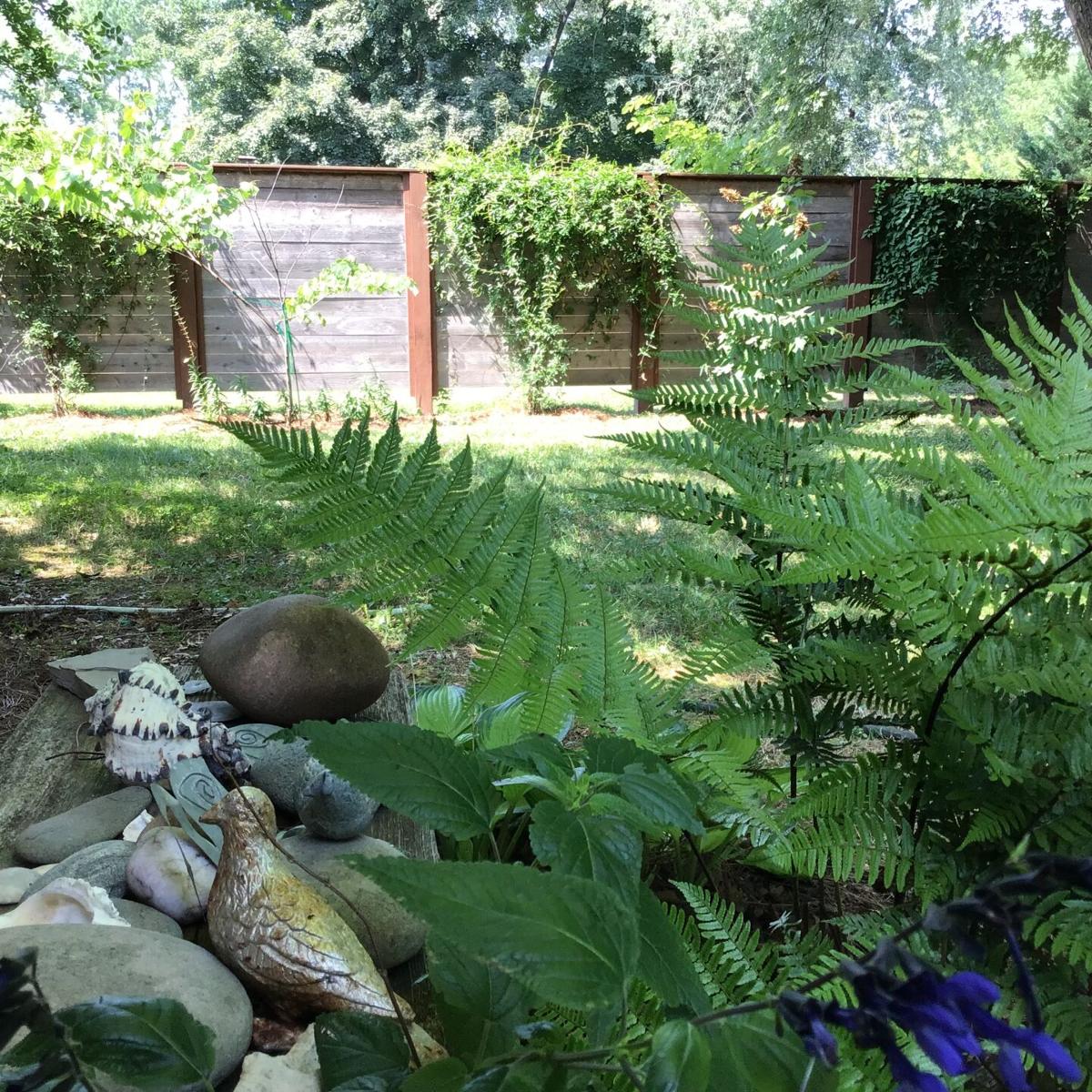 Roger Walters in his backyard in downtown Franklin.

Strolling through the neighborhoods of downtown Franklin is a relaxing endeavor, largely because of the beautiful gardens and yards.

This is what downtown residents Bob and Lisa Ravener were thinking as they walked through their neighborhood one day.

They paused to admire Lynne and Tony McAlister’s yard on Fair Street, shaded by a spreading maple tree and bordered by hydrangea bushes. Lynne McAlister is the president of the Downtown Neighborhood Association, where Bob Ravener serves on the board.

“We were struck by the beauty that is in Lynne’s yard,” Bob Ravener said. “When you see something like that, it can’t help but make you feel better.”

Inspired, he approached Lynne McAlister about finding a way for interested residents to better align their yards with the local environment, including attracting native pollinators and reducing harmful invasive species.

In his research, Bob Ravener came across the Tennessee Smart Yards program through the University of Tennessee’s Institute of Agriculture. State residents have had the ability to complete the certification on their own for several years.

“What is compelling for the statewide program is, they hadn’t really contemplated creating a community certification,” Bob Ravener said.

He reached out to Dr. Andrea Ludwig, who heads the program at the university’s agricultural school, and she put him in touch with the Williamson County field rep, Taylor Reeder.

There is a small circle of DNA members who have begun Smart Yard certification, and a larger group who have begun to show interest, Bob Ravener said.

One of the people working to create a more natural landscape is Janeth McKendrick. A resident of Rebel Meadows, she responded to a DNA survey asking what kinds of programs or emphases residents would like to see.

“I wrote that my aim is to have less lawn and more native pollinator plants,” she explained.

McKendrick’s husband died 15 years ago; for her, the garden is a place of peace and joy.

One of the first steps in reaching Smart Yard certification is to send a soil sample off to be tested. McKendrick’s soil was healthy, though others might need to add chemicals to balance pH levels.

The Smart Yard program also includes a workbook with ideas for how to handle water runoff, create habitats for birds and insects, and reduce invasive species, which choke out native plants and lead to depleted soil quality.

McKendrick has worked to rid her yard of invasive species and plant more native pollinators, like milkweed, which is the only plant monarch butterfly caterpillars eat as they grow.

Some of her favorite plants are the native vines, orange milkweed, black-eyed Susans and herbs, which also attract pollinators.

Roger Walters is a consultant with Chevron, but when he’s not working, he enjoys spending time in his backyard in downtown Franklin.

When Walters and his partner, Alan Simms, purchased their home on Lewisburg Avenue in 2011, they spent several years renovating it before moving in. Walters said he spent time working with a landscape architect to design the yard, which features lots of pine needles that don’t require frequent watering and are dog-friendly.

They also have native trees, including red maples and apple trees. The central feature is a rock garden with a small waterfall that helps distribute rainwater. And Walters is proud that he recently received a bird sanctuary certification.

When he heard about Smart Yards through Bob Ravener, he was worried he might have to make a lot of changes to comply.

“I’d actually done like 80% of what they’d recommended,” he said.

Walters encourages people who are interested in making their yards smarter to think about their favorite plants they see out in nature. There are several local nurseries where people can find native Tennessee plants for their yards.

“Go out in the woods and see what you like, then look it up online,” he said. “I think the biggest thing is, you don’t have to do it all at once. Decide what it is you really want out of it, and build it in over a couple of years.”

Part of the Smart Yard educational effort includes a one-page monthly newsletter, launched in March, sent out in conjunction with the DNA’s regular news blast that goes to around 700 people.

DNA gardeners have also connected with groups like the Master Gardeners and Habitat Connection to gain insight into different practices for beautifying and preserving the land.

Though the program has been publicized to downtown Franklin neighbors, its proponents want to spread awareness to all Franklin and Williamson County residents to build a better, more natural landscape.

A member of the Friends of Franklin Parks board, Bob Ravener hopes to incorporate the Smart Yard program within city parks.

McKendrick is optimistic others will want to join in creating a healthier landscape.

“I thought this was a marriage made in heaven,” she said. “What city would possibly be better to advertise?”