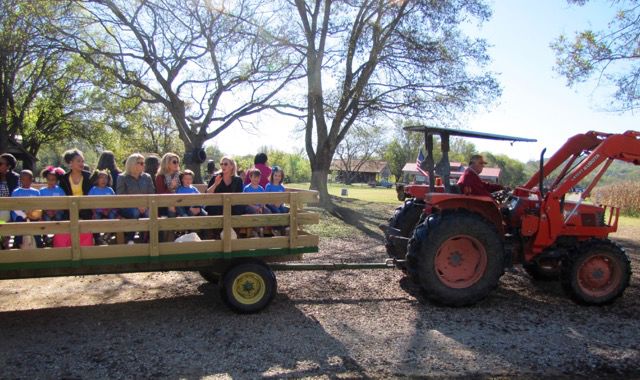 Field trips to Gentry’s Farm always include a tour of the farm on wagons pulled by a tractor driven by Allen Gentry. 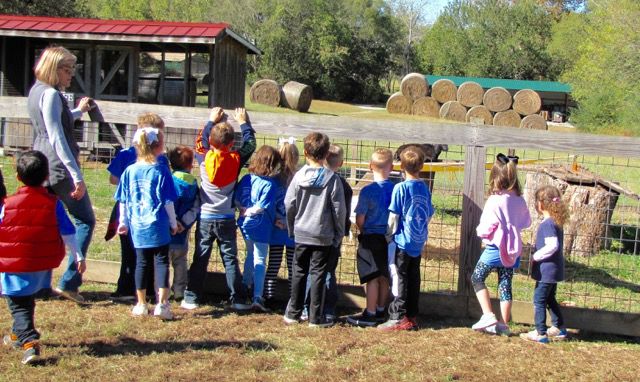 Students from Edmondson Elementary School in Brentwood get a taste of farm life as Cindy Gentry leads them around Gentry’s Farm.

Field trips to Gentry’s Farm always include a tour of the farm on wagons pulled by a tractor driven by Allen Gentry.

Students from Edmondson Elementary School in Brentwood get a taste of farm life as Cindy Gentry leads them around Gentry’s Farm.

Franklin aldermen and neighbors are concerned with a proposed residential project which could place a road through Gentry’s Farm.

During a meeting Tuesday, the Franklin Board of Mayor and Aldermen heard a proposal for the annexation of 841 Old Charlotte Pike. The nearly 60-acre property is located in northwest Franklin, behind Gentry’s Farm to the east, in the city’s urban growth boundary.

The property was purchased by the Stewart Campbell Jr. Legacy Trust in 2017 for $2.9 million, and the same entity has petitioned the board for annexation to develop the land.

A proposed development fits the conservation subdivision design concept, which means 50% of land would be left as open space.

Though official plans have not yet been submitted, the developer plans to seek 154 single-family detached and attached townhouse units.

Sufficient sewage capacity would need to be studied, but what upset aldermen and neighbors Tuesday was a proposed connector road to Old Charlotte Pike, slated to run through Gentry’s Farm.

The proposed road, however, was initially identified by the city engineering team in their major thoroughfare plan.

Allen Gentry, son of lifelong Franklin resident Jimmy Gentry, spoke against the annexation of the property.

A sixth-generation descendant, his family has owned the farm since 1848. He said he recently heard of the proposed development from a neighbor.

“Annexation and development beside our farm will increase undue pressure and change in our way of life,” he said.

Gentry also said the property sits between two other properties that are on the Register of Historic Places.

“We love Franklin, and we realize the area is no longer the small town we grew up in,” he said. “We hope to maintain the farm and our family, but with these pressures, it would be very difficult.”

John Montgomery, another neighbor, proposed directing the road east, and not through the Gentrys’ property.

“What you as the Board of Mayor and Aldermen are able to do is dictate to planning through the approval yourself of how that road is extended,” he said.

Ward 1 Alderman Margaret Martin remembered a similar project in the area from several years ago. Upon inquiring at the time, an engineer told her a connector road did not have to go through the Gentry property.

“I hope to goodness we can do something about that,” she said.

“The legacy of this ward alderman will not be a road through the Gentry Farm,” Ward 2 Alderman Dana McLendon agreed.

At-Large Alderman Brandy Blanton also said she would never support any project with a road through the farm.

Greg Gamble, president of Gamble Design Collaborative, said the road location was flexible and would be addressed in the project’s development phase.

He said the discussion Tuesday was simply about the property’s annexation.

This is a great example of why Conservation Subdivisions should be eliminated. They are a developer's trick. They sound nice, but usually are not. Here, we would have 154 housing units on 30 acres, which is 5.13 units per acre. I haven't seen the site plan, but often, acreage that is unable to be built upon (e.g. floodplains, or land that is too steep) is used to enable much higher density to be built on the build-able portion of the site.