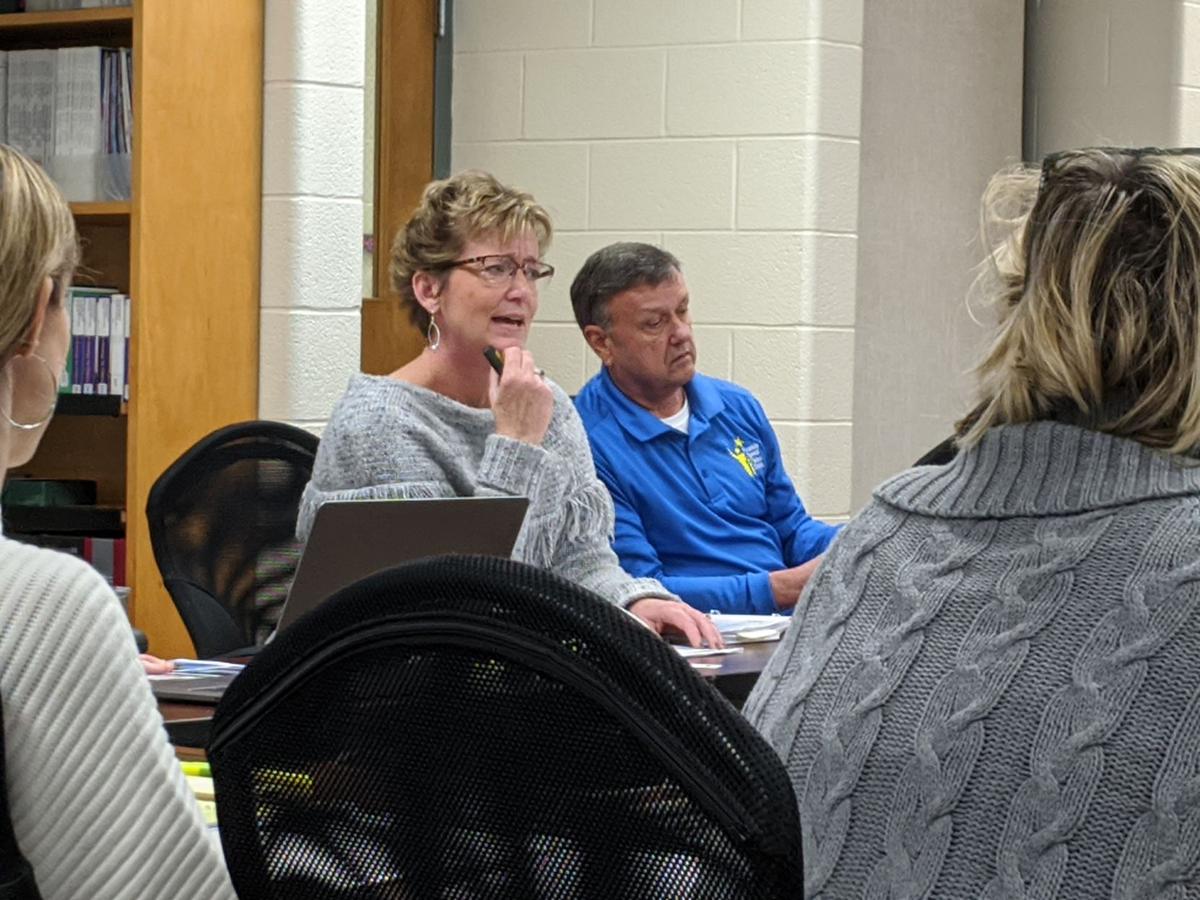 FSSD Associate Director of Teaching and Learning Catherine Stephens presents two 2020–2021 calendar options to the board. 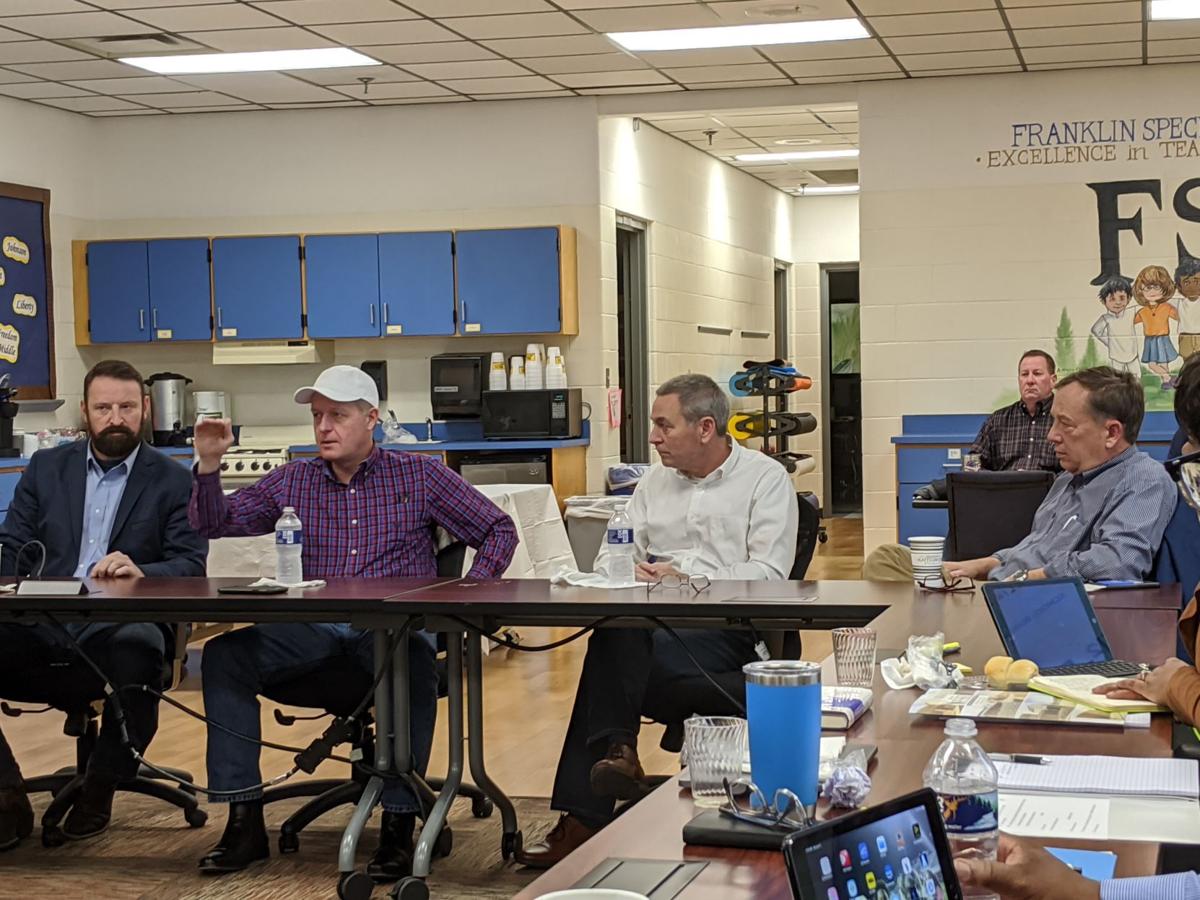 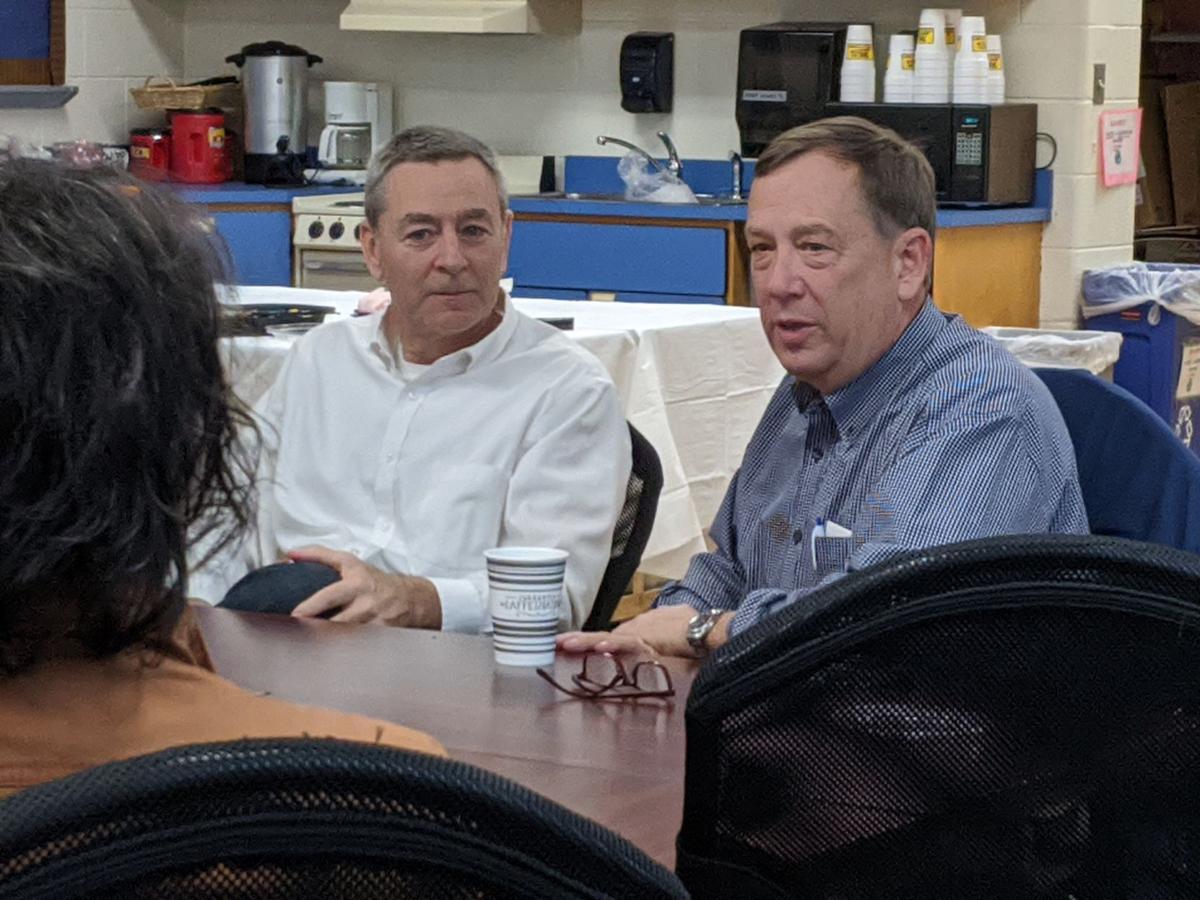 District 65 Rep. Sam Whitson began the legislative update presented to the board. 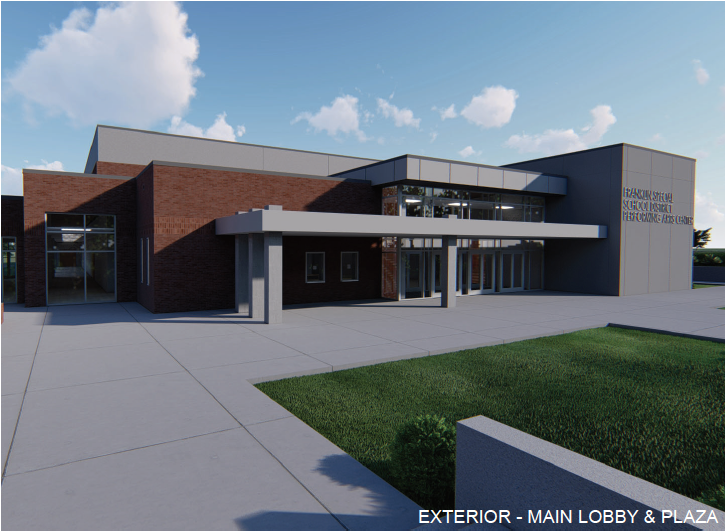 Rendering: FSSD school board members were concerned the current design for the upcoming Performing Arts Center look too “correctional.”

FSSD Associate Director of Teaching and Learning Catherine Stephens presents two 2020–2021 calendar options to the board.

District 65 Rep. Sam Whitson began the legislative update presented to the board.

Rendering: FSSD school board members were concerned the current design for the upcoming Performing Arts Center look too “correctional.”

While most Franklin residents spent the day huddled up in their homes during some inclement weather, the Franklin Special School District Board of Education spent its Saturday hearing presentations and planning for the next school year.

In the Teacher Center of Moore Elementary School, school board members started the weekend bright and early with a conversation about law and policy. Tennessee’s District 61 Rep. Brandon Ogles, state Sen. Jack Johnson, District 63 Rep. Glen Casada and District 65 Rep. Sam Whitson joined the board members for a legislative update.

The legislators explained Gov. Bill Lee has his sights set on criminal justice reform and vocational education this year, and Johnson explained there could be legislation coming down the pipe that would provide funding for school counselors.

FSSD Director of Schools David Snowden said this is relevant to the needs of area schools due to the “increasing number of students with mental health issues.” He explained he and Williamson County Schools Superintendent Jason Golden share a concern over mental health in their districts.

“[Mental health] doesn’t just impact the education of those students, but it impacts all the other students,” Snowden said.

School board member Allena Bell mentioned the district has a therapy dog, and Franklin Mayor Ken Moore is developing a blue-ribbon mental health panel to bring awareness of the issue in the city.

“When people get vouchers — let’s say they go to a private school — that’s public education money that is being used, but because they’re in a private school, that child is not going to be held to the same standards that a child in one of our public schools is being held to,” she said.

Casada explained the legislation that allows for these ESA vouchers is essentially a trial run to see what helps students in struggling districts, and changes in requirements for both private- and public-school testing are on the table.

Johnson stepped in to clarify that private-school students do uphold some of the same testing standards, but he does not think it would be appropriate to enforce the same standards on private schools given the purpose of the vouchers.

“There is some of the same testing required of these kids that will receive the ESA … and enough that we will be able to monitor that over the coming years,” Johnson said. “This is 7,500 students out of a million statewide, so why you would be so fixated on them taking the exact same tests when these 7,500 kids that are in failing schools right now, … by the assessments that they’re getting now, they’re going to be denied an opportunity of pursuing the American dream because the education system is failing those kids.”

Snowden also voiced concern about unfunded mandates from the state, explaining the district has, in the past, struggled to scrounge up funding for them.

Ogles acknowledged the concern and said Williamson County’s reputation as a wealthy and well-educated area can sometimes make advocating for particular issues difficult.

“Educators from the [more rural] districts and some of the metropolitan areas, when we weigh in too heavily on an issue, they say, ‘Well, you’re Williamson County. You’ve got the best of everything,’” he said. “To that same point, though, we are disproportionately funded in Williamson County. We don’t get our fair share of BEP funding.”

Barker also encouraged the legislators, in light of the teacher shortage in the state, to look into regulations that make it difficult for out-of-state teachers to get a Tennessee license.

The board then heard construction updates on some of the district’s upcoming capital projects. Project manager at HFR Design, Jared Brown, presented initial renderings of the new Poplar Grove gymnasium and district performing arts center to be built north of Poplar Grove Middle and summarized the plan for the replacement of the HVAC system in Liberty Elementary.

Additionally, he displayed the renderings for the performing arts center, the seating capacity of which has fluctuated a few times but has landed at 490. The center will include an auditorium with a small orchestra pit, pre-performance space, concession stand and FSSD Legacy Gallery, which will celebrate the district’s history.

Upon seeing the exterior of the building, several board members remarked on the design looking “correctional” and too much like a government building. Board chairman Tim Stillings in particular was concerned the building wouldn’t fit the aesthetic of historic Franklin.

Poplar Grove Elementary Principal Alisha Erickson spoke up to say that, in all fairness, it is consistent with the 20-year-old Poplar Grove building, but perhaps they could find a happy medium between the current model and a more modern architectural style.

The board also saw a presentation from Nabholz Construction, new to the Middle Tennessee area, on how they would approach these construction projects.

Nabholz Business Development Officer Brock Cline explained that they hope to make construction a community-oriented event and offer to help with groundbreaking, topping out and ribbon cutting ceremonies as well as hold a touch-a-truck and safety day for the students and families.

FSSD Associate Director for Teaching and Learning Catherine Stephens then gave a presentation on the 2020–2021 calendar options the board will vote on at its meeting Monday night. She explained that a group of 70 stakeholders — administrators, teachers, parents, and paraprofessionals — came together to voice their calendar preferences and vote on a draft.

She explained that the top four priorities for the group were to ensure fall break is one week, winter break is two weeks, the calendar is aligned with WCS, and Thanksgiving break is one week. Because the WCS calendar allows for a two-day fall break, including a full week off requires some disparity between the FSSD and WCS calendars, but the options presented worked the differences down to either eight or six days.

Stephens explained that it’s important to stick closely to the WCS calendar because many families have kids in both FSSD and WCS, as the former feeds into the latter after eighth grade.

This is because the WCS calendar holds a professional development day on Oct. 12, giving students the day off. The first option for FSSD moves that date to Jan. 5, starting the semester a day later, while the second option keeps the October date and starts the same day as WCS.

The 70-person group largely preferred the first option, where the spring semester would begin on Jan. 6. The board will vote on a final calendar at its meeting on Monday, Jan. 13 at 6:30 p.m. at Johnson Elementary School.