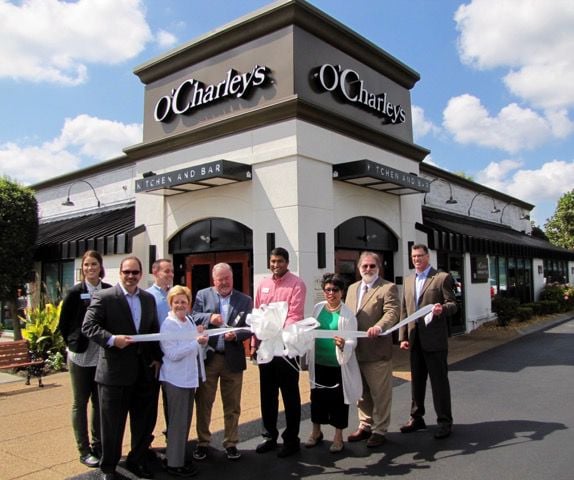 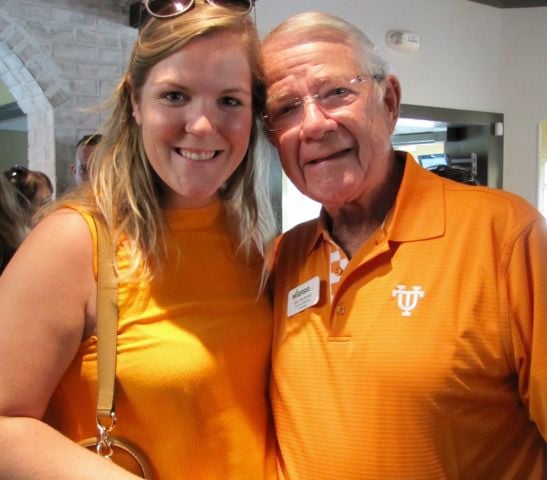 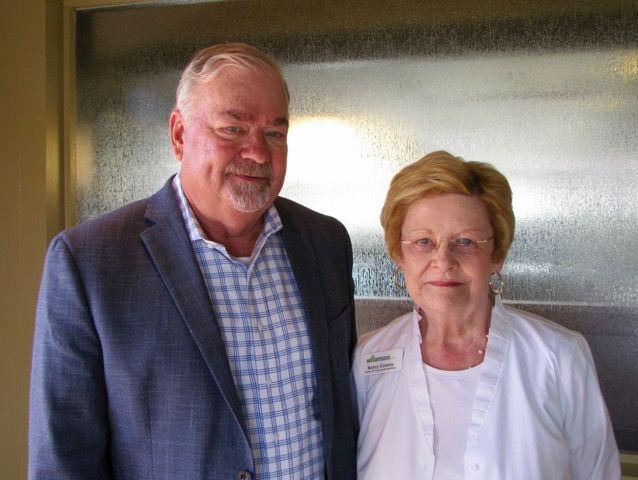 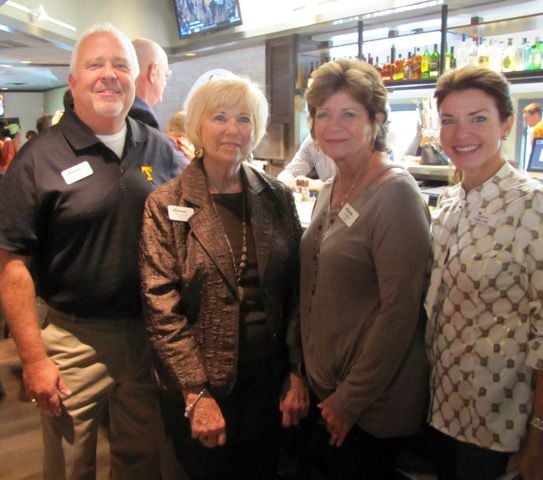 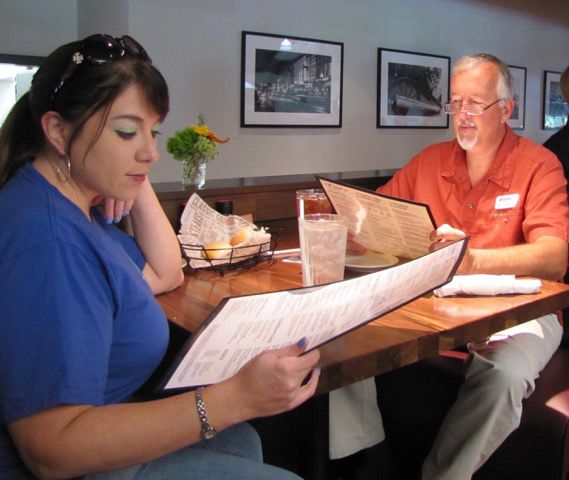 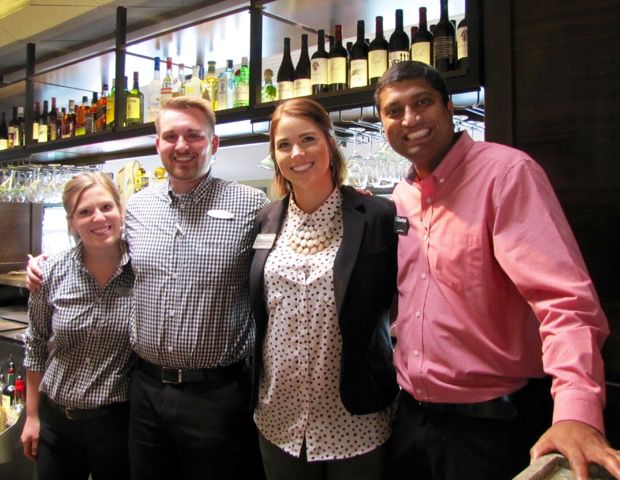 O'Charley's management and staff take time from a busy celebration for a photo. From left are Rachel Gallaher, Will McLoud, Manager Rachel Sonnenberg and General Manager Ravi Balakrishna.

O'Charley's management and staff take time from a busy celebration for a photo. From left are Rachel Gallaher, Will McLoud, Manager Rachel Sonnenberg and General Manager Ravi Balakrishna.

The Franklin location of the O’Charley’s Kitchen and Bar became the first of the restaurant’s Middle Tennessee locations to undergo a revitalization and remodel of its facility, and the company celebrated the updates with several community leaders and guests.

Officials from O’Charley’s, including company President Eddie Hall, joined Williamson Inc. members and others at lunchtime as a ribbon cutting officially launched the new-look restaurant located on Murfreesboro Road. Hall told the crowd that with the remodel, O’Charley’s was starting from scratch in couple of different ways.

“We’ve been a part of this (Franklin) community for more than 25 years, and we wanted to return to our roots,” he said. “That means quality, and that’s in our people, our service and our food. We have things that are made from scratch.”

In addition to the redesign on the interior, the restaurant’s menu has been updated as well. It features high-quality, never-frozen steak, salmon and chicken, and several new items. Among them are house-made spicy Jack cheese wedges, shrimp tacos and classics like chicken parmesan. A mainstay of O’Charley’s, Free Pie Wednesdays, remains intact.

“It’s home,” Chris Beckler, the company’s regional vice president of operations, said of why Franklin was chosen as the first of the 23 O’Charley’s in the Nashville area to have the makeover. “We have very loyal followers, and they’re coming from an affluent community.

“So far, [feedback] has been outstanding. We’ve received nothing but compliments.”

O’Charley’s has been based in Nashville since its founding more than 40 years ago. It operates 209 restaurants in 17 states. Visit www.ocharleys.com for more information.