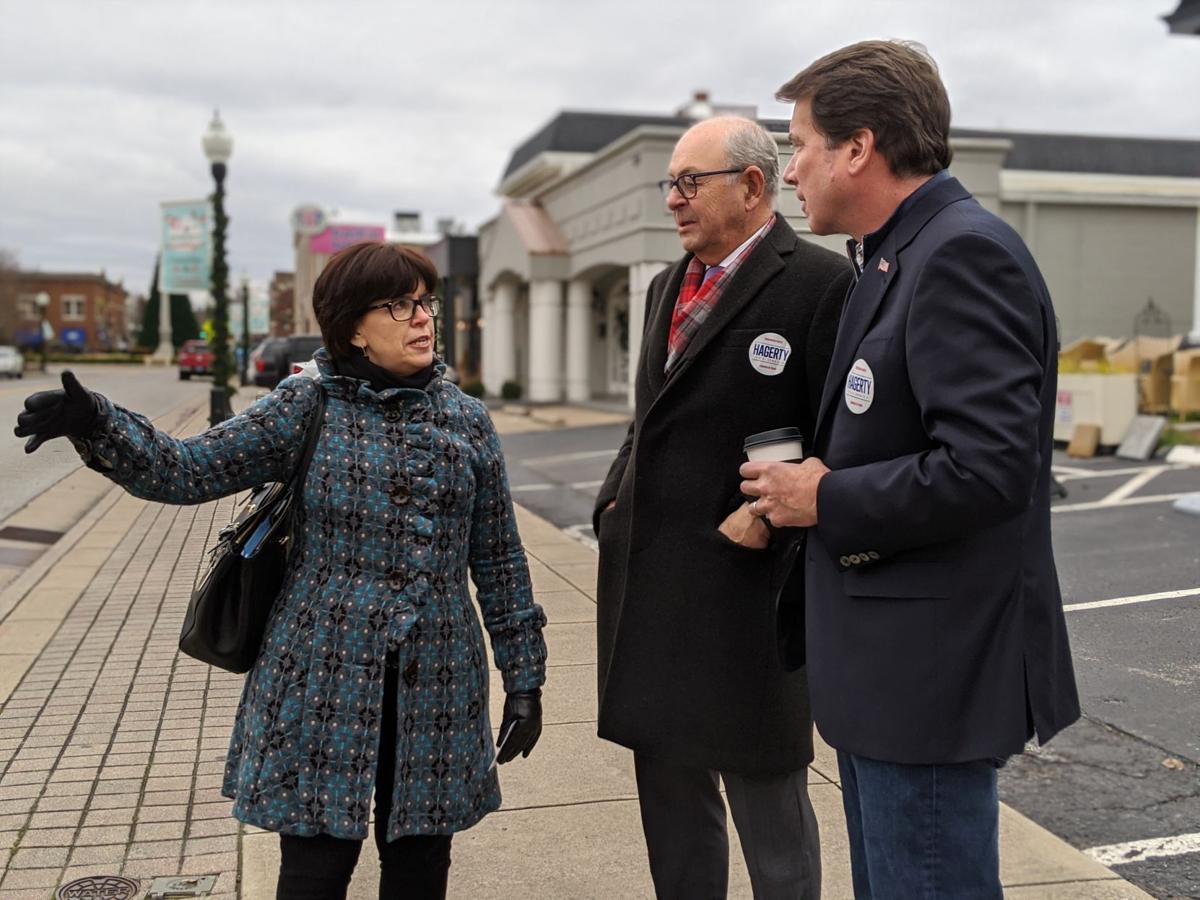 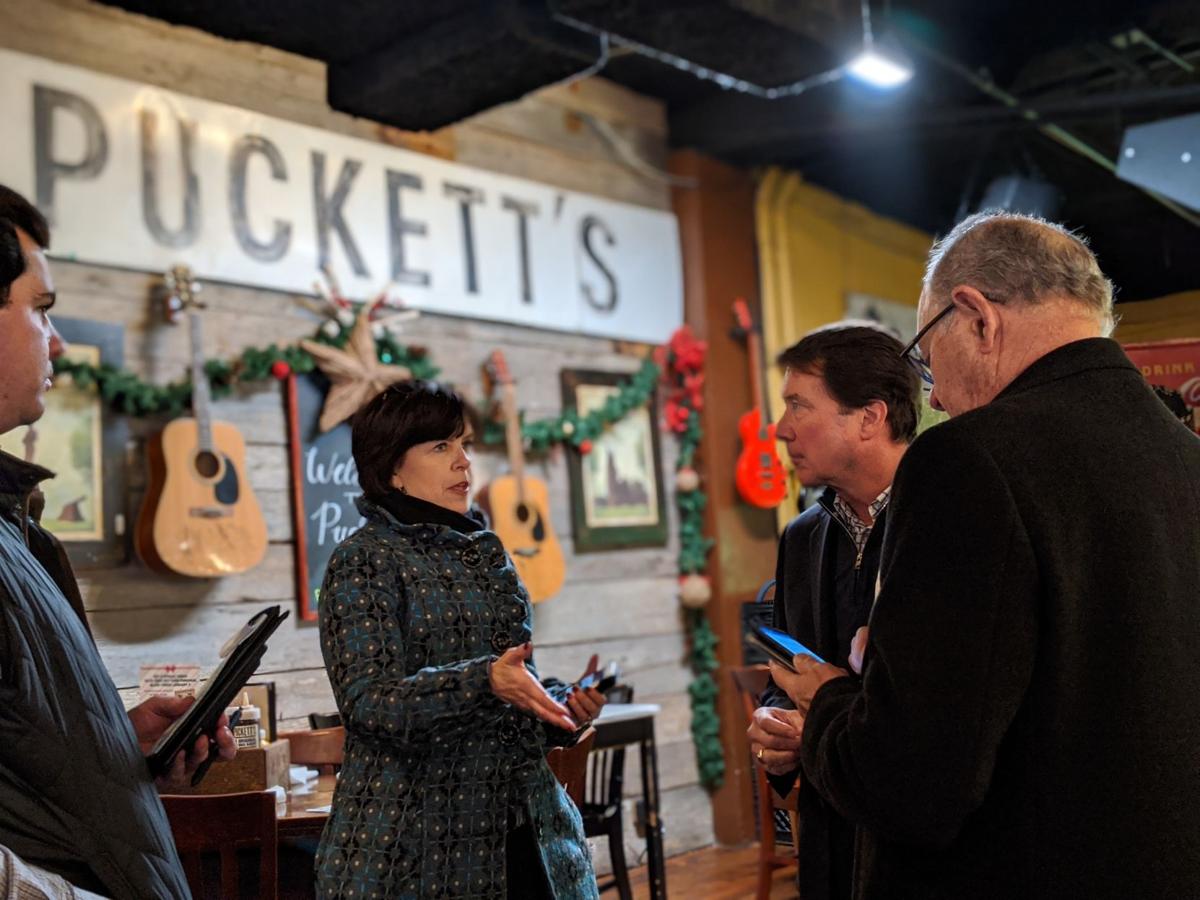 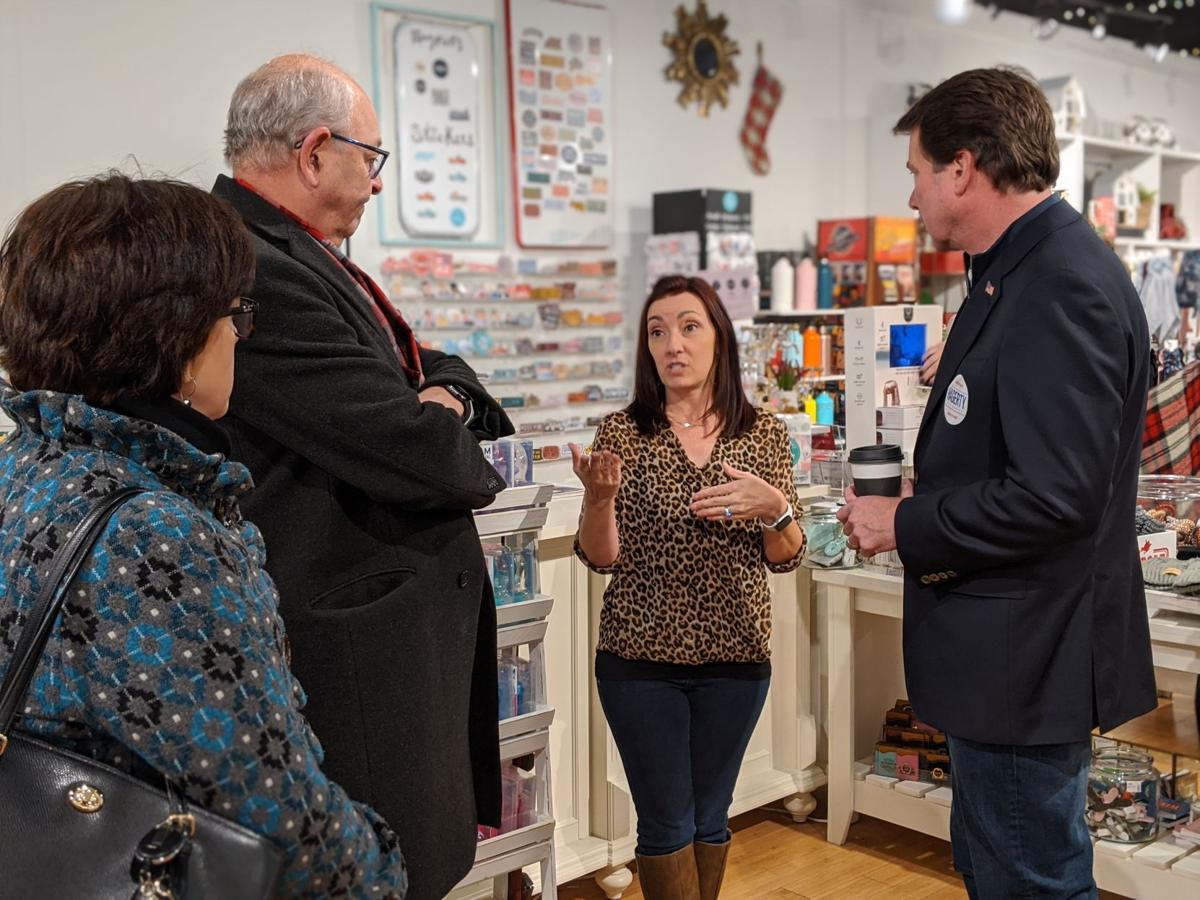 Former U.S. Ambassador to Japan and 2020 U.S. Senate candidate Bill Hagerty took a stroll down Franklin’s Main Street Monday to learn more about the city and the small business owners up and down the road.

Franklin Mayor Ken Moore and Visit Franklin CEO Ellie Westman Chin led the candidate from the lobby of The Harpeth, still undergoing construction, all the way to the Franklin staple, Puckett’s Grocery & Restaurant, stopping at other notable spots to chat with local business owners, like Carol Tomlin of Landmark Booksellers and Marianne DeMeyers of Tin Cottage.

“It’s great to be here and see the economy still growing strong in Franklin,” Hagerty said. “It’s been great to be here to hear the concerns of people, … to hear what they think the opportunities might be for our state, and what I’m hearing importantly is getting the government out of the way.”

President Donald Trump announced in July Hagerty’s plans to resign from his position as a U.S. Ambassador to run for Senate, and the Nashville native launched his campaign officially in September alongside top-tier competitors Manny Sethi, an orthopedic surgeon, and James Mackler, an attorney and U.S. Army veteran.

The principle of “getting the government out of the way,” Hagerty explained, is central to his campaign. He said he is concerned that the things most important to Tennesseans are threatened by “the liberal socialists in Washington.”

“When I hear them advancing theories like Medicare for All, expanding Obamacare to the point where we will have no private health insurance, … and I hear them talking about the Green New Deal that would basically inject the government into every aspect of our lives — we don’t need that,” he said. “We need less government.”

Hagerty said he would like to see the national debt number reduced and promises to raise the question, “Is this something government should be doing?” in his work should he be elected.

He also hopes to be a part of steering the federal government towards a focus on those outside Washington. He said he believes Tennesseans along with him are growing wary of the impeachment efforts against President Donald Trump.

“I think people are tired of this. They’d rather see Congress working on things that will make a difference for Americans and for Tennesseans,” he said.

He explained he backs the president, and the feeling is mutual, as Trump has endorsed Hagerty’s candidacy. According to Hagerty’s campaign site, he shares many of the same political views as the president, including being for lower taxes and a wall along the southern border and against Obamacare and tight restrictions around fossil fuels. He also expresses anti-gun-control and anti-abortion messages on his site alongside his support for the military.

Drawing further connections between himself and Trump, he said he is, like the president, “a businessperson with an outsider’s perspective,” which he believes will aid him in trying to build up the economy and provide high-paying jobs to Tennesseans.

Hagerty explained that, above all, he will stand for Republican principles and with the president.

“I will stand up to the Democrats in their efforts to push our economy and push our nation towards socialism,” he said. “And I will stand up against their attempts to impeach the president, and I’ll stand up to Republicans like Mitt Romney who tend to side with Democrats against our president whenever that approaches.”

My gosh Ms. Keafer this article sounds like you just recycled a Bill Hagerty for Senate press release. That was very interesting about Mr. Hagerty opposing Mitt Romney when in fact he led Mitt Romney's campaign not once, but twice in Tennessee. He worked very hard to defeat Tennessee's own Fred Thompson in 2008.

He also did not mention his work for Jeb Bush's campaign in 2016, working hard opposing Donald Trump.

Tennessee does not need a multi millionaire elitist willing to say anything to get elected. There are enough of those in the U.S. Senate already!