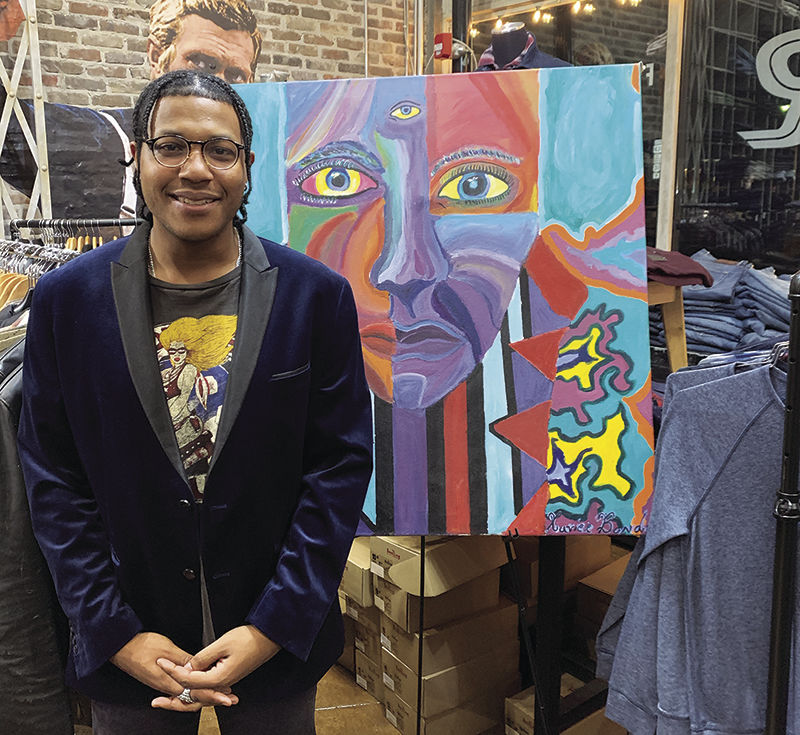 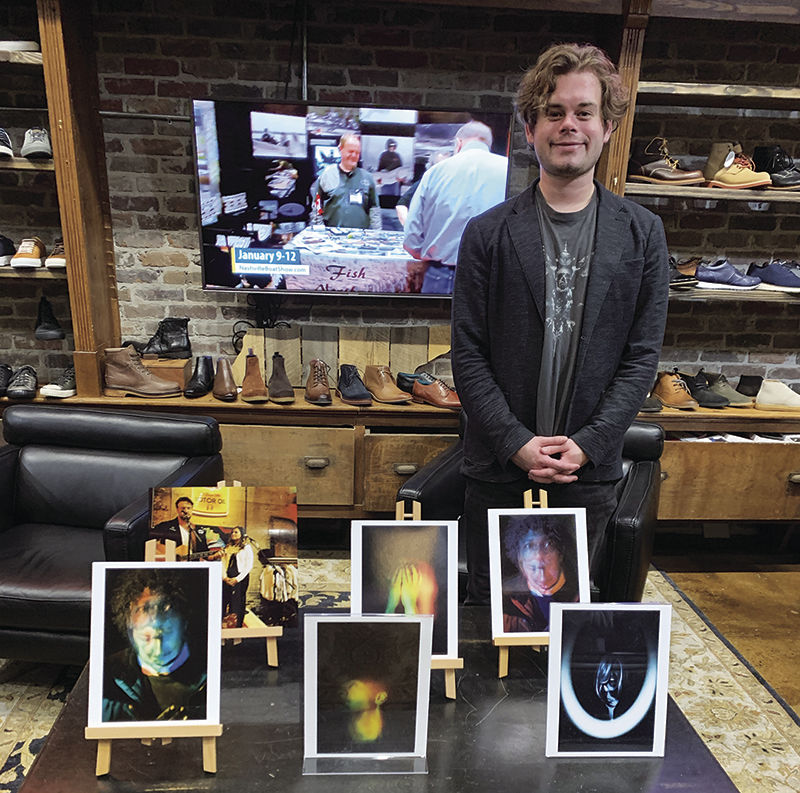 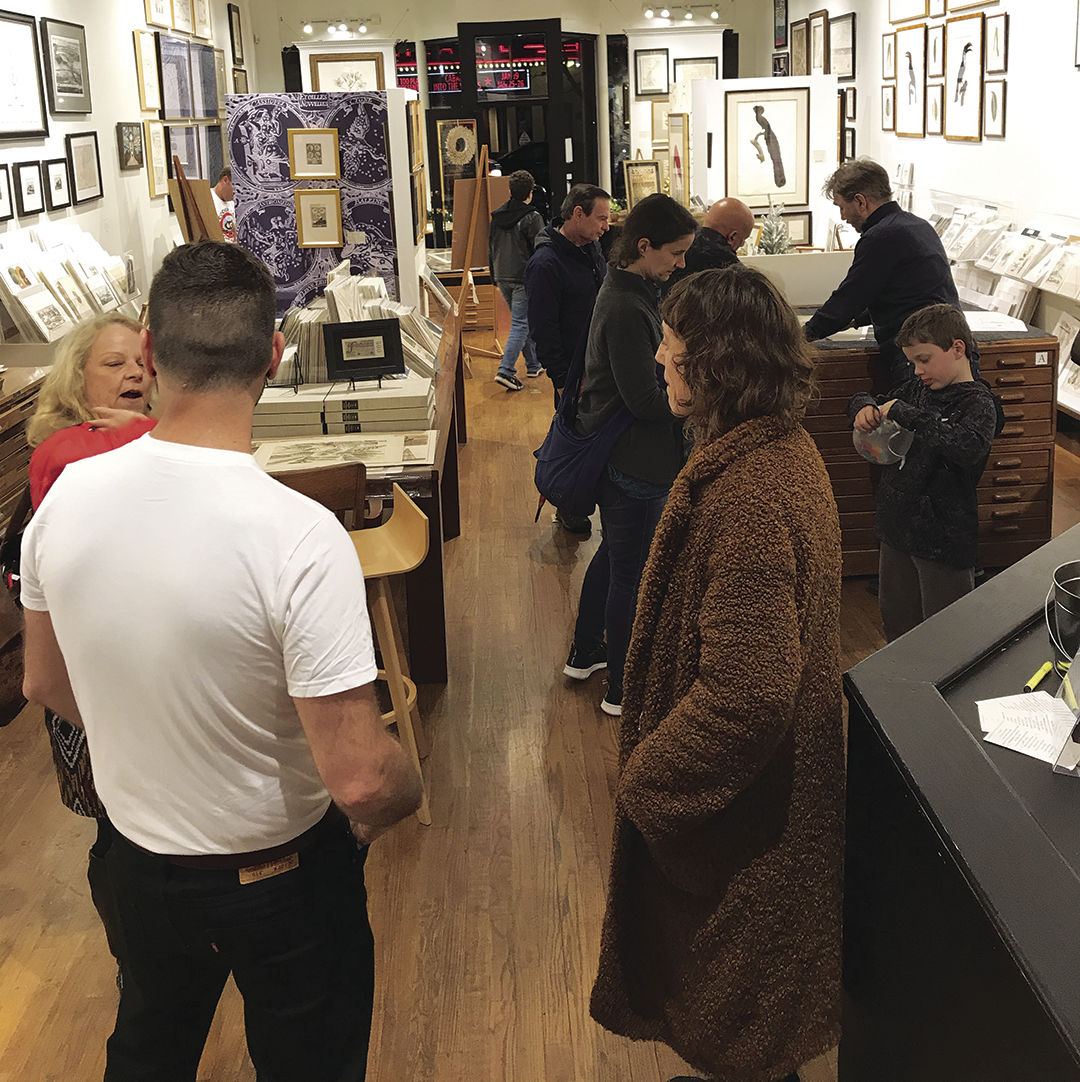 For some, the start of a new year isn’t just an end of the holidays or the changing over to a new calendar. It’s a means to set new boundaries and redefine the expectations of the coming months.

Seizing the moment to start anew, the Franklin Art Scene’s January crawl was a totally different experience. As the first month of the year is typically a time for people to recover from the recent flurry of activities, the crawl’s number of participating venues decreases from the max capacity of 20-something stops, with last Friday’s number of eight locations on the crawl passport.

“January’s crawl can be a bit of a wild card,” said Damico Frame & Art Gallery owner and Art Scene co-founder Michael Damico. “The weather can encourage or discourage people from attending, as it might be too cold for some. The tradeoff is that we get to interact with the people who are serious about the art crawl.”

Damico says that fewer spots does not mean less of an art-seeing experience. Instead, it means that those making the rounds don’t feel the need to rush from site to site, and that they get to take their time with the output of the crawl. Fewer spots can also mean more rare sights to be shown, as venues and artists don’t feel as much pressure to cater to the average person. Much like letting a musician play from their selection of deep cuts, January’s crawl was able to let the community’s creative scene show a side of itself not typically seen in other months.

Take Franklin Road Apparel Company’s display of Xavier Bond’s work for example. Bond, a local graphic designer who works for the retailer, was able to display a collection of psychedelic pieces that don’t feel the need to appeal to everyone or compromise their vibrance.

Bond shared the space with musician Jake Martini and photographer/videographer Bryce Thwaits. The three worked well together in a crisp difference from what might be expected if the showing occurred during any other month.

Franklin Road Apparel’s display of alternative aesthetics was one of several takeaways from the night. Catie Beth Thomas’ environmentally conscious fiber art is another case in point of great art seen at the crawl.

Her “healing orbs” series at the Franklin Visitor’s Center incorporated sustainable plant dyes and repurposed fibers and was actually a physical representation of specific memories and emotions.

Nashville artist Grant Cooley showed work from his forthcoming The World of Enoch fantasy game. Taking over the front corner of Rare Prints, Cooley chatted with visitors about the subtleties of the paintings, the techniques used to make them and the inspirations that forged the imagery.

Cooley also discussed his participation in the Franklin Art Scene.

“I am incredibly grateful to the folks at Rare Prints Gallery for helping get the Art Talks series off the ground. Every month, we’re going to be showing different pieces here, either from other artists or myself. Each Art Talks event brings new work to the fray, educating Franklin about the struggles and triumphs an artist experiences.”

Cooley described the night as “successful” and “informative,” sharing that he and others involved in next month’s crawl are already working on ideas.

The next art crawl is set for Feb. 7. For more information, visit FranklinArtScene.org or check out the organization’s Facebook page.