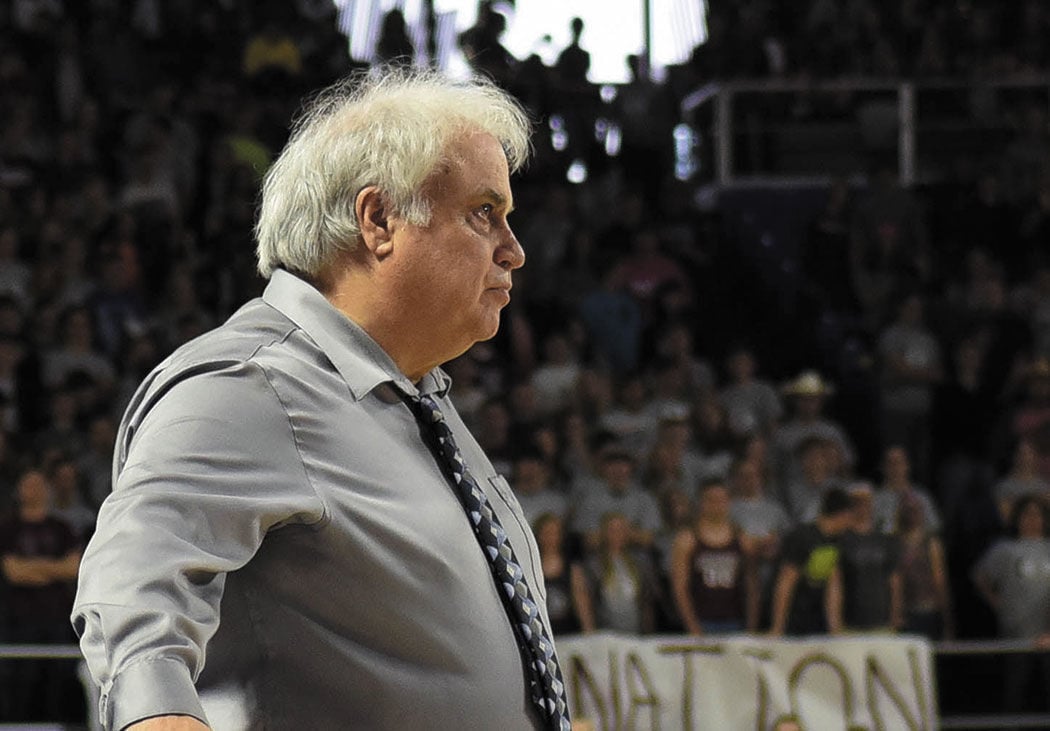 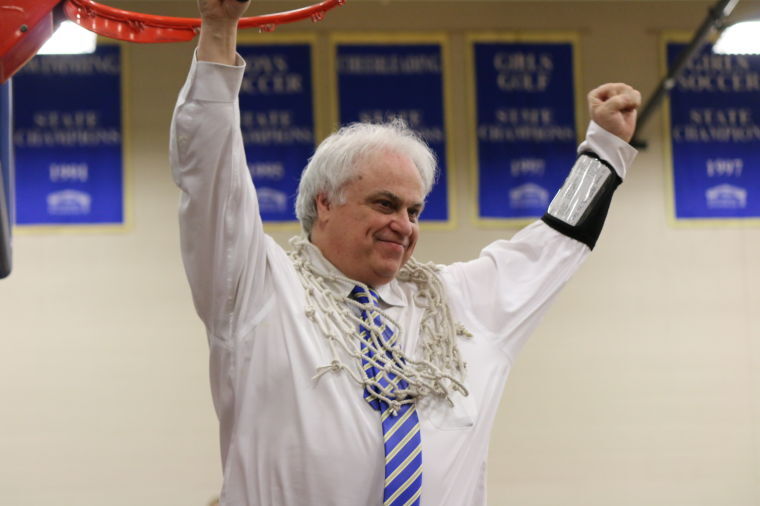 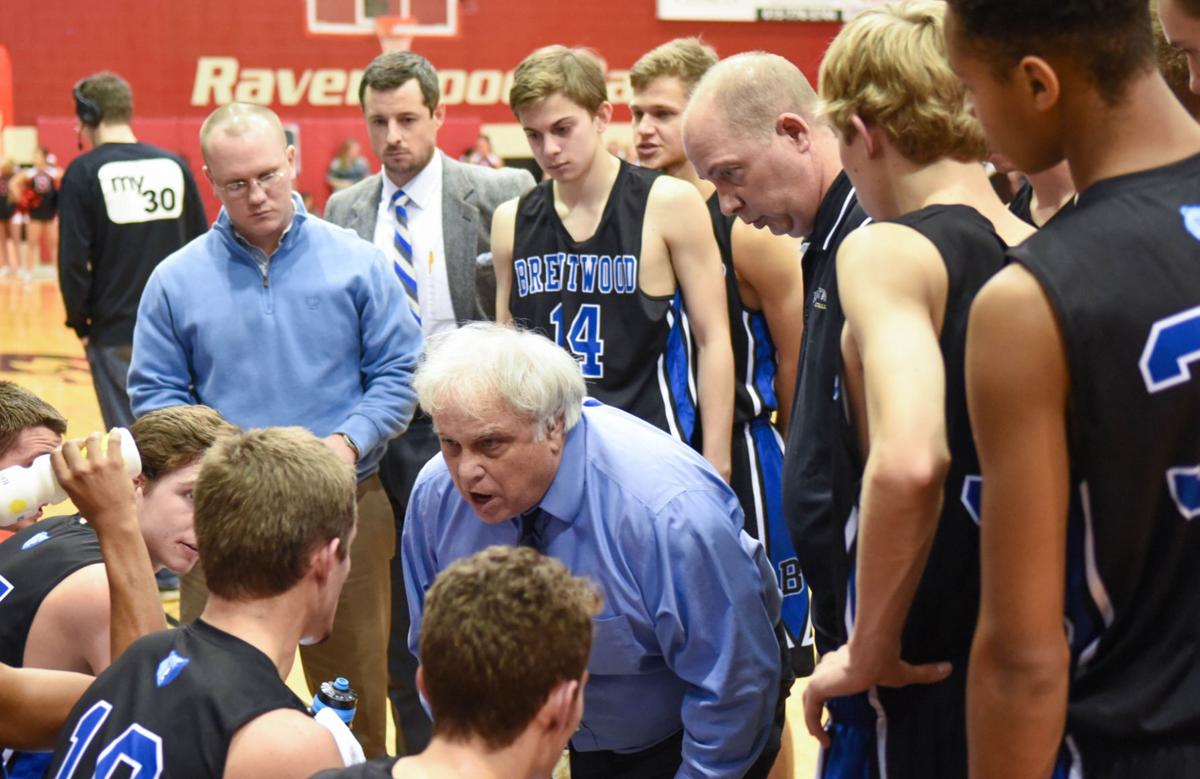 As a coach, Dennis King was known as a fierce competitor and master motivator. 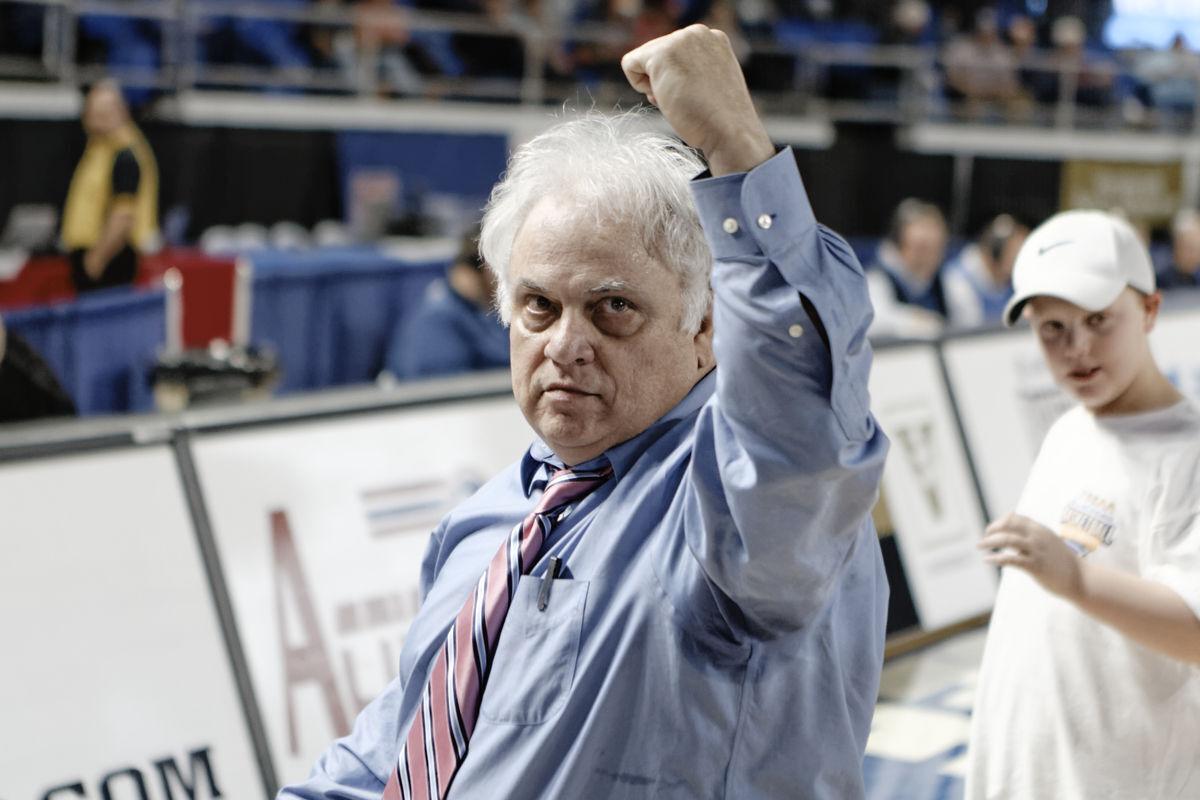 Dennis King walks off the court for the last time with Brentwood in March of 2015 after leading the Bruins to the championship game, a 65-62 loss to Hamilton.

As a coach, Dennis King was known as a fierce competitor and master motivator.

Dennis King walks off the court for the last time with Brentwood in March of 2015 after leading the Bruins to the championship game, a 65-62 loss to Hamilton.

Just over five years ago Dennis King walked off the basketball court for the last time as a head coach. He had just led Brentwood High’s boys to the school’s first championship game and third straight Class AAA state tournament.

After 32 years of teaching, 28 years of coaching and nearly 600 wins at Brentwood, King stepped down. The veteran coach said much of his success began with the school’s leadership.

“Brentwood is a special place,” King said. “I think the first principal there, James Parker, he laid the foundation for the excellence in that school. I’ve never seen a more tireless worker, and he still has yet to miss a football game. … That kind of commitment has carried right on through, and you see the same thing year after year.

“If you sense that someone like that has your back, you understand and appreciate it and it just fuels you to try to do even better.”

King, 69, lives in Pittsburgh and has embraced retirement since leaving the bench. He took some time to take part in the latest Williamson County sports Q&A.

Herald:  What’s the average day in the life of a retired Coach King like?

King:  “I’m just enjoying everything about it. I mean, of course that first year, I missed siting on the bench and having that rush, but this just gives me time to pursue a lot of creative things, see more of my family and travel. I’m just a successful retiree.

“Well, this might be the most boring Q&A for you yet. My routine is to get up kind of late, find some place to eat, put in some time reading and I will work out. I have places where I work out, you know, being a former boxer, I still hit the heavy bag, but then I come home and just work on some projects.

Herald:  You’ve written a couple more books — “The Art of Basketball War” and “The Daily B’almanac” — tell me a little bit about those?

King: “‘The Art of Basketball War’ is just a thin little volume. I mean, I think it is mainly designed for coaches, but it just has little things I’ve accumulated over the years. The other one, ‘The Daily B’almanac,’ it starts on Oct. 15 and goes through April — the six months of basketball — and it’s a daily thought.

Herald:  I was just talking with one of your former players and assistants, Aaron Howard, the new Page boys basketball coach. He and the rest of our area coaches are facing some tough challenges. Do you have any advice for coaches such as Howard stepping into new roles in these tough times?

King:  “I have been thinking what would I have been doing just to even maintain connection with players? I always had like a newsletter I would send out every Monday or the kids would have to come into my classroom to pick it up. Really, when you’re away from them, and you can’t have your normal open gyms, it’s just really tough.

“When I really think about it, unless it was urgent to me, I don’t think I have anything really insightful. I know these kids have been sent home workouts and ball-handling they can do, and I know they have been putting up some shots somewhere. I think when I was a kid, you would have had to arrest me to keep me away. You have to be creative.”

Herald:  How have you stayed away from coaching?

King:  “I got old. And you know, you just get weened from it. I have a lot of coaching friends and we still get together and we go see maybe six or seven games throughout the year, but you just gradually lose that yearning to be competitive.”

Herald:  When you think back on how it’s been five years since you guided Brentwood into that first state championship game, what comes to mind?

King:  “That’s really hard to believe that it’s been five years. That whole generation of kids that gave me that gift of being on that state championship court, you know, it just makes you think and puts life in perspective.

“I follow all those guys still. I tell you something else about old coaches, we start making lists. Oh, man, Coach (John) Boucher and I have reminisced and made a ton of lists, like the all-time starting five at Brentwood. We had about 25 honorable mentions on that one, but it’s just fun to look back.”

Herald:  When you were hired at Brentwood, the school was just a couple years old. What were some of those early years like coming in and starting a program?

King:  “That was special. We were actually AA for the first years. We won seven games that first year, then 16, then 20, and then we moved up to AAA.

“That rivalry with Franklin was bigger than anything. I know it kind of shifted over to Ravenwood now, but you know Brentwood essentially broke away from Franklin. Well, I walked into that school and Scott Corley, who is the AD at Belmont now, he was a sophomore and, man, was he great shooter, and that was before the 3-point line. I had a gem to build around. That really helped us launch into it.”

Herald:  What does Brentwood mean to you, Coach?

King:  “It was my whole identity for 32 years. There’s four years I didn’t coach there, but I mean, I like to think my kids had the greatest wonderland to play in that school. Every morning or say a Saturday or Sunday night, they could roam. It was a fairyland for them.

“Some of the greatest memories with them are there. You know, they are spaced four years apart, so when my oldest was a senior, the next one was a ninth grader and so on. For 12 years, I had my kids come into my room and get money from me every day. It was just wonderful to have that life and have it with my kids.”

Herald:  You were able to witness so many of the changes over the past few decades in Williamson County with new schools popping up, the constant growth here and more. It was kind of just Brentwood and Franklin early on, but what was it like to see the changes and developments coming over the years?

King:  “It was exciting, really. I mean, every time there was a new school, it was like we got another team in the league and we’re going to beat your brains in for two to three years before they get better. It decreased travel time to play as well, and the community and interest just grew.

“I was just thinking about the other day, how, early on, we had the Brentwood Journal and then the emergence of you and the Home Pages. We were all just so lucky to have such active coverage and local support. It was an amazing evolution to witness and look back on the video clips and all the support.”

Herald:  Maurice Patton called you the “master motivator” in his story about your retirement. How were you always able to get the best out of your kids on the court and in the classroom?

King:  “It’s kind of hard to assess what it is or even acknowledge it, but, here, I’m reading this book right now — one Coach (Greg) Shirley suggested actually — and it’s about a high school coach in Wisconsin and how he started a program and, like other coaches, how he finds success.

“I think of Coach (Ron) Crawford there at Brentwood and how he issued a PSA to his kids during this tough time. Why do you find success, you talk to the kids like that and everything just comes from that honest passion to whatever you’re doing and that honest passion just transfers to whoever you’re leading.

“I mean, there’s lots of tricks and gimmicks and things that people try to use, but the kids just have to see that you’re willing to jump into the deep end for them and they will play hard for you.”

Read about former Franklin High School soccer standout Peyton DePriest and how she is preparing for her senior season at MTSU in last week's Q&A.