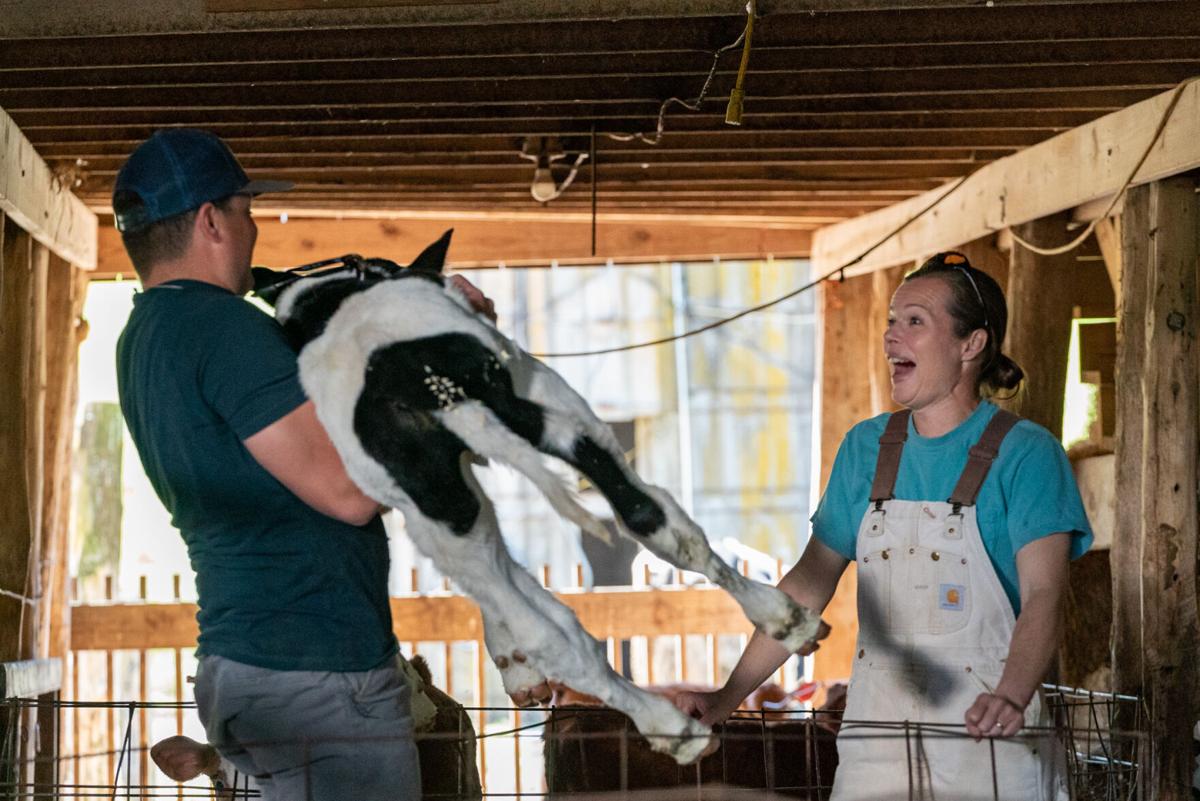 Nat Geo Wild will premiere "The Hatcher Family Dairy," an eight-episode docuseries about the local College Grove farm, on Saturday. 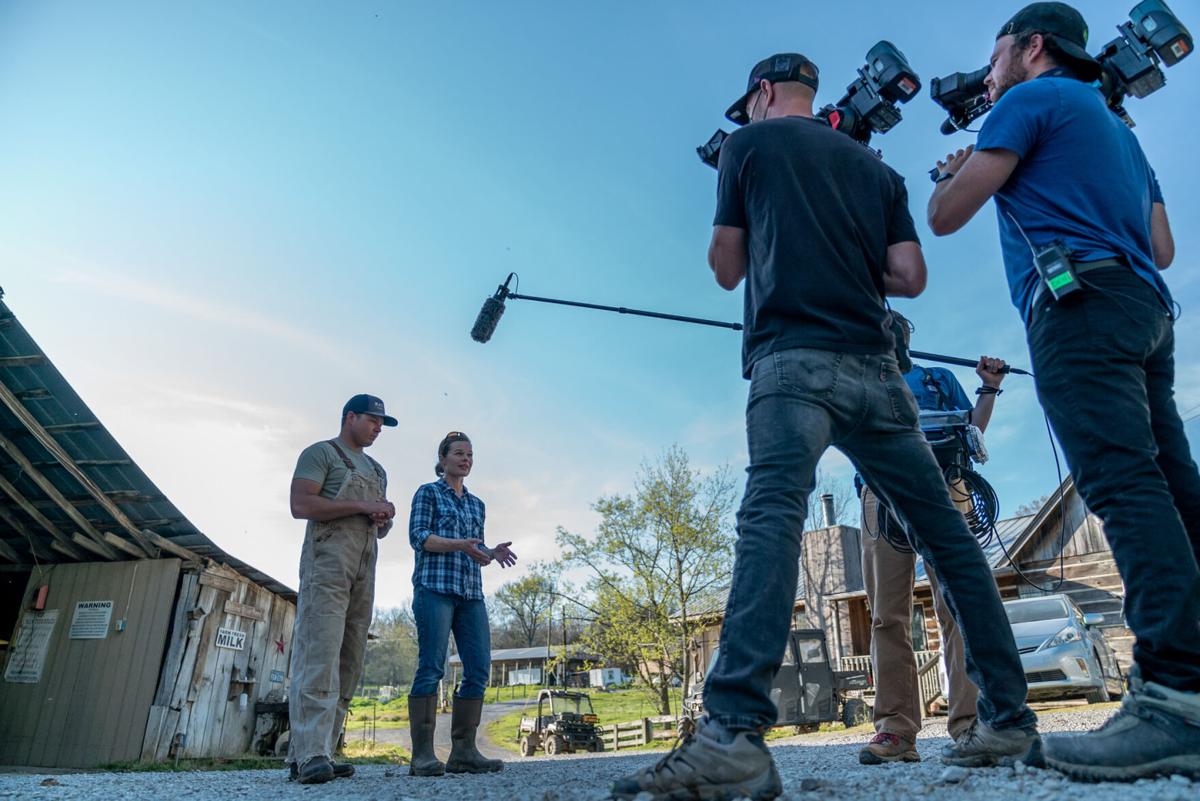 Nat Geo Wild will premiere "The Hatcher Family Dairy," an eight-episode docuseries about the local College Grove farm, on Saturday. Pictured are Charles Hatcher, left, and Dr. Jennifer Hatcher with a film crew. 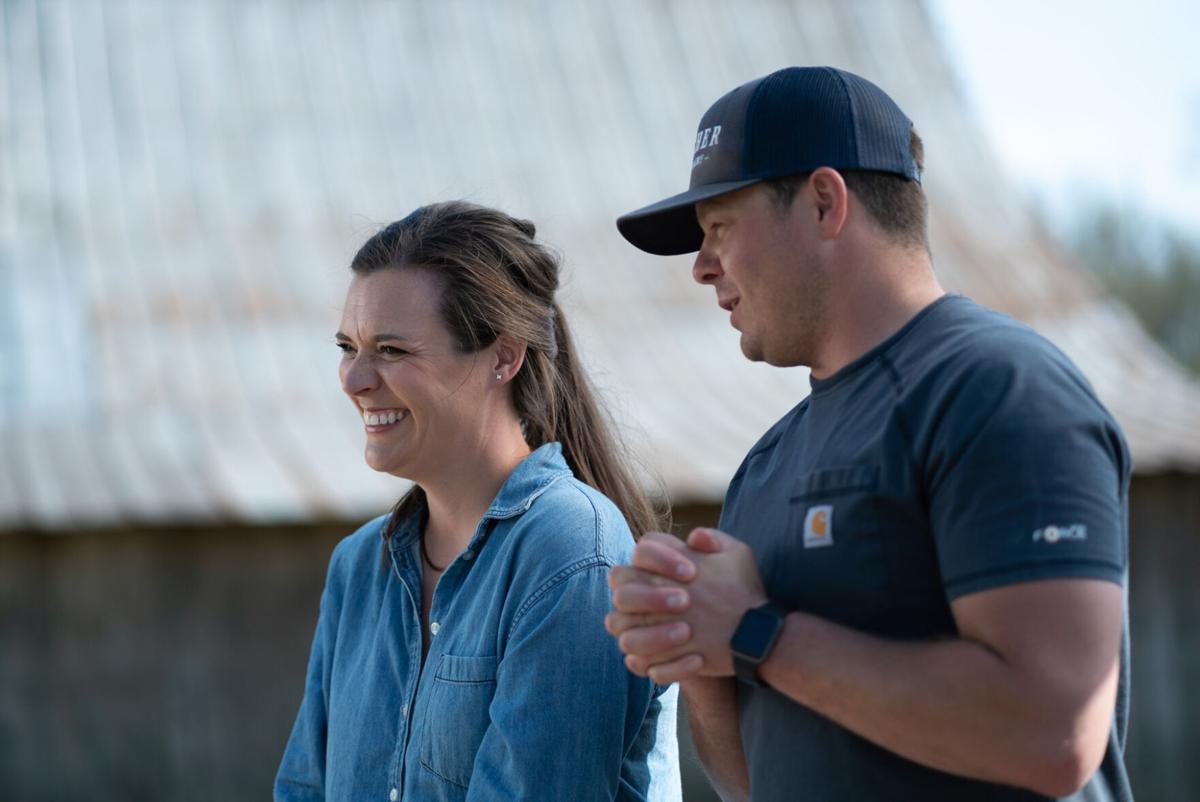 Nat Geo Wild will premiere "The Hatcher Family Dairy," an eight-episode docuseries about the local College Grove farm, on Saturday.

Nat Geo Wild will premiere "The Hatcher Family Dairy," an eight-episode docuseries about the local College Grove farm, on Saturday. Pictured are Charles Hatcher, left, and Dr. Jennifer Hatcher with a film crew.

Products from a College Grove dairy farm will soon be found not only in the dining rooms of local families, but in the living rooms of people throughout the country as National Geographic Wild premieres a docuseries featuring Hatcher Family Dairy on Saturday.

The series, called “The Hatcher Family Dairy,” will include eight episodes about one of Middle Tennessee’s favorite family farms.

While Williamson County has its roots in agriculture — signified by a quadrant of the official county seal and highlighted by the county fair every year — tourists and new residents may not realize it, as farmland is not as common a sight as it once was. However, Hatcher Family Dairy has stuck around since 1831 and is now being run by the fifth and sixth generations of Hatcher farmers.

Charles Hatcher and his wife, Mary Morgan Gentry, agreed it’s important to keep it in the family and stay local.

“We’re a unique business in that we’re not looking to just grow and grow and grow,” Gentry said. “It’s very important for us to always have a family member involved in every aspect of our business and to take care of our customers who have been with us and supported us through the years.”

However, that certainly doesn’t mean the farm hasn’t grown.

In 2007, the family was faced with the decision to sell the business or start bottling its own milk. It chose the latter, starting by selling its products at the Franklin Farmers Market and at the farm’s dairy store.

Today, Hatcher Family Dairy is still a staple at the farmers market and can also be found at over 80 stores, including at Publix and Whole Foods Market locally, Brentwood Market, Puckett’s Grocery & Restaurant, Frothy Monkey and more.

In addition to the farm — which has over 150 cows — creamery, bottling plant and farm store, Hatcher Family Dairy also has a family veterinary practice headed by Dr. Jennifer Hatcher and a sister farm, Battle Mountain Farm, which doubles as an event venue.

Charles Hatcher runs the day-to-day operations on the farm. He said the opportunity with National Geographic happened organically — one of the company’s staff members knew his father, Charlie Hatcher, who used to run the farm’s veterinary practice before Gov. Bill Lee appointed him as commissioner for the Tennessee Department of Agriculture, and thought the farm would make a great documentary subject.

The family’s goal with the series is not necessarily exposure for the business, but rather to bring awareness to the agriculture industry and encourage other current and potential farmers and large animal veterinarians, two dwindling professions.

“There’s not many young people involved in the farming world anymore, so anytime I can portray that message: ‘Hey, the next generation can do this, and it just takes hard work and dedication,’” Charles Hatcher said, adding that first-generation farmers can be successful too.

Education is also a big part of the family’s goal. They hope to encourage people to support local farmers.

“I don’t think people know how involved they are in the agriculture industry,” said Gentry, who heads the farm’s retail operations. “If you eat food, you’re supporting a farmer.”

During the COVID-19 pandemic, she noticed a wave of people wanting to support local producers. This meant some customer-facing farms experienced a boost in sales, while others, which perhaps supplied then-closed restaurants, began to struggle. She said Hatcher was able to partner with other farms during the pandemic to create a temporary drive-thru market to sell their products.

“It would almost bring me to tears because people don’t realize that, even with just buying one gallon of milk, they’re supporting these six generations and helping [the business] continue,” she said.

At the end of the day, the family hopes the series impacts its viewers and is grateful for the opportunity to share its message with the world.

As for the future, Hatcher and Gentry said they are hoping for a second season, but we’ll just have to wait and see.