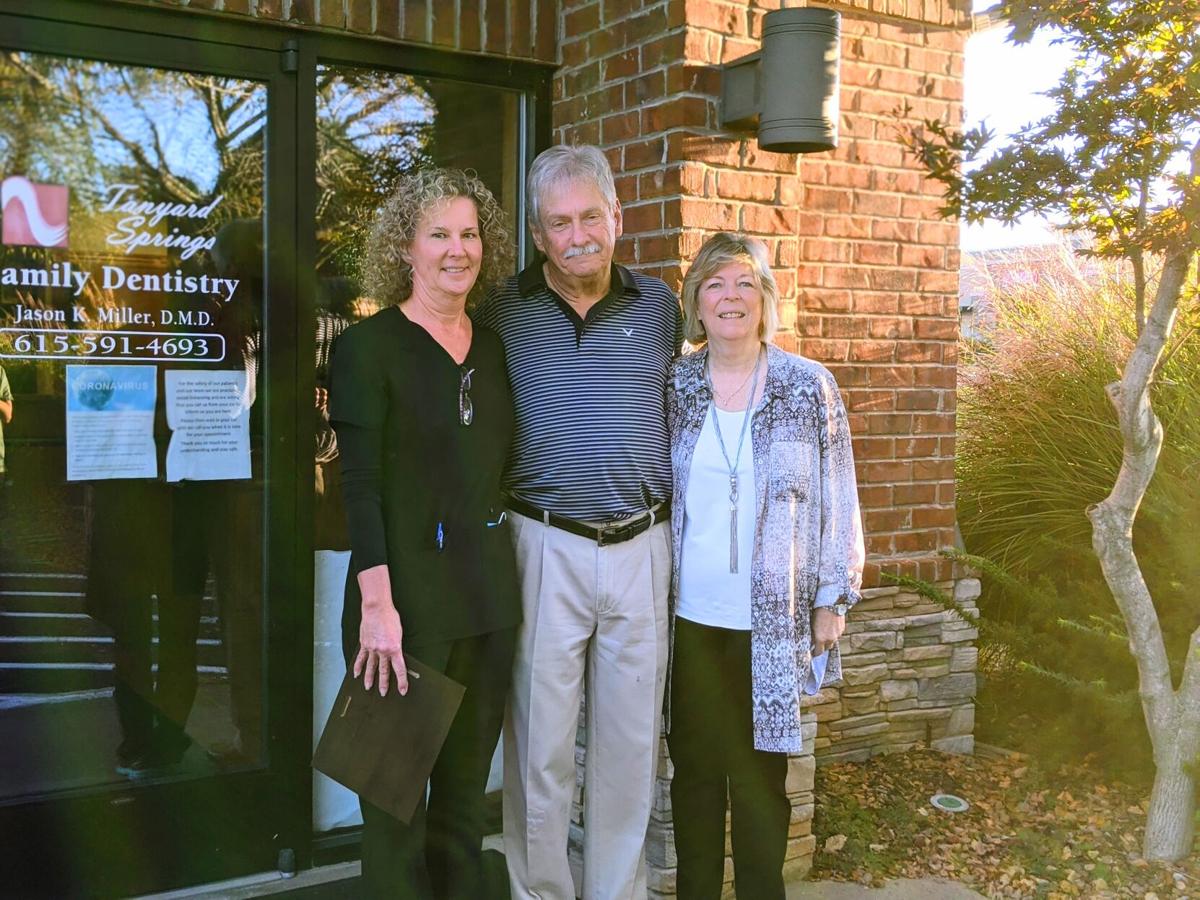 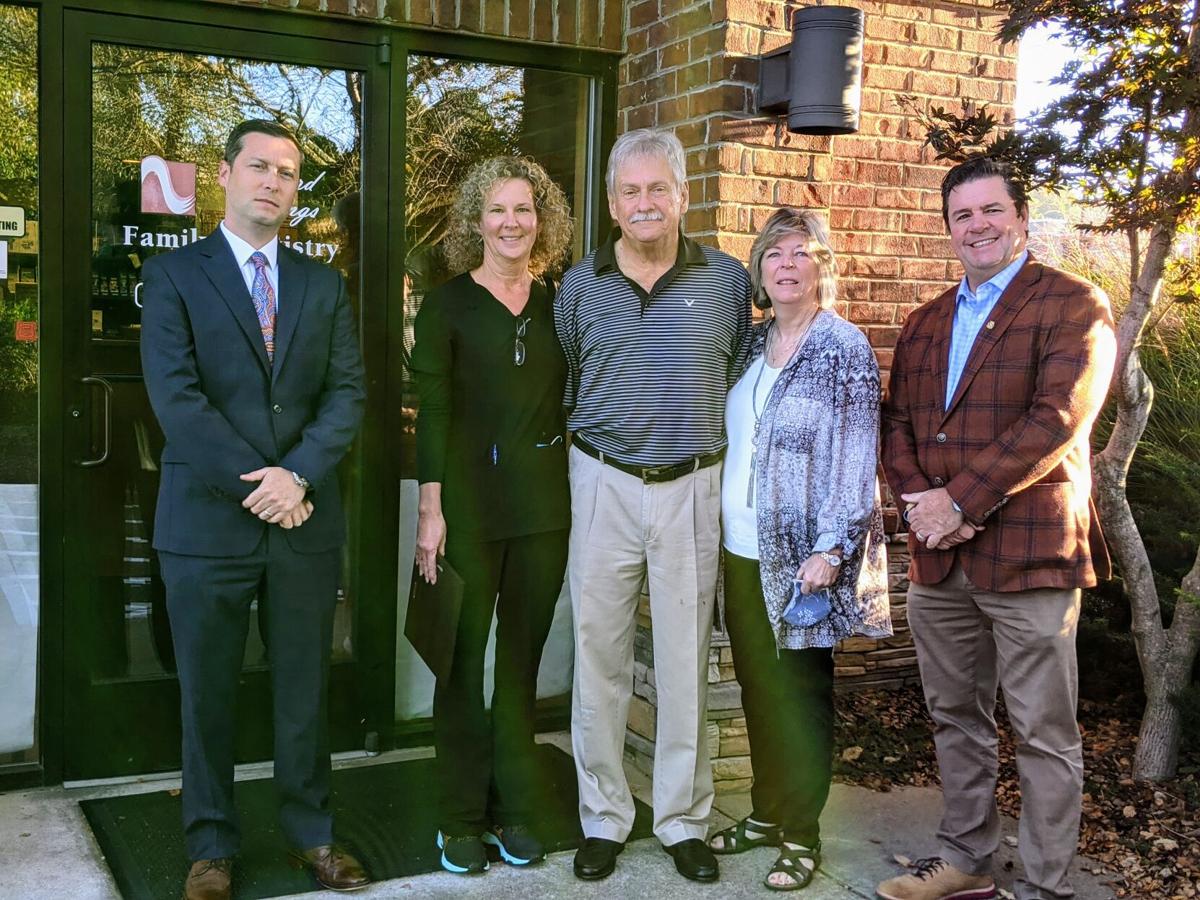 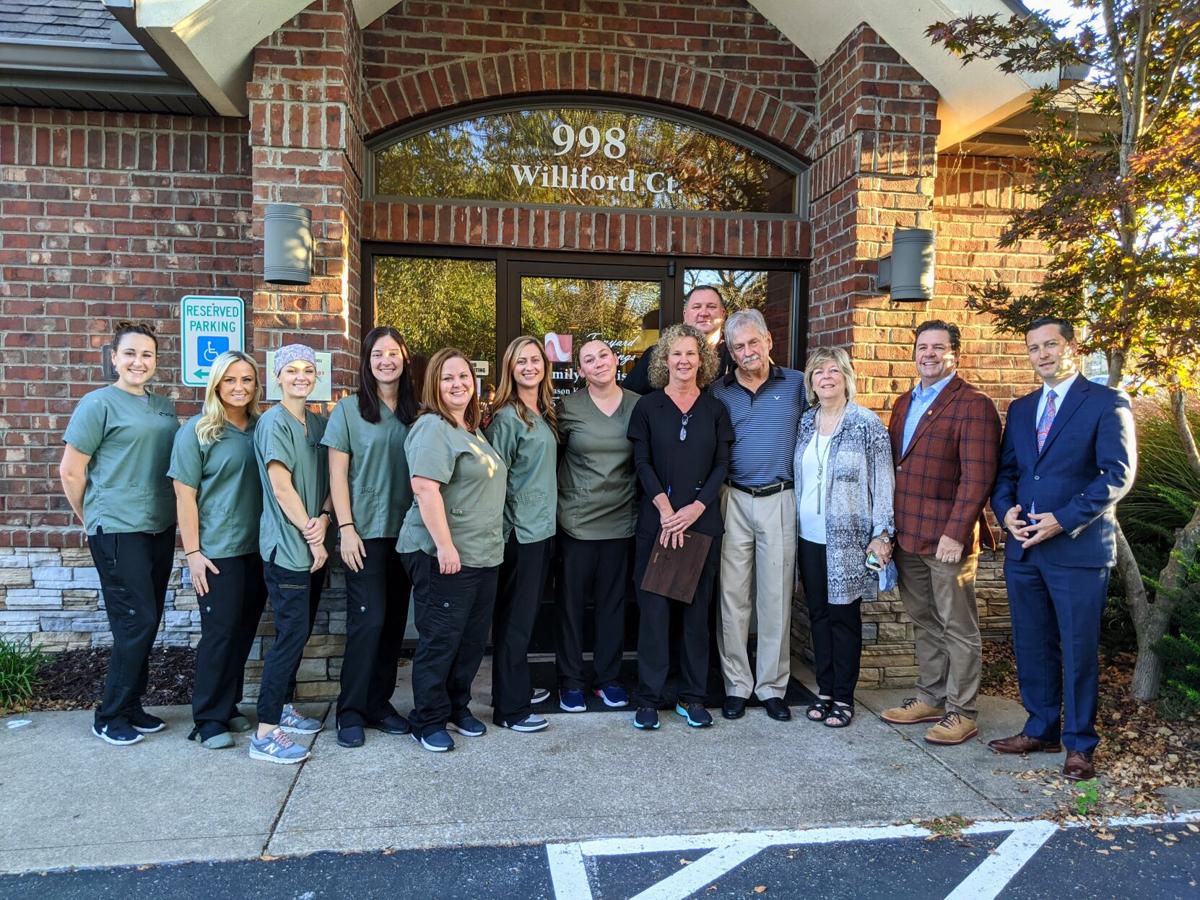 Dental appointments tend to be pretty routine. Patients know just what to expect, and it typically doesn’t include life-or-death matters. But earlier this year, Tom Williams walked into Tanyard Springs Family Dentistry for a normal procedure and walked out with information that would save his life, all thanks to a good nurse.

The Williamson Herald, USI Insurance Services and Grange Insurance presented a Community Hero Award to Michelle O’Dell, a registered nurse who works at the dentistry in Spring Hill, on Thursday for her keen eye and life-saving action in an unusual situation.

“I don’t know what type of words could make someone appreciate truly what you did,” said Blake Lambert, vice president at USI. “We just greatly appreciate your service.”

The Community Hero Award is presented to persons in the community who go above and beyond, showcasing exceptional work in their day-to-day jobs.

“We want to recognize people like (O’Dell) that may not get recognition that people see on TV, but as a community newspaper, that’s what we like to do. We like telling stories that may not get told,” said Derby Jones, publisher of the Herald.

Back in mid-June, Williams went in for a dental procedure. The dentist was going to put Williams under general anesthesia while he worked, so O'Dell stood by to monitor Williams’ heart rate and ensure everything went smoothly.

Just before the anesthesia was administered, O’Dell noticed an inverted T-wave on the heart monitor, and beyond that, she knew that the patterns on the screen didn’t match the patient she knew.

“I’ve seen him so many times, and first of all, I knew the inverted T-wave, but it wasn’t Tom. His heart rate was different,” she said, adding that she asked Williams if he had experienced any chest pain recently.

Williams answered no, but the inverted T-wave suggested a cardiac event, such as a heart attack. O’Dell said on the small monitor she was unable to read the size of the wave, which could tell her how recently the event happened. Williams said the procedure was put on hold, and O’Dell told him to see a doctor.

O’Dell has worked in an emergency room, which she said gave her the experience to be able to recognize such an abnormality on the heart monitor. Without that experience, she’s not completely sure it wouldn’t have slipped past her.

It took a couple weeks for Williams to get in to see his cardiologist — he didn’t know how urgent he should’ve been — but after the doctor’s assessment, Williams underwent quadruple bypass surgery just a few days later.

“The left descending artery — the slang term for it is the ‘widow-maker’ — was 100% blocked,” Williams said. “My other … main arteries were 90% and 80% blocked. So, I was walking around just pretty close to probably being gone.”

Looking back, he said he probably should’ve gone straight from the dentist to the emergency room.

“You can have a heart attack and not even know it, but I didn’t have the grabbing chest pains, rolling around on the ground, that sort of thing,” he said. “If you’ve had an inverted T-wave that indicates you’ve had … a heart attack, you need to go (to the emergency room) right then and there.”

Three months later, Williams is up and at it again. Just last month, he played his first round of golf since his surgery with a chest scar to remind him of the nurse who saved his life.

Of course, O’Dell said she was just in the right place at the right time. Williams was sure glad to have had a bad tooth that day.

“She’s the key to this story. She found it. You might not have been talking to me,” Williams said. “She is a (Community) Hero, make no mistake about it.”

To learn more about the Community Hero Award and how to nominate your own heroes, visit williamsonherald.com/site/usi_community_award.html.