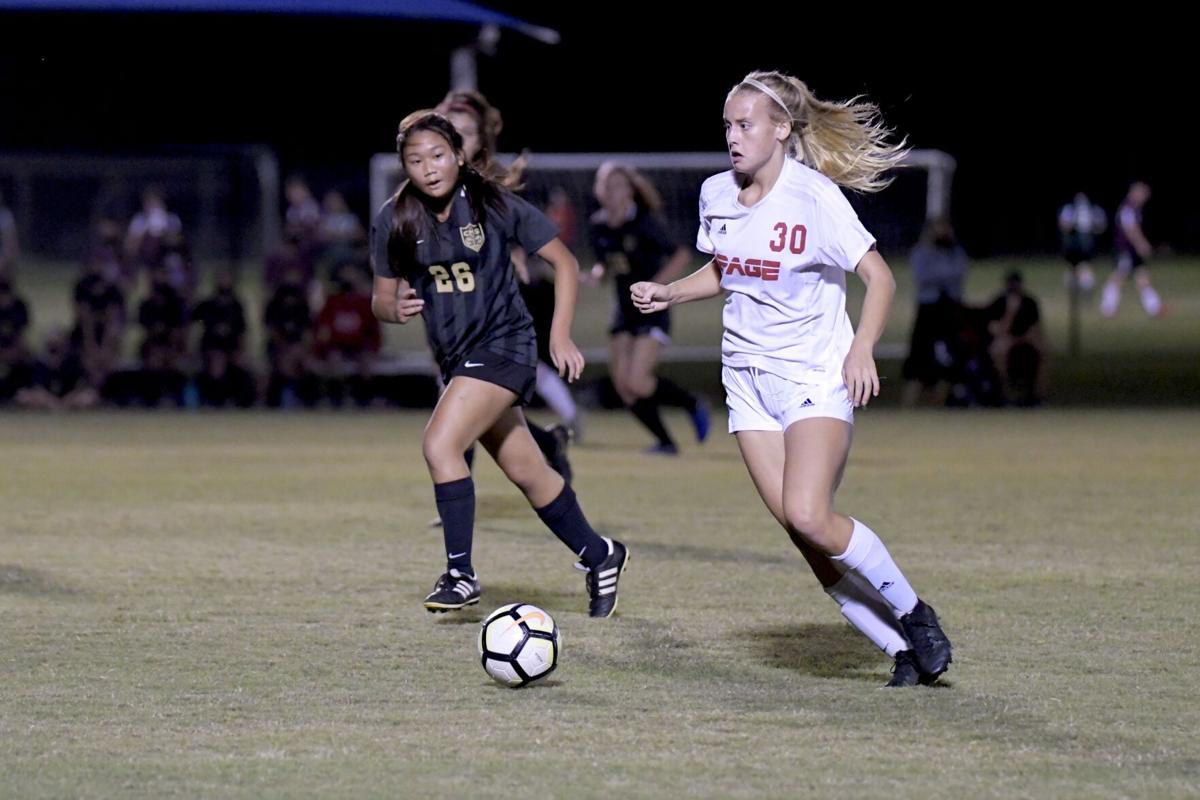 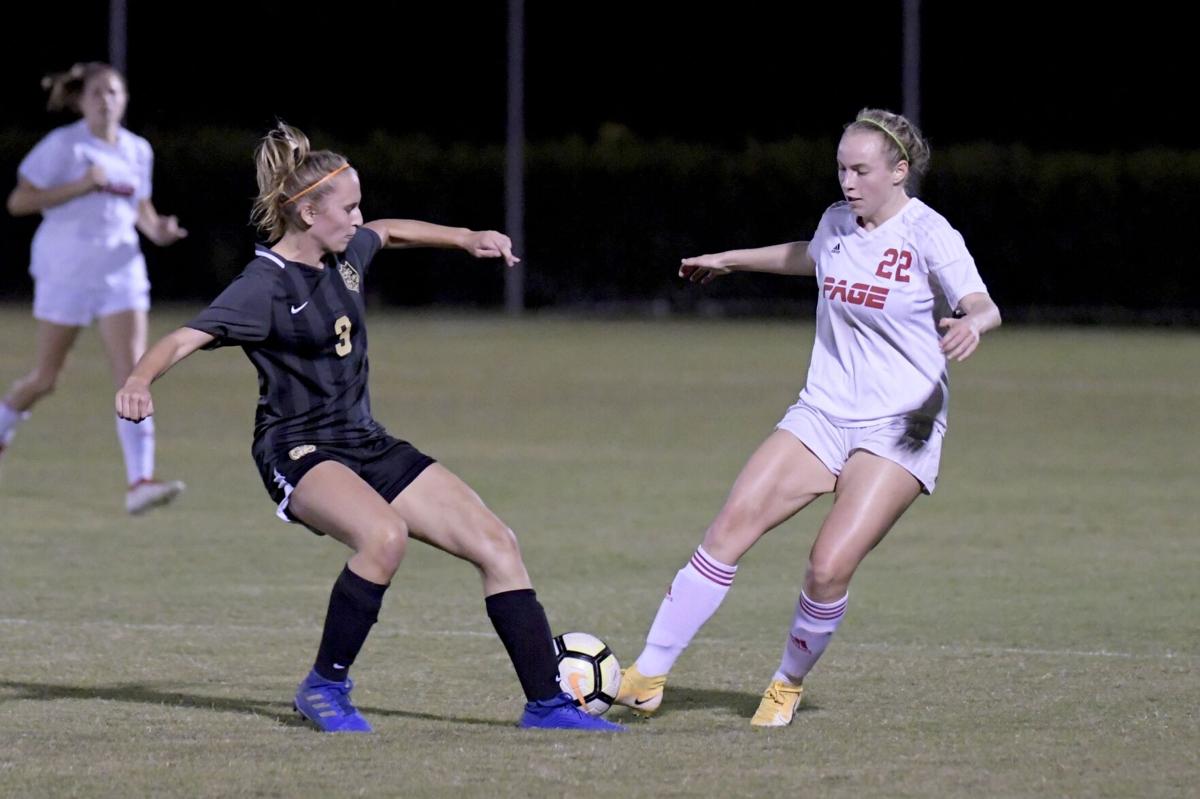 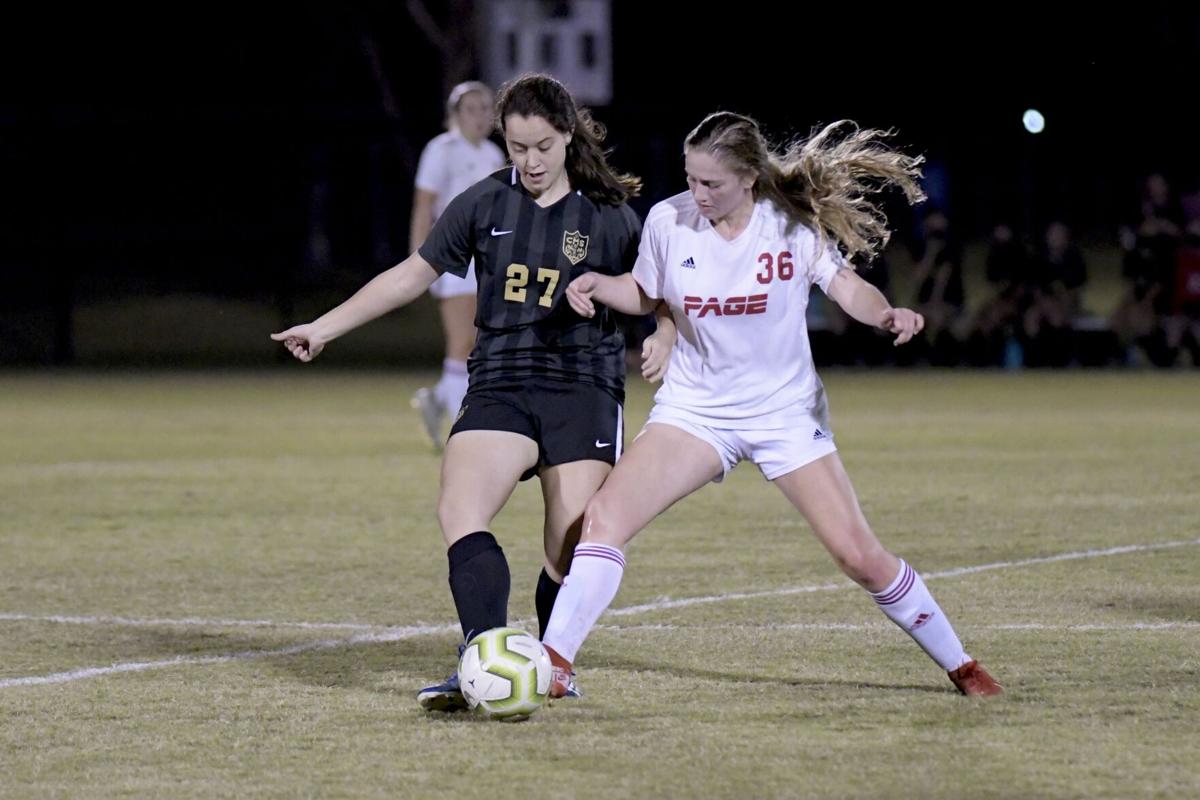 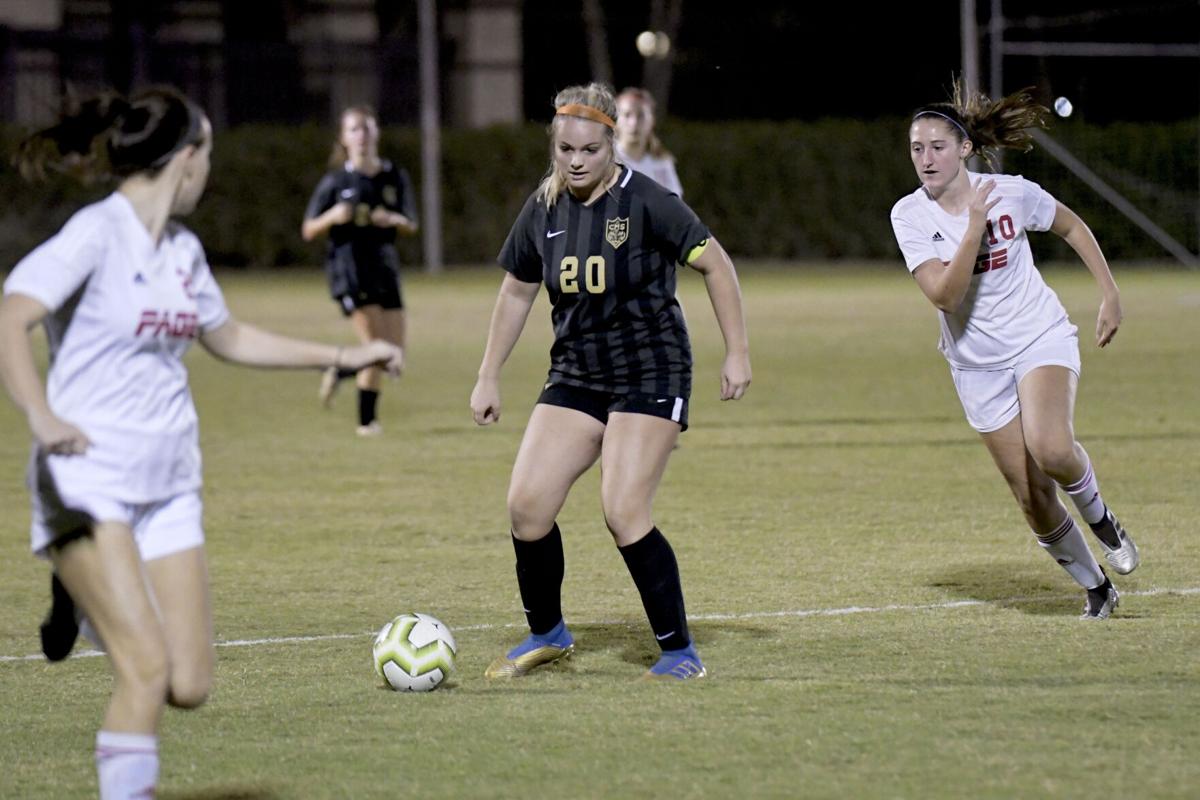 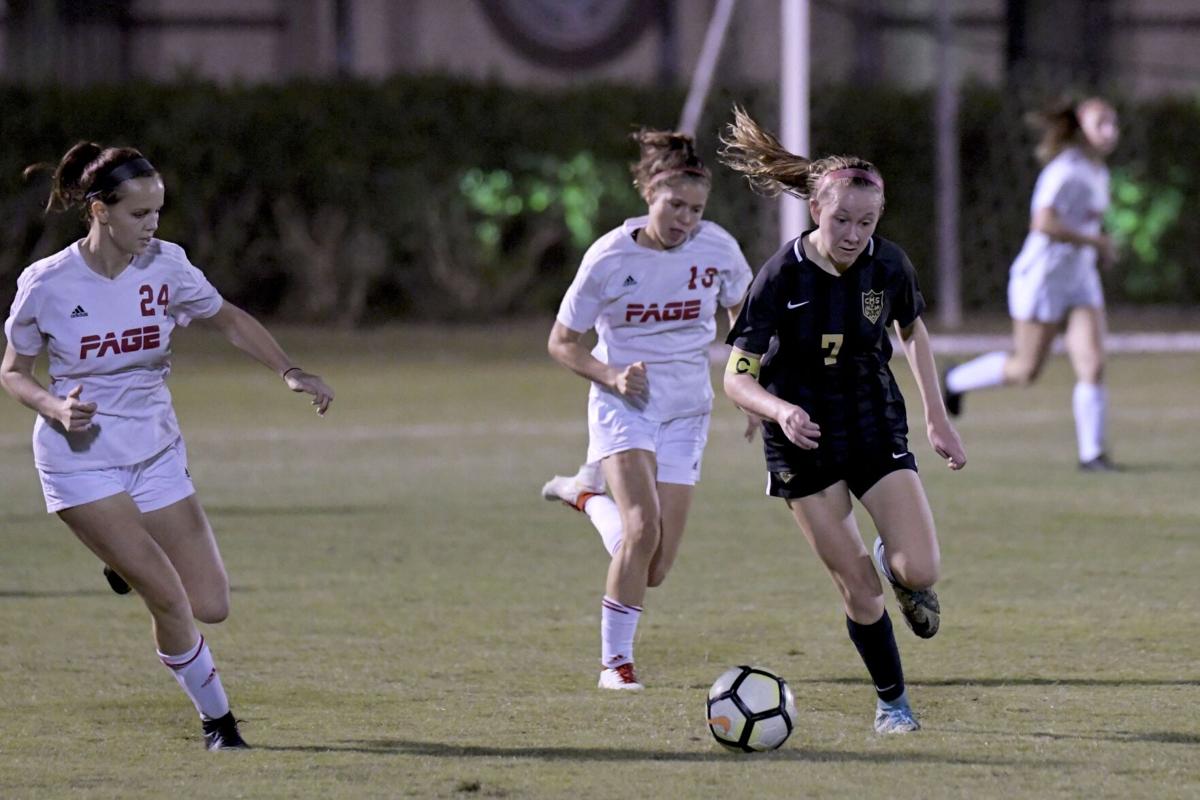 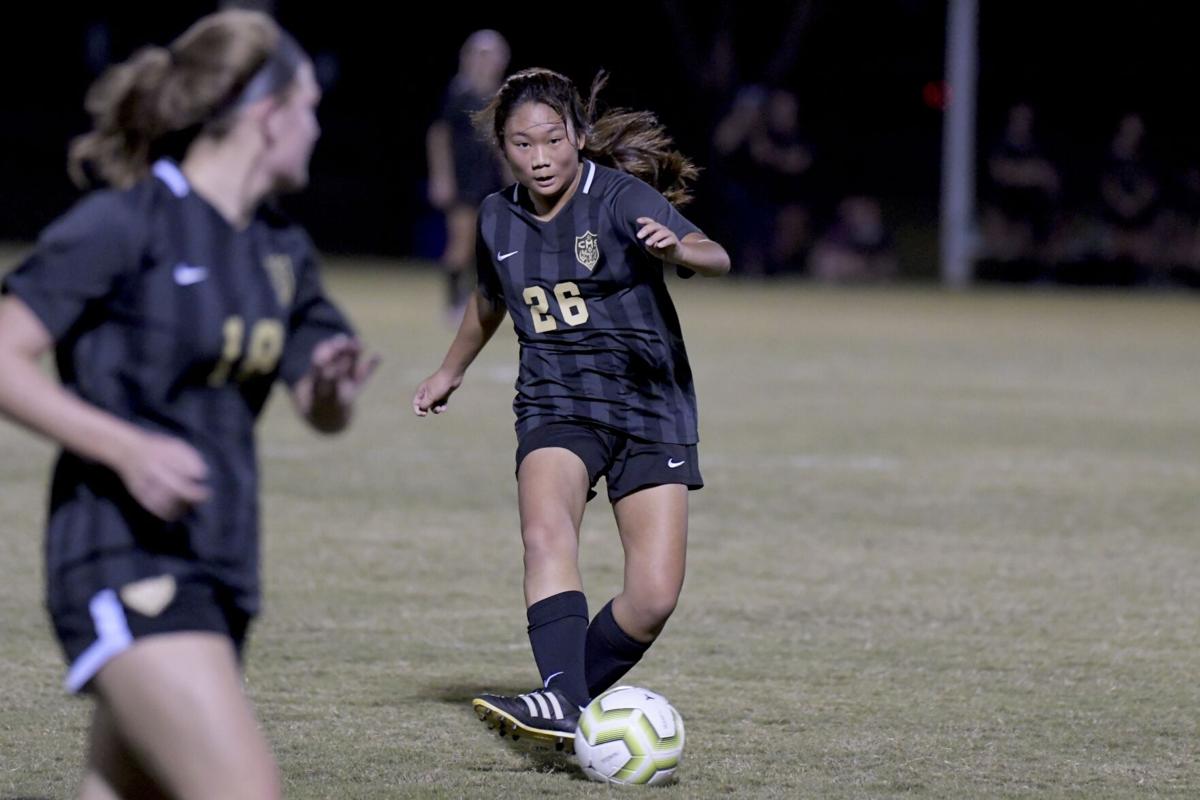 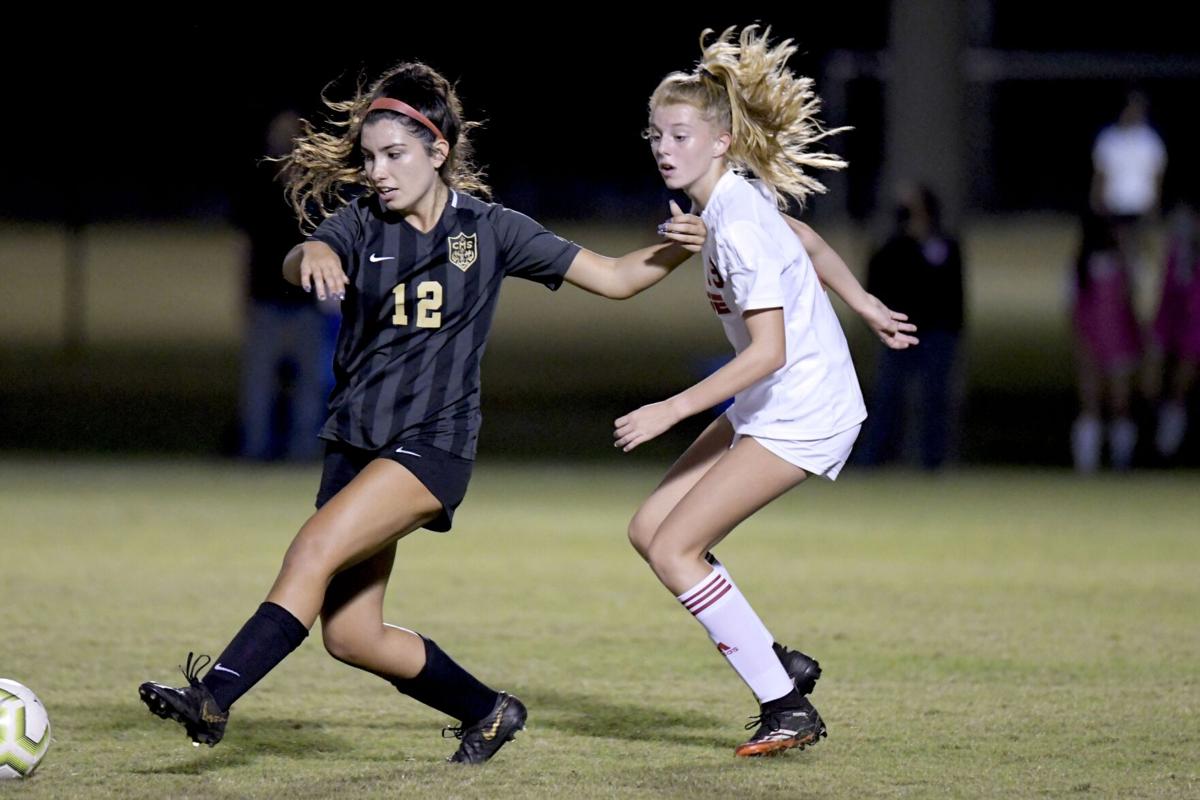 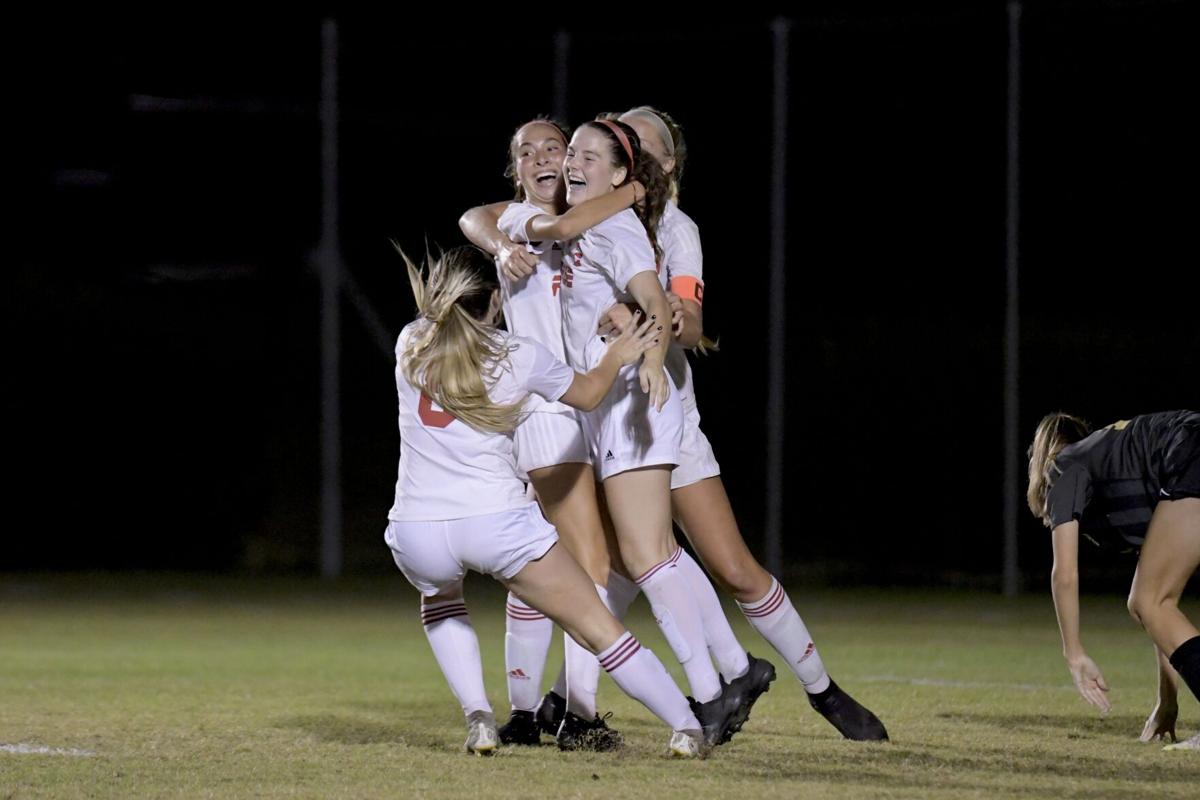 A host of Page Patriots celebrate the Riley Collins (2) goal that put Page on top in the second half. 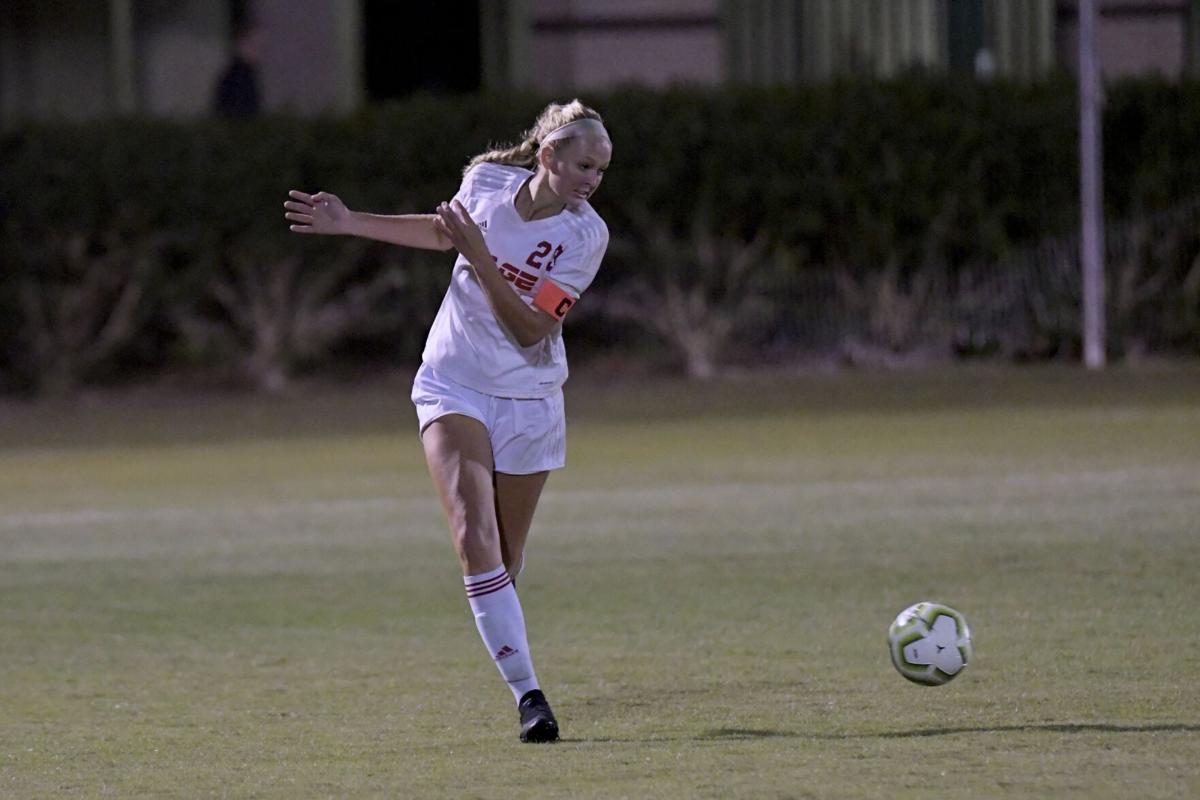 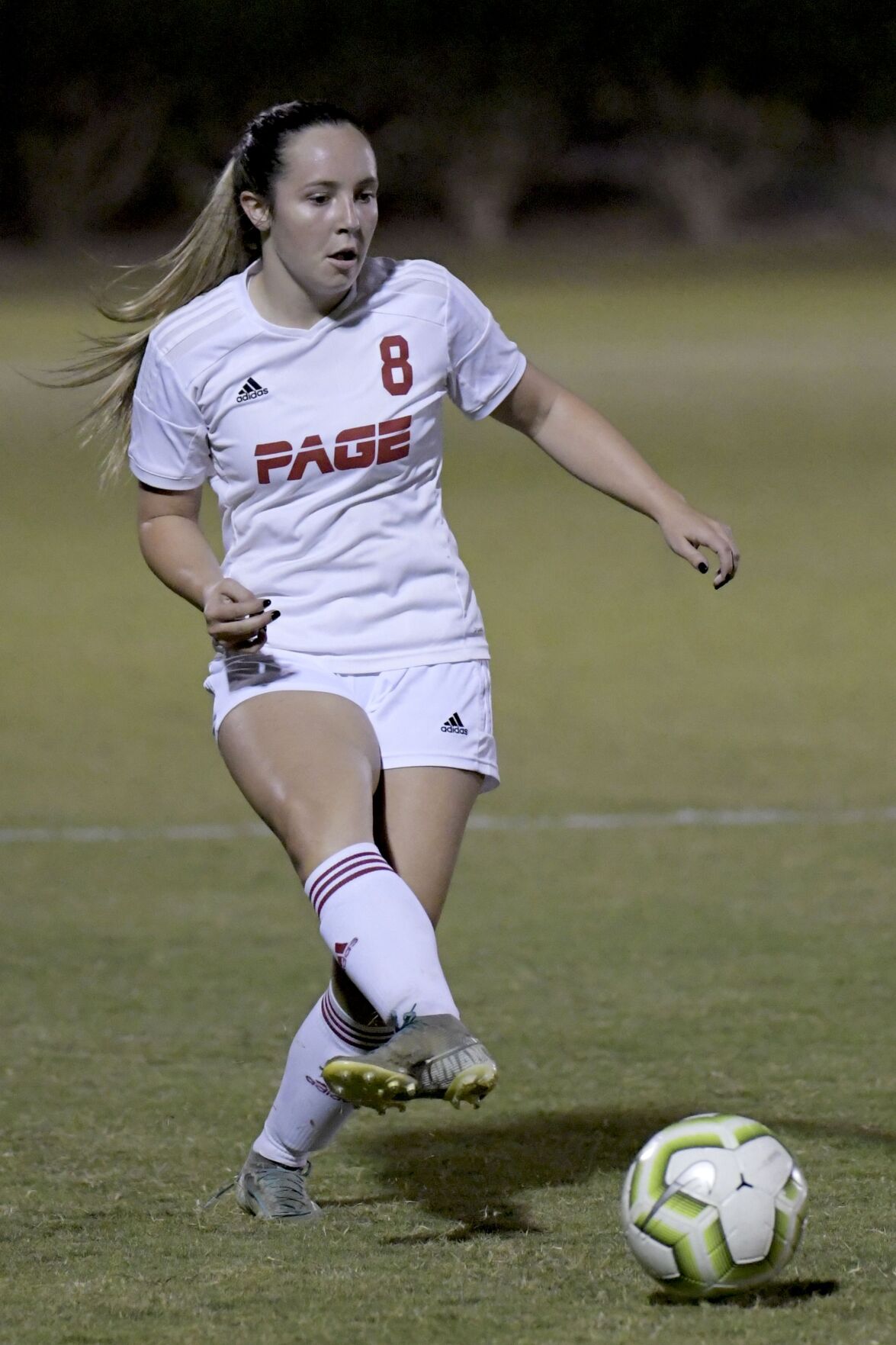 A host of Page Patriots celebrate the Riley Collins (2) goal that put Page on top in the second half.

Page brushed aside a runner-up district finish to Central Magnet by defeating the Tigers 1-0 in the Region 6-AA title game Thursday night.

“I am really proud of our girls," Lady Patriots head coach Nathaniel Clapp said. "We have the ability to sub in seven girls off the bench to keep us fresh, and that just goes to show how much of a team effort it is to have that amount of participation."

Page’s Riley Collins scored the game-winning goal in the 57th minute on an assist from Morgan Brannan after a midfield turnover by the Lady Tigers.

“Morgan crossed it to me in front, and I was able to tap it in,” Collins said. “We practice that play a lot, and we do a great job of communicating and knowing where each other are in that situation. Morgan did a great job of crossing it to me, but not so far that (Central keeper Avery Pogue) could get to it.”

The difference maker for the third matchup between the district foes, according to Central Magnet head coach Ray Bennett, was the Lady Patriots’ ability to win 50-50 balls.

“The clear difference for our district championship (in their 1-0 victory over Page) was winning the 50-50 balls," he said. "Whoever controls those wins these games. Page won a lot tonight and kept pressure on our defense the whole night."

Page pressured Lady Tiger goalkeeper Avery Pogue into making game-saving stops. The senior keeper held her own for the first half and gave her teammates late chances, holding Page to just the lone goal.

“(Pogue) did a great job of keeping us in this game,” Bennett said. “It was unfortunate that they got one goal past us as there was not much our keeper could do on that play.”

The Lady Patriots defense held up long enough down the stretch to hold Central at distance.

“We simplified our game,” Collins said of second-half adjustments. “We took fewer touches, made smarter passes and communicated better. We are getting better at all of that, and we need to if we want to advance.”

Central Magnet will travel to Region 5-2A champion White House-Heritage Saturday evening for its sectional game, while Page will host runner-up Hume-Fogg.