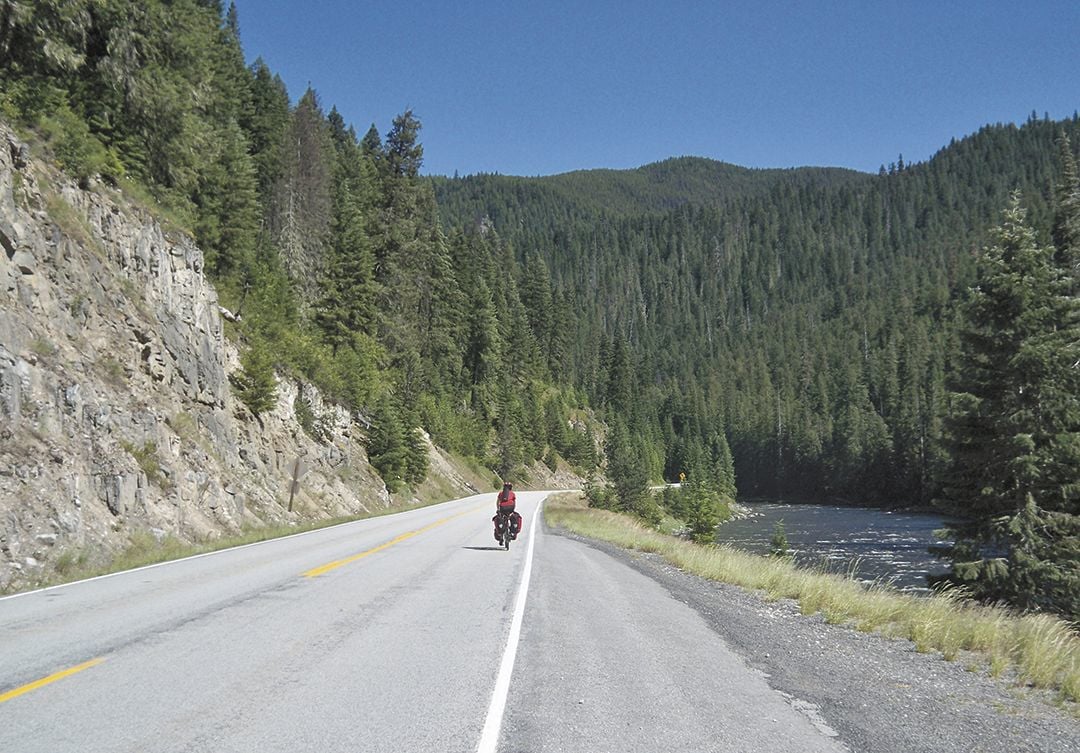 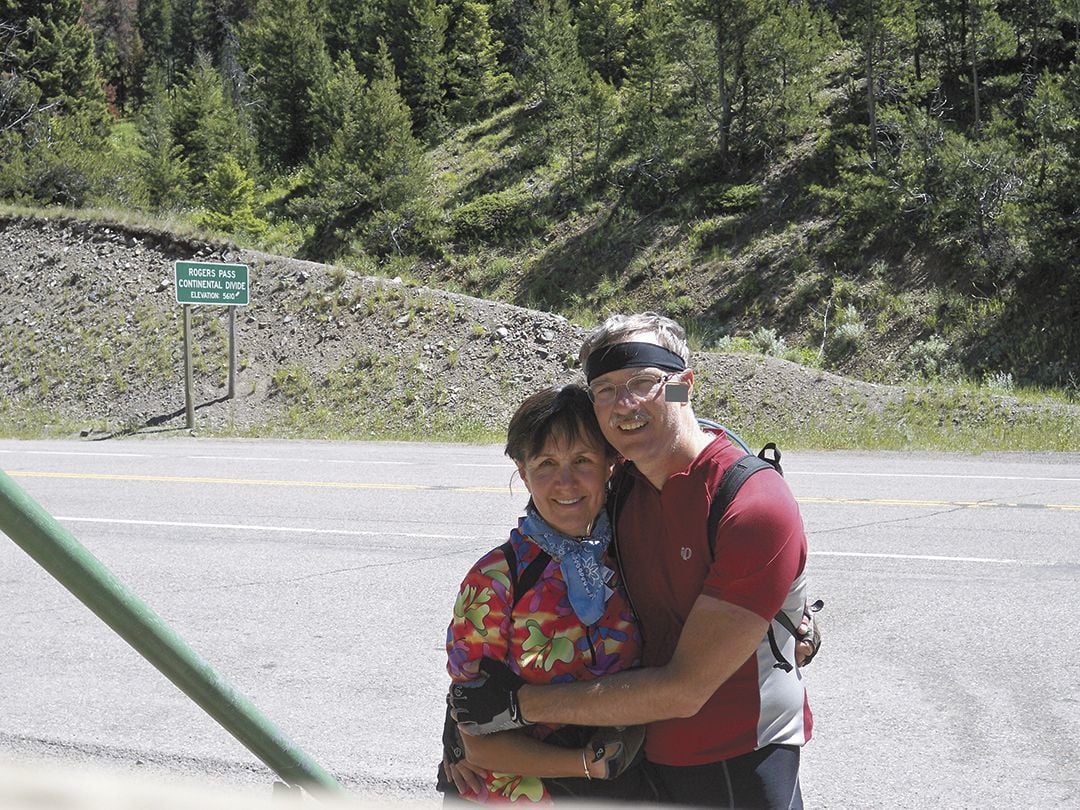 Tim and Deb Bishop make a brief stop at the Continental Divide (elevation 5,610 feet) on Highway 200 at Rogers Pass in Montana. 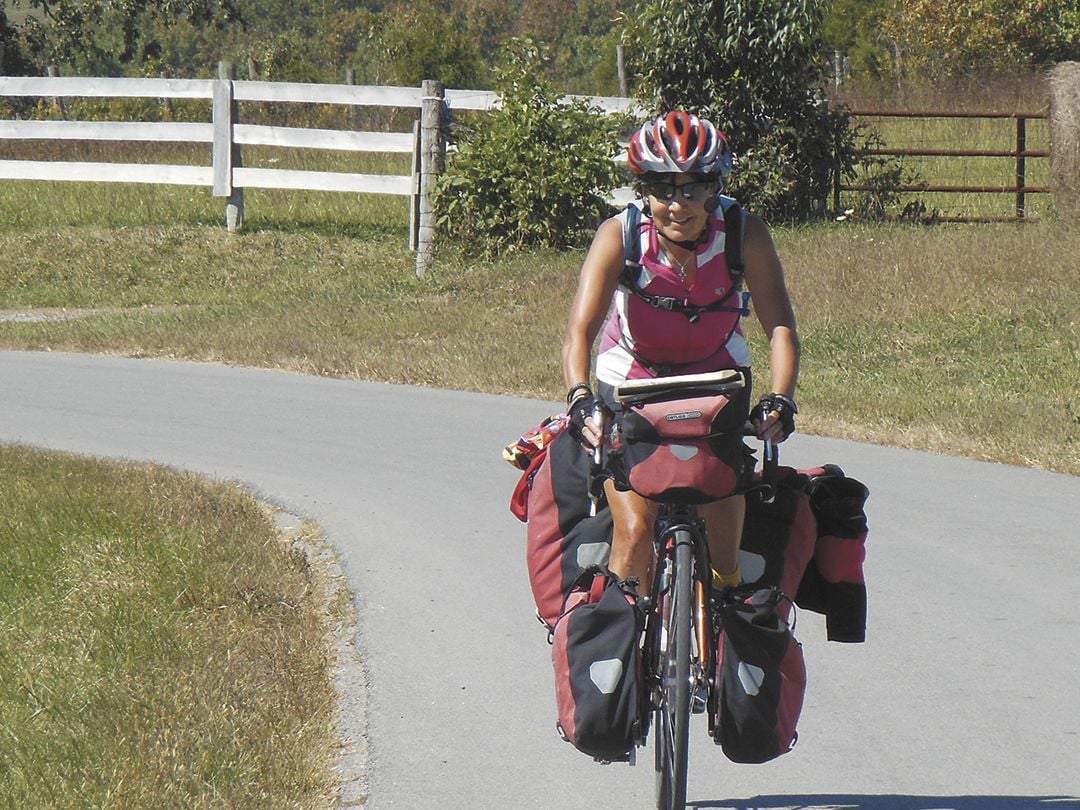 Deb Bishop on her loaded-down bicycle 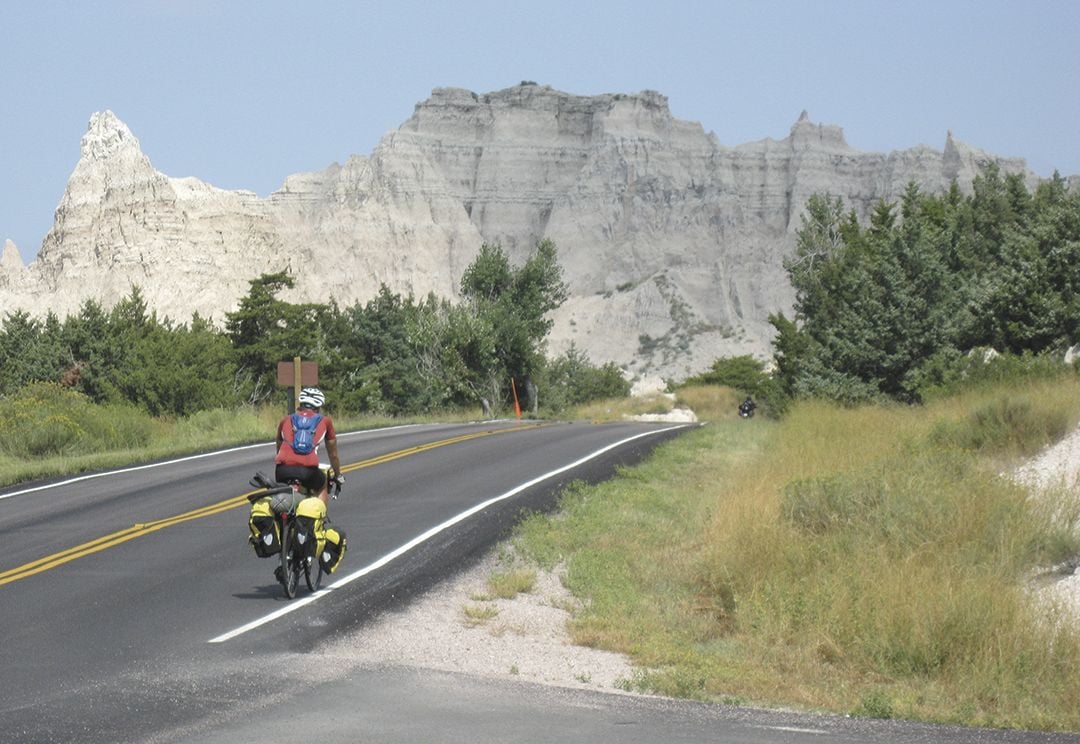 Tim Bishop cycling in the Badlands of South Dakota 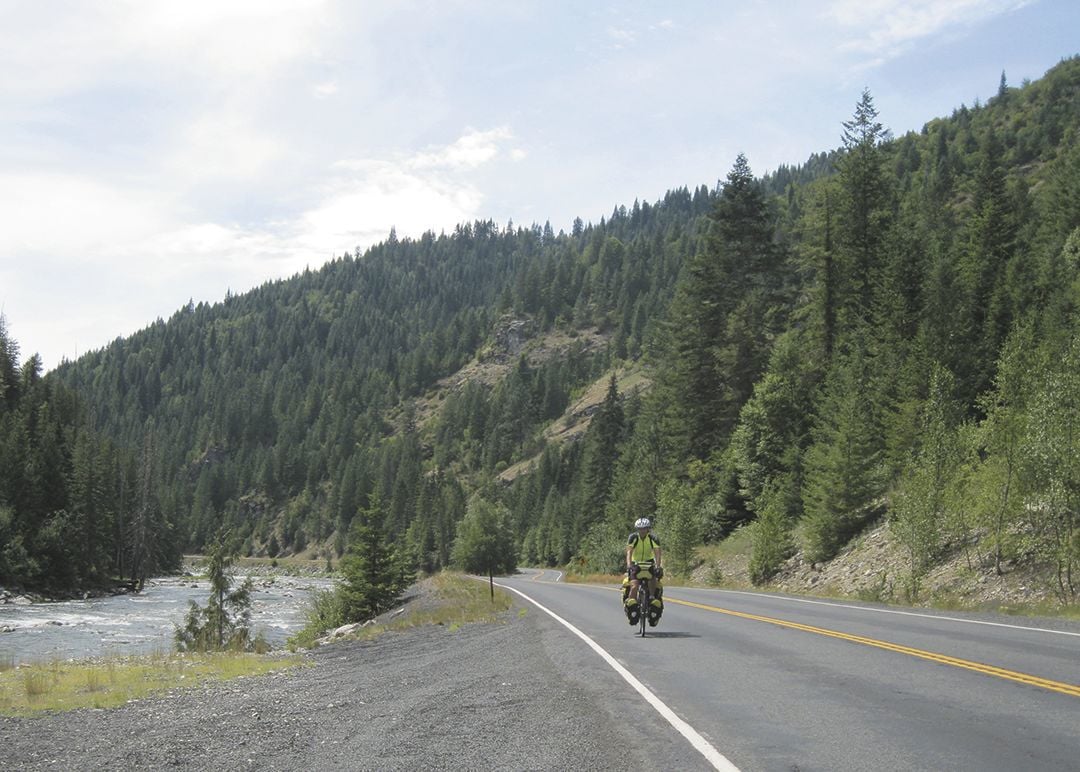 A beautiful ride along a Western river

Tim and Deb Bishop make a brief stop at the Continental Divide (elevation 5,610 feet) on Highway 200 at Rogers Pass in Montana.

Deb Bishop on her loaded-down bicycle

Tim Bishop cycling in the Badlands of South Dakota

A beautiful ride along a Western river

So far, Tim and Debbie Bishop’s life journey has not been ordinary. In an effort to encourage and inspire others of all ages to step out of the box, the couple co-wrote two easy-to-read books.

The first, “Two Are Better,” is the story of the Bishops’ coast-to-coast honeymoon bicycle trip in 2010 and begs the question, “Is it time for a fresh start in real life?” The second, “Wheels of Wisdom: Life Lessons for the Restless Spirit,” is an inspirational read for personal introspection filled with insights from years of life lessons realized on the seat of a bicycle.

Until 2010, both Tim and Debbie Bishop were happy in their own separate lives; Tim had a leadership role in a large company based in Maine and Debbie was a Massachusetts teacher. Tim was comfortable in his daily routines and Debbie was an adventurer. But both admit they were lonely and craved that special companion with whom they could walk through life.

Tim and Debbie met in 2003 on the internet. They were 45 years old. The Bishops learned their likes, dislikes and devotion to faith by phone and email — months before they met face-to-face. Once each was confident the other was normal, they met in Keene, N.H., for their first bike ride and then a casual dinner.

It wasn’t love at first sight; rather it was a deep, comfortable friendship and trust that was developing. Seven years, many bicycle rides and several major life changes later for each, the two friends became a couple. As the sun set on top of Cadillac Mountain in Acadia National Park, Tim “popped the question.” Two months later they were husband and wife and two weeks after that the newlyweds were in Seaside, Ore., embarking on an adventure they both had dreamed about for almost 20 years — a 3,000-mile bike ride across the country.

“Two Are Better” is an honest story about facing fears, building relationships  and starting over.

In a natural follow-up, written after their third cross-country trip, in the book “Wheels of Wisdom: Life Lessons for the Restless Spirit,” the Bishops share lessons they discovered during adventurous tours on their bikes. Throughout the book short biblical verses invoke the spiritual truth and validity that guided the Bishops through personal and interpersonal challenges even before they met.

Both books may be purchased at Amazon, Barnes & Noble and through

www.openroadpress.com, or catch the Bishops’ book signing at McKay Books located at 636 Old Hickory Blvd. in Nashville on Friday, Aug. 17, from noon-4 p.m.