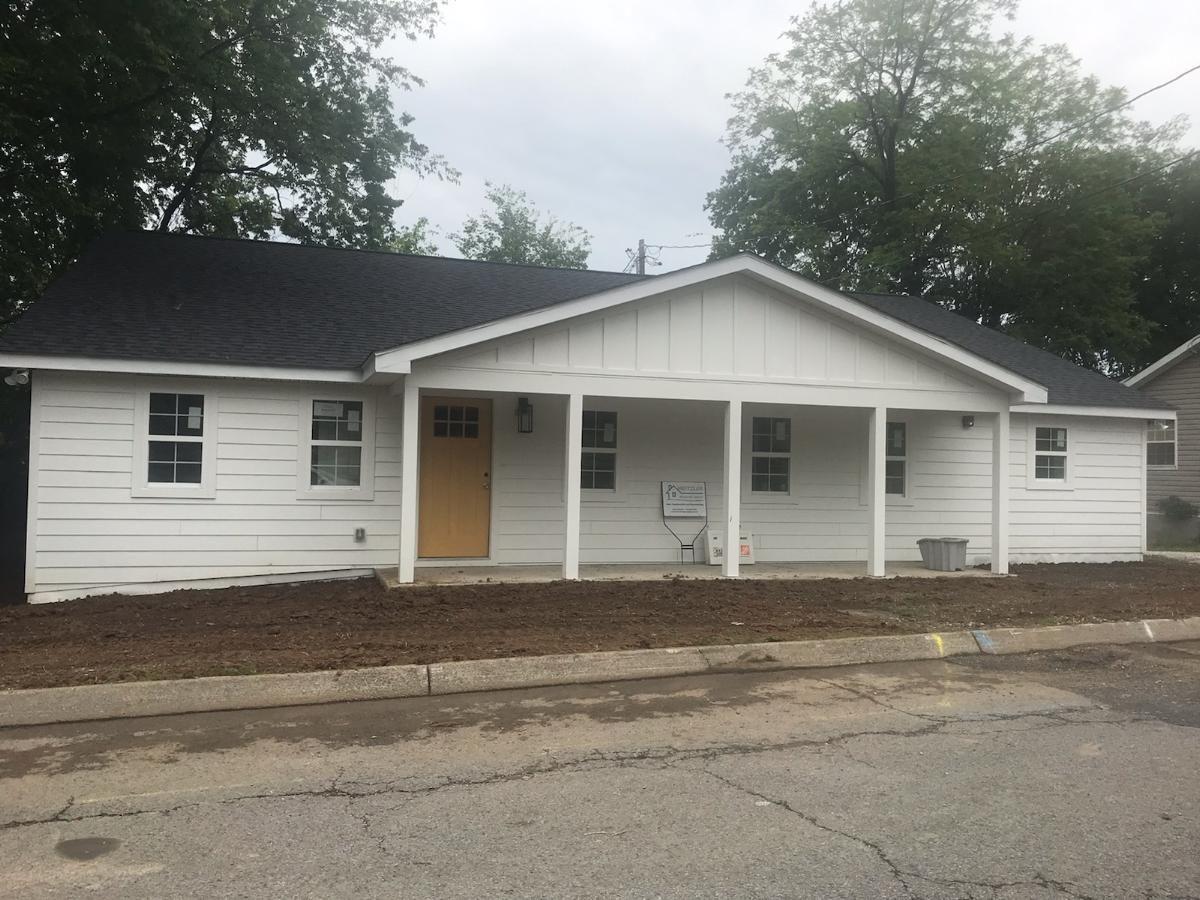 The Oak Cottage for Women, on West Fowlkes Street in Franklin, is the first transitional home in Williamson County for ex-offenders. 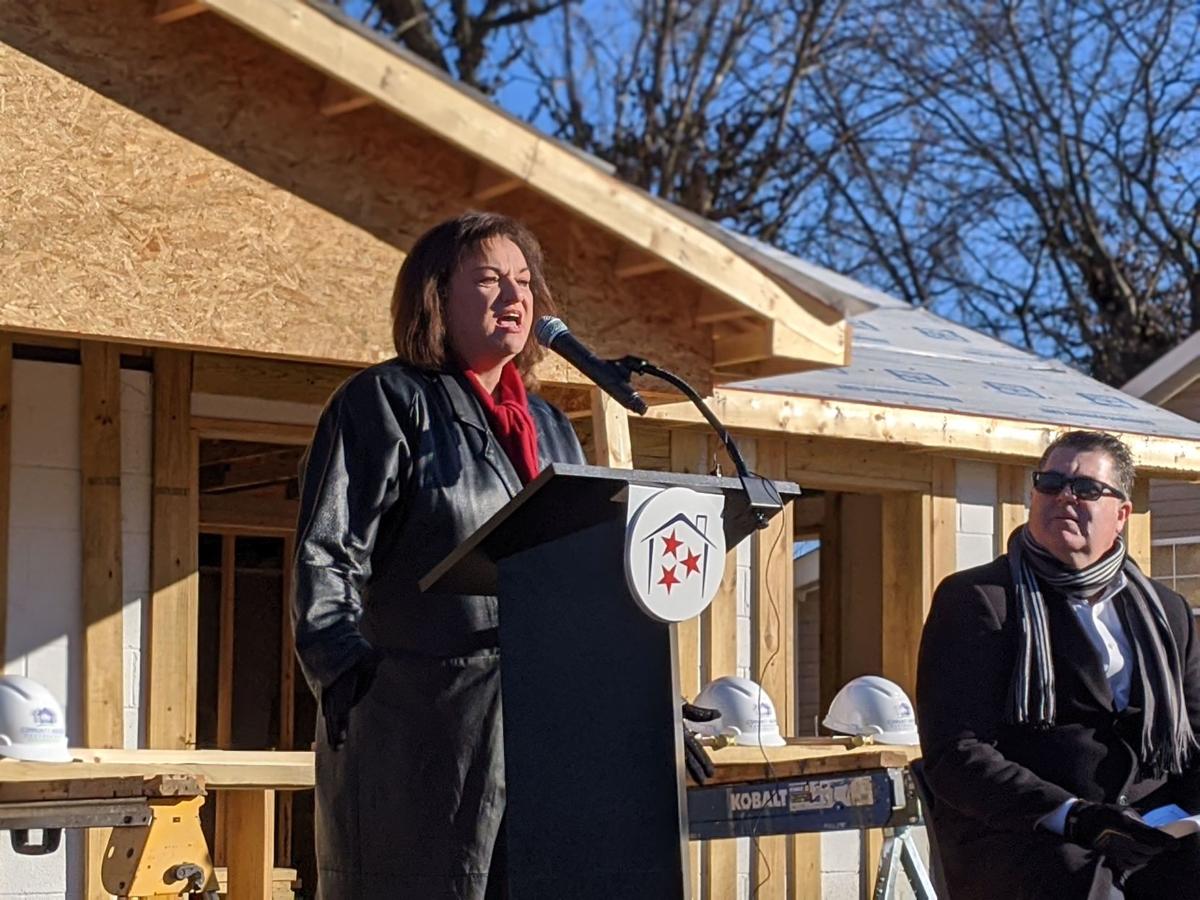 Judy Felts talks about her vision for Oak Cottage at the home’s groundbreaking in December.

The Oak Cottage for Women, on West Fowlkes Street in Franklin, is the first transitional home in Williamson County for ex-offenders.

Judy Felts talks about her vision for Oak Cottage at the home’s groundbreaking in December.

Oak Cottage for Women will be officially opening its doors very soon to begin helping women start their lives anew.

Oak Cottage is Williamson County’s first transitional home for ex-offenders and is nearly four years in the making.

“Oh, I’m just excited,” said Judy Felts, the founder and CEO of Oak Cottage. “Just being able to see the house come together — I’ve been so anxious, I go over to that house about every other day.”

Felts has served at the Tennessee Prison for Women for more than 20 years and continues to conduct Friday night worship services there every week. She said that she’s noticed that many people, after being in prison, have to relearn things they knew before.

“It’s like starting over. I’ve had girls say, ‘I don’t even remember how to cook,’” she said. “The longer they’ve been in prison, the more they’ve forgotten how. They need a lot of direction.”

Felts started brainstorming the idea for Oak Cottage around September of 2016, and last year was a critical one for her.

Just in 2019, Oak Cottage received its nonprofit status, approval from the Tennessee Department of Correction, a house, a $492,200 grant from the Tennessee Housing Development Agency and mass support from the community during its groundbreaking ceremony in December. Felts said she has continued to see that community support over the past five months of preparing the house for operation.

Lydia Miller, a member of the board of directors, agreed.

“I am so thankful for our community housing partnership, for how everybody in the community has embraced this,” Miller said. “I have not heard any negative comments, and so many people — so many citizens in the city of Franklin and businesses — have offered their help.”

Miller said that the organization is being supported in large part by people who have pledged money for five years. She said several friends and volunteers have helped with tasks, such as installing a security system. A business owner closing her clothing store decided to donate her stock so the women have new outfits. Another woman in the community donated enough furniture to fill four apartments — even more than the small house on West Fowlkes Street in Franklin could fit.

“Oh, my gosh, we had to rent another storage building to put all this furniture in,” Felts said. “We got new couches, end tables, lamps, beds, dressers. We’ve just gotten so much stuff from her. What a huge blessing.”

The organization is also partnering with other nonprofits for its programming. Every six months to a year, six women will leave prison and enter Oak Cottage, where they will receive food, shelter and other necessities as they search for a job. Felts said that they also will attend any mandatory meetings, such as alcoholics anonymous or celebration of recovery, and Oak Cottage also will provide evening programs, such as relapse therapy and business and job skills classes. Additionally, Felts said that they will partner with the Refuge Center for Counseling for therapy and Leaving the Cocoon to provide each woman with a mentor.

“Think about girls that come out of (prison) and have nothing. What do they do? That’s terrifying to me,” Felts said. “We’re trying to do everything we can to help them get on their feet, and then, hopefully, they will get a job — that’s our goal. … They will have to pay us a little bit of rent once they get a job, but they’re not going to pay us anything until they have a job.”

With renovations at Oak Cottage close to being finished, Felts is hoping for the final stamp of approval from the corrections department on May 22. Although she has not even opened her doors to the first six women she will care for, Felts is already looking ahead to a second house.

“A goal of ours is to get more than one house,” she said. “We don’t want to stop at just six. We want to be able to house more women.”

For more information about the Oak Cottage for Women, visit oakcottage.org.