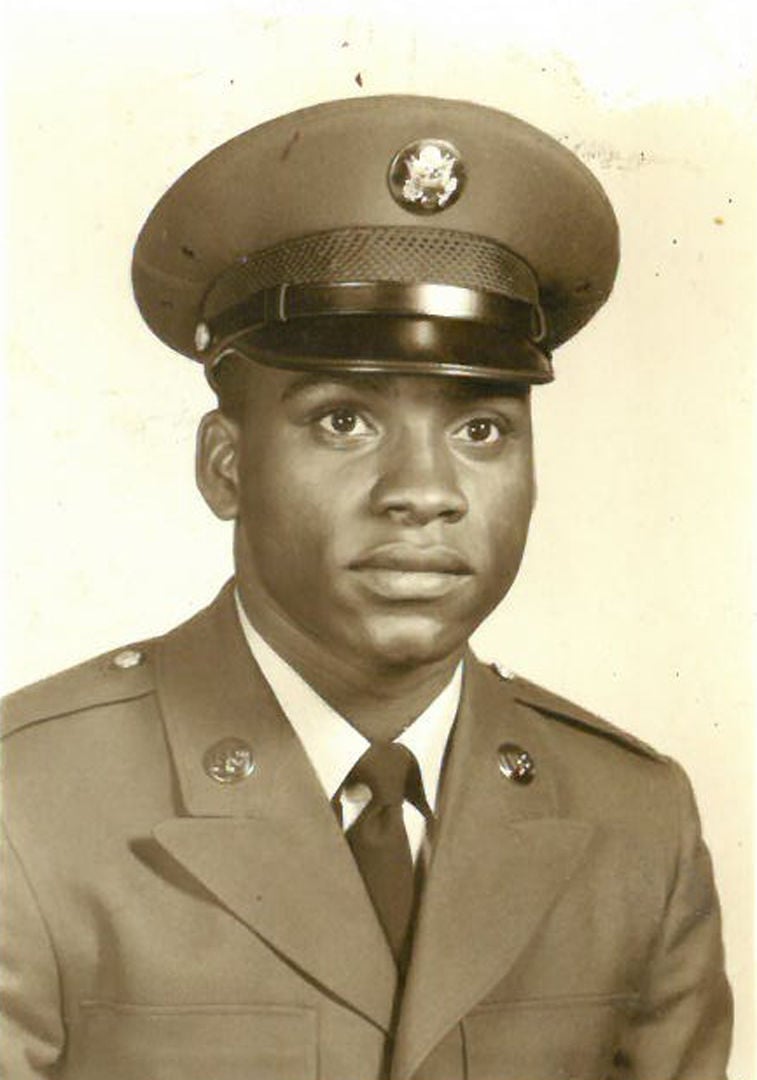 James Carothers is the second of five brothers, all of whom served in the military. Four of them served during wartime, and one didn’t make it home alive.

The fourth of the five, Richard Lee Carothers, was drafted into the Army in 1963, soon after he graduated from high school.

Richard, a private (C Company, 1st Battalion, 12th Cavalry Regiment, 1st Cavalry Division, 112th Infantry), arrived in Vietnam in April of 1966 and was killed on Dec. 17, that same year, during an engagement with the North Vietnamese in Binh Dinh Province, South Vietnam.

According to the military report, “With complete disregard for his own safety, PFC Carothers rushed into a hedgerow and engaged two enemy soldiers who had been inflicting heavy casualties on the platoon.”

In a point-blank firefight, he killed the two “and turned his attention on two other bunkers,” which were using automatic weapons on his platoon, cutting down soldiers as they maneuvered into a flanking position.

Richard was posthumously awarded the Purple Heart and the Bronze Star, which later of which is given for courageous action and unselfish devotion to duty.

“Memorial Day is personal to me,” James Carothers said. “I was the last one in the family to see Richard alive. When Richard shipped out, I went to see him.”

James and his older brother Daniel joined the Marines in 1960. Both intended on making it a career. James’ career was cut short in November 1966, when a grenade landed in his lap during an ambush in Vietnam.

As soon as James arrived in Vietnam, he tried to talk Richard into notifying his superiors that his older brother was also there. At that time, two siblings were not to be “in country” at the same time. However, Richard was adamant about staying.

James says that Richard’s last letter to him “was telling me to go back home.” But James said that returning home was not an option for his career.

James said he still regrets that he couldn’t talk him out of it.

The Carothers family gets together each Memorial Day for a cookout and to remember and honor Richard’s life.