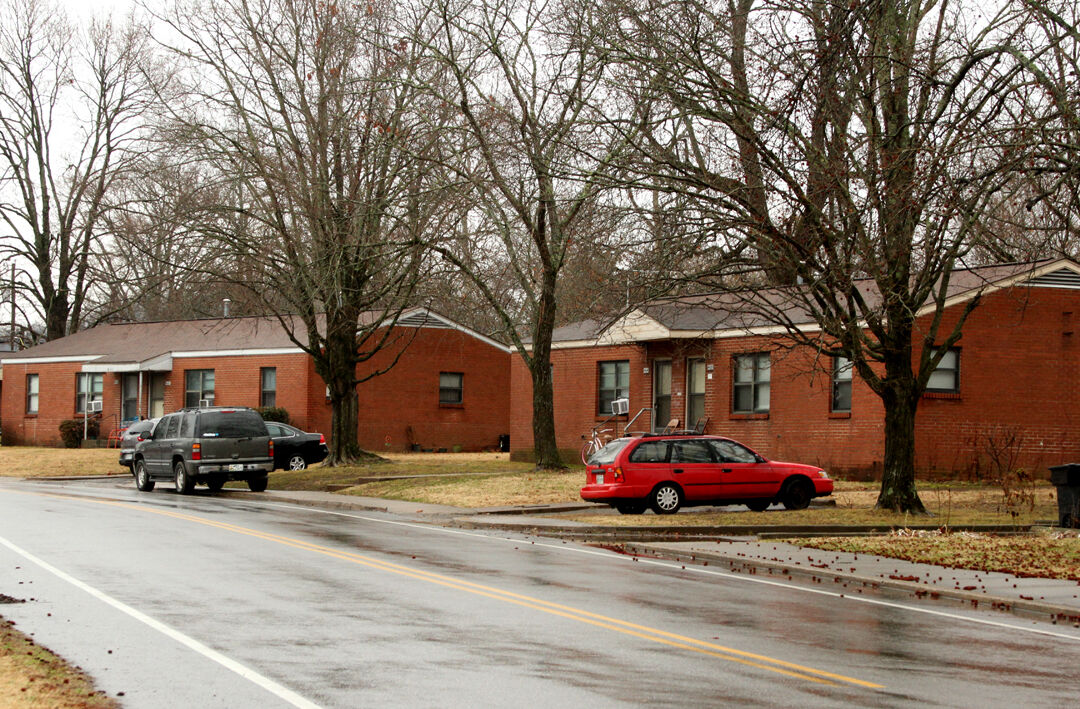 Public housing units on Brockwood Avenue will soon be revitalized and will house more families. 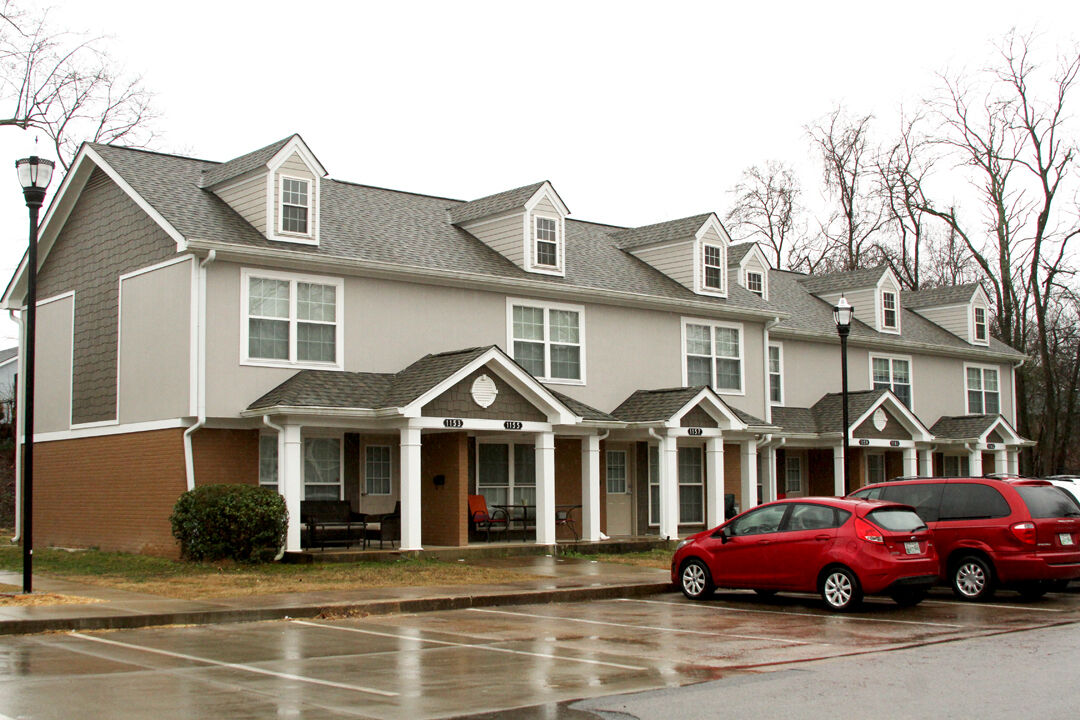 Multi-family Town House units have been built throughout the Natchez community replaced many of the former single level units and adding more public and subsidized housing in Franklin. 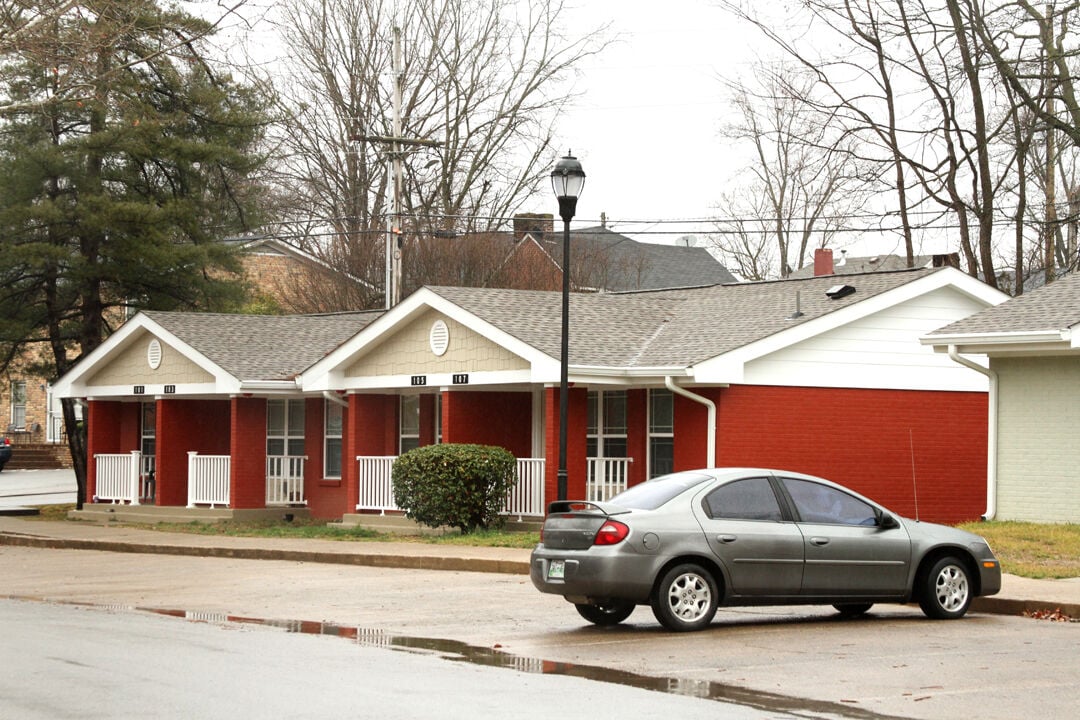 These single floor units on Spring Street are for good those with handicaps or the elderly.

Public housing units on Brockwood Avenue will soon be revitalized and will house more families.

Multi-family Town House units have been built throughout the Natchez community replaced many of the former single level units and adding more public and subsidized housing in Franklin.

These single floor units on Spring Street are for good those with handicaps or the elderly.

The topic of affordable housing is frequently at the forefront of conversations about life in Williamson County.

The lack of affordable housing has become a blemish for an area that has become extremely popular because of vast opportunities and otherwise low cost of living.

Naturally, children often want to live in the communities they were raised, grandparents want to move closer to children who relocate to the area and retail and service-industry employees would like to live closer to their jobs and in a county with good schools and great amenities.

Since the late 1980s, the county and its cities have seen an explosion of growth that has caused a housing shortage and a supply-and-demand problem that is keeping low- and middle-income families out of the local housing market.

As director of the Franklin Housing Authority, Derwin Jackson deals with the affordable-housing issue firsthand.

“We need places for teachers, nurses, child care workers and those in the service industry,” said Jackson, who understands that the problem is a complicated one.

How did this happen?

In 1960, Williamson County had a population of 25,267 and was considered an agricultural county, with an abundance of livestock and fertile land for cotton, tobacco, corn, wheat and other crops. Since the end of the Civil War, growth in the area had been largely stagnant. But from 1970 to 1980, the population jumped from 34,720 to 58,520, a 69% increase in 10 years, thanks mostly to the construction of Interstate 65 exits.

According to Jackson, since 1953, FHA has been assisting area low-income families, seniors and veterans by providing safe, decent, affordable housing and the chance at self-sufficiency with assistance from several programs.

Section 8 housing programs provide payment through the Public Housing Authority to private landlords on behalf of qualified low-income households. Participants are responsible for a portion of the rent determined by their eligibility. Jackson assists families in finding such landlords.

Other programs include vouchers for people with disabilities and veterans.

“There’s just not enough units to meet the need,” said Jackson, who for several years has been working with city and county officials and communities within the county to seek solutions.

“FHA is more than public housing,” he said. “I’m in the business of affordable housing for the workforce. We’re pretty much going away from public housing. It’ll become tax-credit programs under the HUD (U.S. Department of Housing and Urban Development) Section 8 program.”

In 2018, FHA received a grant from the National Housing Trust Fund to update 64 late-1960s and early-1970s-era units along Spring Street and Johnson Circle. The units recently reopened.

Thirty units were recently taken down on Natchez Street and will be replaced with 50-60 units.

Jackson hopes to close in coming months on a $20 million project for Cherokee Place, which will provide 100 one- to five-bedroom units.

Looking to the future, 22 units are in the planning stages for Park Street and 75-100 units are planned for 10-12 acres in the Brookwood Street area. Jackson is also working with developers to include affordable housing sections in their developments.

In addition to providing options, procuring funds, overseeing construction projects and maintaining the properties, Jackson’s staff is always looking for federal, state and local government grants as well as assistance from local businesses and agencies to help families become self-sufficient and transition from subsidized housing to home ownership or renting in a fair market.

Jackson continues to look for opportunities in the private sector for partnering with nonprofits, developers and local businesses and create additional affordable housing and housing opportunities for low and low-middle income families.

Such a disappointing article. Public housing is one of the great policy failures of all times. It has created horrible crime, dependency and wasted billions of dollars.

How insulting to the black community to equate them with public housing. Is that not a racial stereotype?