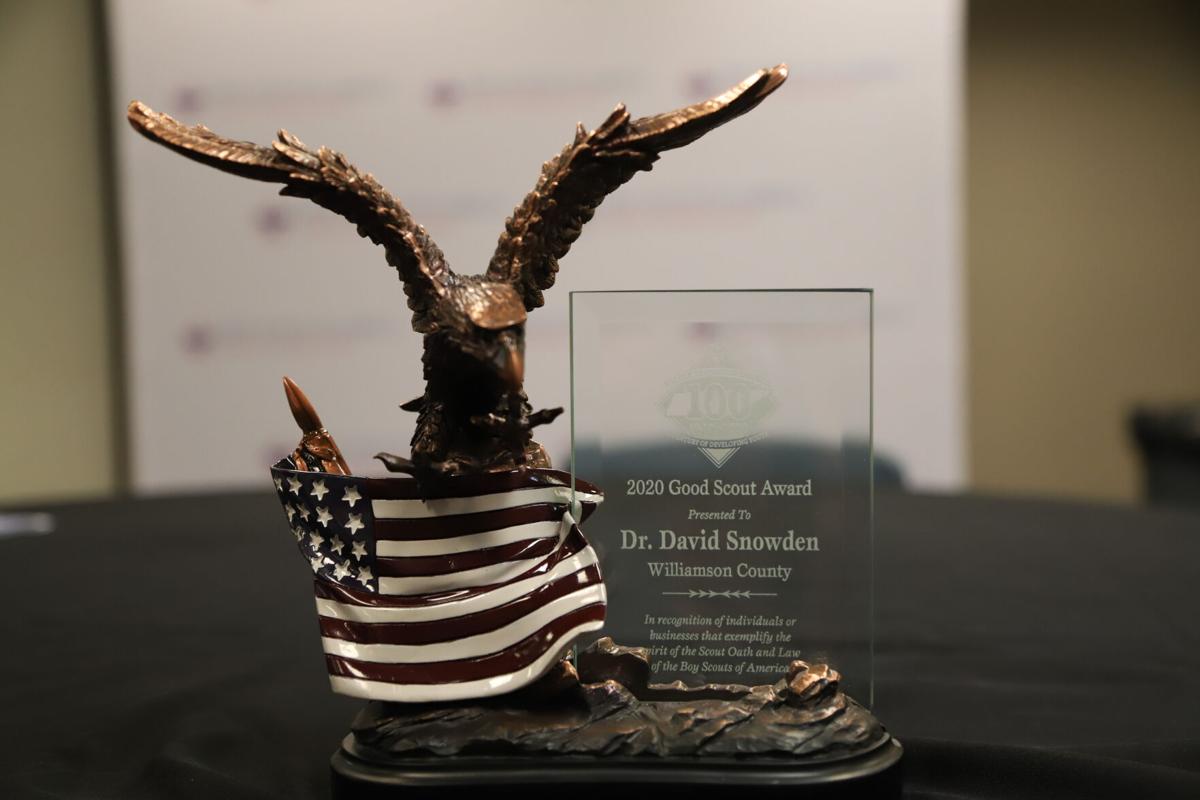 FSSD Director of Schools Dr. David Snowden was the recipient of this year’s Good Scout Award. 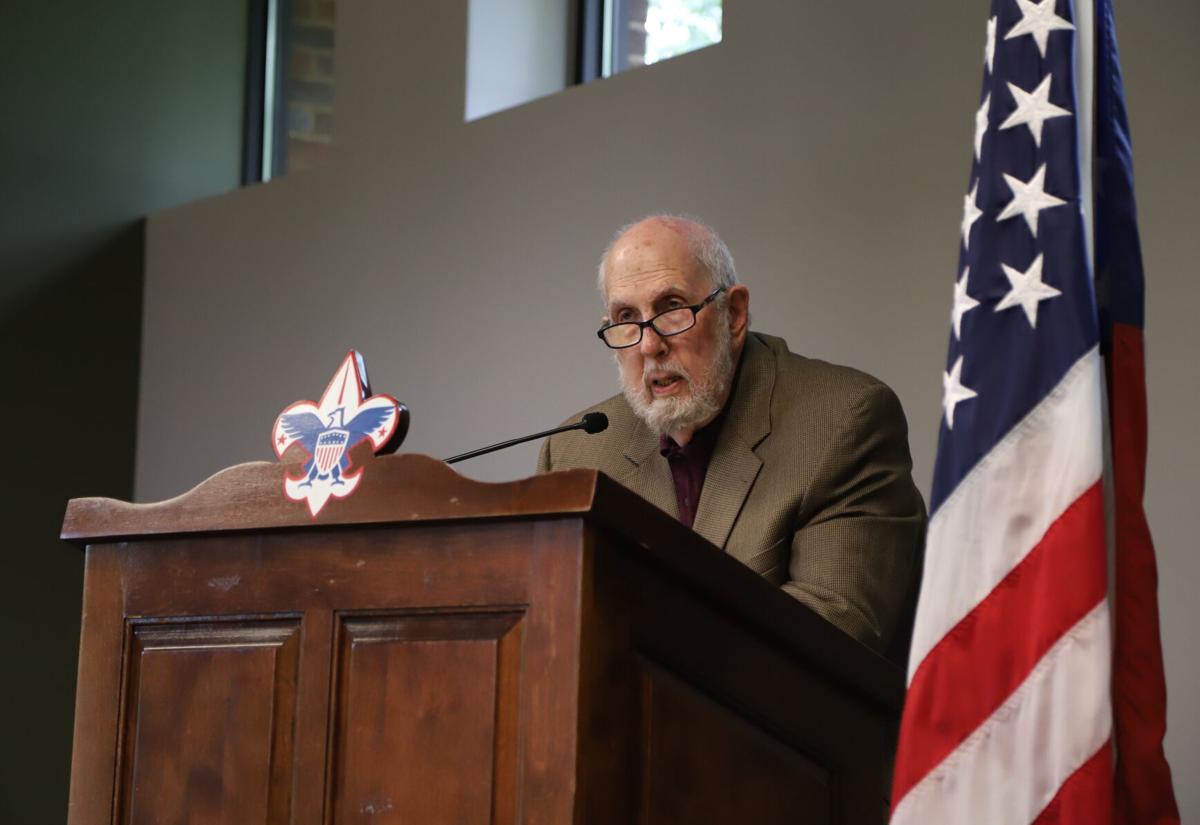 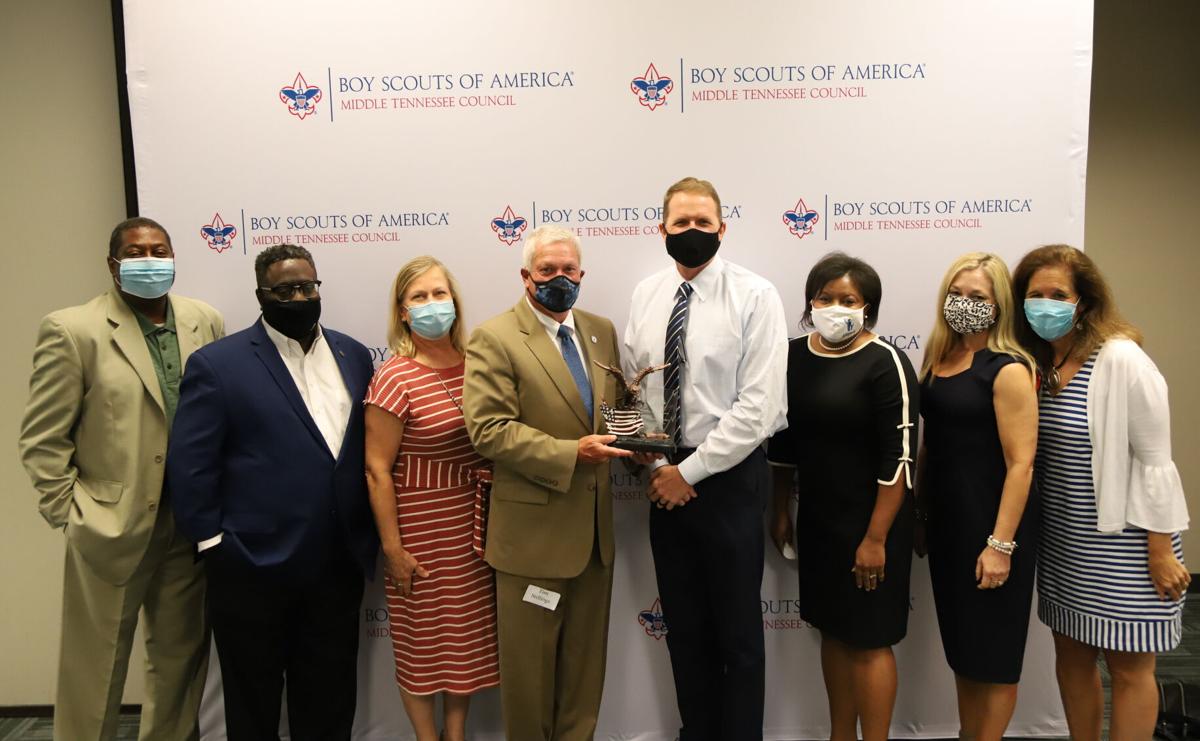 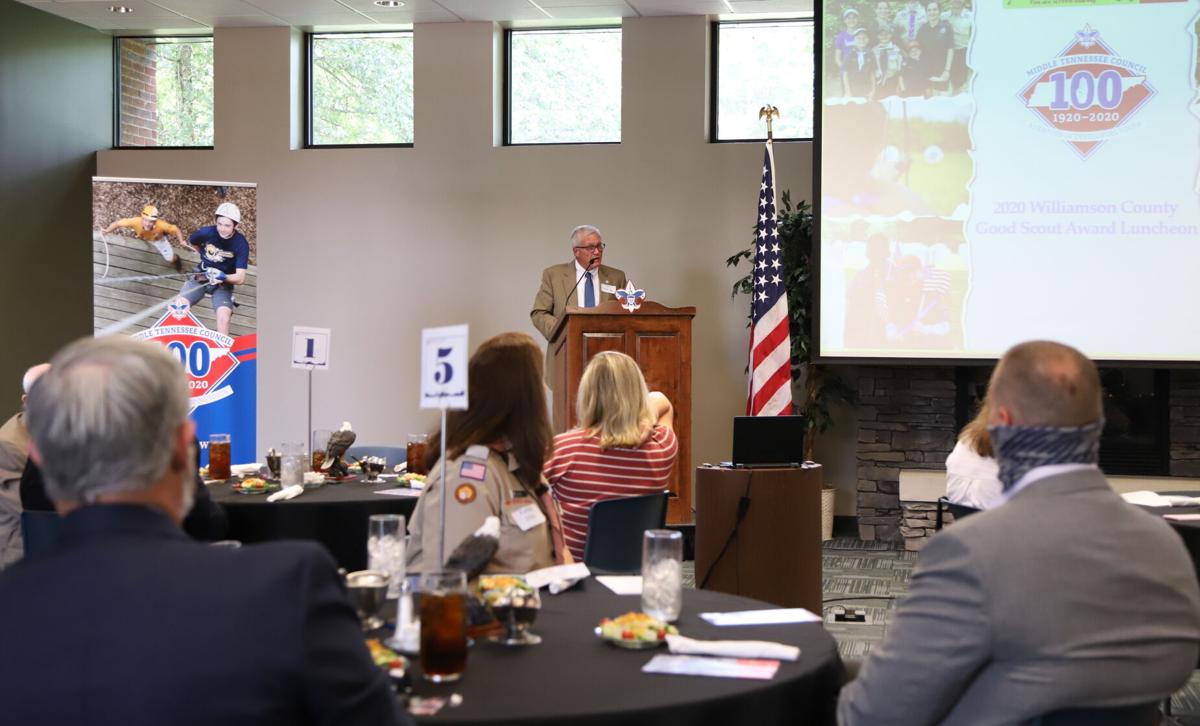 FSSD Director of Schools Dr. David Snowden was the recipient of this year’s Good Scout Award.

While many attended virtually due to the coronavirus, a small group of people, including FSSD board members, staff and elected officials, were in attendance for the ceremony held in Nashville.

The ceremony is hosted annually by the Natchez Trace District of the Boy Scouts of America Middle Tennessee Council.

“The Good Scout Award distinguishes those who go above and beyond expectations,” Stillings said. “It celebrates those who truly make a difference because they care and because they act. Franklin and Williamson County are better places today because 20 years ago, Dr. Snowden came to us. He cares, he acts and in his humble and very effective way, he’s made a difference.”

Snowden was not able to attend because he was attending to a family matter out of state. However, a statement was read on his behalf.

“Even though I was never a Scout, I’ve always looked forward to supporting the Scouting programs and being a partner by allowing them to use our schools for their evening meetings,” the statement read in part.

Snowden is in his 19th year as the director of schools for the Franklin Special School District. He currently serves as the state chairman for the Superintendents’ Study Council and is a member of the board for the Association of Independent Municipal Schools. He also often serves as a coach and mentor for new superintendents across Tennessee and was selected as the 2009-10 Mid-Cumberland Superintendent of the Year.

In addition to his professional service, Snowden has been involved in numerous community organizations. He is currently a member of the Williamson, Inc. Alumni Board of Directors, the Franklin Noon Rotary Club and an emeritus board member of the United Way of Williamson County. He previously served on the board of directors for the Franklin Boys and Girls Club, Franklin Tomorrow and served as the treasurer of the steering committee of Youth Leadership Franklin.

“Scouting at its most basic is investing in young people,” he said. “An investment in one young person is comparable to throwing a stone into a quiet pool. The waves move outward and affect a large amount of the water.”

He shared a story of a local Scout who approached his Rotary Club back in 2001 about partnering together to provide clean water and installing proper sanitation to some of Williamson County’s poorest residents in rural areas who couldn’t afford the tap fees.

“Operation Starfish has been going on for 20 years now, and almost all the families in the area have clean water,” Boyd said.

The project eventually went international, providing water purification in countries such as Guatemala.

“Because scouting invested in one young boy, that is through one stone in the pool, he not only made a difference for five families, but also touches others who were able to make a difference for thousands,” Boyd said.

The event raised over $43,000 for the BSA Middle Tennessee Council.