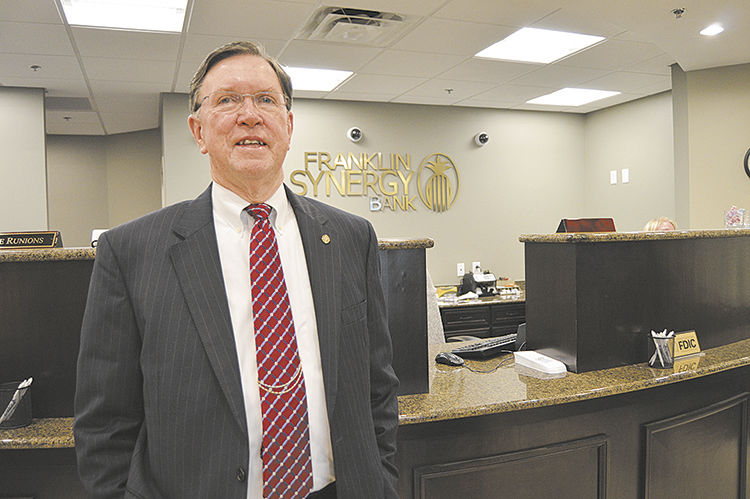 Franklin Synergy Bank Chairman and CEO Richard Herrington said that the bank is built on a firm foundation of excellent employees who put customers first. 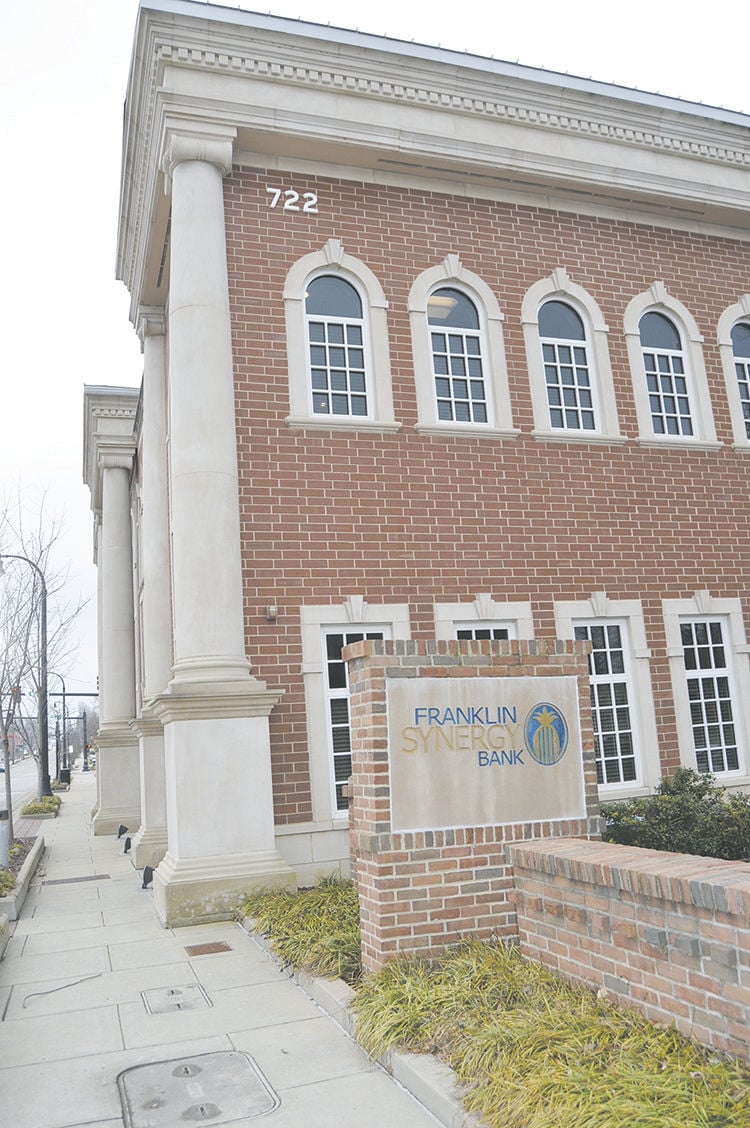 Franklin Synergy Bank Chairman and CEO Richard Herrington said that the bank is built on a firm foundation of excellent employees who put customers first.

Chairman and CEO Richard Herrington and his experienced team have built something of great value at Franklin Synergy Bank.

Herrington never thought as a teenager, as he performed office duties to help out his mother after school at the local bank where she worked, that he would go on to lead one of the largest, fastest growing banks in Tennessee and the region.

The community bank, which began serving friends and neighbors in 2007 and continues to do so, has grown by leaps and bounds, reaching $3 billion in assets in just 9 1/2 years as the fourth largest of 177 banks headquartered in Tennessee.

The bank will host a “sweet success” doughnuts and coffee event for customers at all Franklin Synergy Bank locations on Friday morning.

Franklin Synergy’s asset growth rate ranks ninth over the past five years in the nation among banks with assets from $1 to $10 billion.

“We are very proud. We went from the smallest to one of the four biggest banks in Tennessee in less than 10 years,” Herrington said. “We are not in business to be the biggest bank. We are trying to be the best bank and are just using those numbers to measure success.”

Starting out with only 20 employees, the bank is now comprised of a team of 270 employees with 12 branches across Williamson and Rutherford counties.

Beginning as a start-up raising $26 million in capital, Franklin Synergy became a publicly traded company on the New York Stock Exchange (NYSE) under its holding company Franklin Financial Network, Inc. in 2015. The bank’s value has leaped from $10 a share in 2007, when it first opened its doors, to $40 a share today.

Only 90 banks in the world are listed on the NYSE.

A Franklin resident with wife Retha since 1977, Herrington co-founded Franklin National Bank in 1989, then sold it to Fifth Third Bank at 5.4 times the value, creating a team of banking professionals throughout the process and a firm foundation in knowledge and know-how.

“First, we are in a really good market,” Herrington said. “Second, we have an excellent team and third, the customers rule in our banking.”

“Real estate is our expertise and that is what drives the market,” Herrington said. “We are very lucky to be here. We are one of the hottest real estate markets around.”

The population in Williamson County is projected to double to over 400,000 in the next 20 years, and home prices have boomed with the median home price of $450,706 in December. The housing market barely took a dip during the 2008-09 economic crash like many other areas across the nation.

Recently, the bank reached $50 million in one month in mortgage loan originations for residential homes.

For the first eight years, the bank grew as a real estate lender, but decided to diversify in 2015 to also become a health care lender.

“Because Nashville is the health care capital of the country, it makes sense to be a health care specialist,” Herrington said. “Part of our success is that we are in two very healthy industries in the right location.”

The bank lends to companies that support hospitals such as medical equipment companies that manufacture knee replacements and dialysis equipment. The bank also lends to local dentists and doctors.

However, Herrington said that the team at Franklin Synergy contributes to the bank’s continued growth and success over the years.

Not new to banking

“We may be a new bank, but we are not new bankers,” Herrington said. “I look at the experience, integrity and wisdom of our team, and I am proud.

“The team is local. Very few of our officers are from outside of this area.”

“Know your customer,” Herrington said. “This is a community bank. We know, appreciate and understand our customers’ needs.

“If I don’t have customers, it doesn’t work.”

The Franklin Synergy Bank headquarters moved from a space at Aspen Grove in Cool Springs to its current location on Columbia Avenue in 2010, a 60,000-square- foot building.

The building has expanded during four phases of growth with the opening of its bank branch, then an auditorium, an executive wing and a recently completed Mortgages Operations Office as well as a parking garage on site.

Herrington grew up in Aiken, S.C., worked as a newspaper reporter through college at the Aiken Standard Review and was the editor of his college paper at Newberry College. He later earned a master’s degree in economics from Florida State University before being recruited into the banking industry.

What keeps Herrington in the banking business after almost 40 years?

“I love the people aspect,” he said. “We get the pleasure of helping customers when they need help whether to pay for a wedding or a new home.”

“I enjoy helping people, leading, and working with an extraordinary team.”

Herrington also loves being a part of the Franklin and Williamson County community as well as giving back to the area where he has built roots. Herrington will serve as the next chairman of the board for Williamson Inc. chamber, was instrumental in starting Leadership Franklin, and sponsors many charities, community events as well as supports area leadership.

In fact, Herrington attributes the success of Williamson County as an economic driver, a leader in education and a beacon of quality of life – to its leaders.

“It’s a dynamic, energetic and diverse community,” Herrington said. “It’s the leadership. We have had tremendous leaders in this community.”