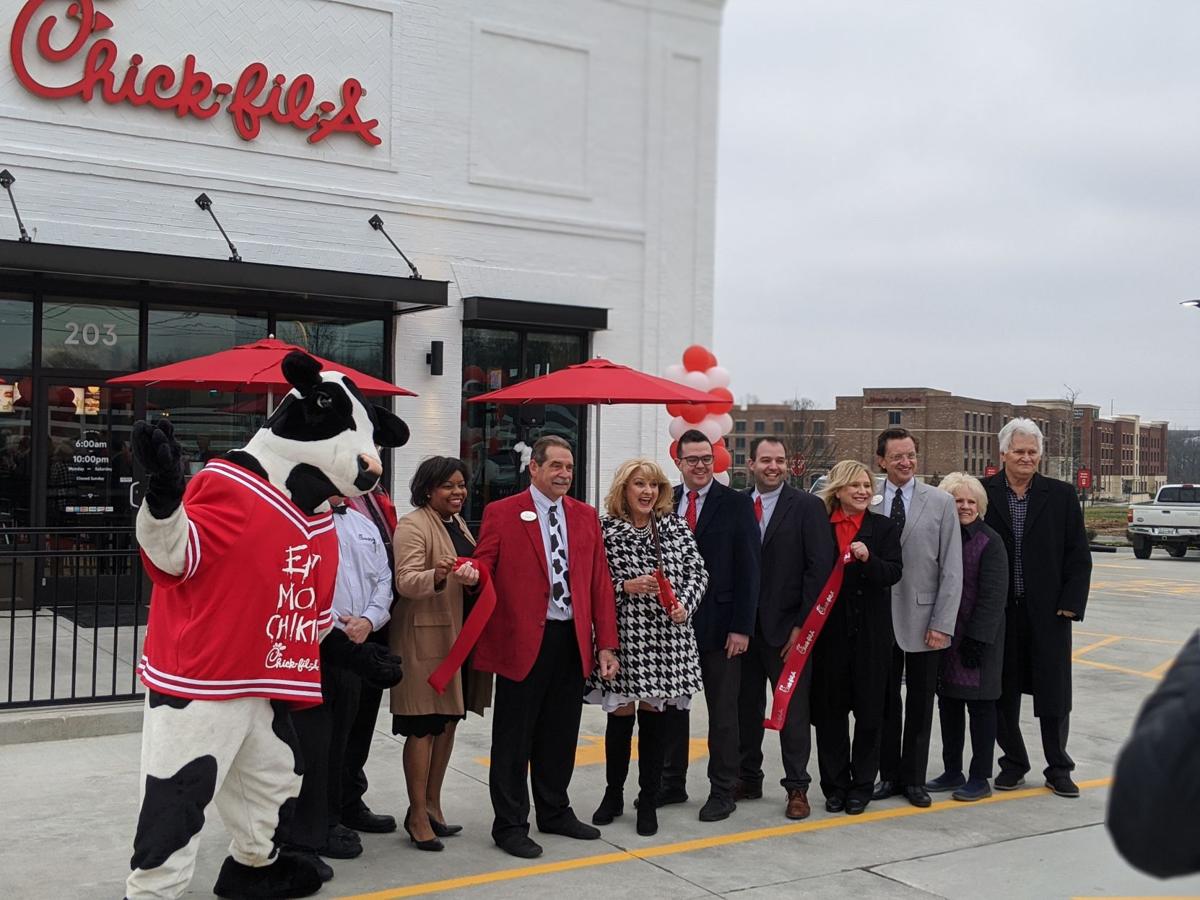 Jeanne Hammontree, operator of the south Franklin Chick-fil-A, welcomes visitors to her second restaurant, this one in Berry Farms. 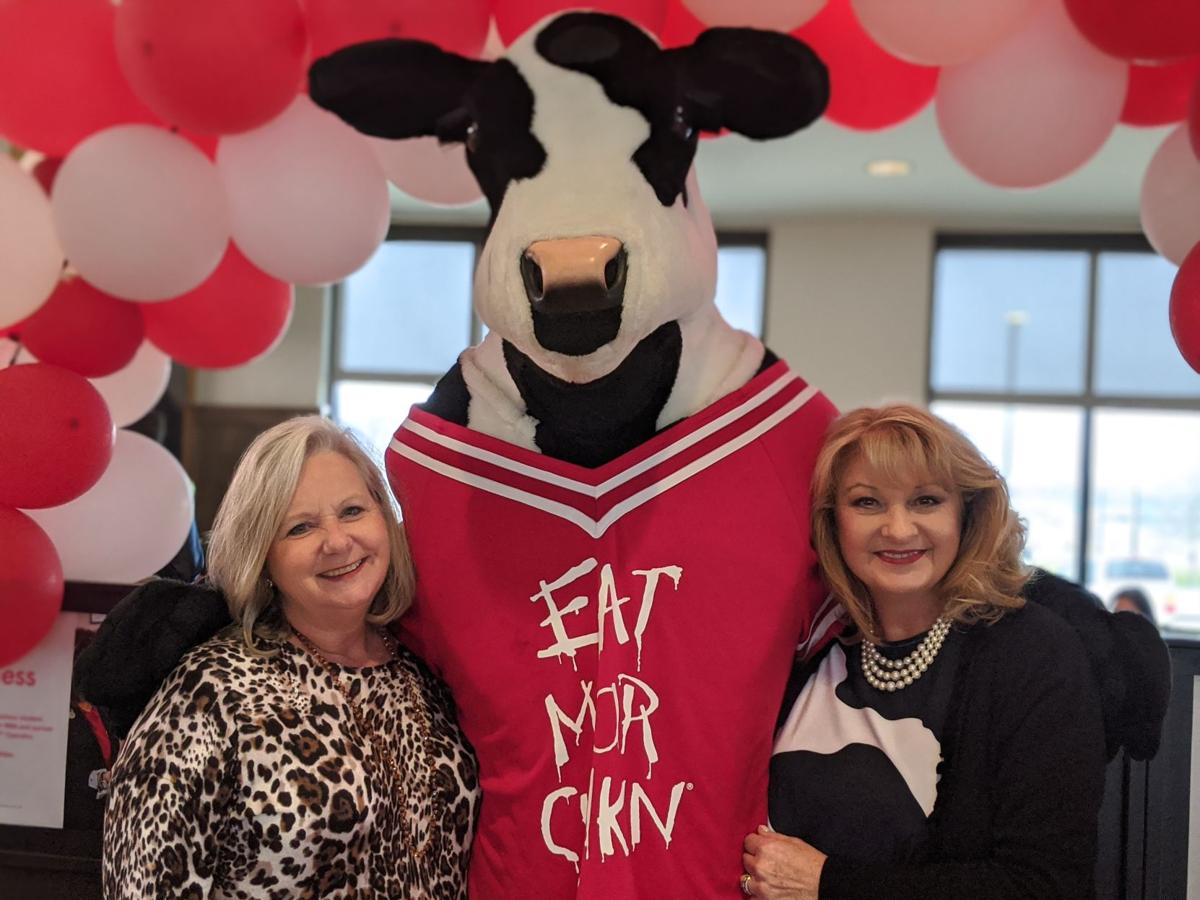 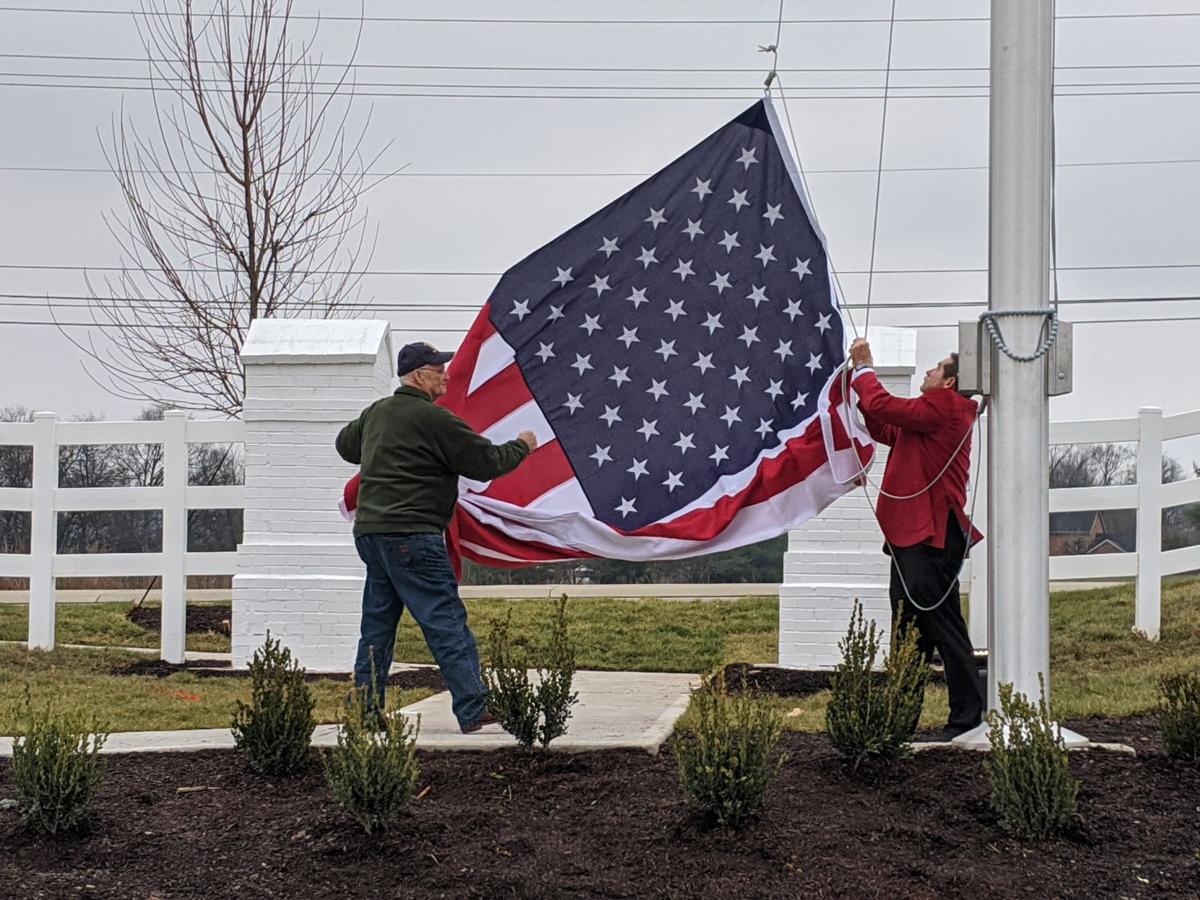 Richard Hammontree raises the American flag outside the restaurant to begin the ribbon-cutting ceremony. 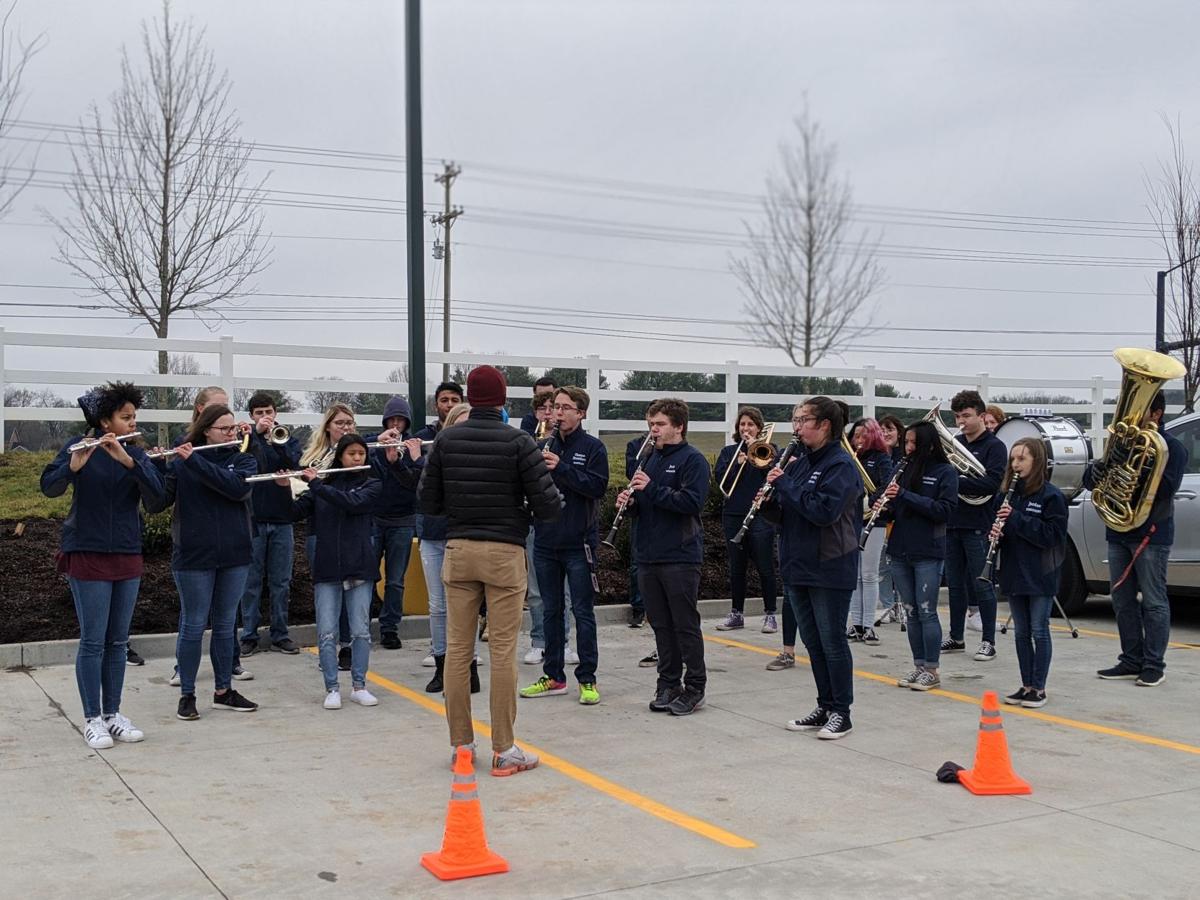 Jeanne Hammontree, operator of the south Franklin Chick-fil-A, welcomes visitors to her second restaurant, this one in Berry Farms.

Richard Hammontree raises the American flag outside the restaurant to begin the ribbon-cutting ceremony.

As of Wednesday morning, Berry Farms families have the opportunity to eat more chicken.

Local Chick-fil-A operator Jeanne Hammontree gathered with friends, family and nearby residents to celebrate the official opening of the seventh Chick-fil-A restaurant in Williamson County. As Hammontree, donning a cow-patterned dress, snipped the ceremonial ribbon and walked around her new restaurant greeting friends old and new, she said seeing the restaurant in operation flooded her with relief and excitement.

“It’s been kind of nerve-wracking up to this point, but now it’s like it’s all coming together,” she said. “I’m just so grateful.”

Hammontree has worked as a Chick-fil-A franchise owner for 18 years, beginning as the operator of the restaurant in CoolSprings Galleria. About a decade ago, she left the food court storefront in new hands as she opened the Chick-fil-A along Columbia Avenue. Now, she operates both the south Franklin and Berry Farms locations.

“I am looking forward to expanding my opportunity to care for and serve the Franklin community both inside and outside my restaurants,” Hammontree said. “I am committed to influencing young lives and developing my 220 team members at both restaurants.”

The Wednesday morning gathering featured the Independence High School band, which played the “Star-Spangled Banner” while Hammontree’s husband, Richard, raised the American flag on the pole just outside the restaurant. Friends and family then gathered before the bright building with Chick-fil-A sandwiches for a “first bite” ceremony.

The nearly 5,000-square-foot restaurant employs about 120 team members trained in Chick-fil-A’s characteristic hospitality. Some of these employees joined Hammontree and in the dedication ceremony Monday evening. Todd Hunley, the operator of a Chick-fil-A in Madison, Tennessee, prayed a blessing over future customers and current and future employees.

Throughout the restaurant’s first morning of operation, customers filtered through the order line, buying coffee and breakfast items as team members circulated throughout the dining room to offer free sandwiches and chicken biscuits.

Berry Farms residents Matt and Rebecca Mundt brought their son to enjoy their first meal at their local Chick-fil-A, expressing their daughter’s remorse that she had school and couldn’t come along. They said that the service, clean environment and kid-friendly features such as the playground and ice cream cones set Chick-fil-A apart, and they’re excited to have one close by.

The new restaurant is at 203 Lathram Lane in Franklin and is open from 6 a.m. to 10 p.m. Mondays through Saturdays. For more information, visit the Berry Farms Chick-fil-A site’s Facebook page.