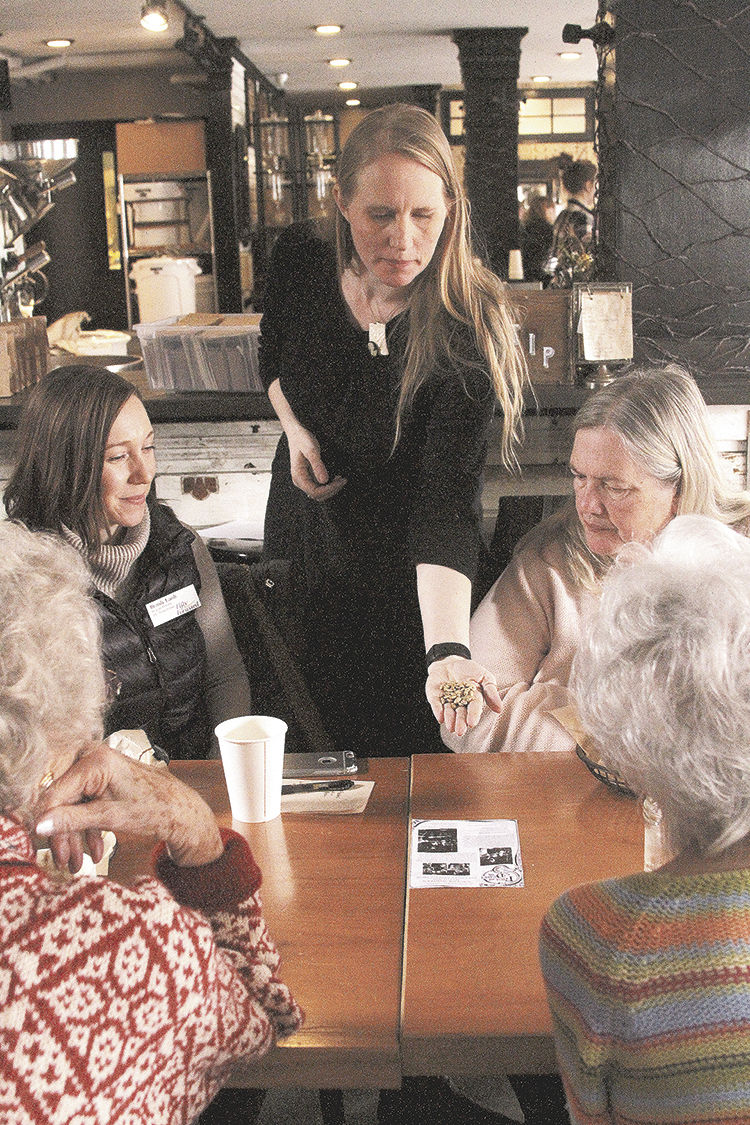 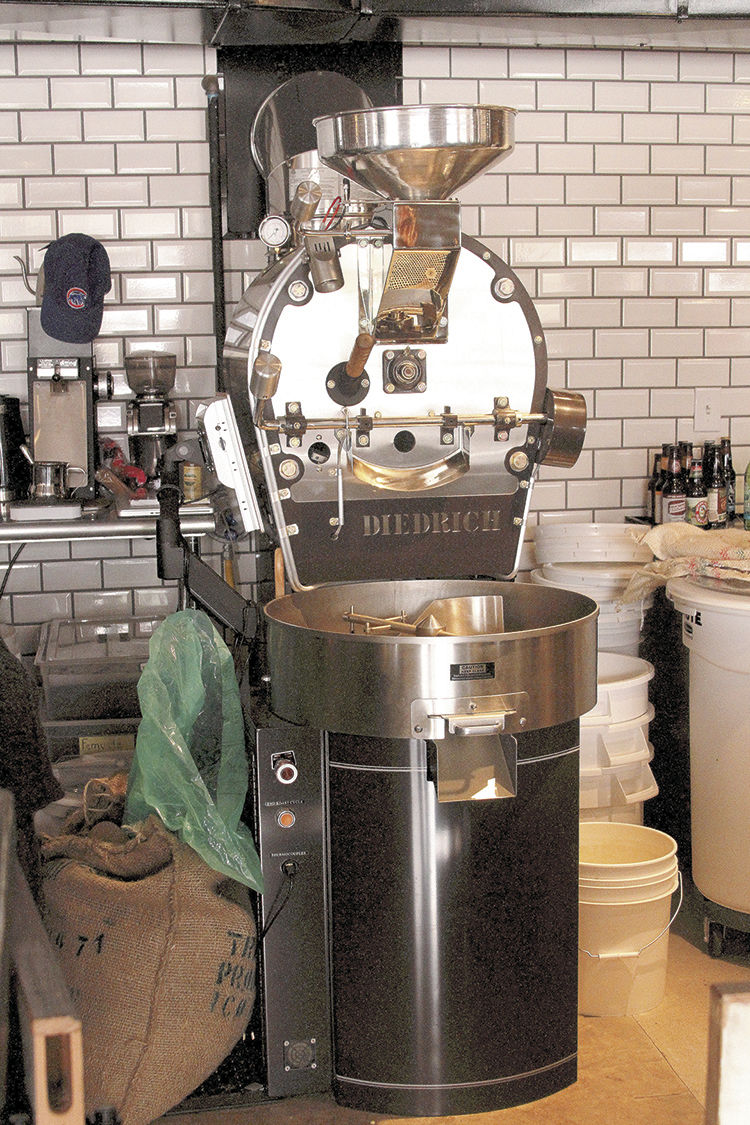 The Dietrich roaster, which roasts five kilos of beans at a time by heating beans from the inside out, stands in the center of the work area where customers can watch the process.

The Dietrich roaster, which roasts five kilos of beans at a time by heating beans from the inside out, stands in the center of the work area where customers can watch the process.

During a typical morning at First District Coffee Co. in Fairview, a group of women are playing cards, a young man is working on his computer, a bus-load of senior citizens from Bellevue are enjoying a road trip-stop for coffee, two young mothers are taking advantage of the children’s play area with a cup of joe and a cinnamon roll, while people stop in on their way to work for a wake-up cup of java and a pleasant hello.

In just one year, the First District Coffee Co. has become a popular place for people to gather for a cup of fresh-roasted coffee, a homemade pastry or sandwich and fellowship.

Located at 1880 Fairview Blvd. (Highway 100) on the east side of Fairview in a former feed store, the First District Coffee Co., owned and run by the Behan family, recently celebrated its first anniversary after an event-filled year.

In September 2016, when the coffee shop had been in business only nine months, the Fairview Chamber of Commerce named Elizabeth Behan Business Woman of the Year. On March 10, the First District Coffee Co. received a second-place countywide Sizzle Award for Best Merchant in Fairview.

Three years ago Elizabeth was a stay-at-home mom raising their two children and husband Micah had just broken ground on a new business.

“I have never had a full-time job – I stayed home and raised my babies,” Elizabeth said.

On Dec. 5, 2014, as she prayed for guidance in choosing a Christmas gift for Micah, she randomly opened her Bible. On the page, she saw a verse that called on her to “… gather the people and nourish them. …” As she pondered the verse, her ashen-faced husband appeared to say the Lord just told him they should open a coffee shop in Fairview “where people would gather and He would show His word.”

Nevertheless, the First District Coffee seed had been sown. The Behan family would become baristas.

Soon after the holidays, the seed showed life. They found a location for their business when the former Farm Depot building went up for sale, allowing Elizabeth to activate her creative juices and create a City Farmhouse-like, comfortable home-style coffee shop, using antiques and yard sale finds she had been collecting for the past 20 years.

“Honest Roasters in The Factory helped us out,” she added. “They let us sit in on barista training, and they came here and trained our first baristas.”

As they learned the coffee business, each member of the family found their niche. Micah is the main roaster and head chef;  son Teagen assists with the roasting, is a barista and works in the kitchen; daughter Adi is helping Elizabeth run the shop as the manager.

The name of the company defines the area of the county in which the Fairview community is located and the ambience captures the history of the area.

“We decided to go against the trend of fill-and-go, to come in, plug in and refill,” Elizabeth said. “We are community-hearted. We watch friendships grow here; neighbors become acquainted here; young moms gather with other moms here, couples meet here and house signings happen here.”

The coffee shop has also become a noted music venue featuring a variety of music genres including new grass, jazz and pop performed by well-known area artists on Saturday afternoons and evenings. Performances are live-streamed on the First District Coffee Co. Facebook page.

“Sometimes artists will come in just to jam for a while,” Elizabeth said.

Occasionally music, songwriting or Bible classes spring up at the coffee shop.

In the past three years, each member of the Behan family has become well-versed in roasting and serving coffee.

“We are an all or nothing family,” said Elizabeth.

The infrared roasting process, which heats the beans from the inside out, preserves the flavor and natural oils and prevents bitterness.

The Behans use their own recipes and obtain beans from all over the world.

“We roast all of our coffee in-house five kilos at a time as needed in a Dietrich infrared roaster,” she explained.

The family’s flavor profile is infused into the various coffee blends making them unique, Elizabeth added.

“We are considered a medium roast house,” she said. “We take great pride in the coffee beans we roast here.”

Decaf lovers will enjoy the Swiss water process the Behans used to extract the caffeine and maintain the full flavor of the coffee.

“Our decaf is just as good as our regular coffee,” Elizabeth said.

“We have our eye on the future and will try to grow to meet the changing needs of the community,” Elizabeth said. “The Lord called us to do a coffee shop just as the town was waking up. We are sowing the seeds of worth and value.”