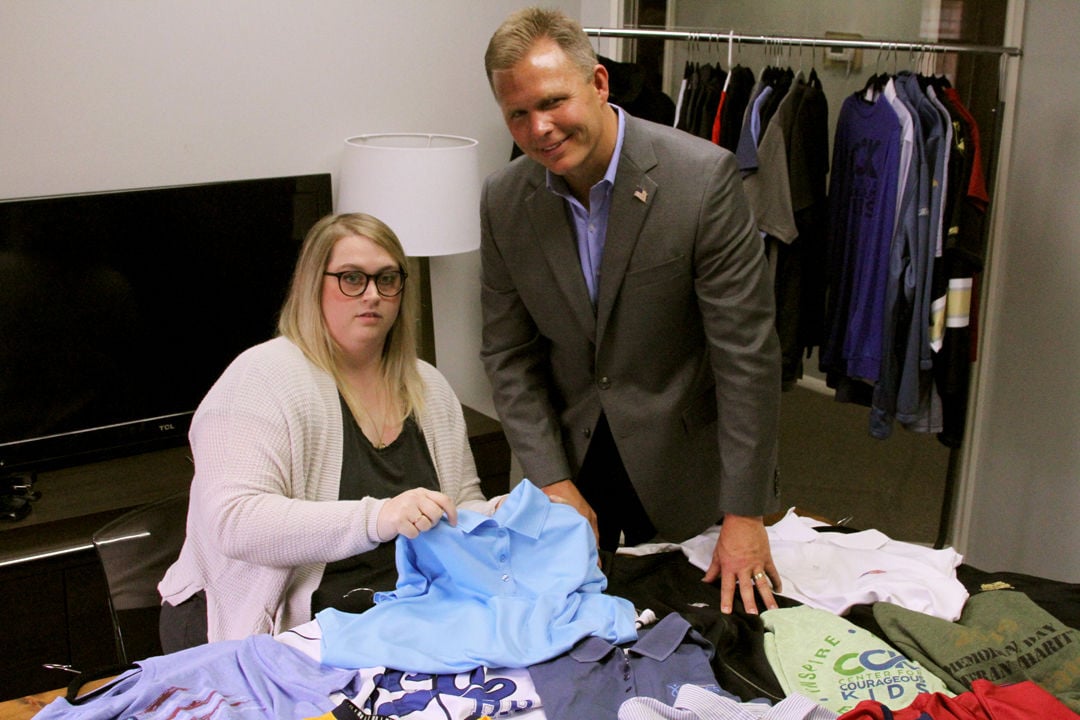 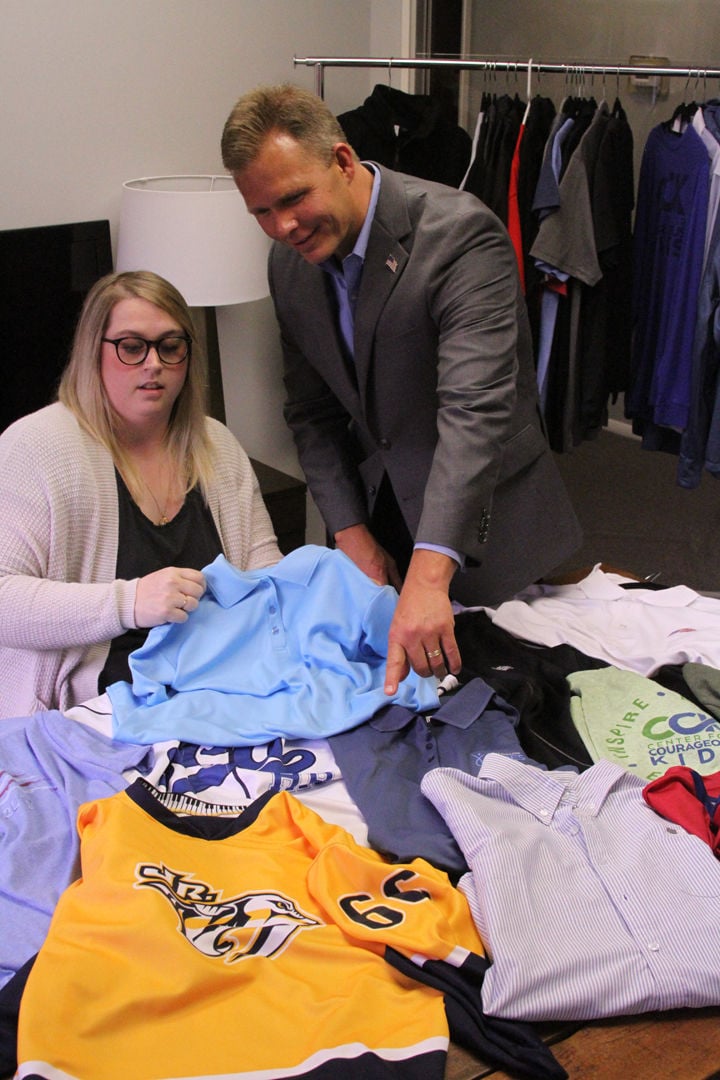 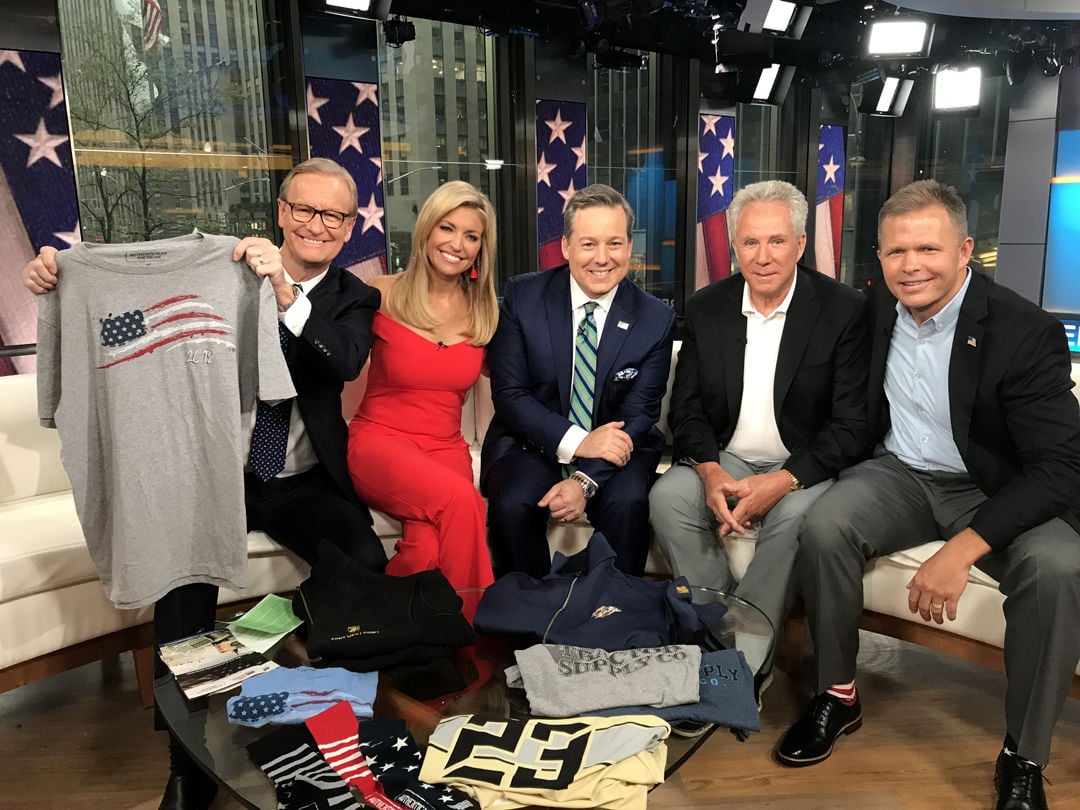 Dean Wegner, founder and CEO of Authentically American, appeared in 2018 on Fox & Friends, a morning cable news program, to tell his story from veteran toCEO of a startup company. Pictured are Fox & Friends hosts Steve Doocy, Ainsley Earhardt and Brian Kilmeade with Darrel Waltrip, an investor in Authentically American and Dean Wegner. The t-shirt Doocy is holding has Wegner's company logo - a vintage U.S. flag.

Dean Wegner, founder and CEO of Authentically American, appeared in 2018 on Fox & Friends, a morning cable news program, to tell his story from veteran toCEO of a startup company. Pictured are Fox & Friends hosts Steve Doocy, Ainsley Earhardt and Brian Kilmeade with Darrel Waltrip, an investor in Authentically American and Dean Wegner. The t-shirt Doocy is holding has Wegner's company logo - a vintage U.S. flag.

Life is a journey, and no matter how well-planned, the journey can be filled with surprises.

Such is the case for Dean Wegner, founder and CEO of apparel maker Authentically American.

A West Point graduate, former Army Ranger captain and helicopter pilot, Wegner never thought he’d be in the apparel business. But that’s what he’s doing. And his company is providing high-quality apparel made entirely in America.

“Our vision is to build an iconic American brand that’s truly made in America,” Wegner said.

Nationally known apparel companies such as Nike, Under Armour and Lands End, his largest competitors, are part of the 97 percent made outside the U.S., he added.

“At the heart of our mission is our passion for providing jobs for Americans,” Wegner said. “And we want to provide a better product, not a more expensive one. I believe in the American worker. Everything we do is made in the U.S.A. and everything we do is guaranteed.”

Each piece has the Authentically American flag logo stamped on the back to assure it was made in one of the company’s nine U.S. manufacturing facilities with American materials. The company’s polos are made of moisture-wicking material, the collars don’t roll and its T-shirts are soft and tagless.

Two years after the Authentically American launched, in July 2017, it has already surpassed Under Armour’s two-year mark.

“Looking back, it was God’s provision and his timing plan that brought me here,” Wegner said. “Every step on my journey contributed to where I am now.”

Wegner said that as a child he learned about faith, family and country. That focus continued at West Point, where he learned the military’s core values.

“Values mean something,” he said.

During flight school, Wegner was trained to fly the Huey helicopter. He later won a competition to enter Ranger training.

“That prepared me for the stress and long hours that go in to creating a startup company,” Wegner said.

While on active duty, he earned his MBA at Cal State University. When he left the military in 2000 after seven years of service, Wegner accepted a position with KPMG Consulting. Two years later, he was consulting at Proctor and Gamble, where he was involved in launching new brands. After six years in four cities, Wegner took a job at Mars in Franklin. By 2010, he had moved 10 times.

“One of the reasons I got out of the Army was I wanted to stop moving,” he said. “My wife grew up in Jackson (Tennessee) and went to school in Knoxville. I knew if No. 11 came, I was going by myself.”

He says that if he continued working for Mars, move No. 11 was bound to happen. Instead, Wegner and a partner bought Omega Apparel, an 18-year-old company in Smithville, Tennessee, that made military dress uniforms.

“That exposed me to apparel,” he said.

When military cutbacks dashed plans to grow the company, Wegner left the partnership. He sought to build a world-class, iconic brand using the values instilled in him.

“I saw an opportunity to create jobs and possibly have an impact on lives,” he said.

Authentically American donates a percentage of its profits to veterans and first responders.

Wegner says it all started with “a vision and an idea but no business plan.” Because people believed in the vision and idea, Wegner has been able to fill a niche while staying true to his values.

For more information about Authentically American, go to www.authenticallyamerican.us.