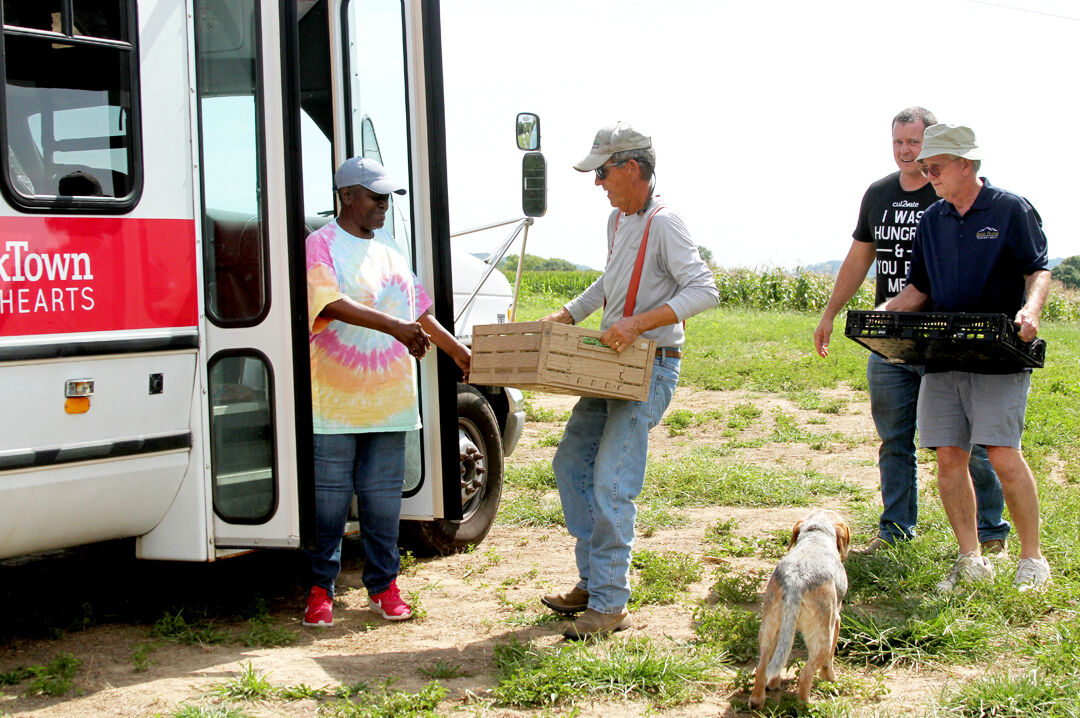 FrankTown Open Hearts driver Mary Ann Pointer makes a daily run to Cul2vate to pick up boxes of fresh vegetables which she delivers to families of youth who participate in the program. Pictured are Cul2vate volunteers Charlie Coffey, Charlie Parish, Nathan Lankford and Josie the puppy. 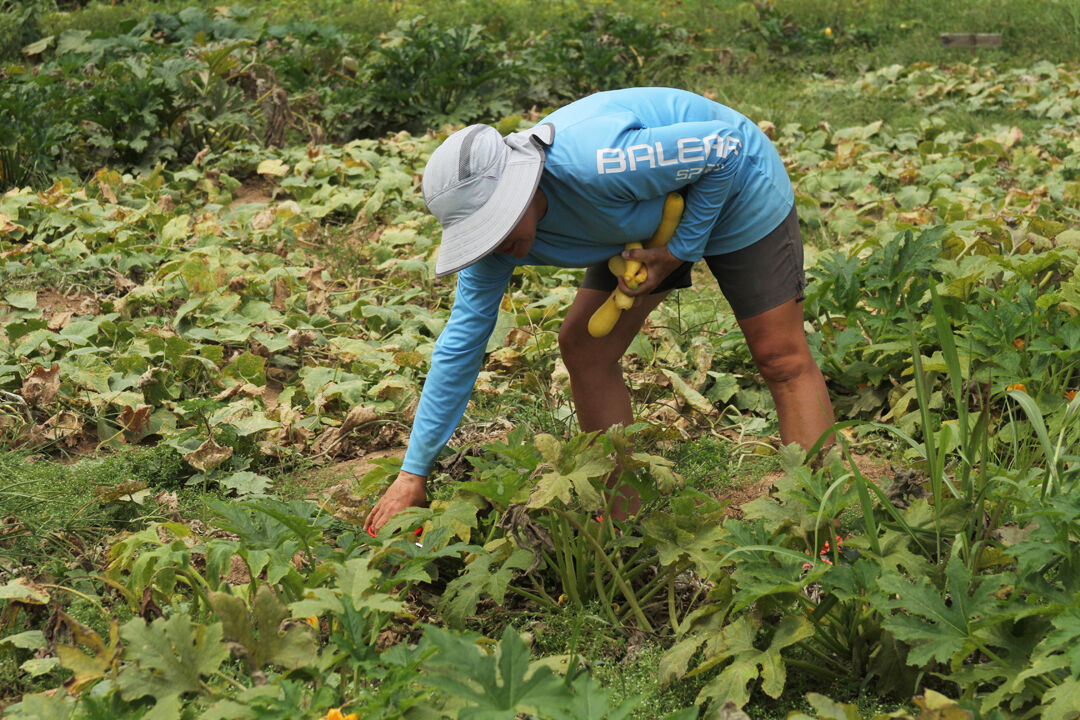 Cul2vate volunteer farmer karen Rogers picks an arm load of yellow squash for the next fresh food pick up. 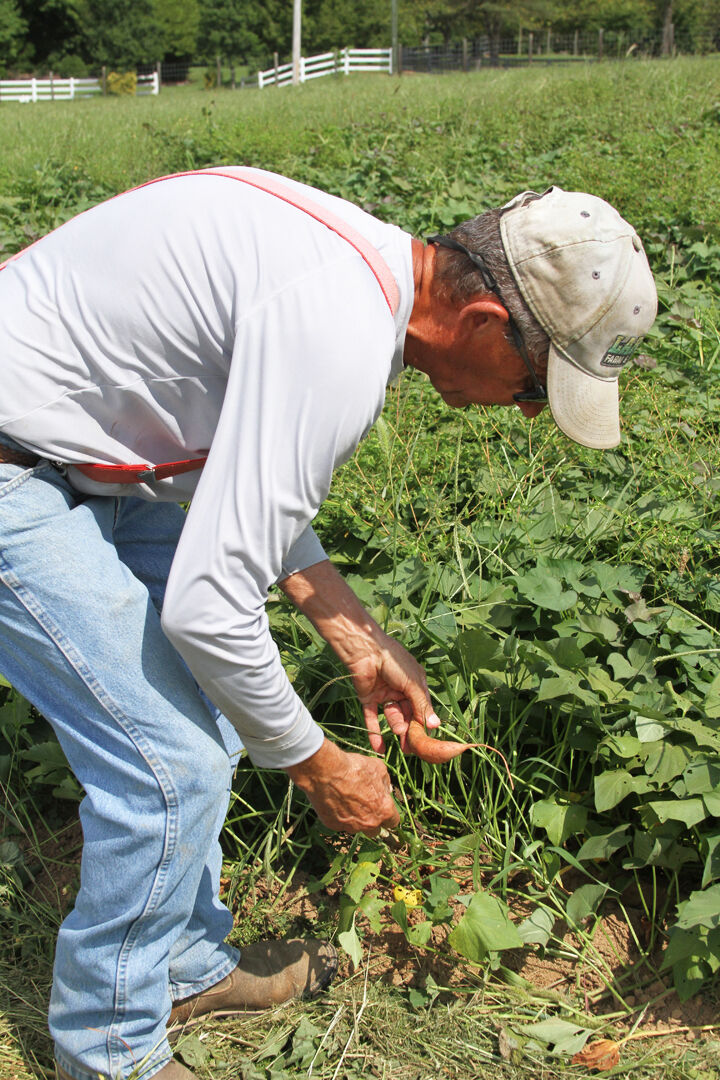 Cul2vate volunteer Charlie Coffey picks sweet potatoes growing in the 20acre garden planted by volunteers and participants in the Cul2vate program - the spiritually broken for whom the program provides opportunities to heal and become whole. 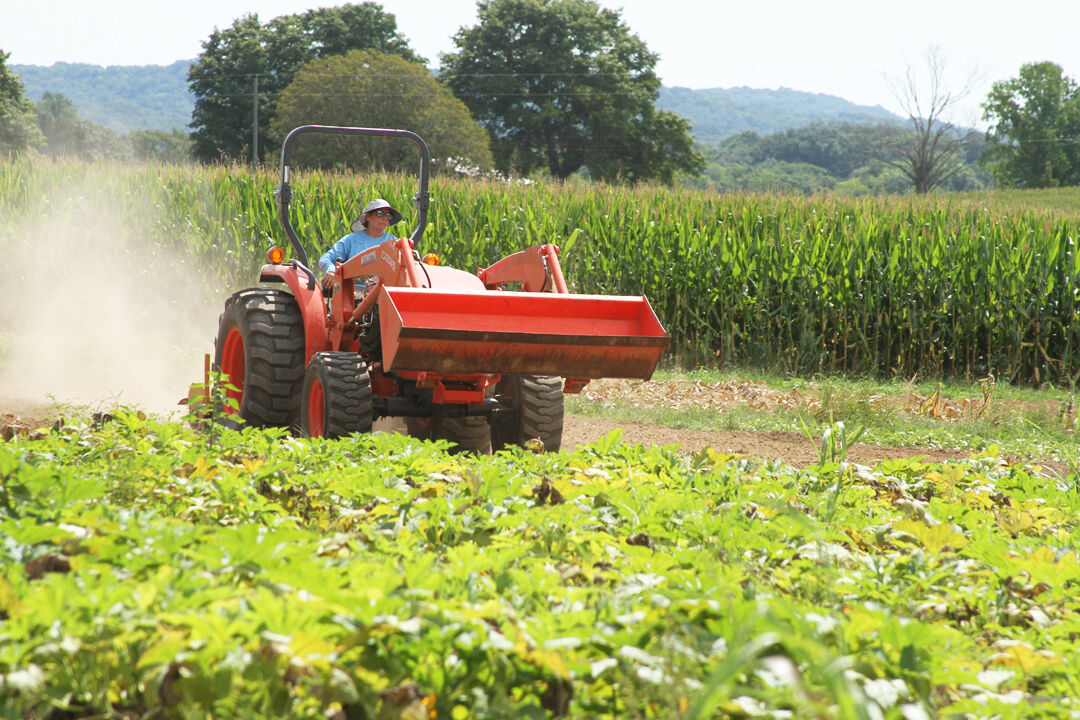 Cul2vate volunteer Karen Rogers plows up a fresh plot to make ready for another planting of green beans. 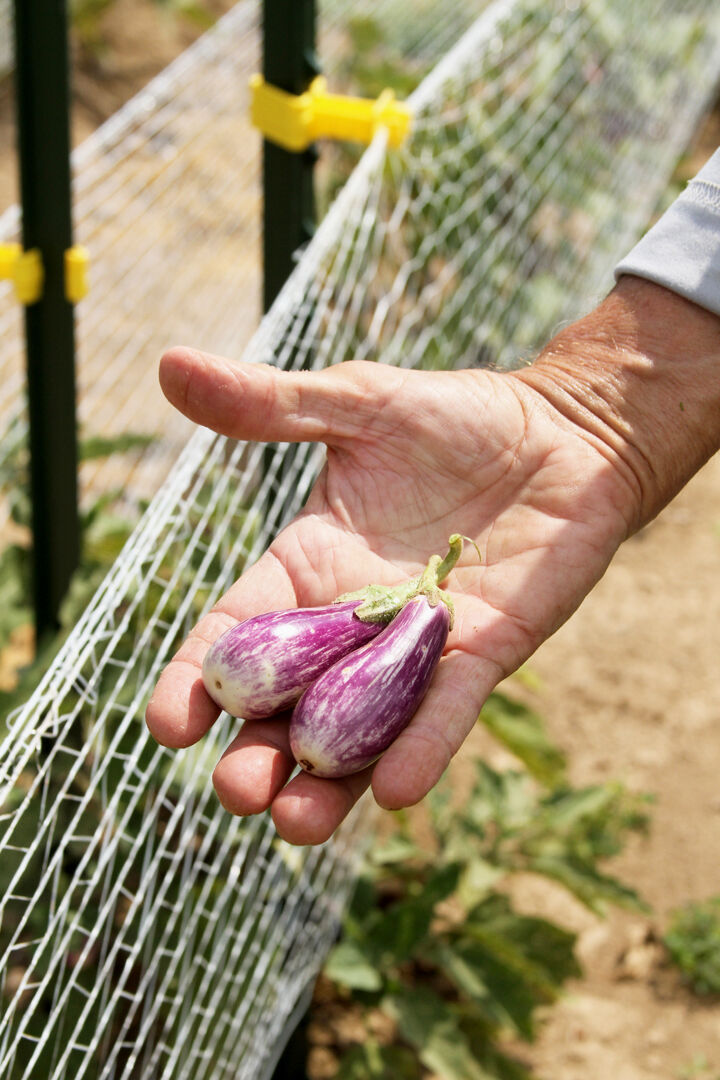 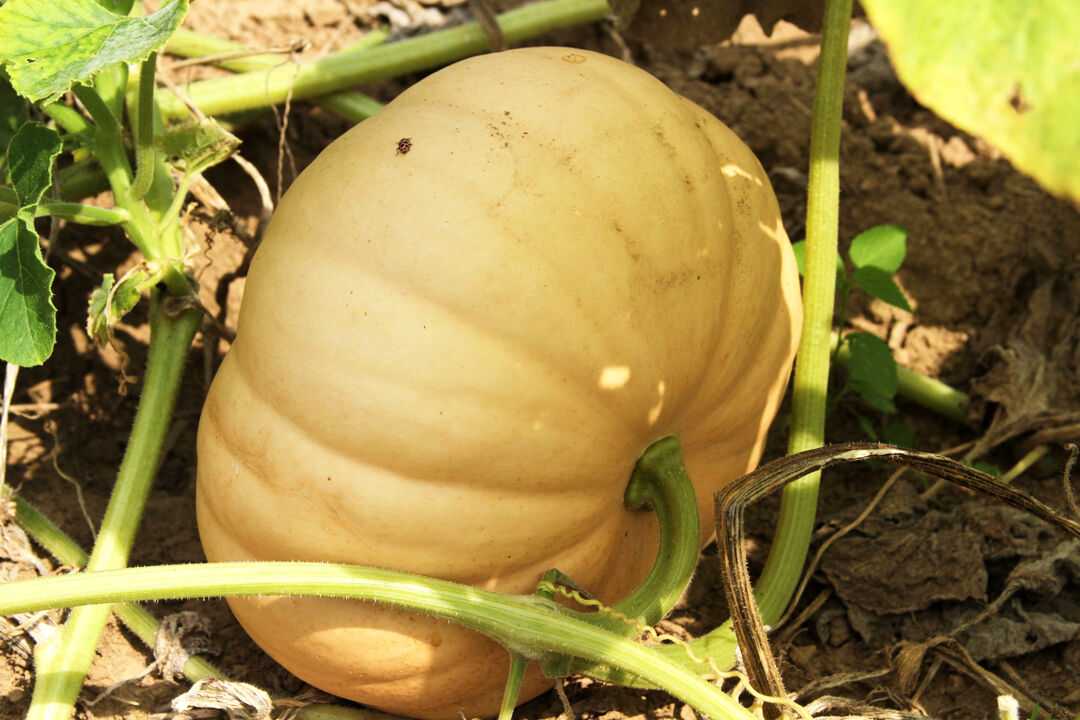 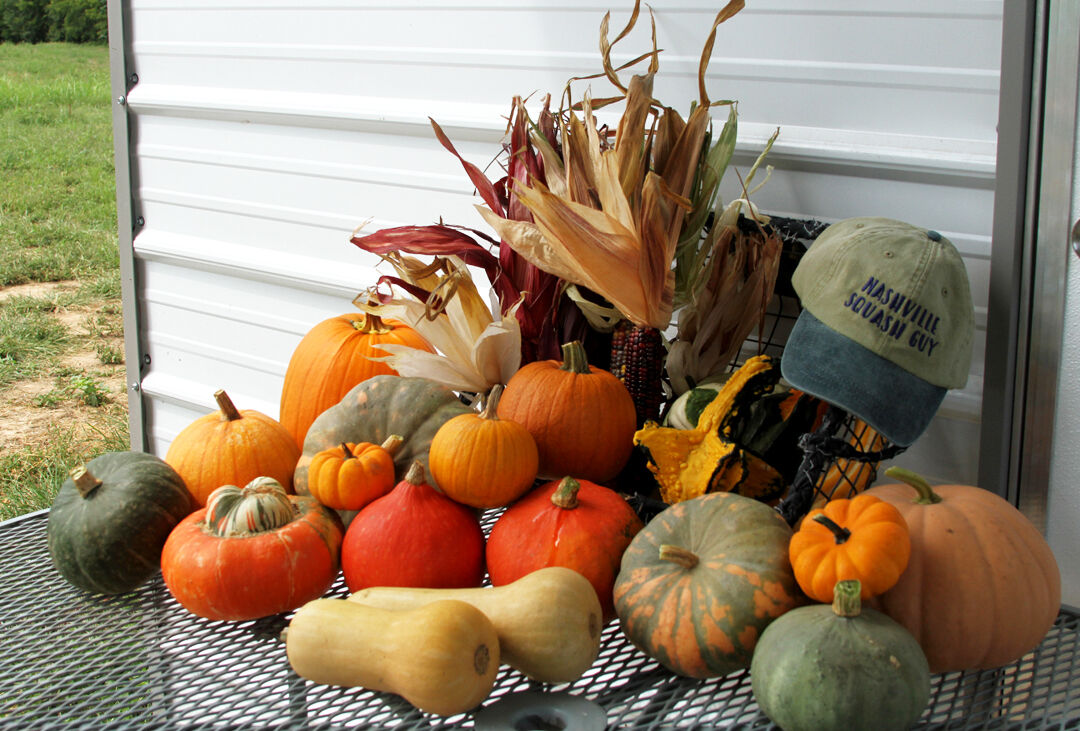 A fall display of produce from the Cul2vate gardens ... New England pie pumpkins, a variety of squash and Indian corn.

FrankTown Open Hearts driver Mary Ann Pointer makes a daily run to Cul2vate to pick up boxes of fresh vegetables which she delivers to families of youth who participate in the program. Pictured are Cul2vate volunteers Charlie Coffey, Charlie Parish, Nathan Lankford and Josie the puppy.

Cul2vate volunteer farmer karen Rogers picks an arm load of yellow squash for the next fresh food pick up.

Cul2vate volunteer Charlie Coffey picks sweet potatoes growing in the 20acre garden planted by volunteers and participants in the Cul2vate program - the spiritually broken for whom the program provides opportunities to heal and become whole.

Cul2vate volunteer Karen Rogers plows up a fresh plot to make ready for another planting of green beans.

A fall display of produce from the Cul2vate gardens ... New England pie pumpkins, a variety of squash and Indian corn.

A lush 2-acre garden along Clovercroft Road is showing signs of being at the end of a successful growing season.

Summer vegetable plants, strained from their abundant production, are beginning to fade while volunteers clean up harvested areas in preparation for fall plantings of turnip greens, green beans, other late-season produce and cover drops to sweeten the soil for next year’s plantings.

Most every day since April, Mary Ann Pointer, a bus driver for FrankTown Open Hearts, has stopped by to transport the fresh produce volunteers picked earlier. She delivers them to families of FrankTown members and others in the community who are in need. One Generation Away volunteers typically arrive later in the day to collect their boxes of fresh produce. Other organizations also show up.

“One hundred percent of our produce is free to Williamson County residents in need,” said Nathan Lankford, one of the volunteer leaders of Redemption City Church’s Cul2vate garden project within its Hope for the Hungry mission. “Families who don’t have resources to go to the store in this time of crisis — we can provide.”

Cul2vate has a two-fold mission: feed the physically hungry in Williamson County and the spiritually hungry within the county and surrounding areas.

“Food is what we use to open the doors that give us real space to have difficult conversations to change lives,” said Joey Lankford, executive director of Cul2vate, in a video about the program. It gives us the chance to ‘be the light’ (God) has called on us to be in the community.”

Cul2vate was birthed when the church made the concept of feeding the hungry a primary ministry. The church, founded by Jed Copenger, its lead pastor, in 2013, follows the Baptistic doctrine from Acts 29 with a mission to make disciples by sharing the love of God through words and deeds and feeding the hungry — stomach and soul.

Although the seeds for the garden along Clovercroft Road were planted as an idea in 2018 and actual ground was turned in December 2019, the story began in 1994, when three teenage boys found jobs at a local farm.

Brothers Joey and Nathan Lankford, then 15 and 13, respectively, needed a place for their horses, young Jed Coppenger just needed a job and Tap Root Farm owners Frank and Frances Ingraham needed help getting their hay up.

The Ingrahams, who went to church with the Lankford family, hired the boys to pick up hundreds of square bales of hay scattered on more than 300 acres of their Clovercroft Road farm.

“We got paid by the bale. Five cents a bale,” Nathan said.

The boys stayed on, working until school started. The Lankford brothers returned to the farm each summer until they went off to college. During that time, they developed a strong bond with the Ingrahams.

Several years ago, during a visit with the Ingrahams, discussions turned to the future of the farmland. Nathan learned that Frank, who was in his 90s and finally retiring from farming, had again been approached by developers. They had been wanting his land for 25 years, but the Ingrahams were concerned about the use of the land. They wanted a part of it to be used for something meaningful.

By 2018, Redemption City Church had grown to almost 500 members and Joey had started the Cul2vate mission at Ellington Agricultural Center.

Cul2vate works with “broken men and women to cultivate and rebuild their broken lives,” Nathan said. “‘I was hungry and you fed me’ is not only about food, but fixing lives.”

The growing church needed land to build its own church, but Jed didn’t want a big building campus/media center. He wanted something that met the mission, Nathan said. After discussing the mission of the church to the Ingrahams in the winter of 2018, “they selected us,” Nathan said. “We bought 7 acres. They gave us 23-plus acres.”

In 2019, Nathan and Redemption City church member Charlie Coffey got together to create a plan.

Through the church’s Hope for the Hungry program, the two developed a plan for the first garden site and larger garden sites envisioned for the future.

The church raised money to get the plan started and things started to fall into place.

“We met a guy who cut the driveway,” Nathan said. “Then we needed a barn and a tractor. The barn was paid for by a donor and we were given an old tractor.”

The farm also acquired a newer tractor at a discounted price.

Joey and brother Gavin unloaded needed items from their cattle farms and for weeks church members showed up to clear away brush.

One of those volunteers was Karen Rogers, a “farm girl” from Texas who could wield a chain saw and knew her way around farm equipment. She joined the full-time volunteer crew.

“Karen is a ninja. We couldn’t do it without her,” Nathan said. “Like that old John Deere (tractor) over there, Karen and Charlie have no brakes.”

Coffey meticulously laid out planting sections. In December, soil that had not seen a plow in 50 years was turned and, weeks later, volunteers were planting early growing vegetable seeds.

“Our garden had its best chance because of the way it was done,” Nathan said.

The first harvest came in March. Volunteers showed up for the “greatest bean picking parties.”

“In the middle of COVID, God gave us a farm and we did 35,000 pounds of food (since March) one basket at a time, all in Williamson County,” Nathan said. “It’s what love does in a community.”

From the very beginning, the garden has been more the work of God’s hands, he said.

There are plans to expand the garden and to work with area farmers to develop a daily farmer’s market stand on the church property. It would be an area for local farmers to sell their goods — from produce and honey to meat and other products — while Cul2vate continues its mission of feeding the hungry.