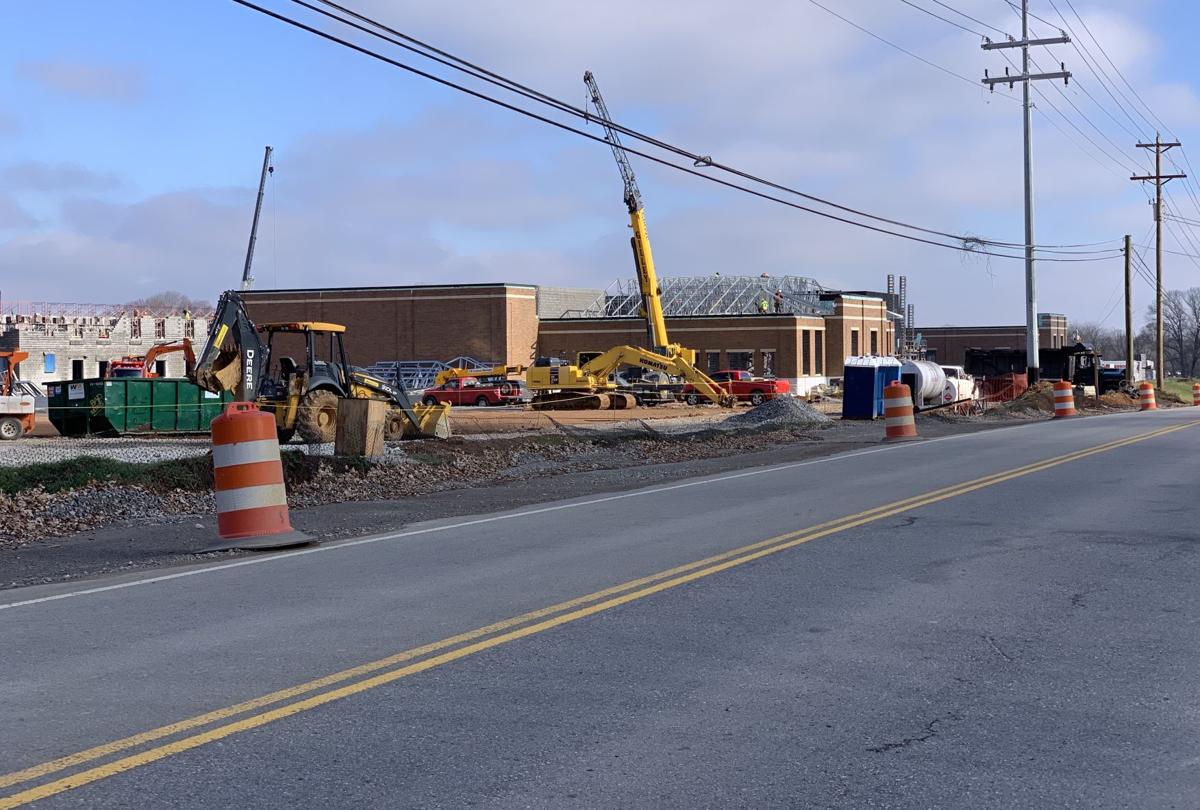 Construction progress at the currently unnamed middle school on Henpeck Lane in Franklin, next to Oak View Elementary. 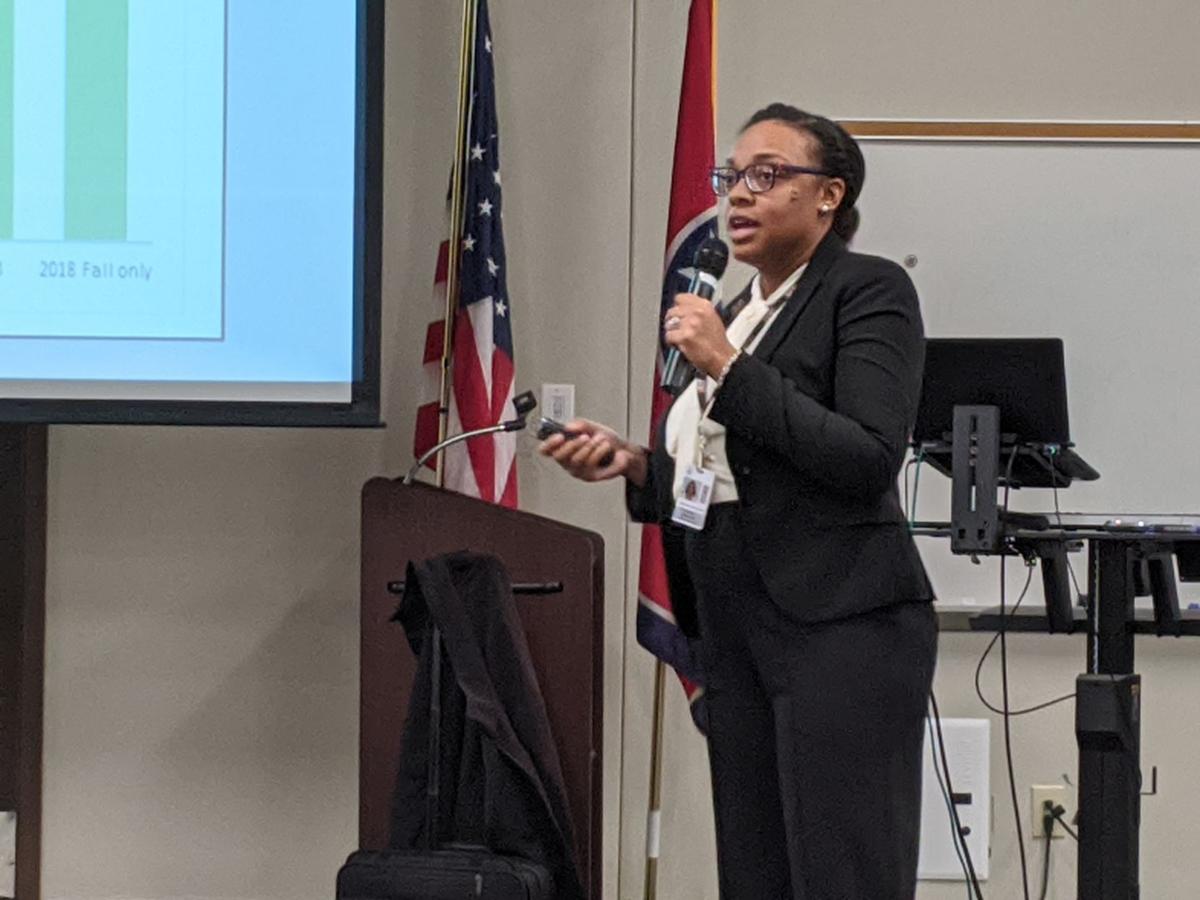 Sheena Dean, an RTI specialist, explained to the school board the concept of the Response to Intervention method implemented in WCS classrooms.

Construction progress at the currently unnamed middle school on Henpeck Lane in Franklin, next to Oak View Elementary.

Sheena Dean, an RTI specialist, explained to the school board the concept of the Response to Intervention method implemented in WCS classrooms.

The new middle school on Henpeck Lane in Franklin is one step closer to having a name, as the Williamson County Schools Board of Education convened for its first work session of the year Thursday to discuss naming options and start-of-year updates.

District 11 board member KC Haugh was the first to express support for Legacy.

The description the committee provided alongside the name explained “Legacy reflects the school’s goal to build and leave a strong legacy for the future of the school, community and district,” and it plays on the two abstract “big idea” names of the high schools it feeds into — Independence and Centennial.

Haugh also said there has been discussion that the name Oak View excludes certain parts of the school’s population. District 2 board member Dan Cash explained there has been “a lot of energy” around the names Legacy and Oak View from the naming committee, while District 12 board member and Vice Chairman Nancy Garrett said one name is aspirational, one is locational.

The board also heard a presentation from Sheena Dean, the district’s K–12 Response to Intervention Specialist. She walked the board through the concept of RTI, which came about in 2004 with the Individuals with Disabilities Education Improvement Act.

RTI represents a shift from a “wait to fail” model of teaching to a more proactive approach, where students are assessed on core skills and placed in a tier to determine the level of intervention they need to bring them up to grade level.

“We assumed that, if a student had a normal IQ, then they would perform at grade level academically in the core in the classroom,” Dean said. “So, what was happening is, if a student did begin to fail or wasn’t making appropriate progress in the core, then we assumed that there must be a learning disability. … One of the cons to this was that we weren’t able to discover those students until later on, until maybe they got into third grade, because of the rigor of the curriculum.”

WCS implemented RTI in 2013 and has seen a more than 36% decrease in specific learning disabilities districtwide with an incremental decrease each year even in spite of the district’s growth. Dean also shared a graph showing while the number of mild disabilities in the district has dropped significantly, the number of severe disabilities has increased, though this is not understood to be related to RTI in any way.

Mark Samuels, assistant superintendent of operations, reported the district is making “slow gains” in the transportation department. He said they now have 237 drivers for 236 routes, which would be enough if not for drivers having sick days. He said there are some drivers currently in training.

Superintendent Jason Golden addressed a recent concern brought up at this month’s county commission meeting concerning students standing on buses. He clarified that if students are standing on buses, this is not due to the vehicles being over capacity, but due to kids not sitting down before the bus takes off. Golden explained this will just take more reinforcement by bus drivers to ensure each passenger takes a seat before they drive to the next stop.

Golden added nursing subs and food service workers are also notoriously challenging spots to fill, and District 3 board member Eliot Mitchell suggested coming up with a plan to recruit these workers. Vickie Hall, assistant superintendent of human resources, said job fairs have been successful in the past.

The board heard an update on open construction projects with their expected completion dates. The east central middle school will finish around June 28, the Independence High School addition will be complete by Feb. 6 and the Franklin High athletic building renovations will wrap up by Sept. 30.

Additionally, Creekside Elementary will finish construction on Jan. 15, just in time for students to start at the new school the next week. Page Middle and Page High have also just begun phase two of their additions, which have projected completion dates on March 8, 2021 and April 30, 2021, respectively.

The school board will vote on resolutions, including the new name of the east central middle school, at its meeting Tuesday, Jan. 21 at 6:30 p.m. in the Williamson County Administrative Complex.