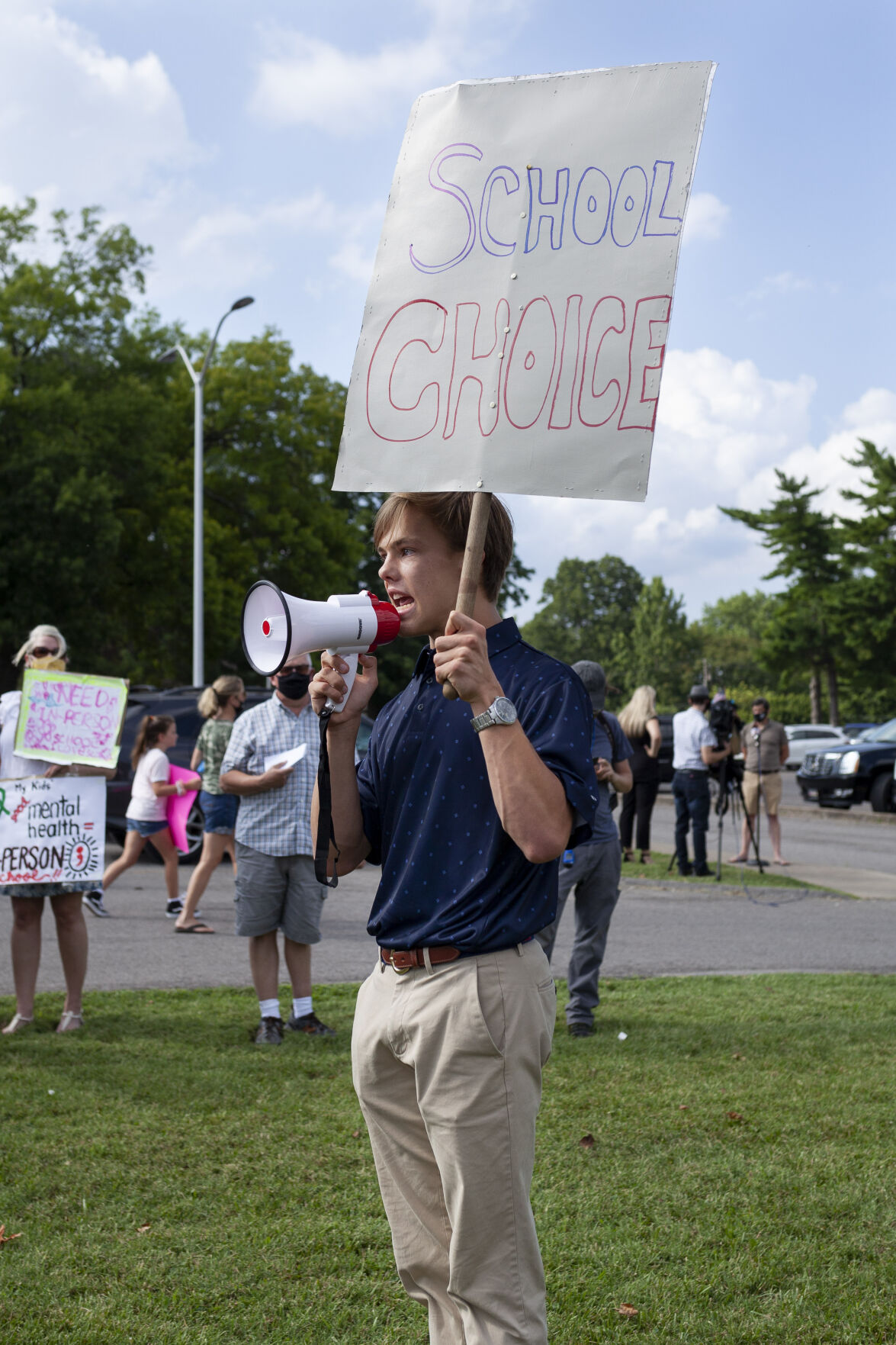 Jack Bratten, 17, speaks Tuesday afternoon at the Williamson County Administrative Complex about his desire to return to school for in-person learning during his senior year at Nolensville High School. 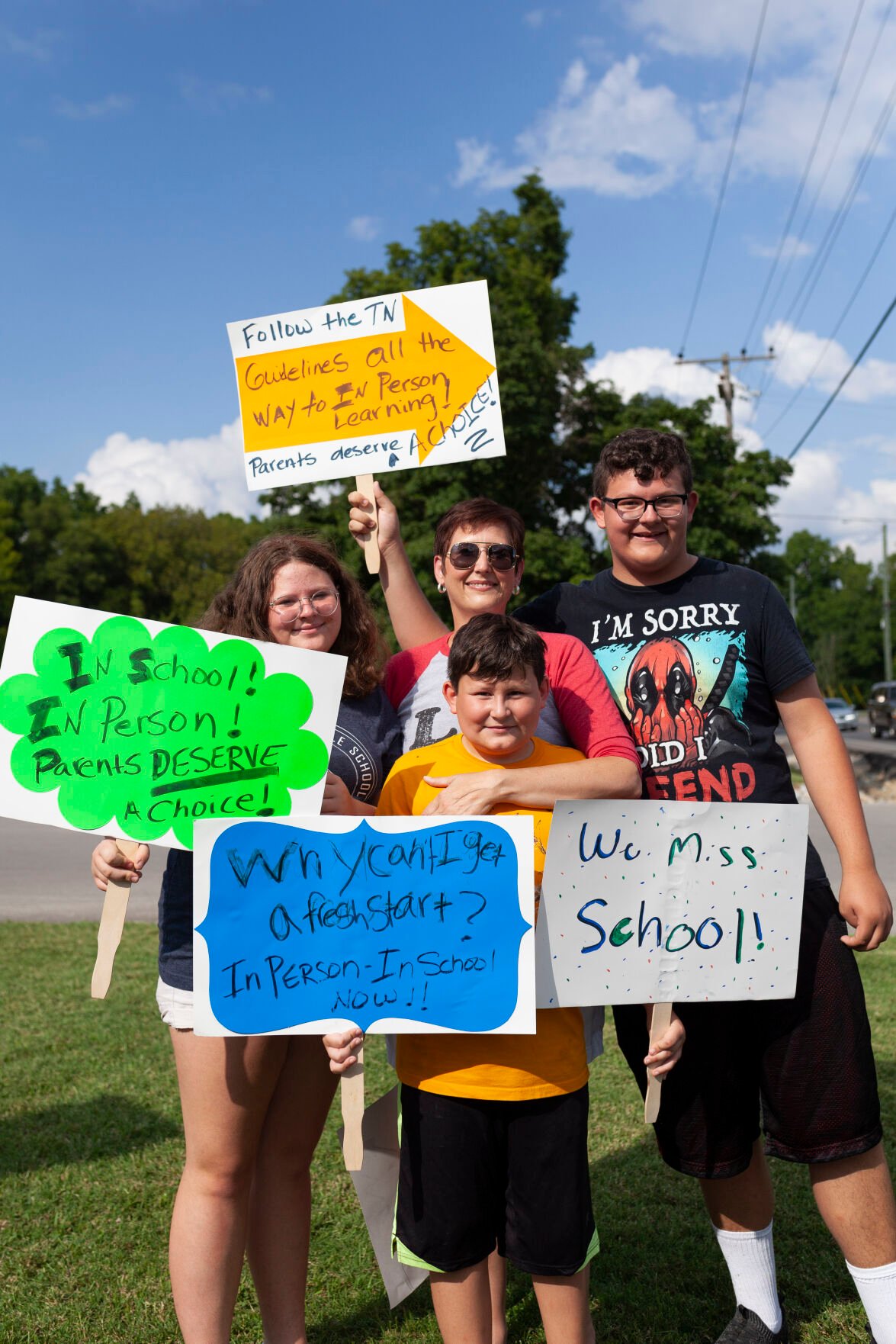 Kelly Jackson of Nolensville stands with her three children at a back-to-school protest in Franklin on Tuesday.

Jack Bratten, 17, speaks Tuesday afternoon at the Williamson County Administrative Complex about his desire to return to school for in-person learning during his senior year at Nolensville High School.

Kelly Jackson of Nolensville stands with her three children at a back-to-school protest in Franklin on Tuesday.

With most Williamson County students set to return to school via online learning at week’s end, a group of local parents are ready for in-person classes to resume.

A group of about 75 parents and students gathered outside the Williamson County Administrative Complex Tuesday afternoon to protest the school district's reopening plans amidst the COVID-19 pandemic. 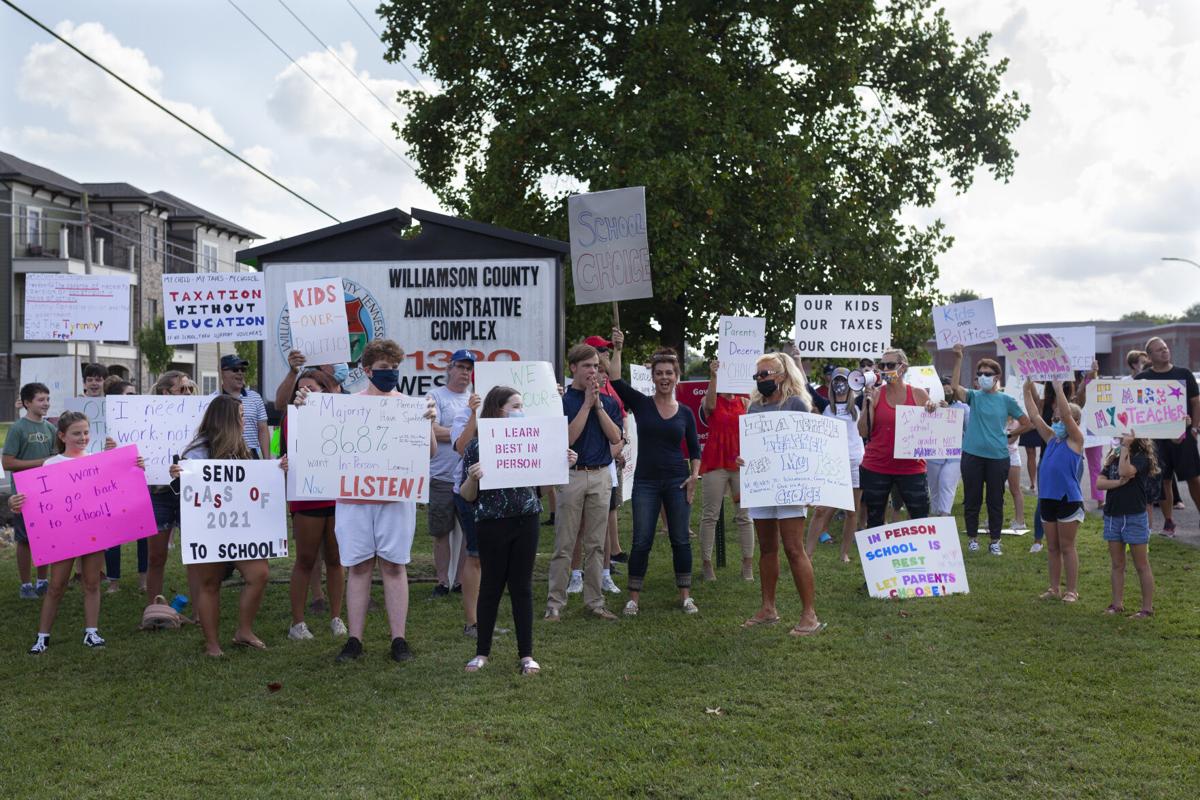 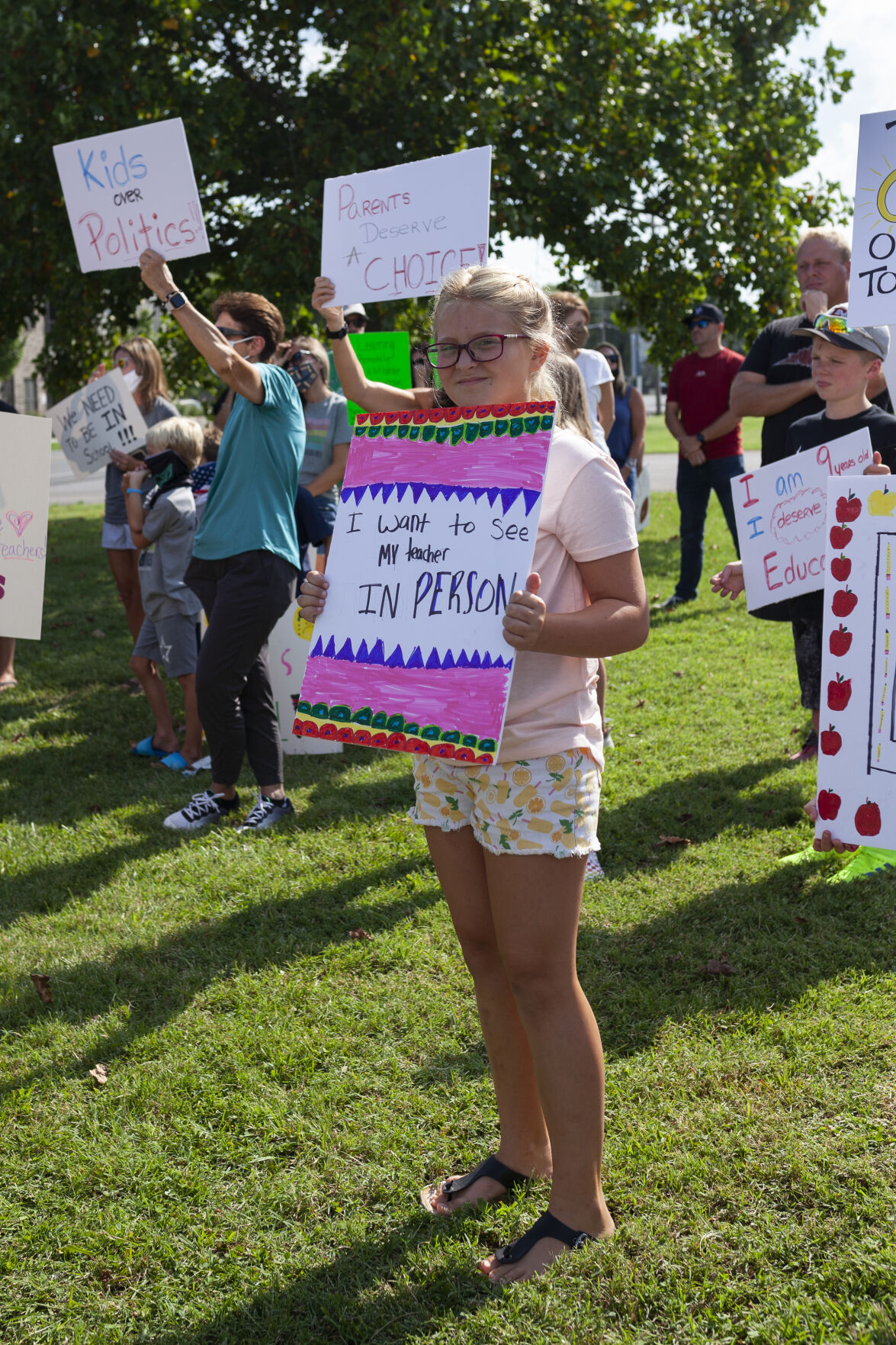 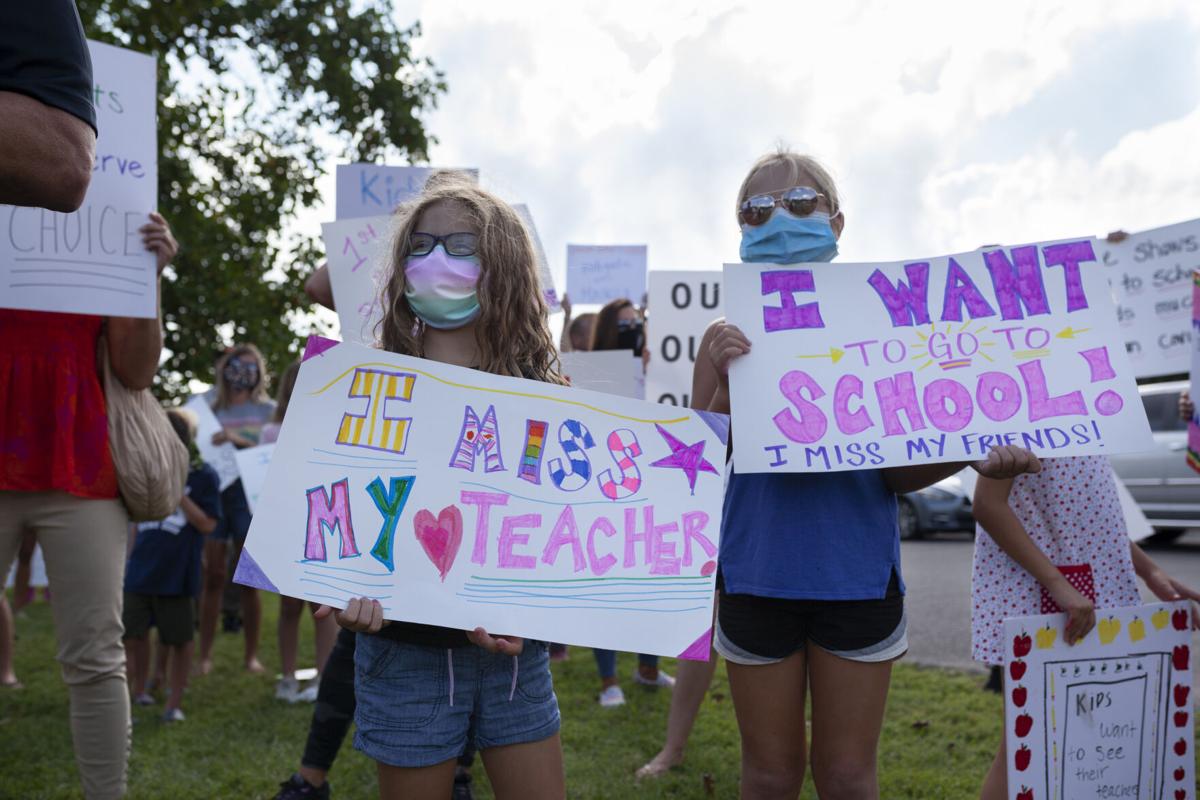 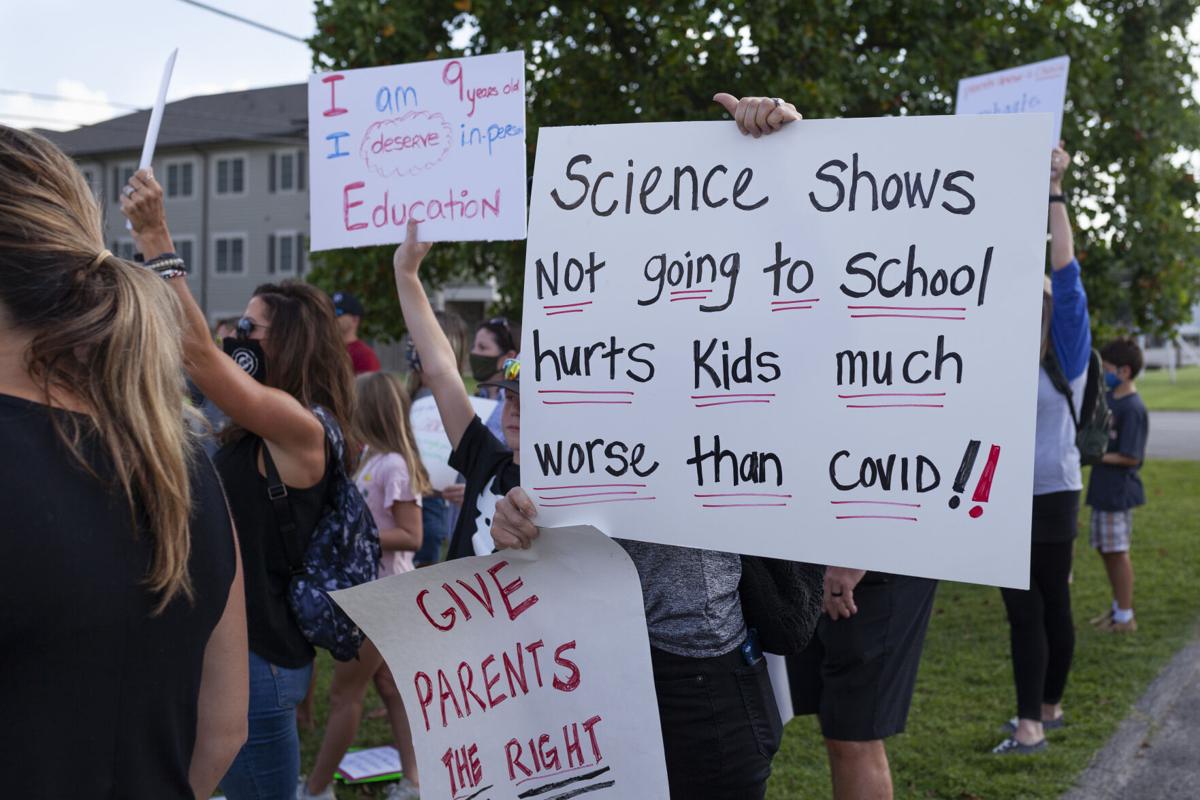 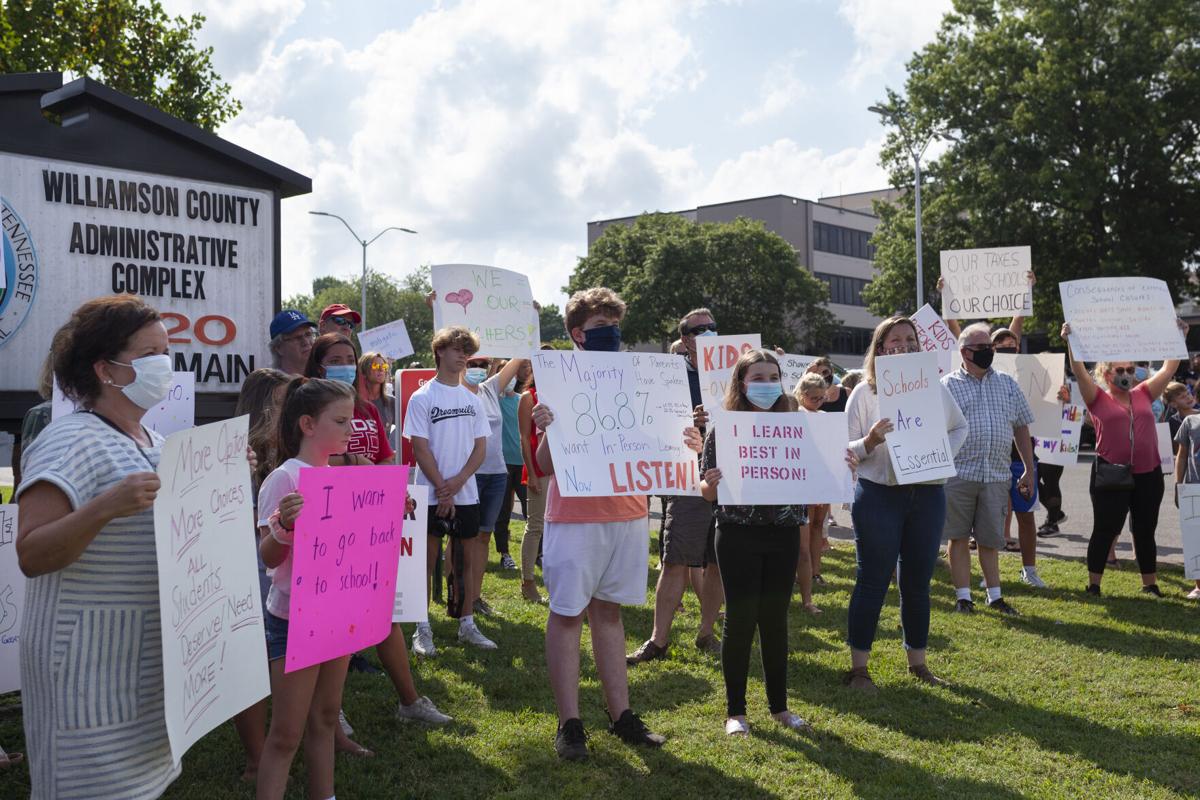 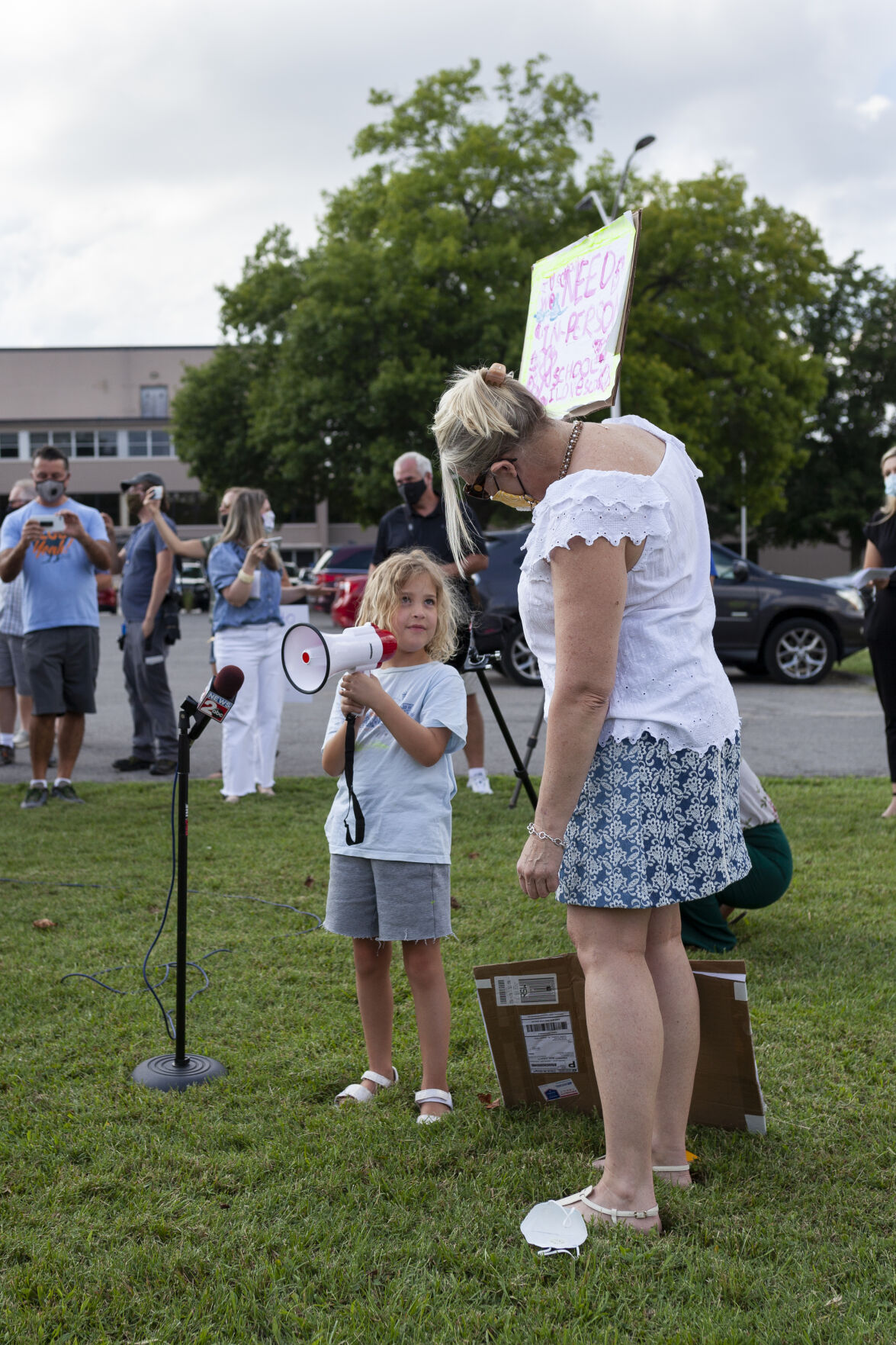 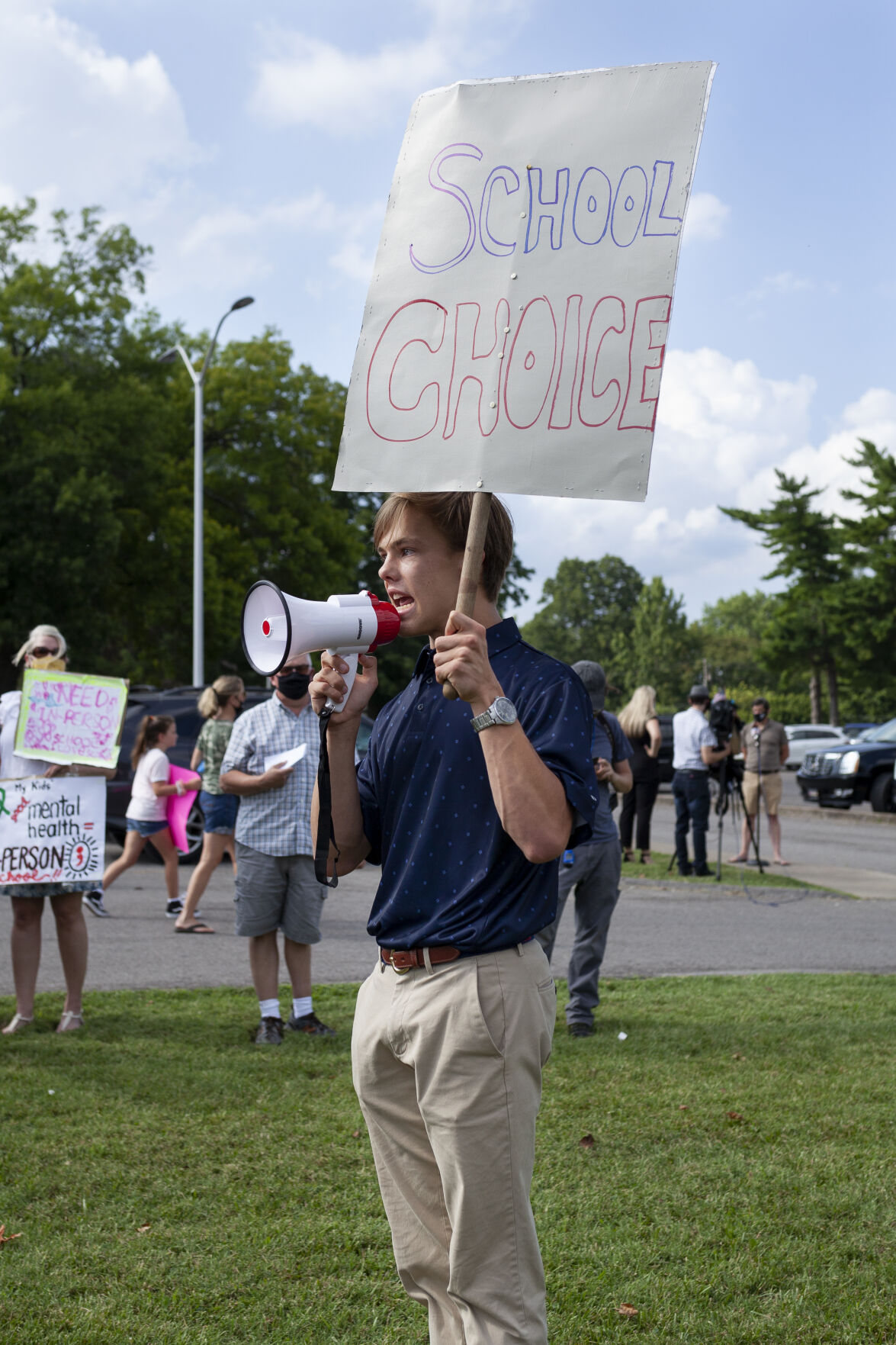 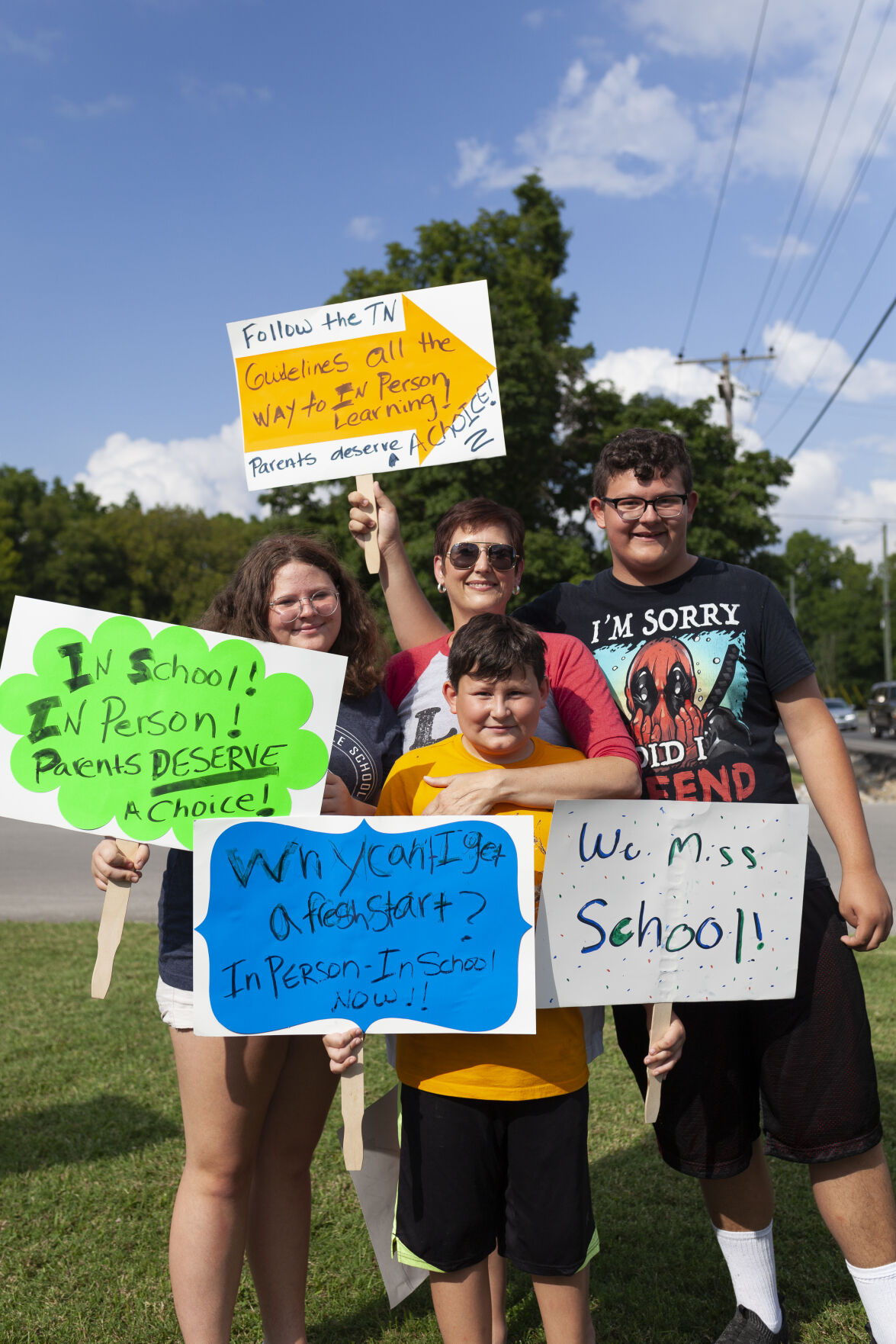 Several parents and students spoke briefly from a microphone outside the building during the 30-minute event labeled a “Back to School Rally.” The event was shared in a private group on Facebook with over 4,000 members.

Students in grades three-12 at Williamson County Schools will return to class remotely for the first two weeks of the year. Early childhood, pre-kindergarten, kindergarten and first and second grade students will be on campus, following social distancing protocols.

As of Aug. 4, the county is at a .52% rate of transmission, a number that peaked in mid-July and has been trending slightly downwards since. Falling below the threshold of .5% would constitute low spread and enable students to return to in-person learning, according to district guidelines.

Jack Bratten, 17, will be a senior at Nolensville High School this fall. He has special learning accommodations and says he learns best through in-person teaching.

“I want to have the choice; I want everybody to have a choice,” he said.

When asked what in-person school would look like during the pandemic, he said masks, differing schedules and social distancing would be likely.

“Things are going to change, for sure,” interjected Reed Jackson, a sophomore at Nolensville. “I would prefer going back to school because I’m really not a social person, and I want to get better at socializing with people.”

Jackson’s sister, Rachel, is going into the eighth grade at Mill Creek Middle School and said she would miss playing percussion in the marching band.

Their mother, Kelly Jackson, said both she and her husband are lucky in that they are able to work from home, but both clock 50-hour work weeks.

“We just honestly don’t know how we’re going to do it,” she said. “I know people who have had to walk away from their jobs so they can stay home and facilitate the learning for their kids.”

For her two high school sons, Kristen Bratten said the difficulties of finding a school plan that works for them isn’t about her and her husband, who own their business and are able to work from home.

“This is about how they learn, and this is also about the whole health of the child,” she said. “But I’m not a teacher. I’m a businessperson.”

Bratten said she believes just as many teachers want to be back as students.

“I don’t feel like any of our teachers want this,” Kelly Jackson said. “Based on what I know, they overwhelmingly want to go back to the classroom.”

During the event, those who spoke pointed to CDC guidelines that support a return to the classroom in the fall, taking into consideration factors like transmission rates and plans to develop contact tracing to control potential spread.

“I think that the superintendent owes us an explanation that is substantive, not just a bunch of gobbledegook that he tries to pass off as an explanation,” Kelly Jackson said, speaking to the crowd. “We want the board to reconsider the framework that he has put in place.”

Jackson and others in the group said they support Gov. Bill Lee’s guidance for reopening schools, “so that we can depend on the fact that when our kids get back into school, they won’t yank them out two weeks later.”

Under Lee’s plan, Tennessee schools will return to in-person learning during the year except in worst-case situations. Metro Nashville schools started Tuesday.

Dean Hill, an independent candidate for Tennessee’s U.S. Senate seat, has seven children in the Franklin Special Schools District and Williamson County Schools, including a child with autism.

“It bothers me that I’m paying taxes on two houses in Williamson County, and that’s all going to the school board. They really need to review all this. The big deal about the taxes is, they need to ask us,” Hill said. “We got told this. They made the decision on their own and they didn’t come to the parents.”

Kelly Jackson urged parents to show up to the next WCS board meeting to “keep the pressure on.”

WCS Communications Director Carol Birdsong shared a statement on the protest and start of school guidelines.

“We understand these are challenging and difficult times for everyone,” the statement read. “We recognize that opinions vary, and we remain hopeful that students who will be starting the year learning remotely will be able to return to campus soon. We encourage our community to continue to follow the mayor’s call for wearing masks and social distancing.”

Birdsong also said the school district will follow the guidance of the Centers for Disease Control and Prevention and the Tennessee Department of Health, which is for children ages 3 and above to wear masks in settings where social distancing is not possible.

Families brace for impact of new school year amidst pandemic

Williamson County Schools and Franklin Special School District students head back to class Friday, but most won’t be on campus.