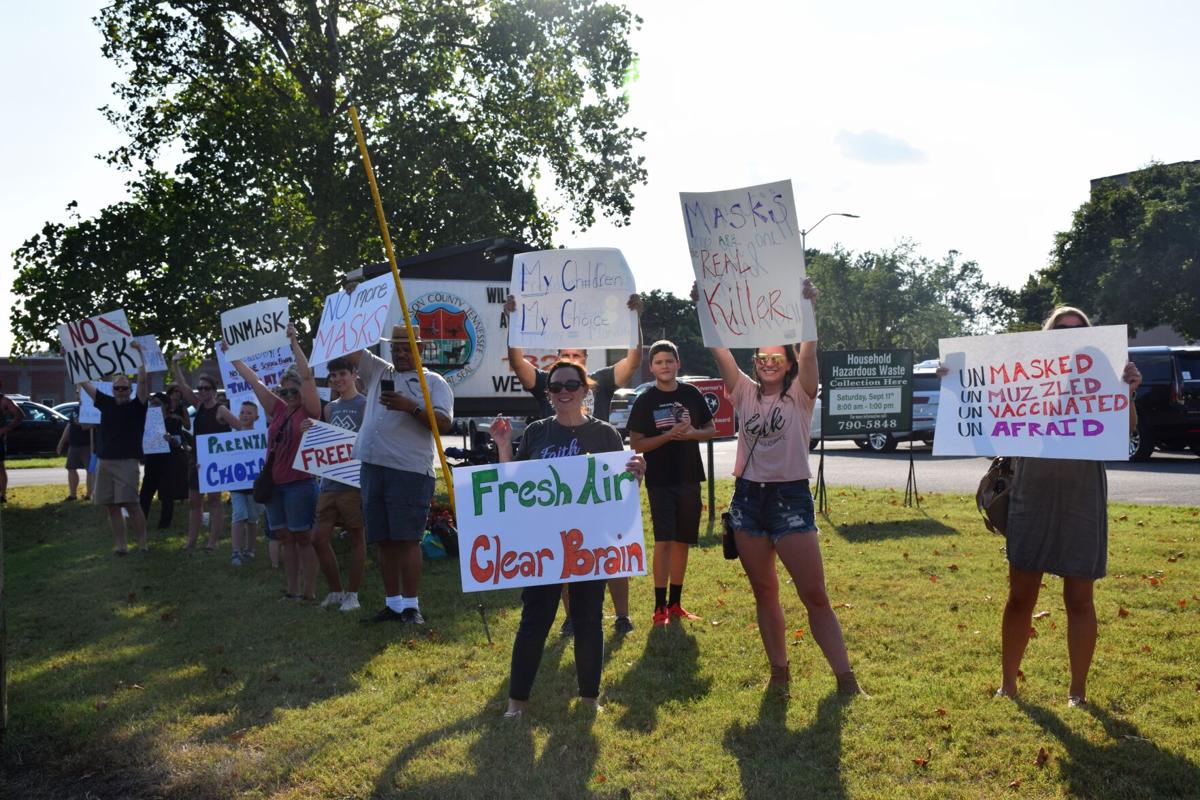 Hundreds of citizens gathered inside and outside a Williamson County Schools Board of Education special-called meeting. 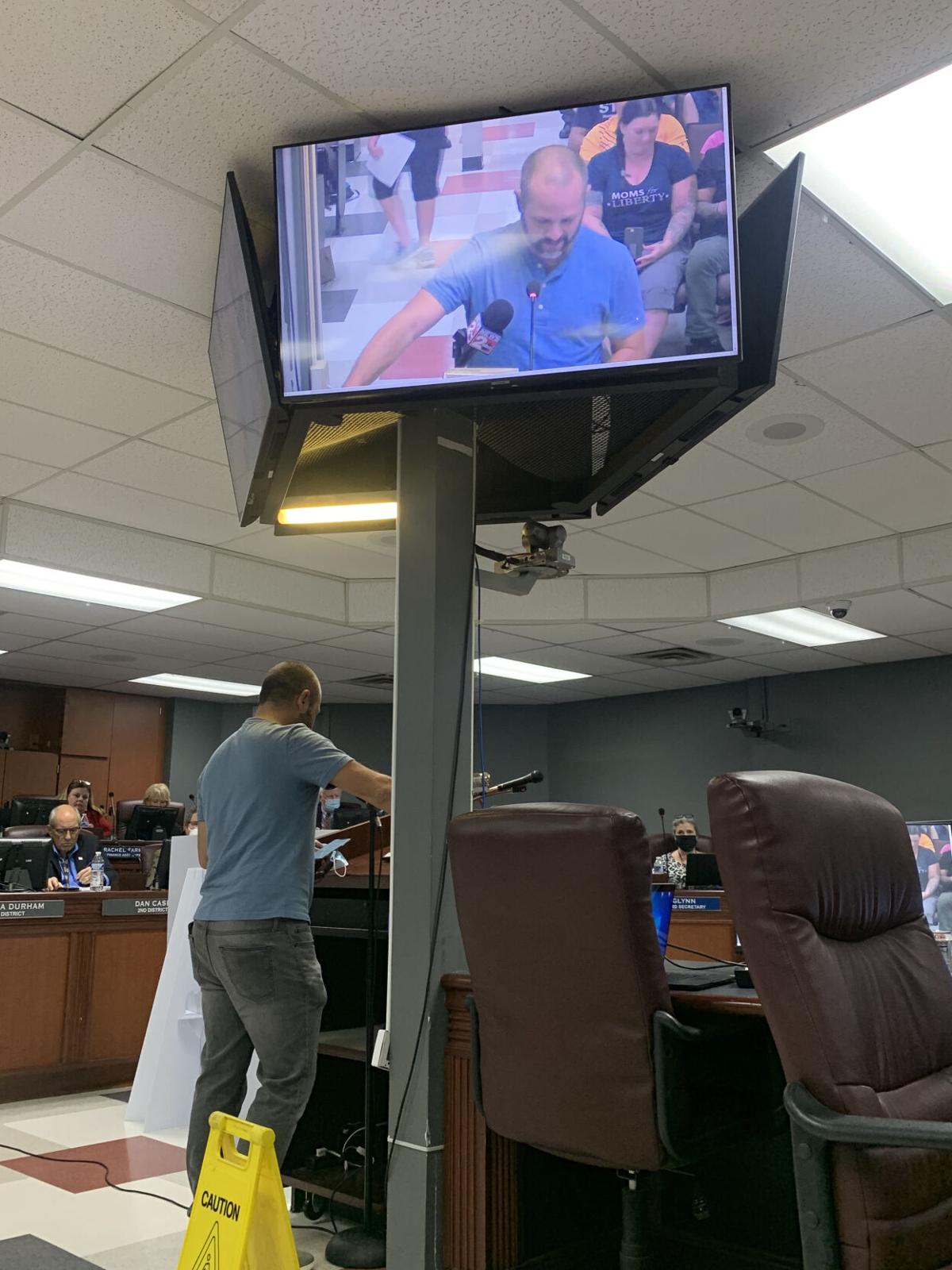 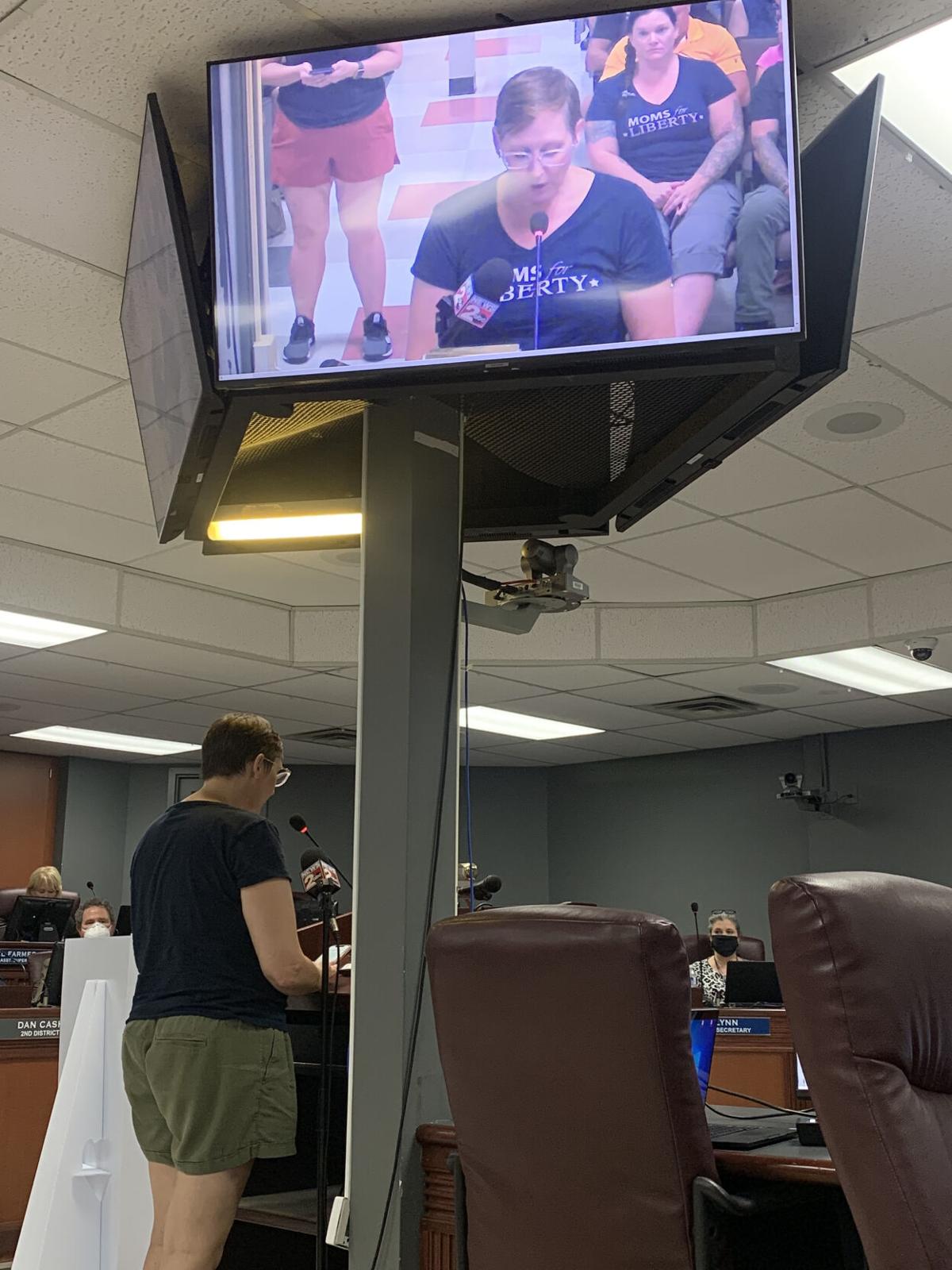 Hundreds of citizens gathered inside and outside a Williamson County Schools Board of Education special-called meeting.

The Williamson County Schools Board of Education expanded its mask mandate Thursday at a special-called meeting to include middle and high schools.

Just as Nancy Garrett, board chair, was about to adjourn the special-called session, the mask mandate became the focus. In the end, the board voted 8-4 to continue the mask mandate for elementary schools and extend it to include middle and high schools. Governor Bill Lee’s recently signed executive order does allow parents to opt their children out of wearing a mask.

After a long discussion on the two items on the scheduled agenda, Jen Aprea, District 5, put forth a resolution to extend the mask mandate for all students K-12. Her concerns were the uptick in both COVID-19 cases and quarantines in the first few weeks of school.

“There are several sixth graders who are 11 years old and do not have a vaccine. This layer of mitigation is something the [Centers for Disease Control and Prevention] supports,” Aprea said. “I have heard from many families who expect us to put this mitigation in place.”

Not all of the other board members agreed the mandate needed to be extended.

“I am not sure a universal mask mandate is needed,” Sheila Cleveland, District 7, said. “We cannot mandate older students to get vaccinated. Pushing remote learning to keep kids educated … we should stay with what we agreed on.”

The special-called meeting was intended to review COVID-19 response strategies.

At the beginning of the meeting, community members were given time for public comment, most of which were against mandating masks in schools.

Superintendent Jason Golden shared an update on the district’s current COVID-19 situation. He also reviewed the changes to the mitigation process, like limiting large crowds, visitors and indoor gatherings, and said one strategy may be the most important.

“Stay home if you are sick,” he said. “Now more than ever, we need parents to do this.”

As of Tuesday, there were 1,773 confirmed active COVID-19 cases in Williamson County, according to the Tennessee Department of Health.

Golden also presented COVID-19 response strategies, including a remote learning resolution that states the school board is a duly elected government body responsible for providing public education to students and families of Williamson County.

COVID-19 cases have greatly increased in the county, and staff and student absences forced Fairview Middle School to close Friday and use one of its 10 allotted inclement weather days for the school year.

The board made the case that having the option of remote instruction through its Continuous Learning Plan (CLP) would help mitigate the strain from increased cases. The following was included in the resolution:

“The Williamson County Board of Education urges Governor Lee to include school operations in the Tennessee State of Emergency to allow school districts to shift to remote instruction if necessary to address the impact of COVID-19 at schools.”

Golden shared that much of the problem so far has been staffing issues.

“We are going to be thoughtful and careful about how we execute this,” Golden said. “We succeeded because of what we did last year, and I am proud of it.”

Fairview Middle School’s use of one of its inclement weather days Friday was also discussed along with the resolution.

Every school in WCS has 10 inclement weather days to use this school year, however, if they use all of these days, the district would have to pay staff more than what was budgeted for.

The goal is to keep students in school unless staff and student numbers make it impossible to stay open, then having the policy in place to allow for online learning.

After much discussion, the resolution passed with a 9-3 vote.

The board also discussed a policy for COVID-19 sick leave that would provide all teachers and full-time employees up to 10 days of paid leave to be utilized if they are required to remain out of work due to a confirmed COVID-19 diagnosis with a positive PCR test result or instructed by a healthcare provider without diagnosis.

Aprea put forth an amendment to include staff exposed to the virus or whose children are sick. The amendment was later withdrawn and will be discussed at the September meeting.

“We have some more questions we need to mull over, debate and discuss in a work setting,” Wimberly said.

Dana Ausbrooks, general counsel for WCS, asked the board to waive the second reading to make the motion go into effect retroactively.

At one point during the meeting, Golden confirmed what everyone in the room already knew.

“We do not know what the future holds,” he said. “We will still be talking about this at our September meeting.”

The school board will meet again for a work session on Sept. 16.

six out of ten smart people.