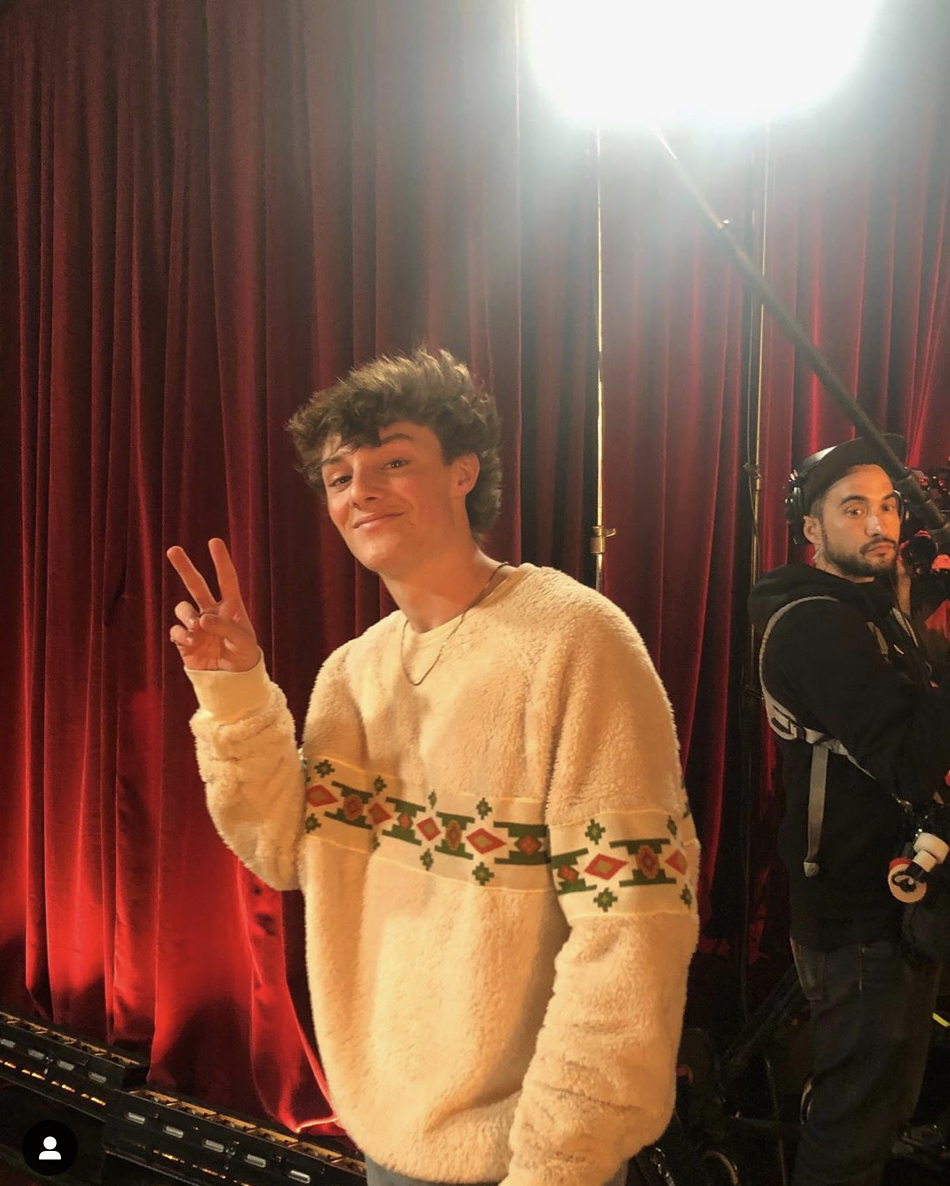 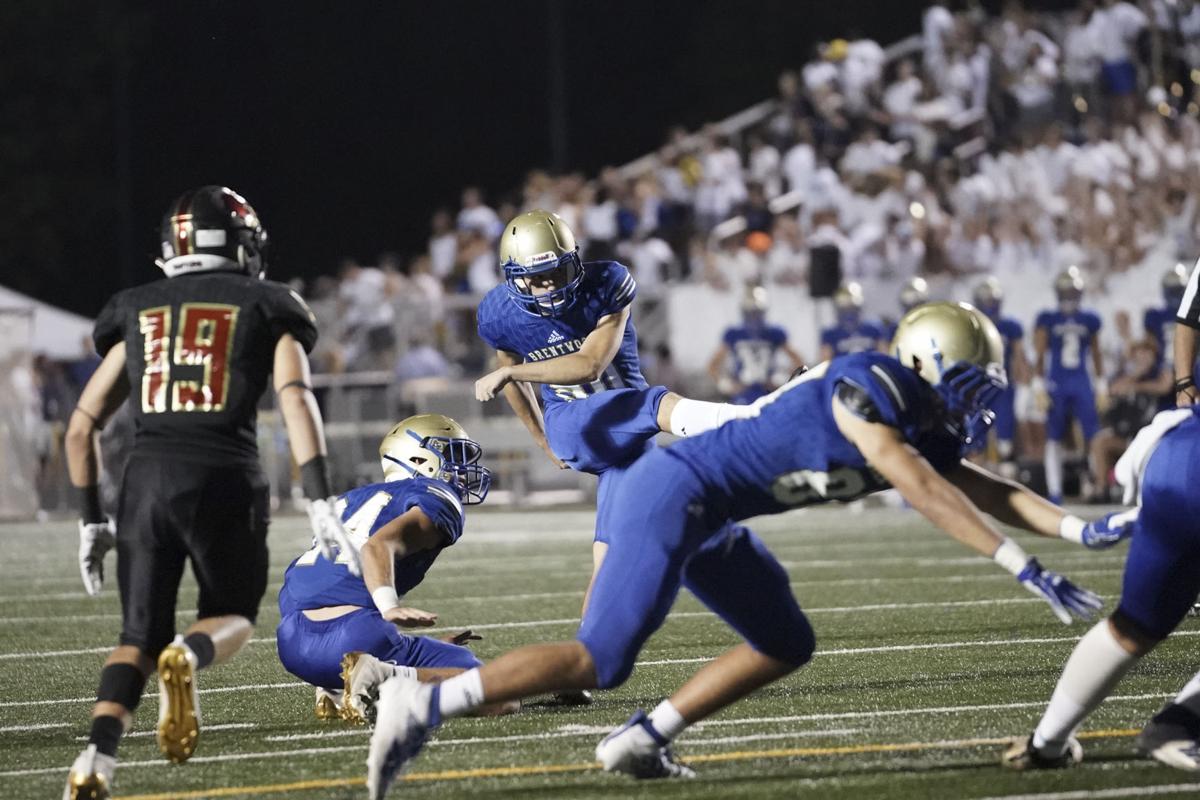 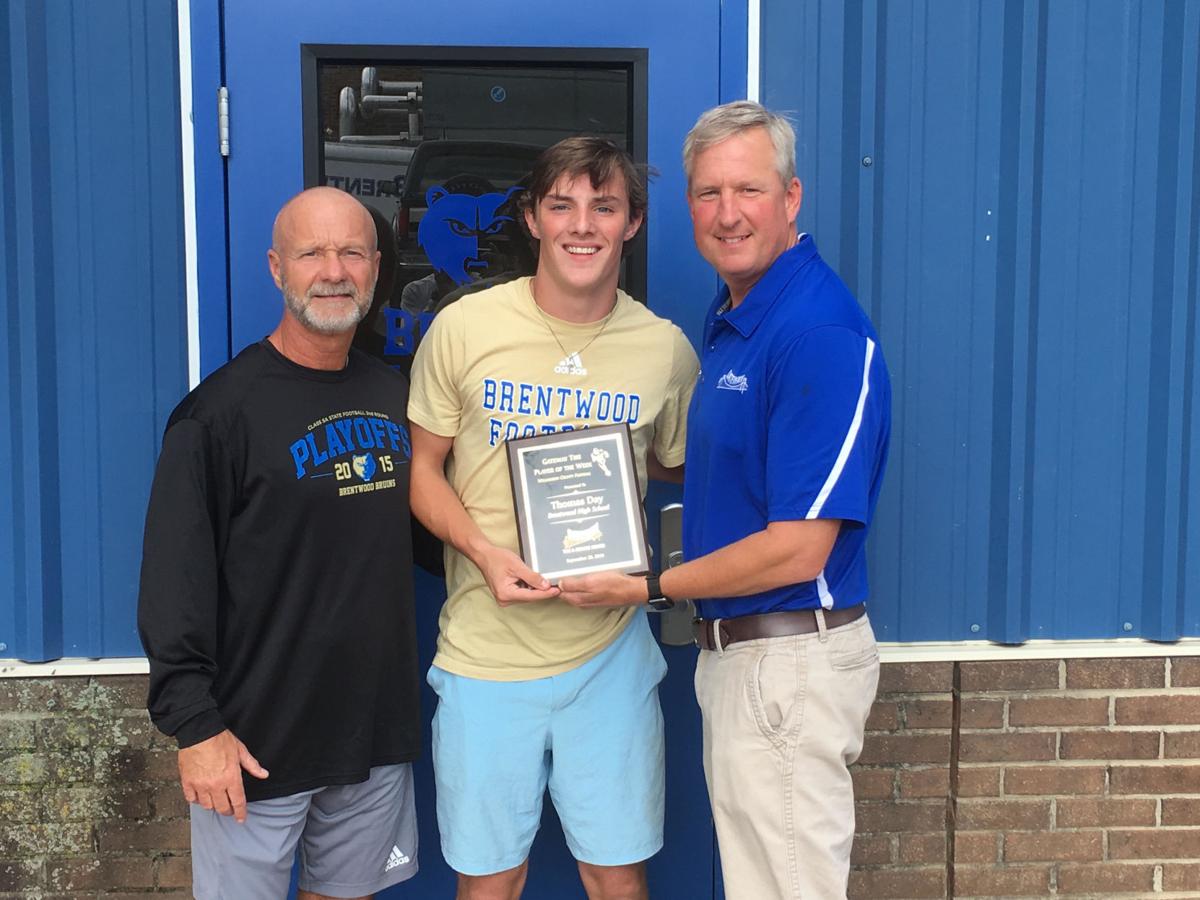 Brentwood High School junior Thomas Day spent Tuesday conditioning with his football coaches and teammates, but later that night he and millions others tuned into NBC for the second episode of the popular TV show America’s Got Talent.

The 17-year-old Bruins football kicker and aspiring singer auditioned for the show several months ago. That audition aired Tuesday night on NBC.

“It was honestly overwhelming to watch,” Day said by phone Wednesday. “I was really nervous watching it and it was just kind of weird to see myself on TV … it’s honestly a dream come true.”

During the workouts Tuesday, the gym was buzzing with the news about Day's audition airing, but Day admitted it didn’t really hit him until he watched himself sing “Break My Heart Again” by Finneas during the 15th season of the network’s most popular summer show.

“Last night, my head was just spinning like crazy,” he said.

Day is now in the running for a $1 million prize after advancing to the next round of judging.

Day earned a large applause from the crowd at the Pasadena Convention Center in Los Angeles after his performance and three “yes” votes to advance. Klum and Vergara both were impressed with Day and were quick to give the 17-year-old singer more positive vibes.

Mandel was the lone dissenter. His comments were met with boos from the crowd when he called the performance “stiff” and said “no” to advancing Day, but Cowell deliberated aloud and ultimately gave Day his third “yes” needed to advance.

“I think it was a really, really good first audition,” Cowell said after the audition. “There are so many songs I can hear you interpreting, so you’ve got your third ‘yes.’”

Day said he was initially intimidated stepping out on stage for the audition in front of the four judges and thousands of fans.

“When you see all those people’s faces and then Simon looked right at me and the other judges as well, it was a lot,” Day said. “I think they were speaking to me, but it was like it was just going in one ear and out the other because I was just trying to take it all in.

“I got comfortable, though. It felt like I was right where I wanted to be. I’m so thankful.”

Last season, AGT was the No. 1 most-watched entertainment program each week it aired, according to the NBC website. AGT was also viewed online more than 3.2 billion times, the website indicated.

Day’s audition has racked up more than 100,000 views across social media in its first hours of release.

The young singer has been performing and posting videos online for about two years. He currently has more than 82,000 followers on his ThomasDayMusic Instagram account.

“I just want kids to pursue their dreams,” he said. “I hope this helps show kids to have the self-confidence to push themselves to do what they want. This is exactly what I’ve been looking for and I’m just excited.”

On the football field, Day has finally been able to join some of his teammates and coaches again as sports are remerging during the COVID-19 pandemic. This week marked the first practice sessions since March for local student-athletes, though heavy restrictions are in place.

"It was nice to be back out there," Day said.

He was named a Gateway Tire Athlete of the Week in September when he connected on four field goals in the Battle of the Woods rivalry game to lead Brentwood to a 25-14 win against Ravenwood.

Day’s older brother, Tucker, who also starred at Brentwood, is a punter at Mississippi State.