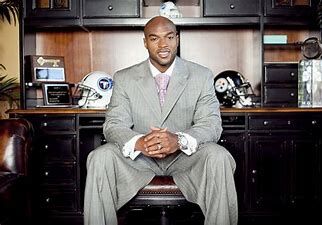 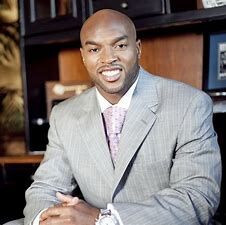 The Steak & Burger Dinner is a time-honored tradition benefitting Boys & Girls Clubs of Middle Tennessee and this year’s event, though virtual, will feature former Tennessee Titan Chris Hope. The 31st annual event will take place Aug. 20 from 6:30 p.m. to 7:30 p.m.

Hope is a retired NFL standout who earned numerous accolades during his 12-year playing career as one of the most elite safeties receiving honors such as All-Pro, being named to the Pro Bowl, and also winning the Super Bowl XL with the Pittsburgh Steelers.

Prior to being drafted by the Steelers, Hope was the epitome of student-athlete while playing for Bobby Bowden at Florida State, where he dominated on the field earning All-ACC and All-American honors and in the classroom as an Academic All-American. He also won a National Championship while playing for the Seminoles.

Following his NFL career, Hope found success in several entrepreneurial ventures and became a published author with his newly released book, "P.R.O.S – Parents Relying on Their Seeds." Hope is happily married to his college sweetheart, Linda, and live in Franklin with their two children, 7-year-old Crislyn and 5-year-old Christopher.

A passionate philanthropist focused on addressing the social and educational needs of underserved communities through his charitable organization – the iCHOPE Charitable Fund — Hope will share his insights and inspiration for youth and adults alike to pursue their dreams through leadership, discipline, and discipline.

The BGCMT will also present the 8th Annual “Ed Moody Award of Excellence” to the Franklin Noon Rotary Club, a longtime partner of BGCMT. Celebrating six decades of service, the Franklin Noon Rotary Club has been instrumental in distributing over $2 million to local charities and programs during its 65-year history, answering Rotary's call to Service Above Self. The “Ed Moody Award of Excellence” honors the revered Williamson County businessman, who helped establish the Franklin Boys & Girls Club in 1989. Moody co-founded Moody's Tire & Auto Service after World War II with his brother, Tom.

This year’s virtual program will stream online so everyone can tune in and celebrate the Great Futures built at BGCMT. Tickets can be purchased at www.BGCMT.org. Individual tickets are $100 each, which includes exclusive access to the program along with a special gift of a curated cookbook featuring steak and burger recipes from some of the most celebrated chefs in Middle Tennessee. While attendees grill up their own masterpieces at home, The Franklin Noon Rotary Club BBQ Society will be treating youth at the Franklin Clubhouse to a one-of-a-kind steak dinner.

All proceeds from the event will benefit BGCMT, whose mission is to enable all young people, especially those who need us the most, to reach their full potential. Top-tier sponsorship levels are still available, including the $10,000 Presenting Sponsor, $7,500 Diamond Sponsor, $5,000 Gold Sponsor, and $2,500 Silver Sponsor. Sponsors receive numerous benefits ranging from various advertisements to personalized gifts and items signed by Hope.

Generous sponsors for the event include: