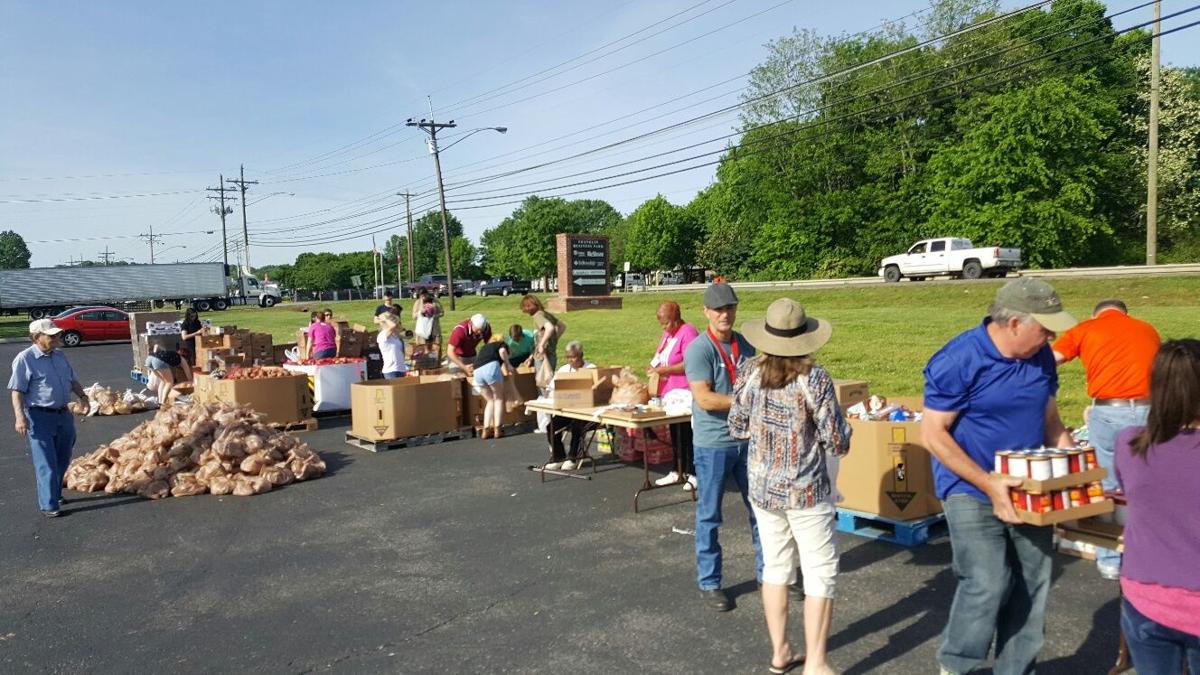 Volunteers ready the food receiving line so recipients are able to get their food quickly. 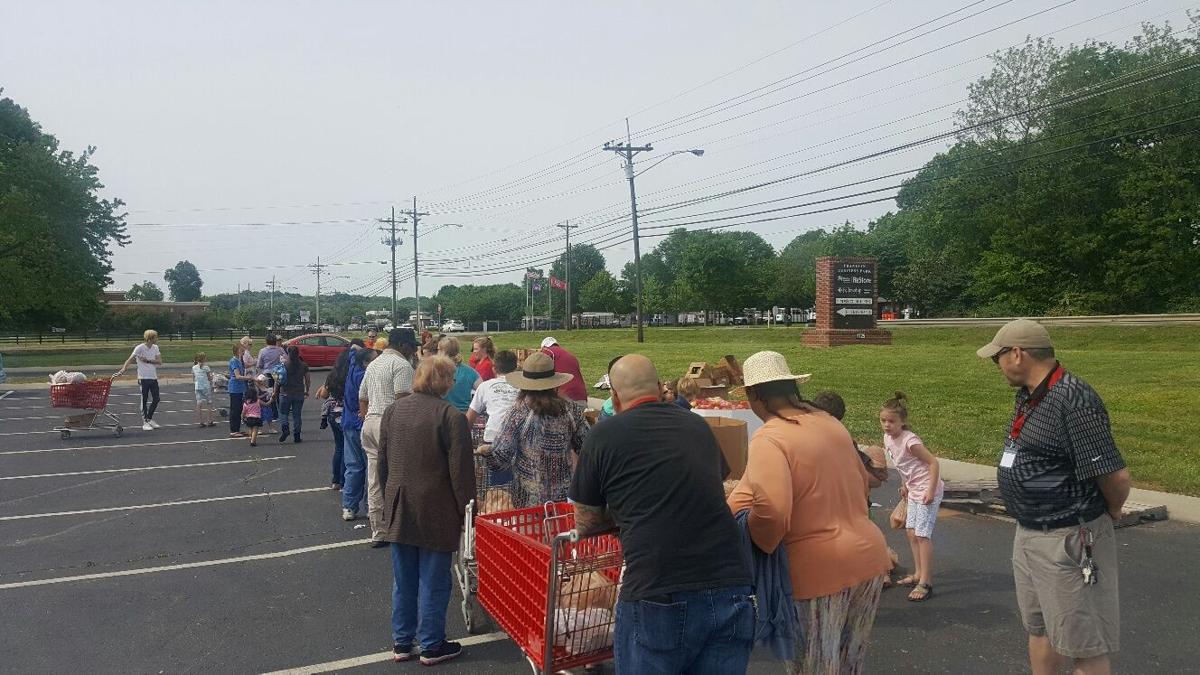 OneGen "friends" wait in line to receive their food. 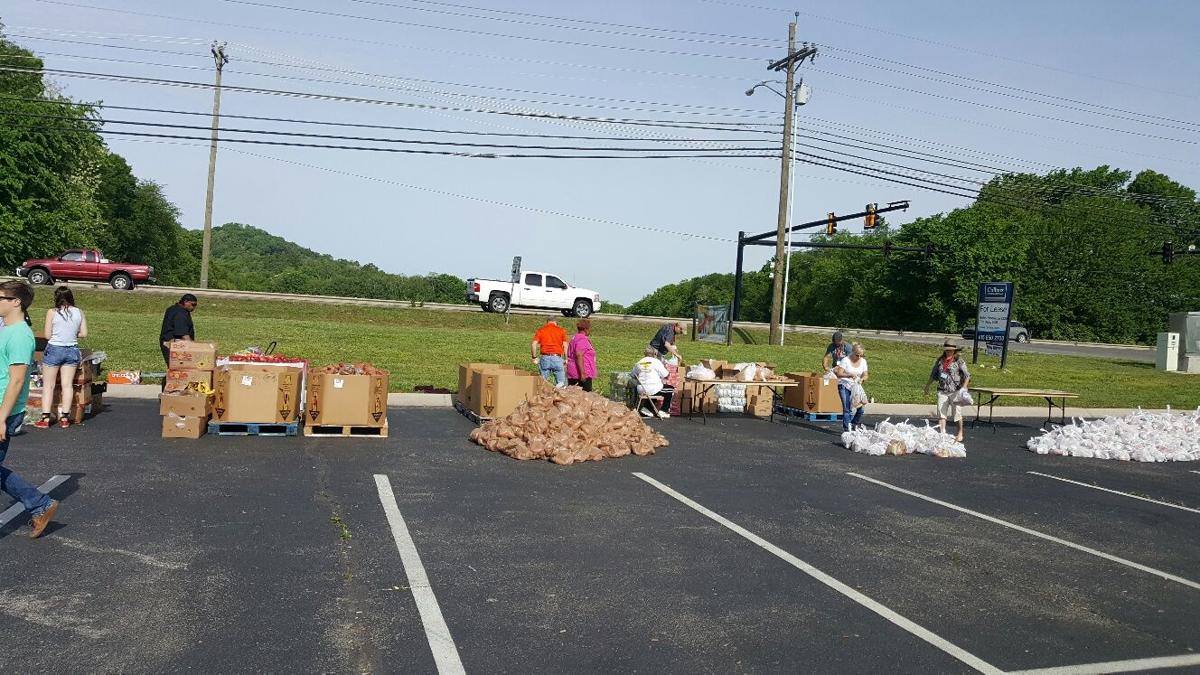 Volunteers efficiently organize food to be given to those in need. 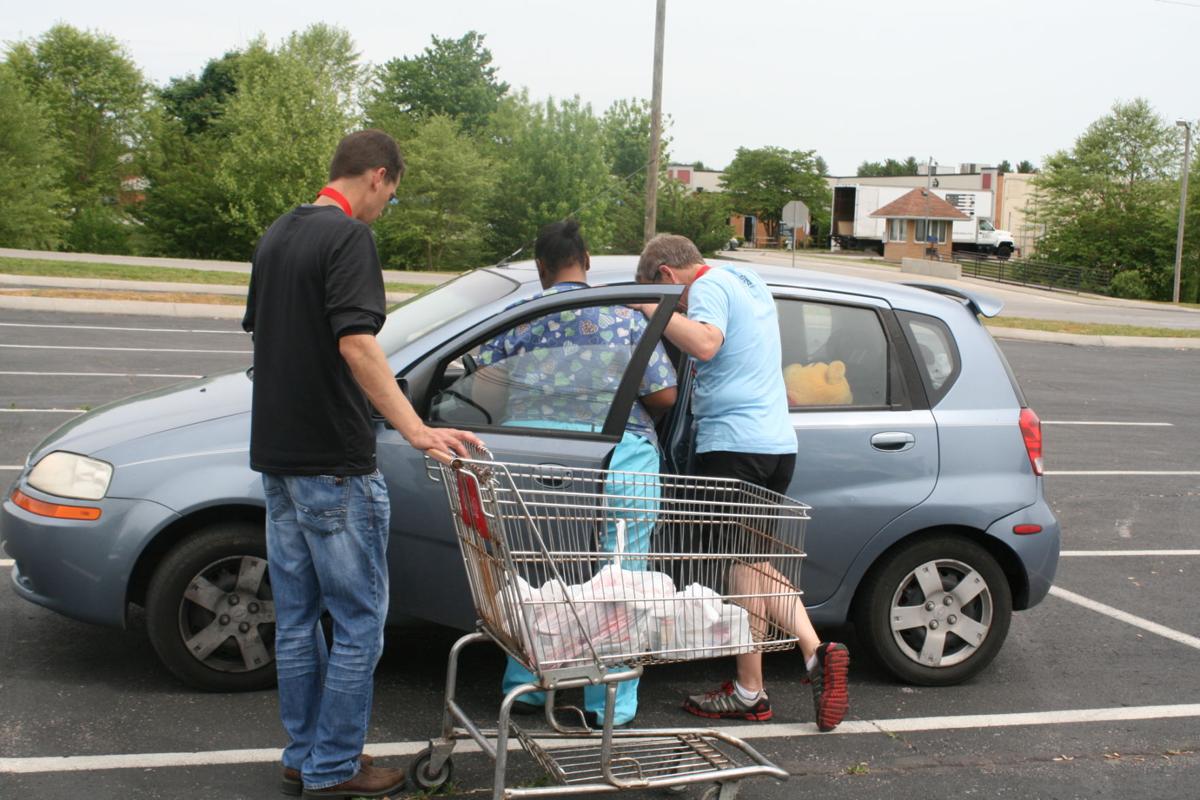 Volunteers ready the food receiving line so recipients are able to get their food quickly.

OneGen "friends" wait in line to receive their food.

Volunteers efficiently organize food to be given to those in need.

Franklin-based organization One Generation Away, or OneGen, has a mission of ending hunger and racism through food distributions and love.

“I believe the church’s responsibility is to help the poor,” OneGen founder Chris Whitney said.

“The church has been mandated by God to feed the poor and to care for the widows and orphans.”

Started five years ago, OneGen holds food distribution events around Middle Tennessee. At each event, a 20,000 pound truck filled with food is unloaded by volunteers and organized into stations. Over the course of a few hours, people in need come and go until every item of food is gone. According to OneGen employee Mandy Cole, the organization will hold 30 distributions in five counties.

“We don’t ask anything of our recipients,” Cole said.

“They don’t need to prove how much money they make to receive food. If someone needs food, we give them food.”

On April 29 at 8 a.m., volunteers began unloading 15,000 pounds of perishable and nonperishable food items in the parking lot beside the Williamson County Parks and Recreation soccer field on Columbia Avenue. The distribution event was 10 a.m.-12 p.m., but by 10:30 a.m., the volunteers were breaking down boxes and containers after hundreds of people loaded the food they needed into their cars.

“People come as soon as we have the food organized, they get what they need, then we break everything down.”

According to Whitney, people come from out of county to each distribution event. At the recent event in Franklin, four families from Lawrenceburg came to receive food.

“People track us on social media to find out where the next event is so they can get food,” Whitney said.

According to Cole, a truck of food costs $2,500. Grants, churches, and businesses help to fund the food for distribution.

“It’s a great opportunity for churches and businesses to become involved,” Cole said.

“It’s a neat mix of people who volunteer.”

According to Whitney, OneGen became a food distribution organization rather than a traditional food bank because of lack of storage space.

“We had such a small church,” Whitney said.

“When God gave me this vision [to start OneGen], there was no space to store food.”

Whitney said OneGen now has a warehouse where they store the food bought from Second Harvest Food Bank and other locations.

Whitney is adamant that the relationship between OneGen and local businesses is vital for helping change lives. According to Whitney, Panera recently donated an eight by eight cooler to OneGen.

One such business that is passionate about helping OneGen has been Designed Conveyor Systems, LLC, a material handling solutions company in Franklin.

“DCS, LLC, is a subsidiary of the Diakonia Group, a Greek word meaning ‘to serve others,’” DCS vice president Steve Sipkovsky said as a volunteer at the recent food distribution.

“At Diakonia and DCS, we have an outreach initiative called ‘Convey Hope’, where we work in teams to serve our communities using the three T’s [which are] time, talent and treasure.”

Sipkovsky became involved with OneGen when his son helped volunteer with his school.

“I came [to volunteer], pushed carts, and fell in love,” Sipkovsky said.

“There’s a need for this organization. I enjoy interacting face to face with recipients. We’re engaging with a different segment of our society.”

“We are grateful for local businesses who have a heart for engaging the community,” Whitney said.

“One in four kids in Middle Tennessee don’t know where their next meal will come from,” Whitney said.

“One in six people are food insecure. Many elderly people who receive food tell us, ‘Now I can buy my medicine.’ They can now use the money they would have used to buy food to buy the medicine they need.”

Instead of referring to those who receive food from OneGen as “recipients,” Whitney refers to them as “friends.”

“I call them friends to help them understand that they’re human,” Whitney said.

“We love them where they’re at. We want to restore their dignity.”

A unique aspect of OneGen is some people receiving food at a distribution event will stay to help volunteer.

“I believe the first step out of poverty is serving someone else,” Whitney said.

After helping load food in a person’s car, volunteers ask the person if there is anything they can pray about.

“We pray with them at their car. It can be a very powerful moment for both the person receiving food and the volunteer leading the prayer,” Whitney said.

According to Whitney, a fundraising breakfast for OneGen will take place in the Parish Hall of the Holy Family Catholic Church on May 12 at 7:30 a.m.-10 a.m.