The Tennessee Department of Education released drafted guidance concerning a new law that prohibits certain concepts in Tennessee curriculum, known to some as the anti-critical-race-theory law.

The guidance outlines the process for filing a complaint regarding Tennessee Code Annotated 49-6-1019, which was passed by the Tennessee General Assembly earlier this year, and is listed on the department’s website as a draft open for public comment for 10 days, through Wednesday, Aug. 11.

About a month ago, the Williamson County chapter of parent group Moms for Liberty filed an 11-page letter of grievance with the state department, claiming that a Civil Rights module within the English language arts curriculum Wit & Wisdom, which is used at Williamson County Schools, is in violation of this new law. It is unclear how the drafted rules regarding the complaint process may impact how this letter is handled.

What does the law prohibit?

The law prohibits several concepts from being “included or promoted” in instructional materials, including the idea that one race or sex is “inherently superior” to another or is “inherently privileged, racist, sexist, or oppressive, whether consciously or unconsciously”; that an individual “bears responsibility for actions committed in the past by other members of the same race or sex”; that an individual should feel discomfort, guilt or other forms of “psychological distress solely because of the individual’s race or sex”; that Tennessee or the United States is “fundamentally or irredeemably racist or sexist” and more.

According to the law, these concepts are not prohibited in instructional materials if they involve the history of an ethnic group, the “impartial discussion of controversial aspects of history” or of “the historical oppression of a particular group of people,” or historical documents permitted by state law.

The guidance does not suggest any specific alterations to the textbook review process, either at the levels of state approval or local adoption. It restates the requirements for local textbook adoption, noting that school districts must create a team of teachers (or teachers and supervisors) and parents who have children currently enrolled in that district to review state-approved textbook options.

“LEAs [local education agencies] are best positioned to choose which textbooks and instructional materials meet the needs of their students, educators, and community,” the guidance states.

Only certain stakeholders can file

A complaint may be filed if instructional materials used within a particular district are believed to be in violation of the new law.

The complainant must file the complaint with the school district in question, which will then review the complaint and make a determination within 60 days.

For 15 days, the decision is appealable to the state education department. In the case of an appeal, the department would assemble a team for review, and the commissioner of education would make a determination within 60 days based on that review.

If allegations against a school or district are substantiated, that school or district must make a “corrective action plan” to become compliant with the law. The guidance further notes that if the state department finds that a district “knowingly violated” the law, it may withhold a portion of the district’s annual state funds — 2% or $1 million (whichever is less) for a first offense up to 10% or $5 million (whichever is less) for a fifth offense and beyond.

However, this process only applies to complaints regarding the alleged teaching of prohibited concepts, not any other curriculum-related complaint.

For general complaints regarding “subject matter or age appropriateness” that do not include prohibited concepts, complaints must be filed with the local school district in question according to its policy. For WCS, that policy is 4.403, “Reconsideration of Instructional Materials and Textbooks.”

This follows a similar internal review process, noting that “no parent, group of parents, or non-school group has the right to determine the 30 instructional materials for students other than their own children.” The policy also states that materials of “sound, factual authority” will not be removed from the schools “because of partisan or doctrinal approval/disapproval.”

WCS currently has a committee reviewing about 30 texts within the Wit & Wisdom curriculum on the request of Moms for Liberty, per the district’s policy 4.403. This review is taking place independent of any response to the group’s letter of grievance submitted to Tennessee Commissioner of Education Penny Schwinn, which only discussed a single module within Wit & Wisdom’s second grade curriculum.

Read the full guidance draft concerning TCA 49-6-1019 below. Visit www.tn.gov/content/tn/education/legal-services/public-notices.html to find out how to make a comment about the guidance. 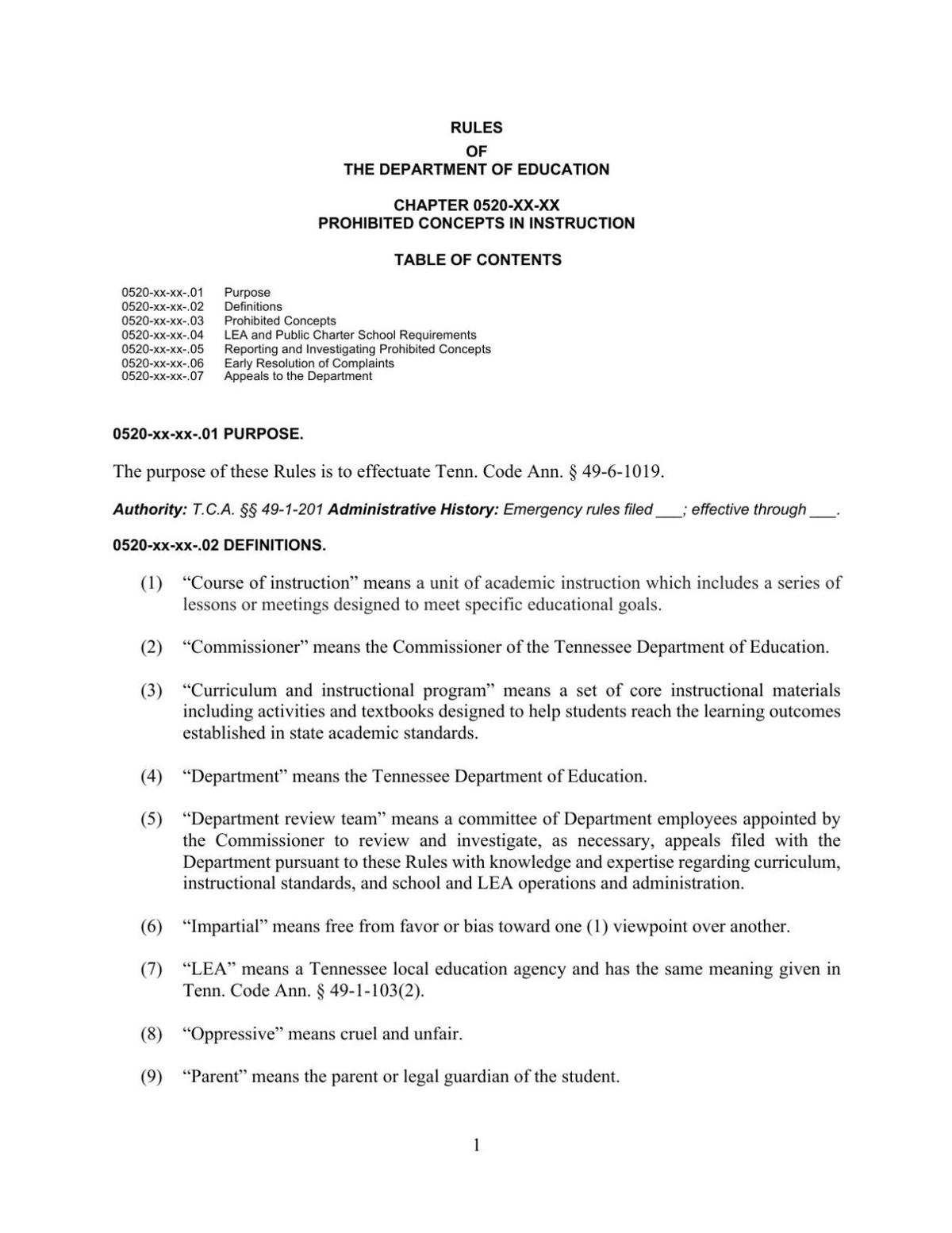