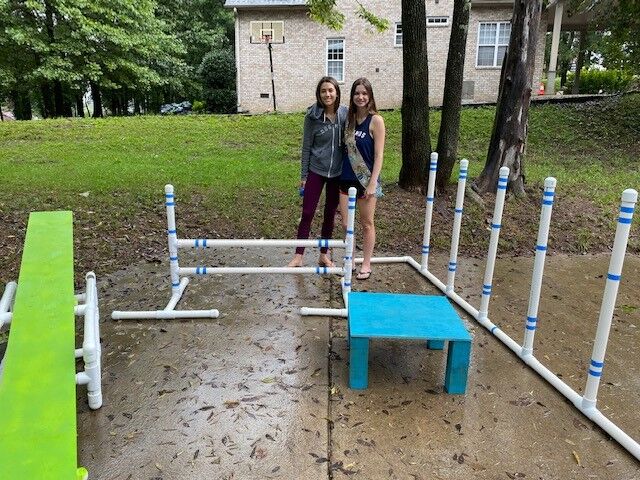 Anna Eason, right, with a Wags & Walks representative at the agility course Eason donated to the organization. 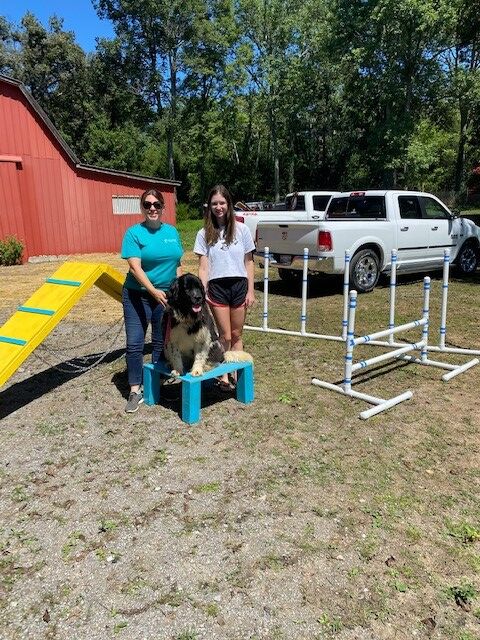 Anna Eason, right, with a Wags & Walks representative at the agility course Eason donated to the organization.

Anna Eason, a senior at Brentwood High School, recently earned a Girl Scouts Gold Award after spending more than 87 hours on her project.

The focus of Eason’s project was on dog physical therapy, mental health and targeting dog owners. She built two agility courses and donated one to Agape Animal Rescue and Wags & Walks of Nashville.

After doing research on animals and dogs Eason, a member of Girl Scouts Troop 899, found that mental health issues were more common than she realized.

“I watched YouTube videos online of how to build. I focused on agility because this keeps an animal healthy,” she said.

An animal lover at heart, Eason has two dogs and three cats. Her college plans include going to nursing school at the University of Tennessee.

Eason joined Girl Scouts in the first grade and said her troop has dwindled to six or seven, however, she feels the experience has been rewarding. For her Silver project, she built a lending library.

“It’s totally been worth staying in Scouts as long as I have because of the experience and the hours I have spent with it,” she said.

Tanya Willis is the executive director of Agape Animal Rescue. She said Eason’s project was a major addition.

“Anna’s project filled a missing piece for us,” Willis said. “The process was seamless, and her attention to detail and even branding with our colors was something she came up with on her own.”

The course includes a paw ramp, jump, see saw and other dog-friendly activities and focuses on the community coaching program.

“This agility course checked a huge box — a whole new level to our dog training course. It made it so easy,” Willis said. “Anna showed us how to assemble, made it so that it could easily be moved and just this past weekend, we began using it with dogs who need confidence, maybe shy or fearful.”

Eason is the daughter of Ronnie and Paula Eason. In addition to Scouts, she is a member of the BHS choir and performs in musicals.