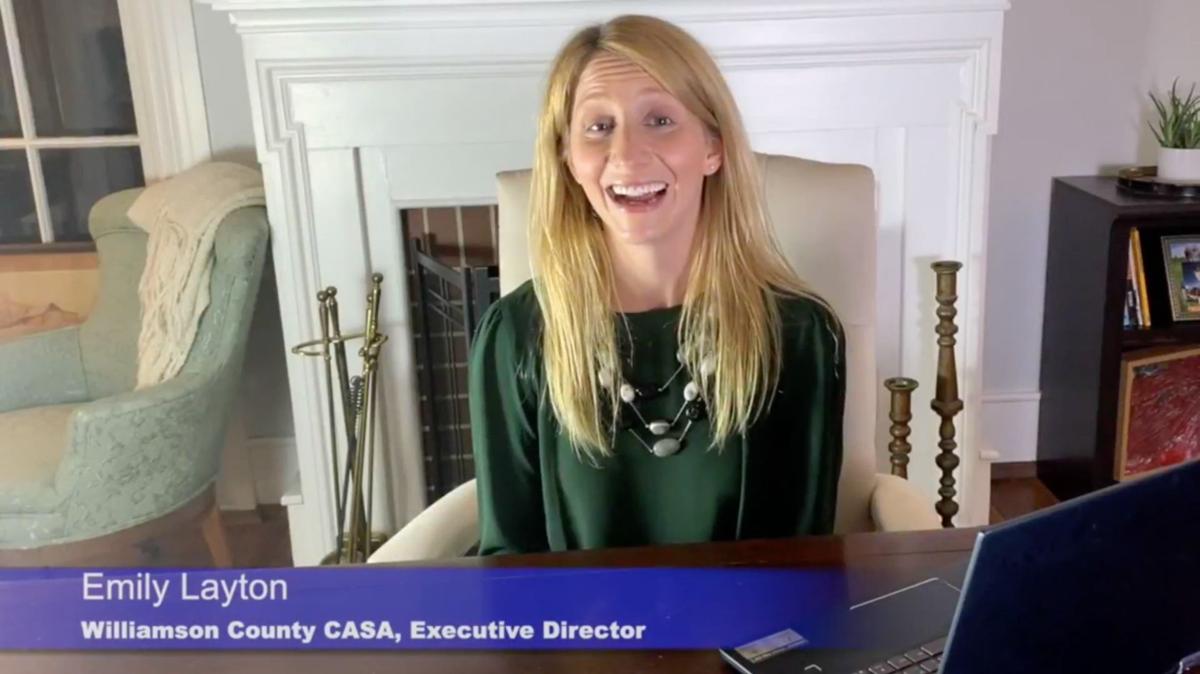 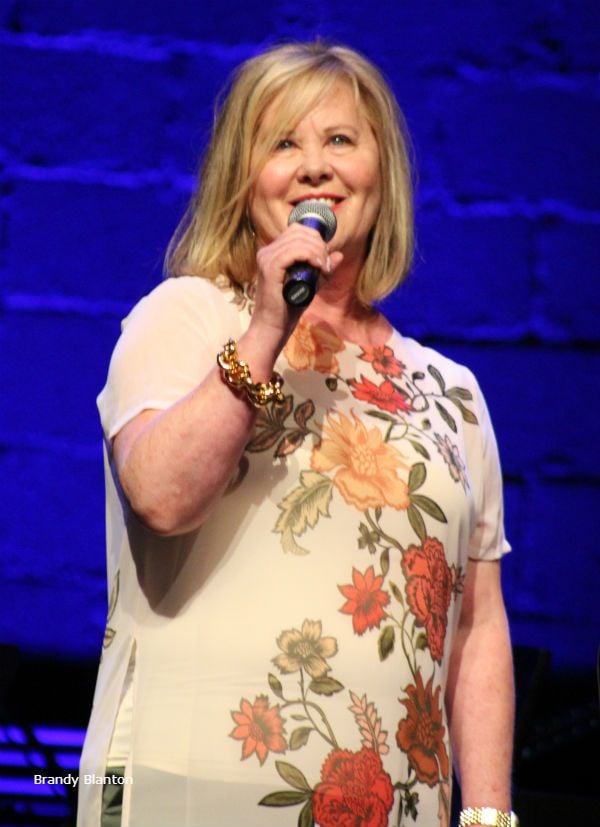 The CASA staff presented the Elizabeth Jewell Outstanding Service Award to Marianne Schroer, the former executive director of the organization.

The CASA staff presented the Elizabeth Jewell Outstanding Service Award to Marianne Schroer, the former executive director of the organization.

Williamson County CASA held its annual fundraiser event, Voices for Children, virtually this year on Facebook Live, allowing viewers to support the organization and the children it serves online.

CASA, which stands for court-appointed special advocates, is a national nonprofit that provides advocates for abused and neglected children and those in foster care. This year, Emily Layton, the executive director of the Williamson County branch, and Emily Dicke, the director of development, hosted a virtual event on Thursday evening at the tail end of a four-day online auction. The event featured Sweet Fever, a Nashville-based band that covered “Help!” by the Beatles, “Tennessee Whiskey” in the style of Chris Stapleton and more.

Dicke said the annual event typically accounts for 30% of the organization’s yearly fundraising, asking viewers to donate by texting “GIVE” to 615-205-7281 or visiting the Williamson County CASA website. She said that, in spite of the misconception that wealthy counties such as Williamson are immune to cases of child abuse and neglect, Williamson County CASA served 452 children in 2019 alone.

“In this time of crisis for the children we serve, home was already a stressful environment,” Layton said. “Now, they’re spending increased hours there. These vulnerable children in our community need a CASA now more than ever.”

Hailey Brooks, who grew up in the foster care system, did not have a CASA volunteer growing up, and she shared through her story how having one could have helped. She said her mother, who also grew up in foster care, was pregnant with her at 16 after already having one child. While Brooks’ mother was pregnant, her father slit her throat, but she and the baby survived.

Brooks’ mother gave her and her sister up, and the two girls were in their grandparents’ care, but life wasn’t better there, either. However, it’s all the girls knew.

“It wasn’t until I grew older that I grew wiser about the life I was living and how it actually wasn’t normal,” Brooks said. “Living in a cockroach infested home with animal feces everywhere was not normal. Going to all my neighbors’ houses with tissues in exchange for money and counting it to make sure they gave me the correct amount was not normal. Holidays full of bruises and scars instead of love was not normal.”

Brooks said, while the Tennessee Department of Children’s Services would check on her, she never told the truth about life at home because she had heard horror stories about foster care from her family.

“Even though I was miserable in the life I was living, I didn’t want to go to the unknown that I heard was even worse,” she said.

Eventually, though, she wrote a letter to DCS, revealing the things that had happened to her.

“If CASA was there that day, it might have went a whole lot different, but for me it made me feel like nobody was going to help me, and I had to help myself,” she said.

She ended up in the foster care system, which she said wasn’t easy either, describing it as “a different version of the hell I was living.” One day, she went to court because her parents’ rights were officially going to be revoked, but her father showed up and fought for her.

“A lot of people questioned me for why I wanted to stay in foster care instead of going back with the person who wanted to fight for me. No one supported me that day, but everybody was supporting him, and it kind of shocked me,” she said. “That was a hard day for me, and I know, because I saw a CASA in that courtroom that day, that if I had a personal CASA my support and that day would have been so much better.”

Today, Brooks is a Belmont nursing graduate and is moving to Texas to become a cardiac nurse.

“I never thought this life was possible for me, and here I am making such a better one, and CASA  — when they step in, they’re doing that for these children,” she said. “Foster care can never be simple. … It’s this ugly, nasty, cruel thing, but it’s also this life saver. It’s hope. It’s a new beginning.”

“There are a lot of people in Williamson County that truly do care about children, but there are only a few people who have a gift — the gift to be able to sit down and connect to a child on a very deep level, where that child feels safe and has the ability to tell you what’s on their heart,” said Zannie Martin, the director of the Williamson County Juvenile Court. “You’ve set that example for so many of us in this field, so congratulations, and thank you for all you’ve done for Williamson County.”

To learn more about Williamson County CASA, including how to donate, visit williamsoncountycasa.org.