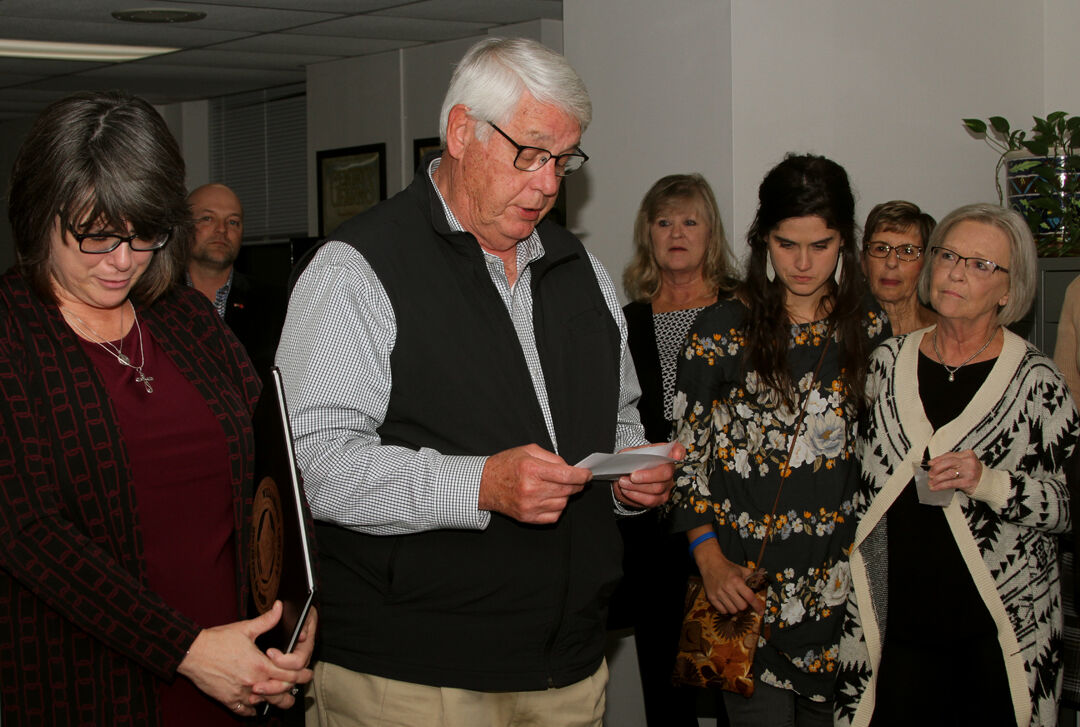 Williamson County Mayor Rogers Anderson reads the text from the plaque on the wall dedicating the office suite as the Sadie Wade Memorial Office Suite. 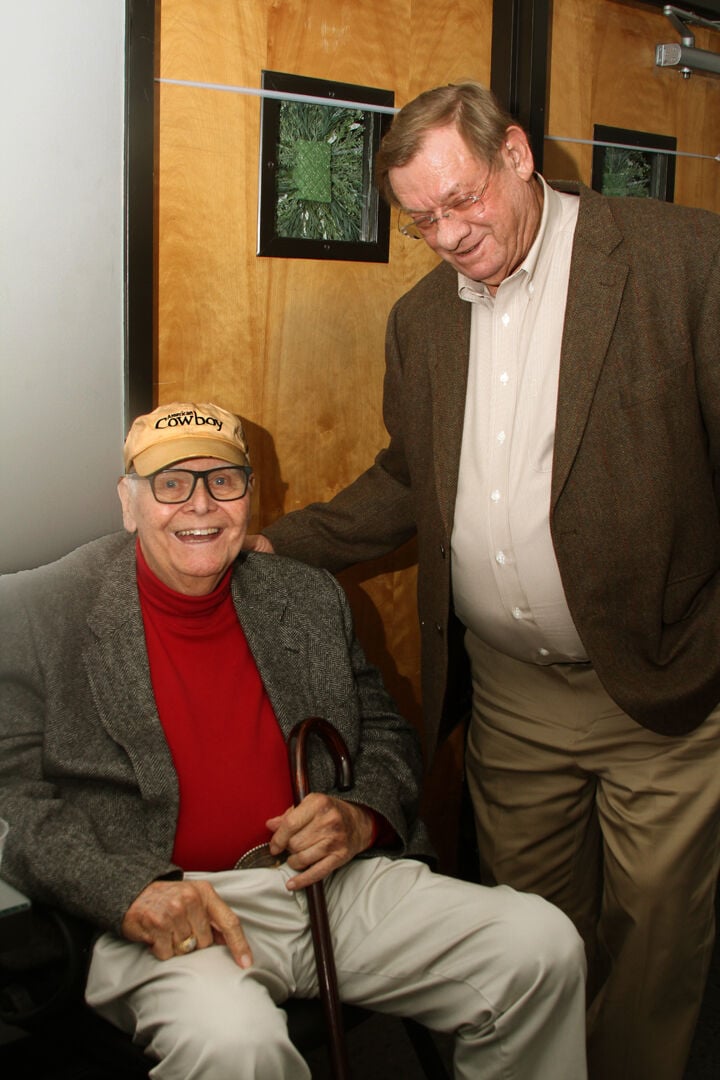 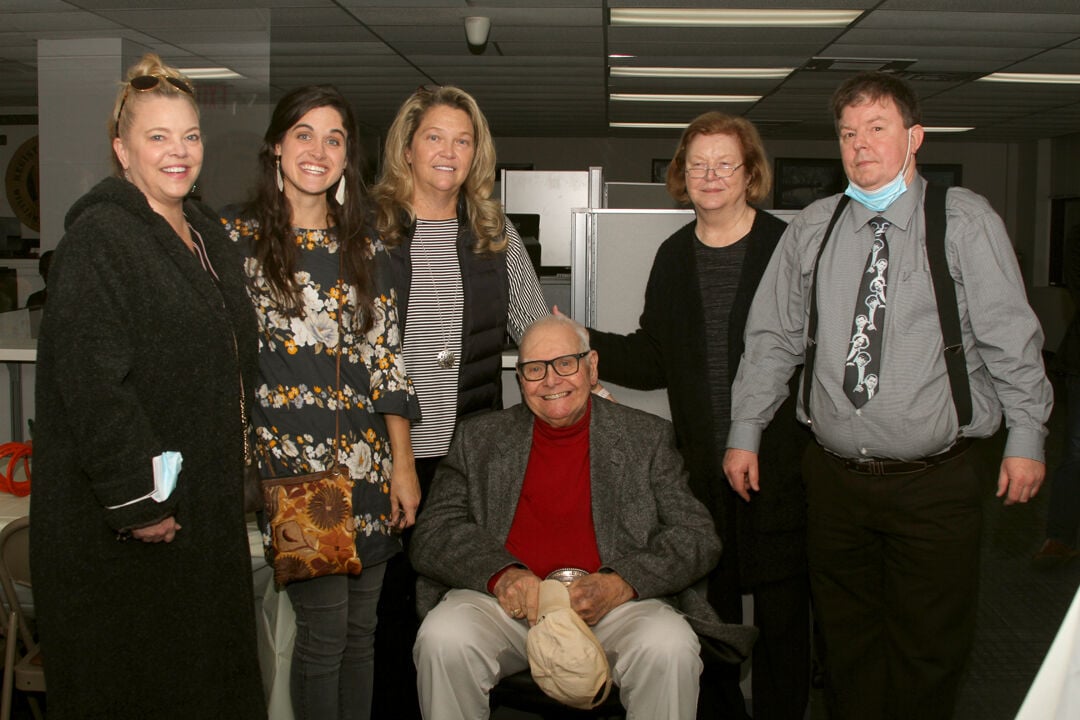 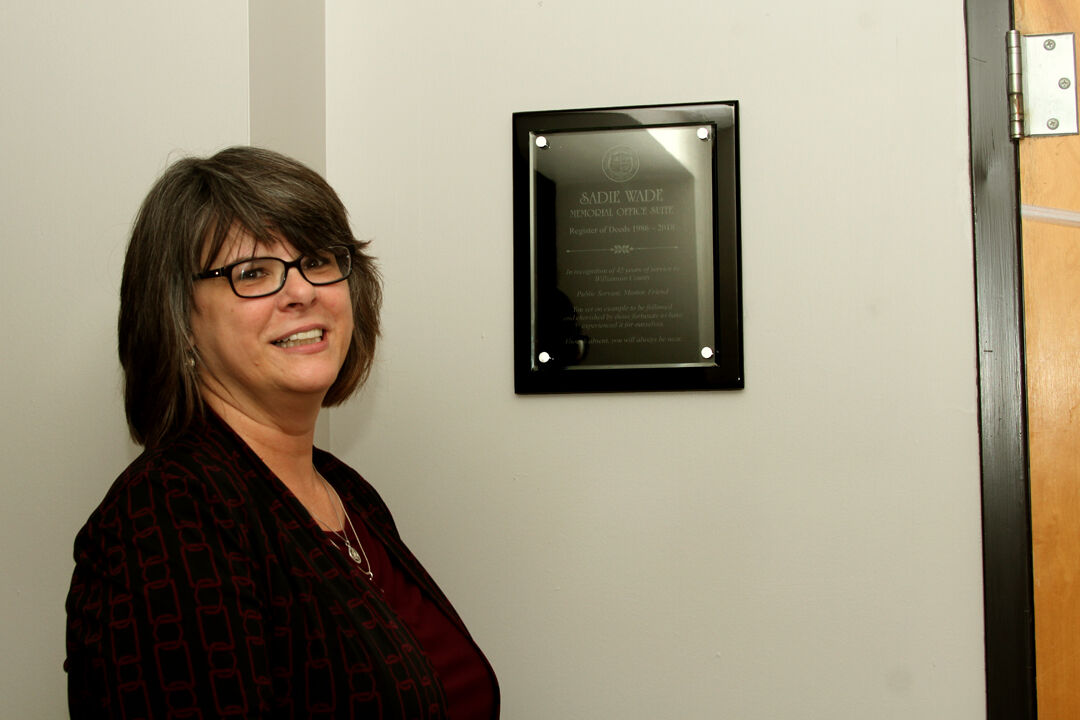 Williamson County Register of Deeds Sherry Anderson stands by the plaque outside the registers office dedicating it the Sadie Wade Memorial Office Suite.

Williamson County Mayor Rogers Anderson reads the text from the plaque on the wall dedicating the office suite as the Sadie Wade Memorial Office Suite.

Williamson County Register of Deeds Sherry Anderson stands by the plaque outside the registers office dedicating it the Sadie Wade Memorial Office Suite.

A viewing room at Williamson Memorial Funeral Home was close to full last week with family, friends and co-workers celebrating and remembering the life of Sara D. “Sadie” Wade, who died on Sept. 12.

Sadie never met a stranger and could talk to anybody. Her smile and genuine laugh were quick to appear and also contagious.

“She had a smile all the time,” said Jeff Long, former Williamson County sheriff and current commissioner of the Tennessee Department of Safety and Homeland Security. He grew up in Paris, Tennessee, following in Sadie’s shadow.

“I knew her all my life,” Long said. “Her cousins were my very good friends. I knew her as Sara Gipson until she met Don [Wade].

“She encouraged us to succeed in all we do. She was a good friend.”

When he moved to Franklin in 1975, Long turned to Sadie for help to learn about his new community.

Sadie wore many hats during her 80 years. The most important were wife to Don for 60 years and mother to their sons Berry Don and Jeff. She was also a mother type to the numerous rodeo ropers who showed up at the Wade’s house to practice their skills.

She proudly wore the Nana hat, the hat of a friend and the hat of a public servant to the residents of Williamson County.

Sadie was a “pillar of the community, and she served the community well,” said Jim Taylor, who officiated Sadie’s celebration of life service.

As the first Republican woman elected to Williamson County office, “she was a trend setter in politics and set the stage for all of us,” Long said.

Only once in her 45 years as Williamson County’s register of deeds did Sadie have another candidate run against her in an election — the first time she ran for the position.

Her dedication, efficiency and example to employees and her ability to provide professional and personal service was the driving force behind dedicating the Register of Deeds Office, located on the second floor of the Williamson County Administrative Complex, as the “Sadie Wade Memorial Office Suite.”

Sadie loved a party, and over the years, folks in the Register of Deeds Office created reasons to have one. When the celebration of life ceremony concluded at the funeral home, it resumed at the office in true fashion with food, family, friends and Sadie’s co-workers. It was Sadie’s last rodeo and an opportunity for those who loved her to remember and celebrate her as a mentor, a leader and a friend, recognize her accomplishments and dedicate the office space.

“There’s a fiber here that runs very long in this hard-working party office,” Williamson County Mayor Rogers Anderson said. “Sadie will never know how much she meant to this community.”

Anderson read the text of the plaque now hanging on a wall by the entrance to the Register of Deeds Office: “Sadie Wade Memorial Office Suite, Register of Deeds, 1986-2018. In recognition of 45 years of service to Williamson County. Public Servant, Mentor, Friend. You set an example to be followed and cherished by those fortunate to have experienced it for ourselves. Though absent, you will always be here.”

Many had a chance during the celebration to peruse a book created for and gifted to Sadie in 2003 during her 30th anniversary in the Register of Deeds Office. Among the photos and comments in the book was a note from her granddaughter, Katy, who was an intern that year.

According to Katy, to be a person worthy of being celebrated, one must be more than hard-working, persistent and intelligent. They must be someone who, “somewhere along the journey have impacted our lives enough that we want to go out of our way to show them what they mean to us. ... You are worth more than just being an amazing boss or Nana. You are genuine, intentional, loving, servant-hearted, generous, determined, humble and kind. For those reasons and a thousand more, we celebrate you.”

Sen. Marsha Blackburn sent a note of condolence to Don Wade that was presented and read during the office celebration.

Blackburn and Sadie were friends for many years. Blackburn was one of many women who benefitted from Sadie breaking the glass ceiling for women in politics.

“[Sadie] was a thoughtful leader, a perennial encourager and a true trailblazer for women in Tennessee,” Blackburn wrote. “Over the years, she grew into a role model for future public servants and gained a reputation for being a savvy navigator of choppy political waters. ... I will always be grateful for her wise counsel and friendship and for the support you both showed to me and my family.”