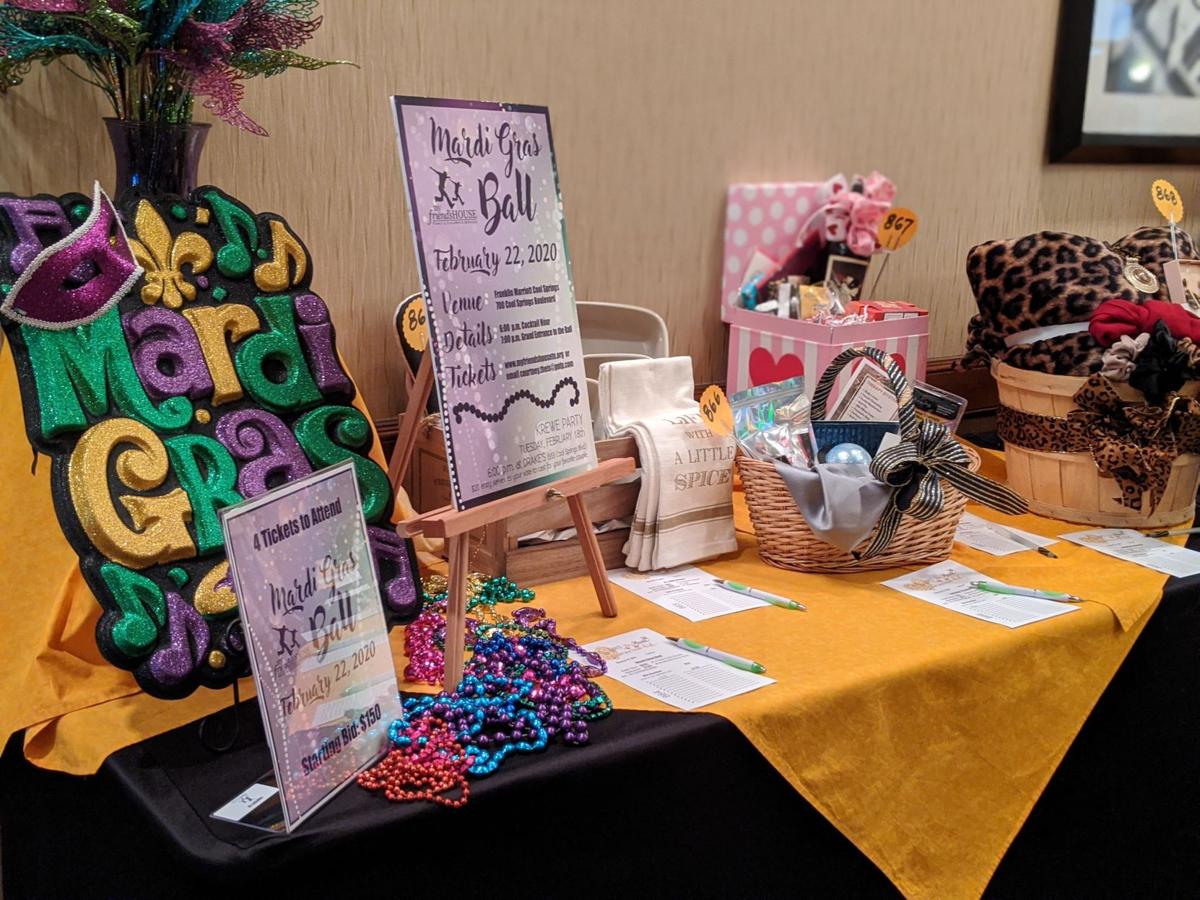 The silent auction preceding the Patricia Hart Sociaty HeART to Heart luncheon featured tickets to nearby events, items from local businesses and big-name brands like Apple and Michael Kors. 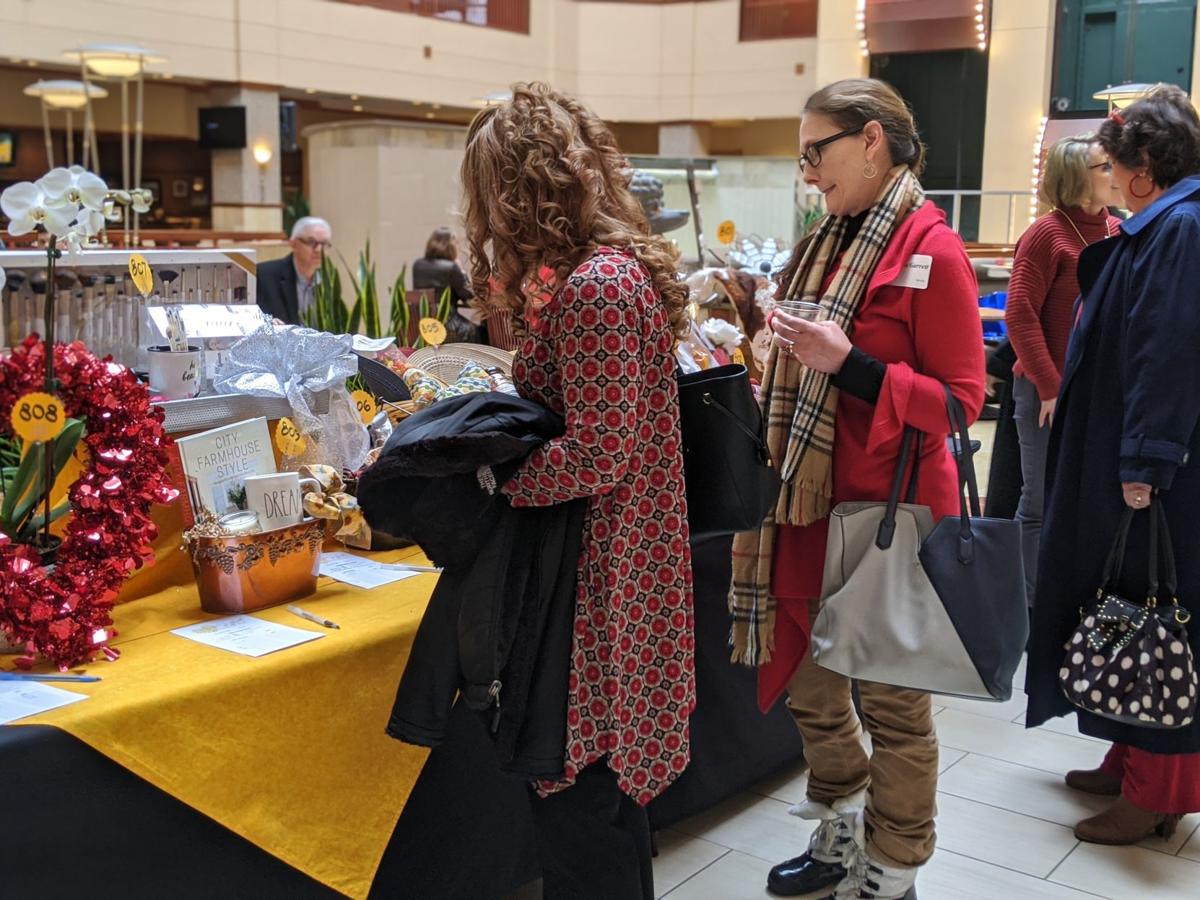 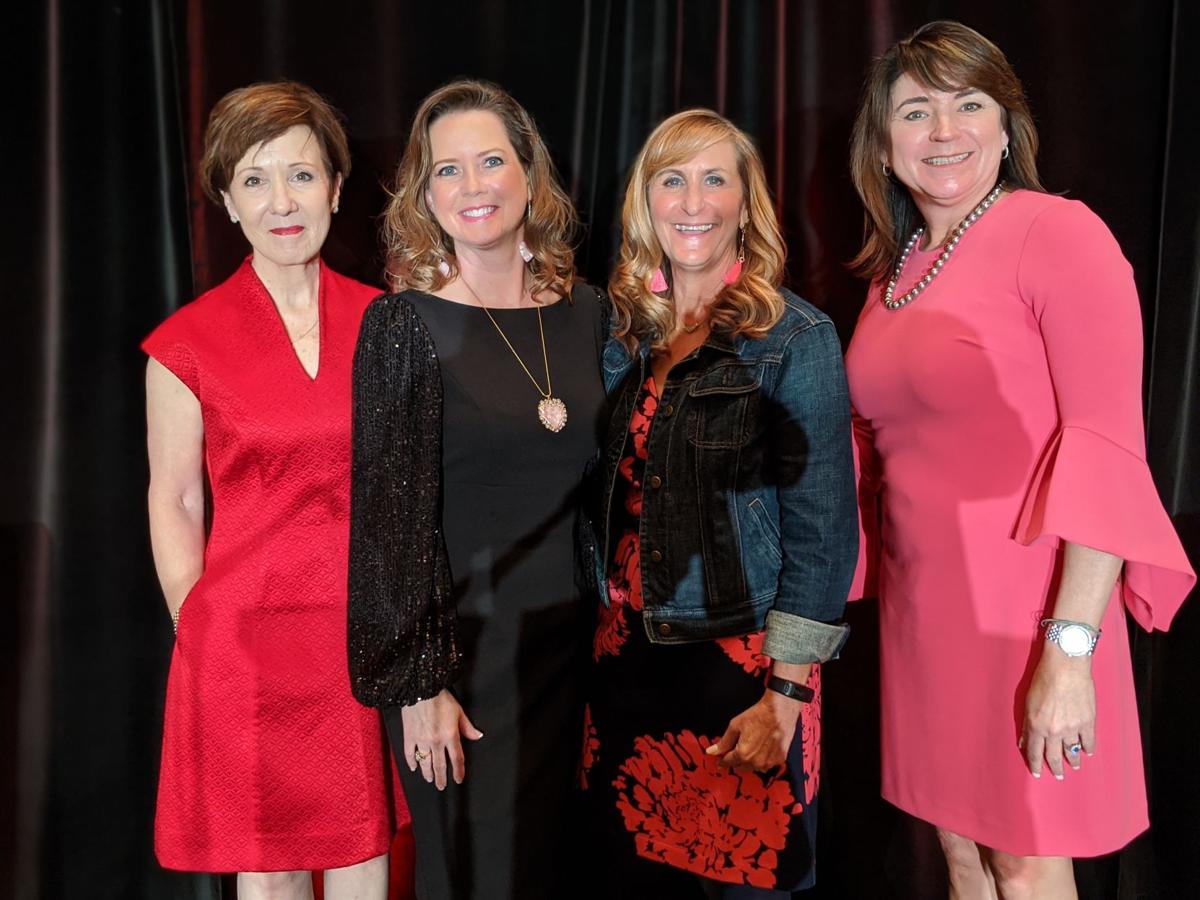 The silent auction preceding the Patricia Hart Sociaty HeART to Heart luncheon featured tickets to nearby events, items from local businesses and big-name brands like Apple and Michael Kors.

Schools, meetings and events canceled all across Middle Tennessee Friday morning due to weather, but the snow couldn’t snuff out the spirit of giving at the United Way of Greater Nashville and Patricia Hart Society HeART to Heart luncheon.

As men and women filed into the hotel lobby, many dressed in their pink and red Valentine’s Day best, they perused the vast selection of baskets and items part of the event’s silent auction — My Friends House event tickets, a Michael Kors bag, gym memberships, “Santa’s junk drawer,” Italian cooking baskets, even Nashville Predators tickets.

The Patricia Hart Society works to support the needs of the community through United Way and its programs, such as Stuff the Bus, which gives backpacks and school supplies to children in need, and Full Tummies, Warm Hearts, which provides food during Thanksgiving break to families who are dependent on school meals to feed their kids. Last year through these initiatives, the organization gave away 3,000 backpacks and food to nearly 950 families.

Patricia Hart Society member Betsy Taubman said HeART to Heart brought in about $40,000 for the organization last year and over $420,000 total since its pilot in 2005.

“This is our major fundraiser every year, so it makes a huge impact,” she said. “It goes to all the different programs that United Way supports, not just one.”

Hassett explained that, as a child growing up in the Bronx in New York, he found himself regularly getting into trouble.

“Both of my parents were working and working hard, and I went off the rails at a young age,” he said. “I basically got into all the wrong things — hanging out around the wrong people, vandalizing homes, stealing cars. You name it, I did it.”

He was sent to several organizations supported by United Way, such as the Boys & Girls Club, and those organizations helped him stay in school. Today, Hassett represents one of the many stories in which United Way provided a turning point.

Carolyn Fleury, one of the event chairs, told the story of Tim, who faced several behavioral health diagnoses, including attention-deficit/hyperactivity disorder (ADHD). As these conditions began to affect his education, a behavioral health counselor at his school provided by United Way worked with him on coping skills, and the organization also connected him with a psychiatrist.

“Tim became very aware of his surroundings and actually learned how to sense when he became tense, and he learned how to sense his reactions before he had meltdowns,” Fleury said. “Now, when he sees other children starting to get upset, you know what he does? He goes up to them, and he talks to them and gives them pointers about how they can calm themselves down.”

Donna Medina, the chair of the Patricia Hart Society board, shared a story about Robin, who struggled with mental illness to the point where it kept her from keeping a job. She went through a United Way vocational training program, which helped her through some of her struggles and matched her with a local cleaning company.

Robin allowed the business to strengthen its local connections, and the job itself helped improve her self-esteem.

Finally, Taubman shared a story about Gina, who was a victim of domestic abuse. She left her husband seven times over a period of nine years but always found herself back with him until one particularly difficult night.

“She had just moved into a new home right here in Franklin. Moving boxes were all still packed, and her husband was in a fit of rage,” Taubman said. “He was drunk and taunting her while their young daughter stood by and watched. That was the last straw for Gina.”

Gina called the police and an agency partnering with United Way, and they helped her and her daughter leave the house. The agency provided the mother and daughter with temporary shelter until they could get the protection they needed from the court and start to move forward on their own.

“[It’s] hard to believe even here in Williamson County, where we see so much wealth and prosperity and growth every day, that domestic violence is still occurring,” Taubman said. “Thankfully, we have United Way partner agencies out there providing us the support and resources to combat this growing epidemic.”

To continue to impact lives in these ways — in education, financial stability and health — and provide better futures for people in need, United Way encourages members of the community to donate and volunteer with the organization. Patricia Hart Society representatives emphasized that they are seeking both male and female volunteers.