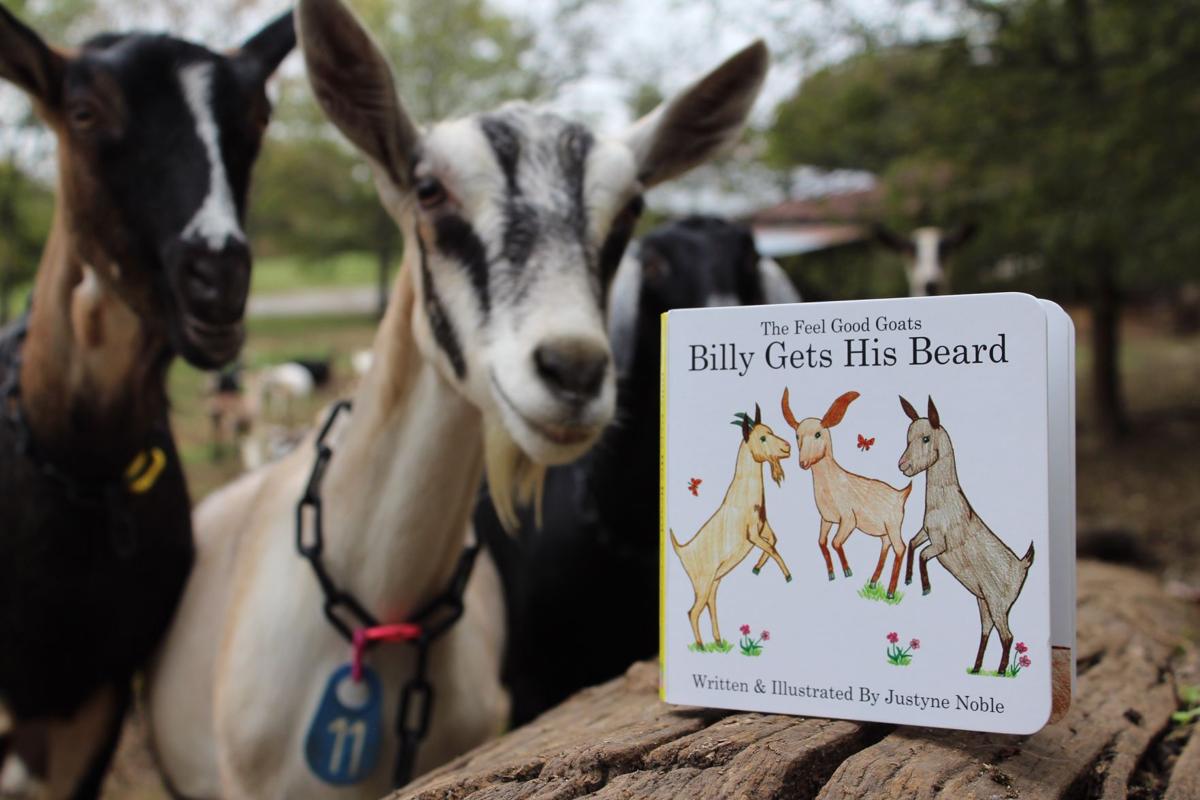 “Billy Gets His Beard” is the first book in “The Feel Good Goats” series. It was written by Justyne Noble, who runs Noble Springs Dairy with her husband, Dustin. 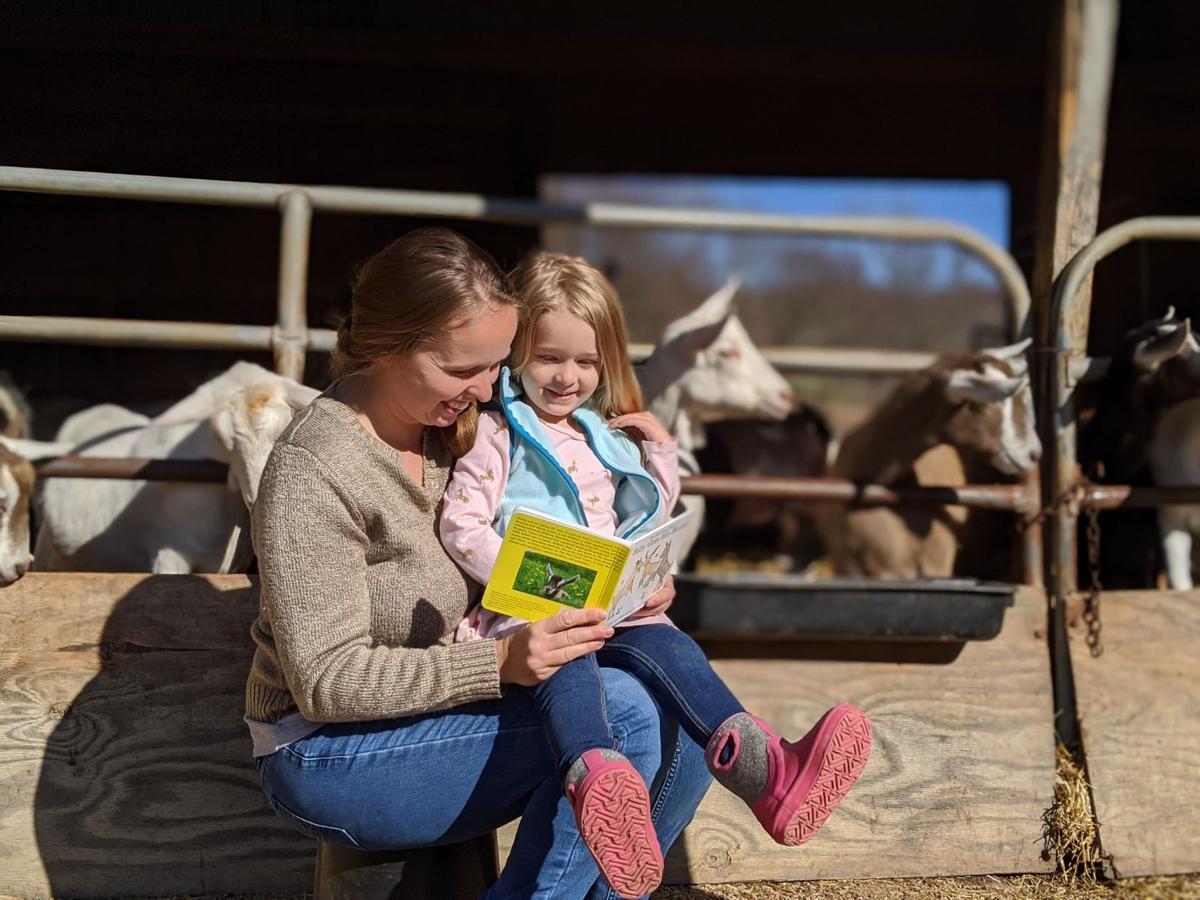 Justyne Noble and her daughter, Brynlee, read “Billy Gets His Beard.”

“Billy Gets His Beard” is the first book in “The Feel Good Goats” series. It was written by Justyne Noble, who runs Noble Springs Dairy with her husband, Dustin.

Justyne Noble and her daughter, Brynlee, read “Billy Gets His Beard.”

Just in time for the holiday season, Noble Springs Dairy in Franklin is becoming a one-stop goat shop. Hoping to spread joy through a story inspired by her everyday life, farmer and entrepreneur Justyne Noble has added a children’s book to her array of products.

Noble has run the goat farm with her husband, Dustin, since 2009 and has proven herself a bit of a Renaissance woman. Not only does the couple sell a variety of goat milk products — milk, cheese, yogurt, fudge, soap and lotion — and host special events such as farm tours, goat cuddling, goat yoga and cheese tastings, but Justyne also creates T-shirts and hats and now offers a self-published kids book — pun intended.

Justyne and Dustin grew up with goats, and starting their own farm felt like a natural next step after college and marriage. Over the past 10 years, the couple has continually added new products to its arsenal and sought new ways to involve the community in their farm.

“It seems like, over the last few years, the popularity of goats has really grown, so we have looked for ways to get people involved with goats because they want to be involved, but they don’t necessarily have goats,” Justyne said.

She recalled one day when she took some of her baby goats to Nashville and was surprised by how much joy they brought people.

“It was just funny how many people were so excited to see baby goats,” she said.

This realization manifested itself in the many events the couple hosts at the farm and has kept Justyne’s mind spinning for new opportunities.

Having graduated from Middle Tennessee State University with a communications degree, Justyne has experience with graphic design, and her natural talent for drawing came in handy. She designed the farm’s logo and one day decided to sketch little cartoon goats in a Nashville setting, resulting in clothes with goats dressed as cowboys, goats with 615 and BNA hats and more.

These sketches have naturally translated into book illustrations.

Justyne said her book, “Billy Gets His Beard,” was largely inspired by her children, 4-year-old Brynlee and 1-year-old Bryant, who follow their parents around the farm as they work.

“They help with a lot of the stuff,” Dustin said. “They hang out while we’re doing work a lot.”

Justyne said Brynlee always wants to hear a story before bed and by formulating nightly tales in her mind for her daughter, “Billy Gets His Beard” slowly came to life.

The first book of “The Feel Good Goats” series features two goats, Gus and Glory, who try to help their other goat friend, Billy, find a beard. Justyne said this story idea was also partially inspired by some of the visitors to the farm.

“Sometimes people come out here, and they’re like, ‘Why don’t they have beards yet?’ And I’m like, ‘Well, they have to get a beard when they get older,’” she said.

She said she has two additional books written, one of which is illustrated, and she hopes to publish the next one early next year. But for now, she is focusing on the current story, hoping to sell it at local bookstores and shops.

Families can find “Billy Gets His Beard” online at thefeelgoodgoats.com and can follow along with the book’s journey on Facebook and Instagram @thefeelgoodgoats. Additionally, the family is hosting farm tours on Friday and Saturday.

The Nobles also sell the book along with their other products on their farm website, the Nashville and Franklin farmers markets and the farm itself. For more information on Noble Springs Dairy, visit noble-springs.com.