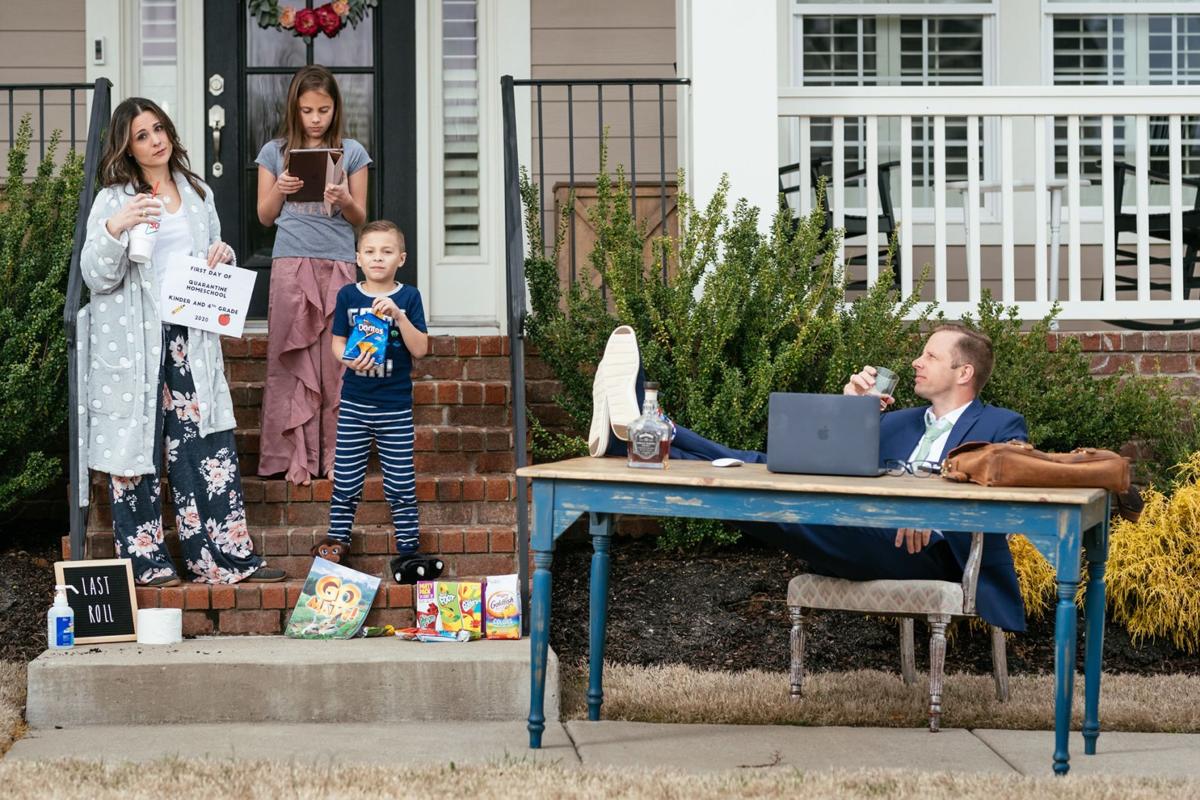 Marissa and Clayton Hromadka pose with their kids in the Tywater Crossing neighborhood on Saturday, March 21, 2020. 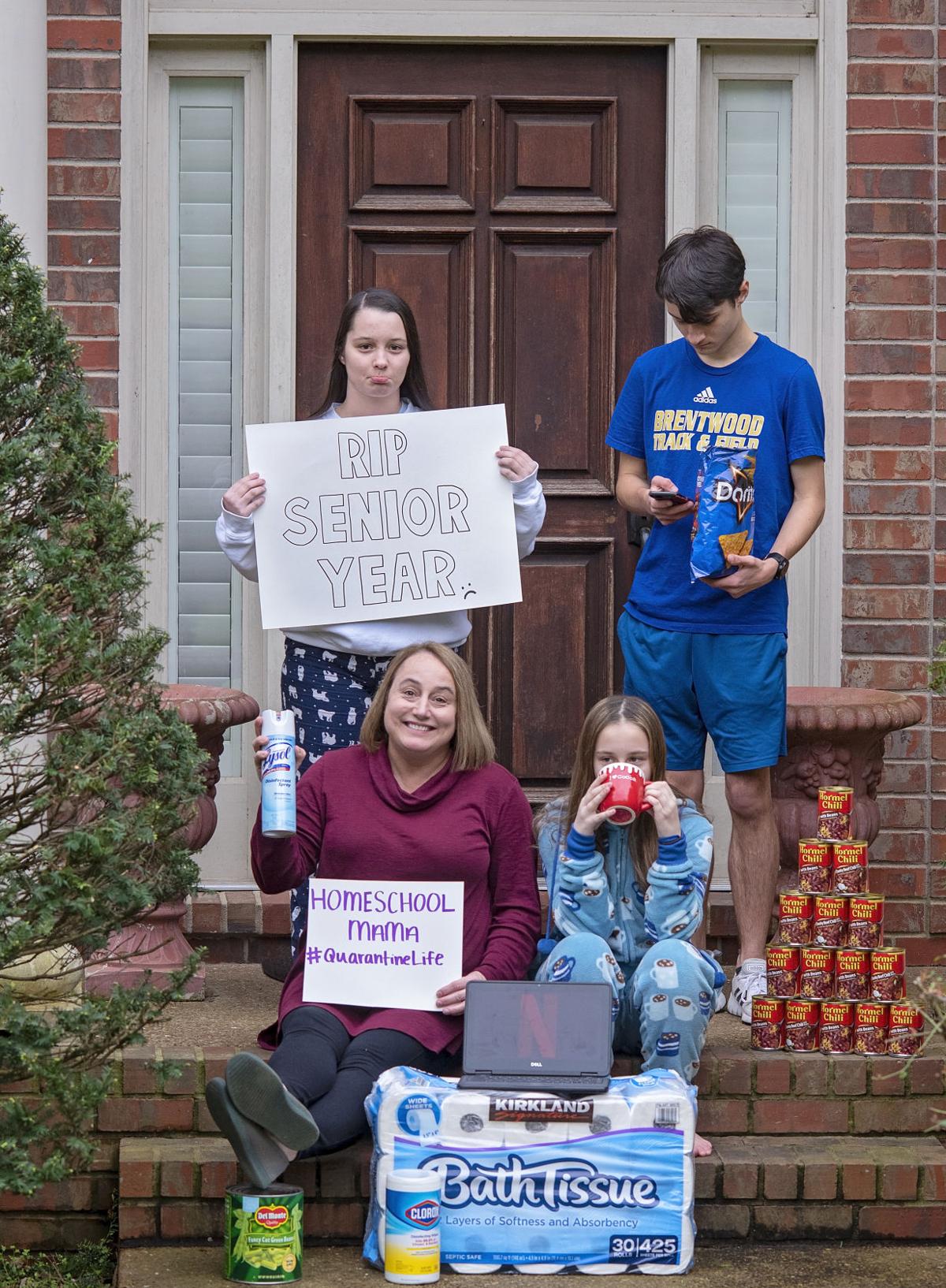 Marissa and Clayton Hromadka pose with their kids in the Tywater Crossing neighborhood on Saturday, March 21, 2020.

On Saturday morning around 1 a.m., Liraz Friedman-Pustizzi couldn’t sleep. She was feeling gloomy and depressed by the state of world during the COVID-19 pandemic, with more deaths and closures being reported daily.

That’s when the idea of neighborhood quarantine photoshoots occurred to her.

“I was lying in bed and thinking about ways to spread a little joy, and it just seemed it was appropriate this way, as photography tends to be how I express myself,” she said.

A wedding and family photographer who opened her business in 2012, Friedman-Pustizzi said she had canceled many clients in recent days because of the coronavirus epidemic.

But going door to door and shooting photos was a way to interact with others at a safe distance, and break up the monotony of the day. Friedman-Pustizzi posted on NextDoor about her plans, and had several families respond.

“It was such a great, positive distraction for my family,” said Becky Drennan, who lives in the Southern Woods neighborhood of Brentwood.

“My kids had the best time coming up with creative ideas for our porch photo shoot. I don’t know Liraz but am so touched by her kindness and creativity. Our photo shoot really made our day!” Drennan wrote to the Williamson Herald.

“Meeting new people and just smiling and being outside is something we haven’t had much of lately,” said Friedman-Pustizzi, who enjoyed the feedback she received from neighbors.

Tausha Dickinson, who lives in Tywater Crossing, also held a neighborhood quarantine photoshoot that got picked up by WKRN.

“I had already been almost a week quarantined myself, and I’m a very extroverted person, so I’m super bummed out that I haven’t been able to be creative,” Dickinson said.

As a full-time photographer for the past 11 years, Dickinson said she needed a creative outlet, and wanted families to have something positive to remember this period in history.

Dickinson gave her neighbors a five-hour advance notice that she would be walking around with her camera, ready to capture photos for any neighbors who wanted them.

After shooting on Saturday and sharing with her neighbors that night, Dickinson was surprised to see her original post rack up tens of thousands of likes and shares since. “I give a lot of credit to my neighbors for being so open and so creative,” she said.

Her shoot inspired another friend, who lives in Colorado, and Dickinson says she has received dozens of messages from other photographers about her idea since.

“This is history, and I have to capture it,” she said.

Westhaven resident Rebecca McVay captured her own photos of neighbors over the weekend, part of what she called the Safe Distance project.

“This past weekend I drove around my beautiful neighborhood and photographed my neighbors on their porches from a safe distance, of course,” she wrote on a shared Facebook post. “I have witnessed humanity at its best. All we have is each other and we will get through this.”