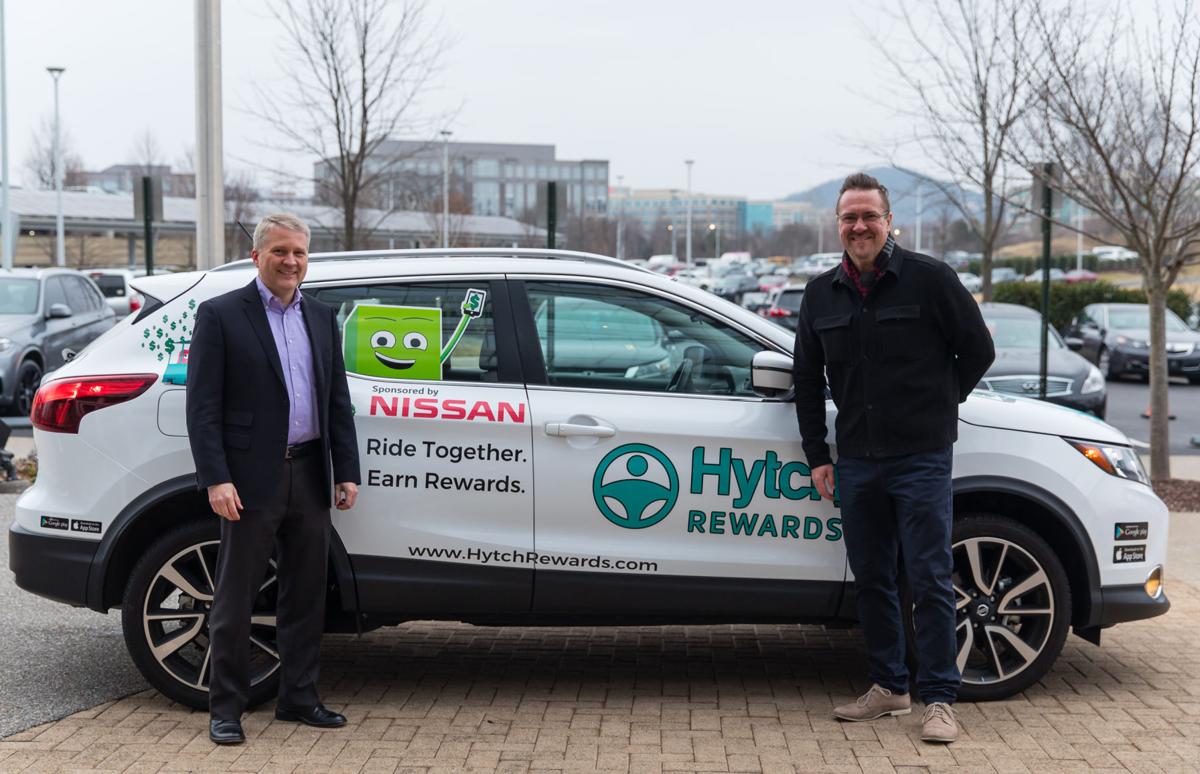 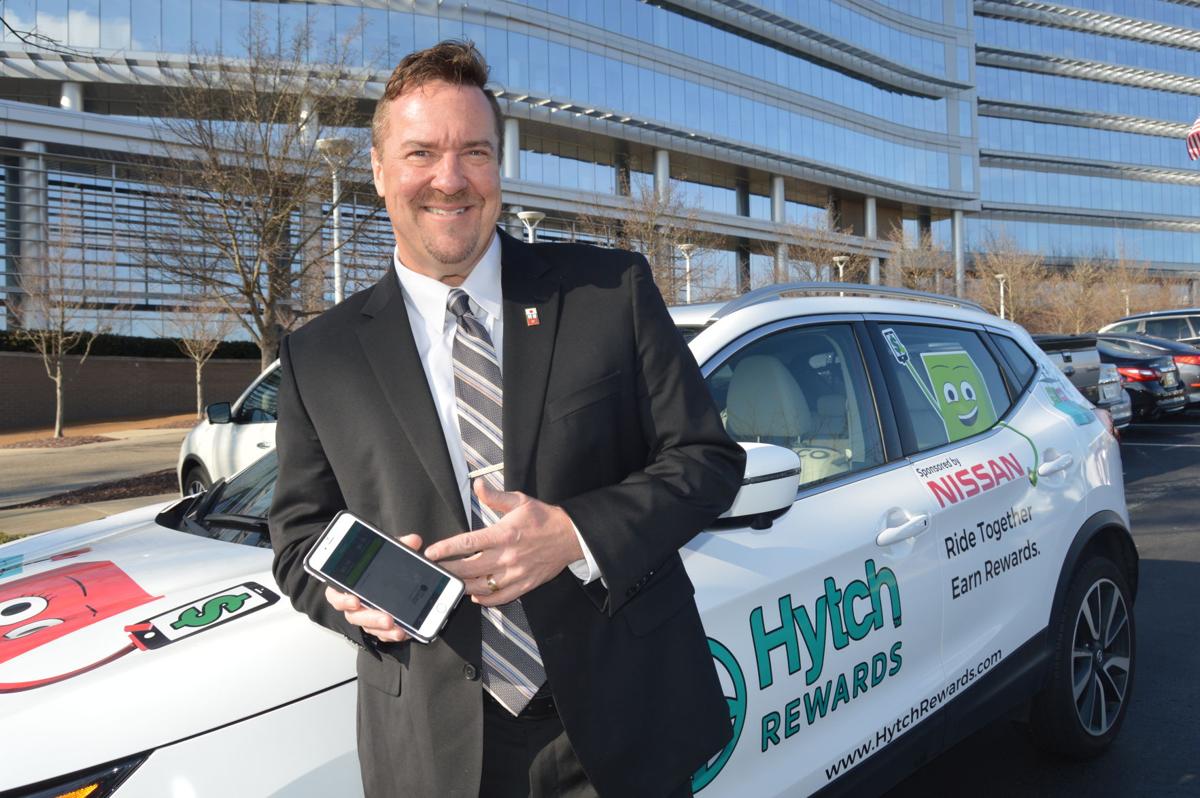 Usually hitching a ride with popular driving services, requires one to grab for a pocket book. However, the new app Hytch to be launched next week offers another transportation solution – cash incentives for sharing a ride.

And the goal is to reduce traffic congestion in Middle Tennessee.

The Nissan North America headquarters in Franklin this week announced its partnership with Hytch, offering cash incentives for ridesharing, carpooling and using public transit. Nissan will offer 1 cent, and 5 cents in Williamson County, per mile for each passenger when driving in a car, any car, with two or more people.

The new app Hytch Rewards, founded by Brentwood entrepreneur Mark Cleveland, tracks ridesharing behaviors and was created to ease traffic congestion and reduce carbon emissions in Williamson County, throughout Tennessee and beyond.

It is not a direct car service or cab but an app that is striving to change transportation behaviors to ultimately reduce traffic.

“Instead of thinking of carpooling last, I hope now people will start to think of it first,” Cleveland said. “That creates a new culture in the car and a great sense of community, while helping road congestion and the environment at the same time.”

About 1 million more people are expected to populate Middle Tennessee in the next 20 years. Already, Williamson County has been recognized as the fastest growing county in Tennessee. Last year, the General Assembly passed the IMPROVE Act, which included revenue from a gas tax hike generating $10 billion in road improvements across the state, aimed to handle the heavy traffic in many growing communities.

However, improving roads might not be the only solution.

Cleveland said he wants Hytch to provide a cooperative, solution-focused way of getting from one place to another. Once riders obtain $10 through ridesharing, they are eligible to “cash in” the pennies earned through using Pay Pal, downloaded straight into their account.

“Hytch is trying to get riders together to incentivize new behavior,” Teeter said.

“This is a new mobility solution that tries to get more than one person in a car at one time so we take some congestion off the roads and bring the community together and provide a benefit for the overall Middle Tennessee area, and to our customers and our employees.”

Teeter said that the app aligns with the Nissan Intelligent Mobility platform, which promotes interactive technology that benefits consumers.

Hytch LLC was also recently awarded the “Emerging Company of the Year” by Nashville Technology Council.

“They are a great example of Nashville’s Creative Tech ecosystem,” said Brian Moyer, President and CEO of the NTC. “Traffic congestion is one of the biggest challenges our region faces. Hytch Rewards uses technology in a very creative and innovative way to help alleviate that congestion. We salute their ingenuity.”

Nissan pays one cent per mile anywhere in Tennessee and five cents a mile when using Hytch to track and share rides in the ten-county area of Middle Tennessee. Franklin Synergy Bank rewards drivers and passengers going to destinations within Williamson County, Rutherford and Davidson County, for example.

“From Murfreesboro to Nashville alone, 38,000 cars are on the road at the same time during rush hour,” Cleveland said. “It’s all friends, neighbors and co-workers, and they all should be Hytching.”

“What better way to reshape driving culture than to provide an incentive? People do crazy things for incentives and rewards, and the thing is, this is not so crazy.”

Hytch Rewards is a free iOS and Android app, expected to launch Feb. 9.

Well at least they are grasping at solutions to the traffic issue by putting a 'shoulder to the wheel' but to solve this problem we'll need more than Hytch, Lyft and Uber. After visiting Nissan North America Headquarters in Cool Springs around 'quitting time' last year, I was amazed to watch their exit doors and parking lot become a wild race to Carothers Parkway and the Interstate! I thought surely a world class business like Nissan would not require and/or allow every employee to clock in and out at the very same time! But apparently they do! Is that really necessary? We will need a lot more ingenuity from large employers like Nissan if we are to solve our traffic woes! For instance, alternating work start and stop times, work from home agreements/arrangements, and/or telecommuting to name a few. Lets not allow our government officials to burden us with light rail and buses that have giant debt consequences and historically do very little to reduce traffic congestion. Lets suggest companies like Nissan with thousands of employees get more creative!